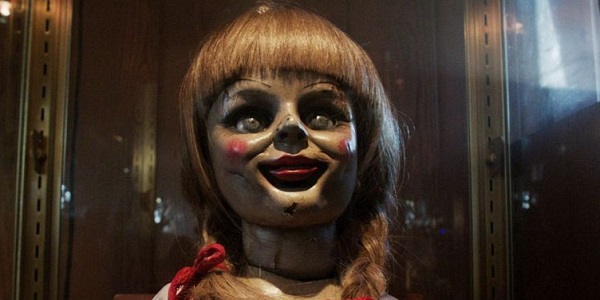 Just when you thought it was safe to trust demonic vintage dolls, Annabelle comes along and throws away all that trust. Capitalising off the success of last year’s The Conjuring, Warner Brothers have quickly churned out its prequel Annabelle. This time around though there are none of the key players from the previous film. That goes for cast as well as crew.  The director of The Conjuring, James Wan, plays the role of executive producer for this film and instead John. R Leonetti directs us through this horror flick.

John (Ward Horton) and Mia (Annabelle Wallis) are a young couple who are expecting a baby. They lead clean fulfilling 1960s lives; they go to church, are friends with their neighbours, don’t lock their doors and as a caring present John gives his wife an antique doll with an extremely unsettling face. What could possibly go wrong? One night their neighbours are attacked by their estranged daughter, Annabelle and her boyfriend who have run away to join the Manson Family. Once enough blood is shed, the two brain washed youths head next door to continue the slaughter. After unsuccessfully attempting to murder the couple, Annabelle locks herself in a room while holding onto the creepy doll. Turns out if you believe in Satan and kill yourself while holding a doll, your evil soul will possess it, provided your blood goes into the doll’s eye of course. Standard stuff really. 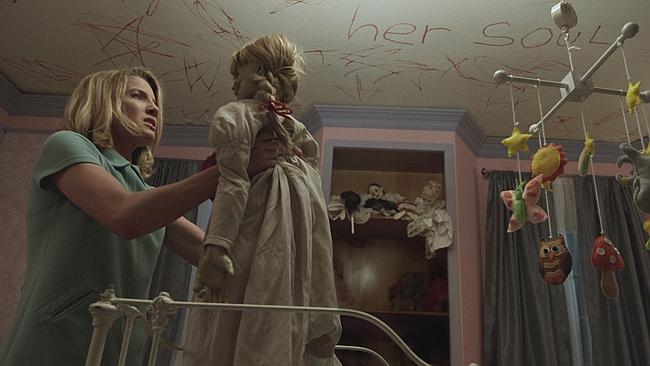 Thus begins the awful ride ahead for these corny characters that have been awfully written by Gary Dauberman. Annabelle is now a demon doll and does scary things like turn on the sewing machine in the middle of the night and messes with the TV reception. No Annabelle you monster! How else will this groovy couple watch their black and white television set and enjoy the Ed Sullivan Show? The movie is later filled with better scares but unfortunately the trailer for this movie pretty much gives them all away. Poor Mia seems to be the only one experiencing these scheduled clairvoyant occurrences while husband John is always conveniently out of the house. This leaves John to play the role of cynical husband who seems to be in all horror movies about ghosts and unseen demons (Paranormal Activity 1, 2 & 3 for starters).

After awhile Mia somewhat catches on to what’s causing these ghostly pranks and decides that moving themselves and their newborn baby out of the suburbs and into an apartment building is for the best. Even though they’ve attempted to convince themselves that it’s the house that’s cursed they still decide to throw out the Annabelle doll (yay!). But in their move the doll somehow ends up coming with the family and is discovered at the bottom of a moving box. Of course when this happens Mia decides that the doll isn’t so bad despite it’s menacing face and now cracked features and wants to keep it (no!). Now the jump scares become a little freakier. They don’t break any new ground but they will frighten the weak of heart. After some close calls with the new baby and this ghostly entity, Mia and John decide to call in the big guys. They meet up with their priest Father Perez, played by Tony Amendola, to sort out their demonic issues. Amendola, along with Alfre Woodard, are the only two decent actors in this film but regrettably have to work with some poorly written dialogue. 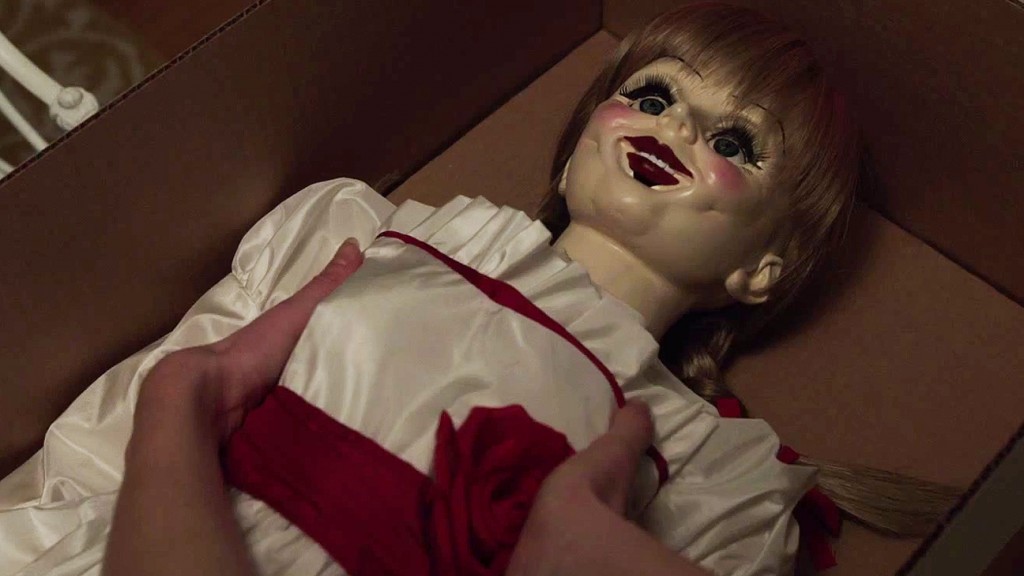 While the movie is scary for the most part, by the end of the film there might be more laughs than shrieks. One scene in particular has Mia screaming at the lifeless doll “What do you want from me!”. Not as terrifying as it is hilarious. So much more could have been with the ‘character’ of Annabelle. She could have been more like Chucky rather than just a movie prop. The benefit here is that the scares rely less on blood and gore and more on tension being built and released. When the guy who directed Mortal Kombat: Annihilation and The Butterfly Effect 2 takes over a prequel to a commercial and critical success, it’s obvious things have been sped up to trick audiences into seeing this. In an environment where Hollywood is making cookie cutter sequels, prequels, revamps and remakes more than ever it’s clear Annabelle’s shelf life won’t last long.