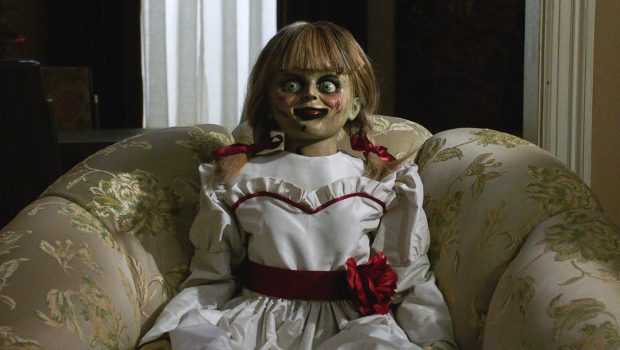 Annabelle Comes Home is the seventh entry in The Conjuring universe and the third Annabelle feature. Considering these films are based on true stories via the cases of demonologists Ed and Lorraine Warren, the idea that such a major franchise and cinematic universe exists is absurd. Nonetheless, Comes Home marks the directorial debut of Gary Dauberman, the main writer of the series and other horror films.

Given Dauberman’s middling contributions, our expectations for this sequel are undeniably low. His most problematic efforts include the first Annabelle (2014), the terribly horrific Wolves at the Door (2016), and the underwhelming shocker The Nun (2018). Yet Dauberman has also contributed to Annabelle: Creation (2017), a much-improved prequel, and the Stephen King adaptation It (2017), which was a huge hit. Will Comes Home flounder or be a financially and critical hit for Dauberman?

The story takes place between the opening scene and the main plot of the first Conjuring film. Ed and Lorraine (Patrick Wilson and Vera Farmiga) return the demonic Annabelle doll to the locked artifacts room in their house. They place her in containment behind sacred glass and enlist a priest’s holy blessing.

The terror is only contained for so long. An impulsive decision from a certain character inadvertently unleashes the power of Annabelle. It leaves the Warrens’ ten-year-old daughter, Judy (Mckenna Grace), and her babysitters (Madison Iseman and Katie Sarife) as targets of her wrath throughout a long and torturous night of horror. 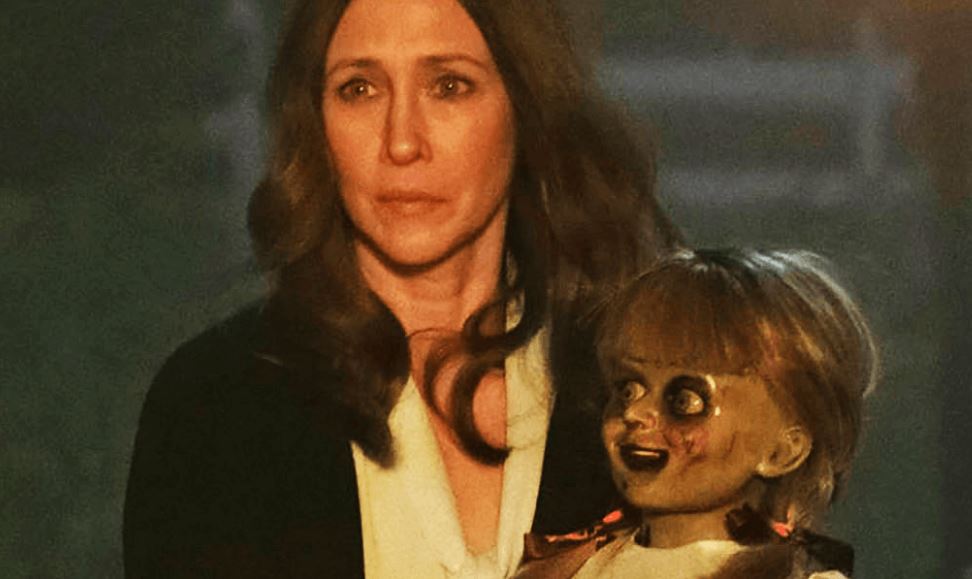 Comes Home is a pleasant surprise and the most fun entry in The Conjuring series. While not as eventful, serious, or as vast as the best entries, its small nature makes it the most likable. The story takes its time to set up the action due to amusing diversions (courtesy of Sarife’s character) and establishing characterisations and horror devices, some of which are intriguing enough to have their own movie. Once the spookiness loosens, it becomes a lot of fun.

Dauberman limits the loud noises that have become so prevalent in the franchise that they have become a punchline, and also the use of Joseph Bishara’s score. The music cues are now impacting when introduced. Due to Kirk Morri’s fluid editing, Dauberman also allows the tension and geography of the settings to resonate before unleashing the terror. The measured approach results in great payoffs, including the use of a projector. Meanwhile, the integration of corny but amusing humour and fun into the mix is handled much better than last year’s The Nun. The film captures the innocent vibe of children’s adventure stories and implements them into its terrifying story. 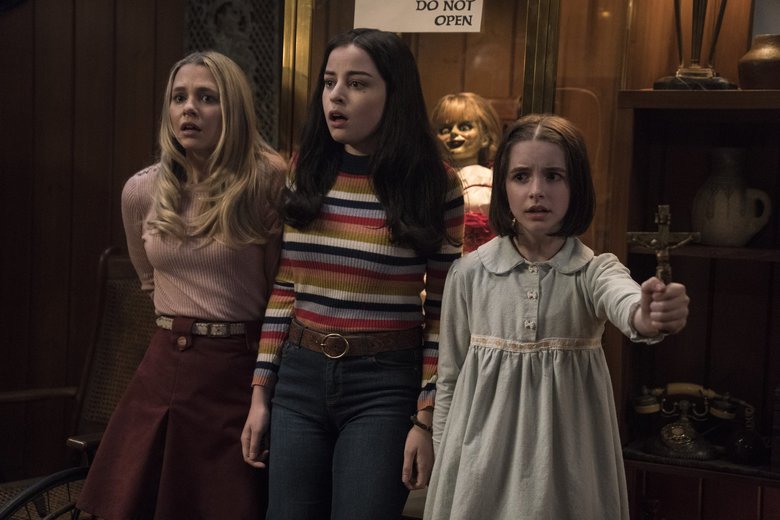 It helps that a small, young cast of only four actors (and cameos from Patrick Wilson and Vera Farmiga) lend enthusiasm and heart to their characters. Mckenna Grace is a talent who has continued to rise since her lead performance in the drama Gifted (2017). Her work as Judy Warren is stellar. Due to her handling of the dramatic and horrific moments, her solid, grounded presence stands out. Madison Iseman (last seen in Jumanji: Welcome to the Jungle, 2017, and Goosebumps 2: Haunted Halloween, 2018) provides welcome support as Judy’s caring and supportive babysitter, Mary Ellen. Michael Cimino (not the acclaimed filmmaker) is amusingly ballsy as the boy next door, Bob, who has a crush on Mary Ellen.

Katie Sarife is the film’s biggest standout. She does very well in the difficult role as Daniela, the meddlesome instigator who is the catalyst of the spooky hijinks. For the audience to care about her character, there must be some justification as to why she makes that crucial decision. Fortunately, thanks to Dauberman’s writing and Sarife’s performance, Daniela’s character arc is surprisingly heartfelt and the best in the film. 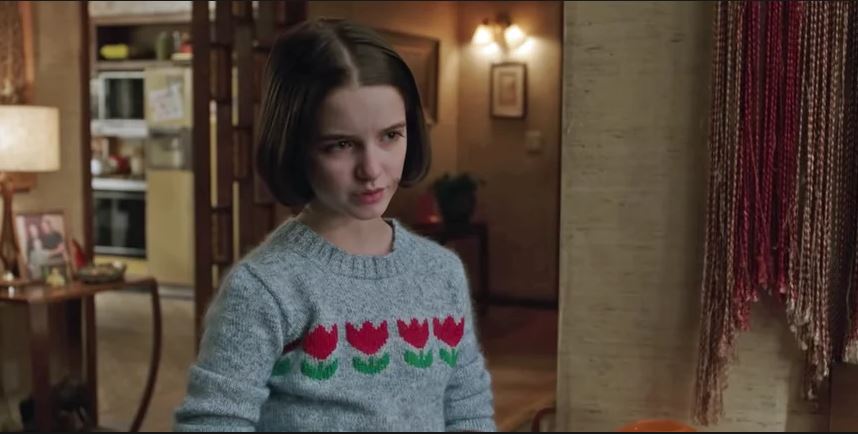 While those expecting a more visceral entry in The Conjuring franchise may be disappointed, Annabelle Comes Home remains a very entertaining diversion from the dour tone of the prequels. It compensates for its understated pacing with good old-fashioned fun, spirited performances, plentiful horror hijinks, and a surprising amount of heart. Recommended.

Summary: Annabelle Comes Home is a pleasant surprise and the most fun entry in The Conjuring series.