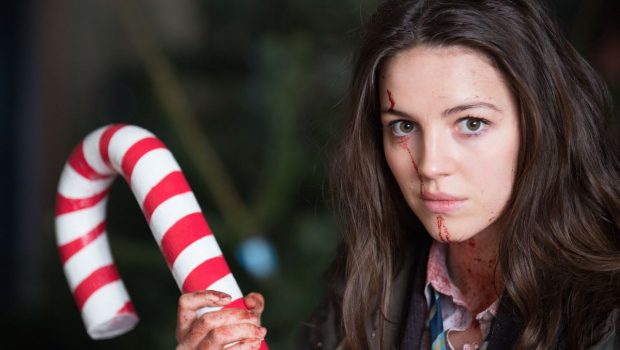 Anna and the Apocalypse – Film Review

There is a lot to love and hate about Anna and the Apocalypse, starting with its semi‑original idea of mashing two genres together.

For the first third of the movie, we are tricked into thinking this will be another high school musical where school kids sing their way through their adolescent problems.

However, in a move towards to originality, writers Alan McDonald and Ryan McHenry have added an extra bite to this Glee-tastic experience. While Anna (Ella Hunt) sings about her problems of teen angst, there is a far tougher challenge she must face and it is not related to her exams.

Instead, Anna and her schoolmates must fight off the undead. Yes, zombies have found a new breeding ground in the musical genre. While the attempt to bite off something fresh is commendable, the movie comes up short. For every idea that’s unique, there’s a million and one high school movie tropes.

There’s Steph (Sarah Swire) who is an awkward but loveable future journalist. Her parents aren’t accepting of her sexuality and leave her behind for Christmas while they dance about Mexico. Then there’s the teen couple that are so madly in love they will make you feel sicker than the scenes of zombie brains being splattered over the school walls. In fact, the characters are very thinly written, which means the film’s main engagement lies in its genre combinations of horror, comedy and musical.

As mentioned, director John McPhail does a decent job of balancing the medley of genres in this horror/comedy hybrid but is also heavily influenced by Shaun of the Dead. Take note of a brilliant scene where the zombie outbreak has initiated but Anna and co, blissfully unaware of the destruction, sing and dance their way to school. While the songs aren’t as good or memorable as other musicals, the novelty of the music in scenes like this effectively covers the film’s plot holes.

It’s a scene that sets the second act in motion and juggles the horror/musical elements of the film nicely, but you can’t help but think the inspiration behind this scene comes from Edgar Wright’s work.

What Anna does accomplish well is its accurate vision of a Gen Y response to the end of the world. Watching the teens talk about which celebrities have bitten the dust and taking selfies with the undead is something that’s (unfortunately) quite plausible in 2018. The first third of the movie asks us to take the problems of these characters seriously but then veers sharply into goofiness as it makes a farce out of the zombie takeover. This works for the most part but the tonal switch is jarring. 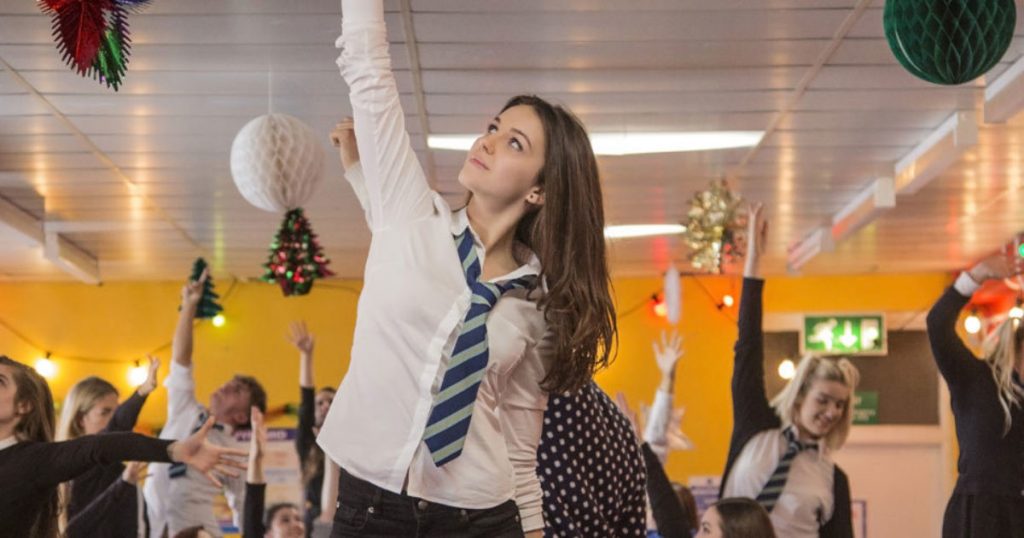 Picture Zombieland (2009) mixed with a half-baked La La Land (2016) and you’ll imagine something close to this movie. Anna and the Apocalypse is a lot of fun with its daring move of genre smashing. It is not a movie you must overthink because it is always enjoyable seeing zombies being killed (again) in fun ways. You will never look at a bowling alley the same after watching this.

Unfortunately, while originality does help, it also doesn’t necessarily make for a good movie. After dealing with these whiny teen characters for more than twenty minutes you will wish the flesh-eating creatures would pop up sooner and devour everyone on screen.

Summary: While the attempt to bite off something fresh is commendable, the movie comes up short. For every idea that’s unique, there's a million and one high school movie tropes.