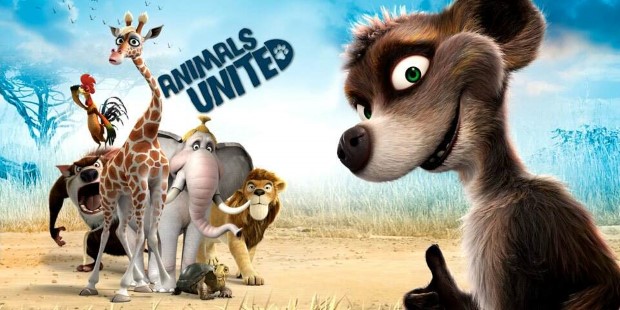 Summary: Animal United makes for a unique, if often quite flawed, viewing experience that, despite its missteps, has its heart in the right place. 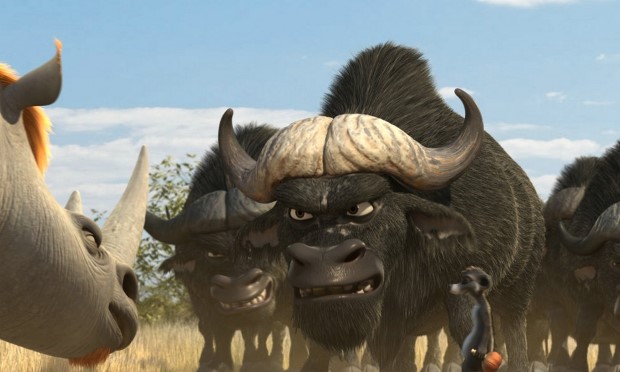 Critically lambasted upon release, you may assume that Animals United is just another shallow, digitally animated cash grab taking aim at the market cornered by animation giants like Pixar and Dreamworks; whilst certainly not without its flaws, and falling far short of the impeccable quality of some of its contemporaries, there are still some compelling reasons to give this little film a chance.

Possessing a strong environmentalism theme and dealing with issues such as humanity’s impact on the earth and ecosystem of the animals upon it as we greedily consume natural resources, Animals United can be commended for presenting a valuable and important message for the younger generation, if nothing else.

Opening in Africa, the film introduces us to the vegetarian lion Socrates (Stephen Fry) and his buddy Billy (James Corden), a cheeky meerkat, as they struggle to contend with a water shortage caused by the erection of a huge dam.

Billy decides that travelling through the ominously titled Valley of Death is the only way to locate water after he narrowly escapes an attack by rampaging herds of Rhinos and Water Buffaloes fighting over possession of the last known watering hole.

Joining him on his journey is a motley crew of refugees from other countries, each of them encountering their own narrow brush with death due to the actions of humans – Sushi the polar bear, stranded due to glacial melting caused by greenhouse gases, a rambunctious Kangaroo voiced by Jason Donovan and his flatulent Tasmanian Devil pal Smiley, both of whom barely survived a bush fire caused by a motorcycle riding buffoon, Charles, a rooster with a heavy French accent, who narrowly escaped a cruise ship Chef’s cleaver by jumping overboard and a pair f ancient Galapagos turtles who have been forced from their long time home due to an oil spill.

Together the animals must band together to face off against the humans who have built the dam in order to create the luxury resort Eden Paradise – A hotel with numerous artificial lakes and a Chimpanzee named Toto as its mascot – without a thought to the impact such a construction would have on the local wildlife.

Clearly Animals United has a fraction of the budget of many similar films, and sometimes it really shows, but for the most part the digital animation is competent and detailed enough to enthral younger viewers, although older viewers will notice repeated animation cycles and models used in scenes such as the Rhino/ Water Buffalo face off. The main issue I personally had with when watching the film is that the audio is constantly out of sync with the English dub, which is to be expected considering the film’s German language origins but it is still glaring enough to be quite distracting and to break immersion.

However, it’s the target demographic of young children that the film aims for, and for the most part they care little about syncing issues and cheaper animation; indeed my little ones both sat transfixed in front of the screen throughout the film’s entire duration, no small feat when one considers that very few films manage to capture their interest from beginning to end, and it is this observation which made me realise that I should sit back and stop being so critical of the technical aspects of Animals United and, rather, just watch the story unfold.

As to be expected given its limited budget, Roadshow’s transfer of Animals United can’t quite compete with the visual quality of blockbuster films like Monsters University or Frozen; however, considering their modest production resources, Constantin films have done an admirable job and Roadshow’s visual transfer complements their efforts nicely. The 1080p AVC encoded Blu-ray transfer nicely depicts the texture and fine details of the characters and the environments, with everything from the dusty plains of the Savannah to the sterile offices of the human antagonists reproduced accurately. The colours are vivid and crisp and black levels are suitably inky, with the finely rendered nuances of the digital animation resplendent in their display.

In the audio department Animals United is equipped with a DTS-HD 5.1 track that takes full advantage of a dynamic sound set up. There are some issues with dialogue levels seeming slightly muted when compared to the booming and bass heavy action effects such as stampedes and the attack on the Dam wall, leading to uneven volume levels that’ll have you quickly scrabbling for your remote to turn the volume down after cranking it up to hear the quieter dialogue heavy scenes.

Aside from the volume issue, the audio mastering is competent for the most part and shouldn’t raise too many issues that will hamper the viewing experience.

The only extra is a Making Of featurette that offers a look behind the scenes of the animation process and other aspects of production. It’s actually quite interesting to watch, packed with little tidbits of trivia like, despite Animals United being animated, the German crew actually travelled to Africa to take reference shots of the austere landscape and stayed for the duration of production. Heavily subtitled, there are numerous interviews with animators regarding the duties of different departments, the challenge of making the film in stereoscopic 3D (Although the film only sees a 2D release on our shores), the dubbing sessions with the English language cast and much, much more that’s covered in this brief but fairly comprehensive featurette.

The storyline is a little muddled and clichéd and the overall look of the film is cheaper than what many will be used to, but Animals United provides a fun and, more importantly, insightful experience for the younger generation, opening up the opportunity for discussion regarding the environment and how our interactions with it have a ripple effect that can affect future generations, not only of animals but of humans as well.

Of course, when talking animals are your main protagonists, there are all manner of chase scenes and other hi-jinks to entertain the little ones and a healthy dose of juvenile humour, both of which can get a little tiresome for older viewers and some may also be deterred by the anti-consumerism subtext and the perception that the film is cramming the green message down our throats (And admittedly, at times it can be a little heavy handed), but this little fable about the mistreatment of Earth and its resources can provide an nice evening’s entertainment for the littluns.

Animal United’s international origins are evident by the intensity of its core message, one which would have no doubt been hammered out of the film had it gone through the American studio system, and makes for a unique, if often quite flawed, viewing experience that, despite its missteps, has its heart in the right place. 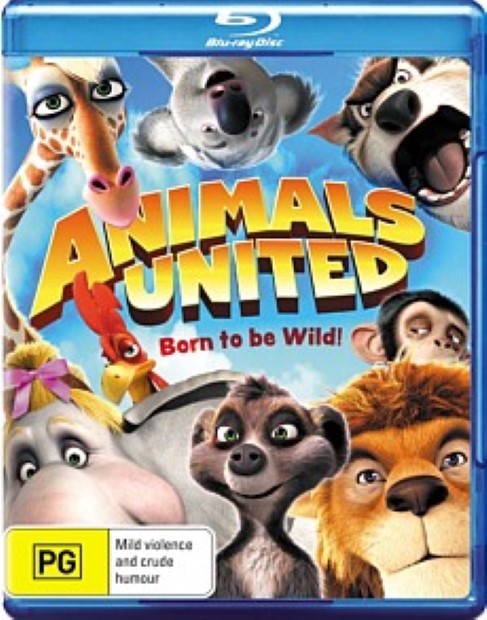