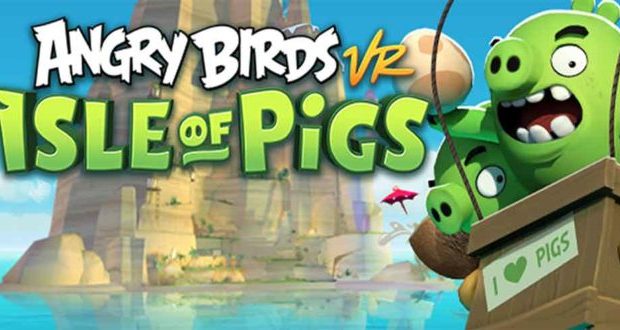 Summary: Angry Birds Vr: Isle of Pigs is just the "you are there" ticket for a fast step in and out of a game distraction with the fun twist of VR.

Angry Birds, In your Face!

I don’t know why I never thought that Angry Birds would never come to VR. In reality it is a perfect fit. It is crazy immersive and is a perfect fit for VR. It is not so crazy that you have to worry about motion sickness and the game design is such that you can play it in small bites if you want or a fun filled evening gaming with friends and family.

Right now the game has something like 50 levels which is insane, that just is not enough it seems because word is the designers plan to do even more with the VR experience in the future with more levels.

This time around as the player finds themselves in Angry Birds VR: Isle of Pigs…. The main location is a remote island that we find that the green pig characters take vacation. Hey! A pig has got to get away from it all sometimes after all. We have beaches, cliff faces, and of all things snow slopes. Of course as we all know we have to earn our stars by destroying the Pig’s structures in the best and most bombastic way we can. 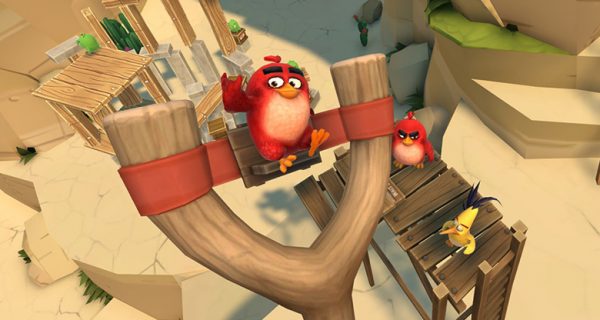 For those with the Angry Birds itch that they just can’t seem to scratch enough…yea you, we are all addicted and we may as well embrace it and have a blast.

Developer Resolution Games gave us all something we never knew we needed. Angry Birds in VR. It is now my go to game for a bit of relaxation.

Somehow this simple game of physics is even more fun in a game world where YOU ARE THERE. It really makes choosing the most optimal angle to launch your angry bird on its kamikaze mission feel much more involved. 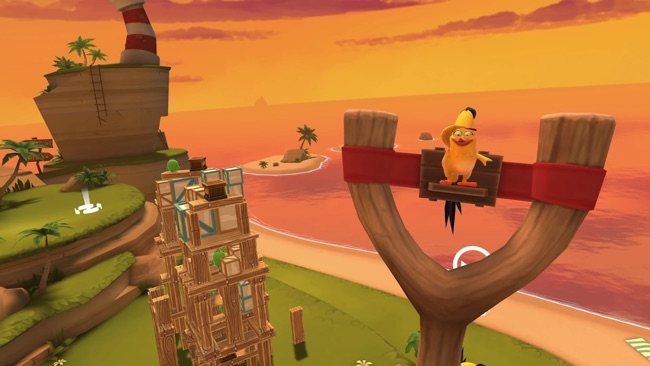 It’s all here, those odd puzzles with the boss pigs, boulders, balloons, and your trusty sling shot. Your goal to take the target down and get the best possible score you can. To earn even more points, there are certain birds that have a little more abilities that will up the score. From more explosive impacts, to more speed. Either way deal enough damage and you get rid of the enemy pigs.

Scores are better if you can manage to take out the presented target with as few birds as you can. At the end of a puzzle the score is compiled with several factors in mind including number of birds left, the overall damage done. It is rather a cliché to say how addictive a game can be, well this game is fun and addictive and that feeling of taking out a target with very few shots is actually rewarding. Watching the destruction caused as it cascades from your shot like the proverbial dominoes effect is a bit of a rush. 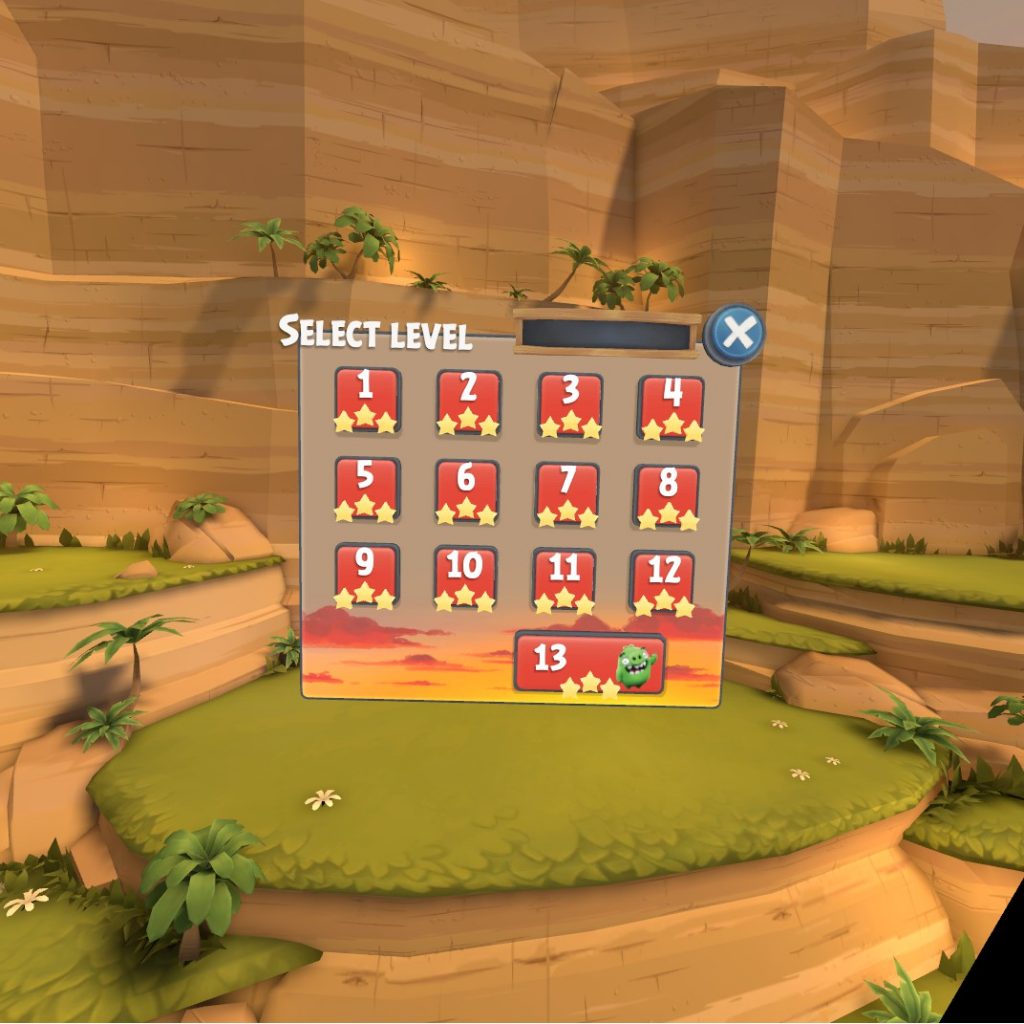 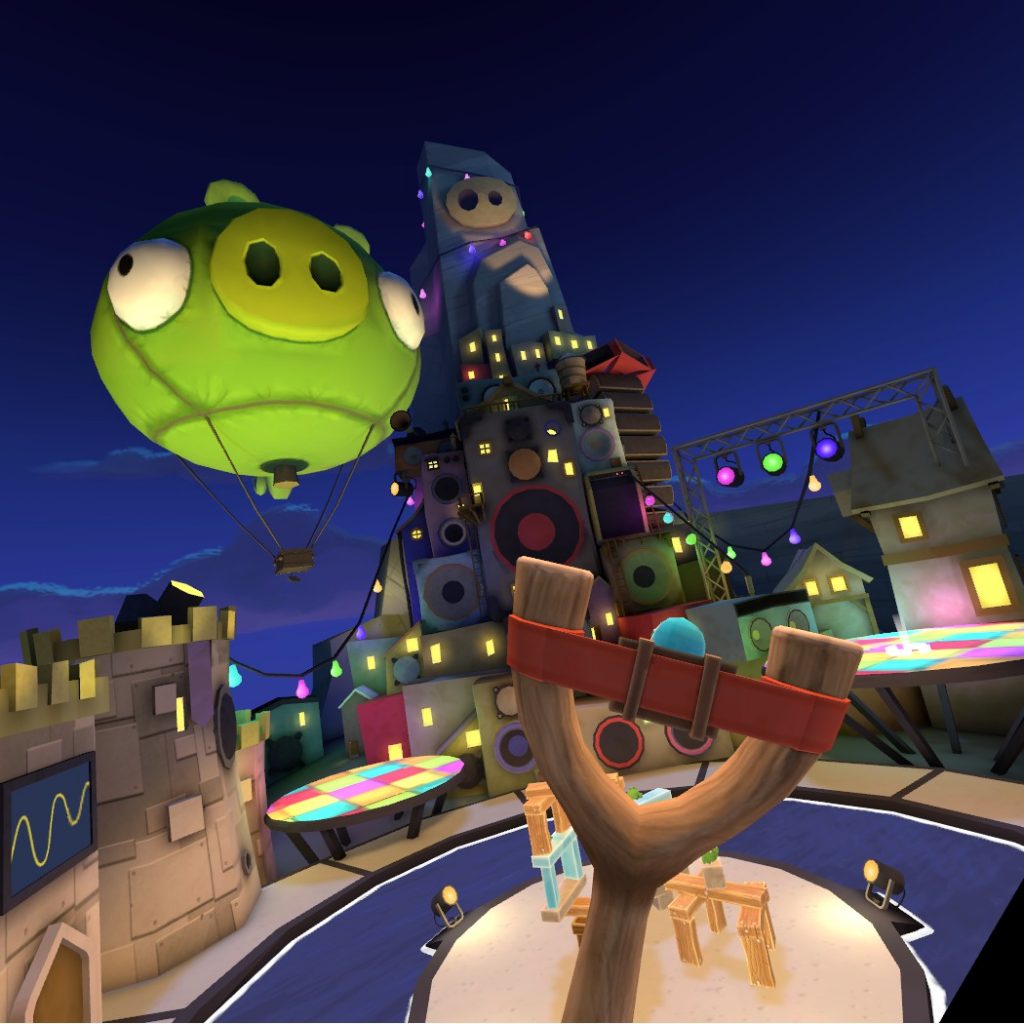 Players also have a chance to scope out a few different firing points so they can gauge the best points of attack for themselves. At this time there have been updates, such as players can change the handedness of the sling shot, to either right or left handed, or turn the sling shot aim guide off to put forth a bit more challenge in the levels….there is a fun little update of levels called Angry Birds: Isle of Pigs Spooky Update: The Revenge of Dr. Frankenswine. Adding more puzzle levels for players to blast as they try to stop Dr. Frankenswine. Developers say there is even more levels planned for the title. 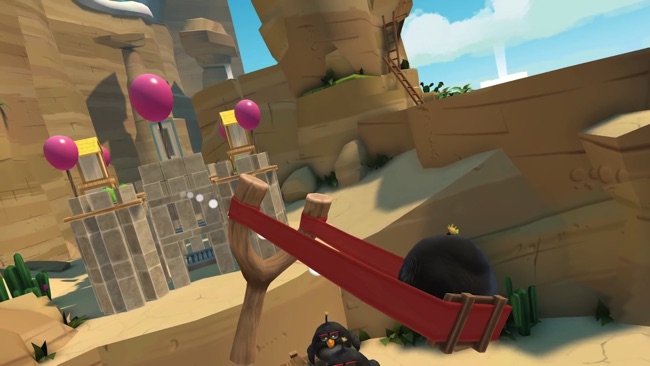 It’s more Angry Birds and it’s good and fun and to the point. Because sometimes you just need a game that you can step in and out of just for a bit of fun distraction.Angry Birds: Isle of Pigs. What are you waiting for? Get your virtual anger on!