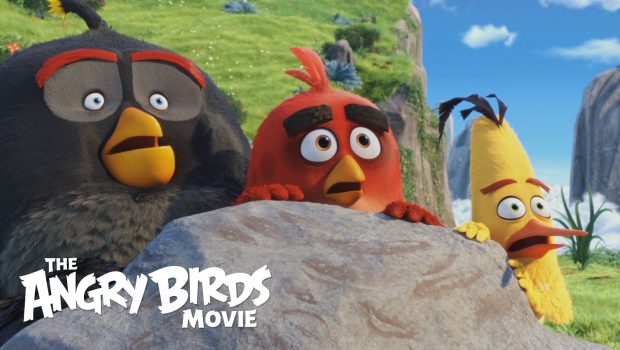 Based on the most downloaded app of all time (nearly 3.5 billion downloads), finally find out why the birds are so angry in The Angry Birds Movie. The highly awaited hit animated comedy takes us to an island populated entirely by happy, flightless birds – or almost entirely. That is of course until the arrival of suspicious green piggies who threaten to overrun their haven. Bring home the party with the all-star voice cast including Jason Sudeikis (Mother’s Day, Horrible Bosses 2), Josh Gad (Pixels, Frozen), Maya Rudolph (Big Hero 6, Bridesmaids), Bill Hader (Brooklyn Nine-Nine, Trainwreck) and Peter Dinklage (Game of Thrones, X-Men: Days of Future Past).

The flightless birds of Bird Island lead a mostly happy existence, except for hot-headed Red (Sudeikis), who just can’t get past the daily annoyances of life. His temperament forces him to take anger management classes alongside the speedy Chuck (Gad) and volatile Bomb (McBride). In this paradise, the trio of misfits has always been outsiders.

But when Bird Island is suddenly visited by mysterious green piggies who overrun its feathered brethren with offerings like helium balloons, explosive eggs and innovative slingshots, it’s up to these unlikely outcasts to figure out what these mischievous little piggies are up to in order to save their home.