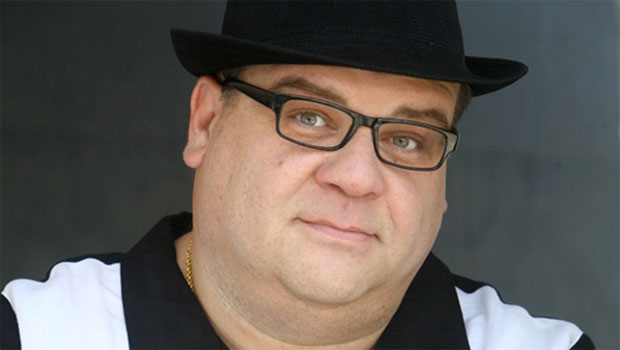 Summary: Angelo Tsarouchas The Funny Greek is another must see comedian at the Melbourne International Comedy Festival for 2016!

Canadian born Greek Angelo Tsarouchas is indeed The Funny Greek as he brings his quirky humour to the 2016 Melbourne International Comedy Festival as this joyous and cheeky comedian lets loose his larger than life comedy on the audience at The Greek Centre on Lonsdale Street Melbourne. From the very first moment that Angelo walks out on stage, you already know that you are in for a treat from not just the anticipation of the crowd but also the mannerisms and carefully chosen words of Angelo as each joke ends with a mischievous grin. He even laughs about his weight, adding that it’s very difficult to eat healthy in US and given that he has lost some weight, other larger people think that he works out in the gym.

Angelo starts his show by talking about the weather and how many Greeks are ho-hum about the weather but always interested to see what the weather is like somewhere else in the world. He then discloses a little about his family and how smartphones are actually making us lazy with people texting each other to call them and of course auto-correct which does not always work as planned. Angelo laughs at how his 3-year old daughter has asked for an iPhone 6s and he’s like why do you need a smartphone and what are you going to text to your friend… this juice is nice? The Funny Greek also teases the audience about how nervous he was asking his second wife to marry him, adding that proposals should be done near cliffs in case they say no like the man who proposed to his girlfriend at a Lakers game in LA with 20,000 people watching. In terms of his second wedding, Angelo jokes how he negotiated with his Armenian wife that he had wanted 300 guests, whereas she wanted 800 and the compromise was 800.

It should also be noted that even though Angelo has a Greek background, he does make reference to his heritage with the odd Greek word dropped in here and there but his comedy is universal and his anecdotes are relevant to everyone. As the show progresses, he then goes on to explain the difference between men and women which had the entire audience in hysterics, adding that females are always thinking with this hamster on the wheel inside their brains, whereas men will do anything for sex. Angelo then gives the men at The Greek Centre a word of warning to never play the game “if there was one person you could sleep with who would it be?” with his wife choosing Johnny Depp and him picking Rebecca, the local pharmacist. Sure, this game backfired for Angelo but he no longer needs to pick up his prescriptions! Furthermore, the comedian teases the audience about his “internet research” late at night when he received a call from stranger concerned that she was pregnant and didn’t know who the father was with Angelo laughing that he took the call, adding that his research was still downloading.

Angelo Tsarouchas successfully discloses his mixed Greek and Canadian heritage plus living in the United States to the audience as he throws a variety of comedy curve balls at the audience with most squarely hitting the mark. As the audience laughed out loud at The Greek Centre, Angelo left the audience with a fond memory about his stories and anecdotes that was filled with humour and passion. Indeed, Angelo Tsarouchas is The Funny Greek and even if you don’t have a Greek heritage, this comedian is for everyone and his show successfully ticks all the right boxes for a great night out!

For more information, please visit http://www.comedyfestival.com.au/2016/season/shows/the-funny-greek-angelo-tsarouchas and his official web page at http://www.tsarouchas.com!