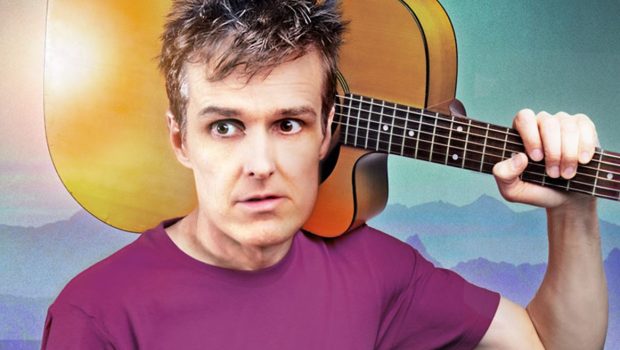 Andrew Hansen – EVERYONE ELSE IS WRONG

The world is doomed, right? Wrong. Because the star of THE CHASER’S WAR ON EVERYTHING and STORIES FROM OZ is here to solve all its problems – using only a piano, a guitar, and an unshakeable conviction that everyone’s going about things the wrong way.

Andrew Hansen should know. With iconic TV characters like The Surprise Spruiker and Clive the Slightly-Too-Loud Commuteras well as stand-out musical numbers like ‘The Eulogy Song’, he has a track record of always being correct about everything.

Now he brings you a sizzling new slate of music and sketches about how things ought to be done. Because just like you, Andrew Hansen knows EVERYONE ELSE IS WRONG.

Andrew’s work has garnered two Logie Awards and the AACTA Award for Best Performance in TV Comedy. His voice range is as versatile as they come, from dramatic deep reads to hilarious characters to straight sincerity. (Except for the sincerity.) And as a singer, he’s fronted all The Chaser’s songs in styles ranging from rock to cabaret to teen pop.

Andrew is also an author of a children’s book series Animal Mummiesco-written with Jessica Roberts.

EVERYONE ELSE IS WRONG – AUSTRALIAN TOUR 2022