Welcome to Impulse Gamer Andrew (aka Max Steel) … Tell us how you became involved in Max Steel?

Hey guys, thanks for having me! After several rounds of auditions, my agent called with the good news that I’d booked the role, and we started recording shortly after.

What is one super power that you would love to have?

I would love to have Turbo Flight! I’d jet over to a sunny island and Turbo Surf until I was old and grey.

What is the most challenging aspect of being part of Max Steel? Most rewarding?

Playing multiple characters on the show is very rewarding, but also very challenging. Voicing three characters in a scene, jumping from voice to voice, changing your tone and inflection, can be quite difficult. Although, having an opportunity like this is a voice actors dream and I wouldn’t trade it for the world! 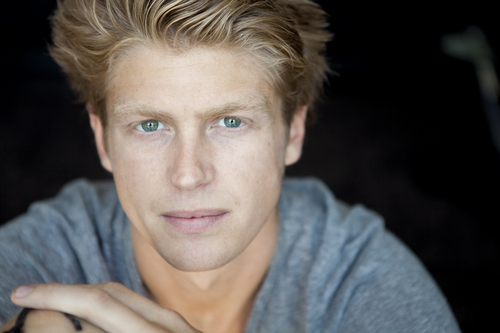 As a kid, which hero did you relate too?

Being a voice actor from an early age, I’ve worked with the actors who voiced the Ninja Turtles and the X-Men. So very quickly, my heroes became the men and woman who were working around me. What’s awesome is that most of us are still working together to this day.

Why do you think Max Steel is so popular?

The magnificent voice acting? Haha. Just kidding. I think Max Steel is so popular because Max McGrath is such a relatable character. He goes through the same issues that teenagers go through nowadays, while also juggling being a super hero. How much cooler can you get?

Apart from Max, who is your favourite character in Max Steel?

Definitely Toxzon. I love how crazy evil he can be one moment, and then a moment later, he’s baby talking a plastic fish. What a weirdo…

Aside from Max Steel, what other roles are you involved?

Why does voice acting appeal to you?

I’ve done it from such a young age, and every year I seem to love it more. It’s such a creative atmosphere and the people you work with are a total blast. We never stop laughing.

What is one comic book character that you would love to voice?

Always wanted to voice Wolverine. I’ve been close a couple times, but it just wasn’t my day.

Thanks Andrew and all the best!