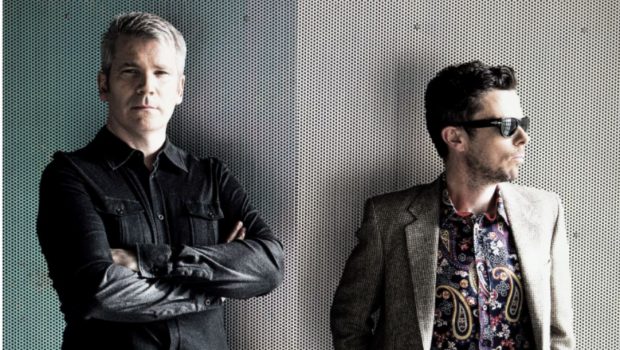 We catch-up with Andrew Coates from the truly awesome Black Cab who will be playing at Melbourne’s SUPERSENSE program at the Arts Centre!

What are you most looking forward to Melbourne’s SUPERSENSE MINIMAL program?

Evoking some of the great Krautrock and Kosmisch sounds from some amazing 1970’s German artists we’ve always loved (like Neue, Harmonium, Can and 1970’s Tangerine Dream). Not quite sure how we’ll go about this but it’ll def. be A Thing.  It’s super weird that we’ve supported both Tangerine Dream and Can’s Damo Suzuki. So we’re obviously now experts.

Can you explain your involvement in the program?

No idea! I think they needed some local synth weirdness with a kraut flavor which kinda narrowed it down. We’re happy to be playing with some many avant-garde guns.

How would you describe Black Cab’s style?

We’ve ranged from guitar drone to electronic dance but always with some weird droney edge with a preference for sounds from the 70’s. MINIMAL will be us off the leash with lots of experimentation.

What does the future hold for Black Cab?

More pain. Less gain. As is the case for all musicians in the 21st century.  MINIMAL will be a fun change from the regular grind.

Growing up Andrew, what singers or musicians inspired you?

I grew up in Shepparton in central Victorian so initially it was all those terrible K-Tel music compilations like:

Then I hit the Big Smoke and it was suddenly Throbbing Gristle, Joy Division, SWANS, Smiths, Cure, Kraftwerk, The Fall, Neue, Brian Eno, Harmonium and anything super weird such as Zoviet France, Whitehouse and Big Black. Now that I’m kinda old its Miles David, Bill Evans, Coltrane and Bach.

If you could meet any musician dead or alive, who would it be and why?

Morrisey would be a hoot but difficult and his politics are increasingly on the nose. Same with Frank Sinatra, but he’d be fun to hang out with. I think for sheer entertainment value I’d choose the late Mark E Smith in some shabby pub in Manchester. I’d have to buy the drinks of course.

Akira, how did you get involved in this cult classic?

We were asked by Hear My Eye’s to score an alternative soundtrack and perform it live to the film (sans original music) at Melbourne’s Astor Theatre with live taiko drums. It was fun and the music that resulted was then released as a sort of tribute to great Japanese sci-fi anime (Akira, Ghost In The Shell etc). One track Nightflight has notched up 500k Spotify streams so it’s done OK for us. We’re planning more released like this next year.

Where did you get your inspirations for the original score?

Once we had the taiko drums nailed it was then about pulling in sounds that evoke wonder, like Vangelis did for Bladerunner and Aguirre Wrath Of God.

Thoughts on the Netflix Akira?

Is this a reference to the troubled live action movie? Not sure how they’ll pull it off – the fans of the original are super hard nosed.

Lastly, besides Melbourne’s SUPERSENSE MINIMAL program, what else do you have planned here?

We’re playing the Kyneton Music Festival in October, then celebrating the 50th anniversary of the Rolling Stones’ disastrous free concert at Altamont with a special gig at Melbourne’s Howler on Dec 5th which will be an immersive experience of the chaos that was Altamont.