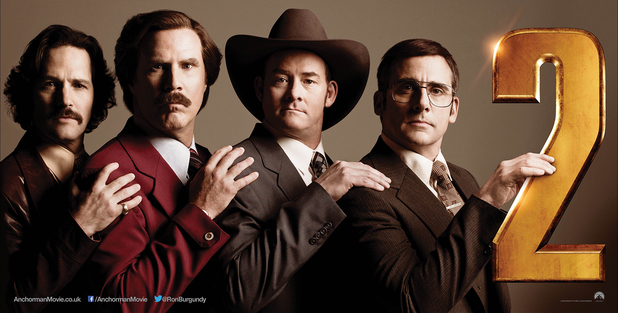 You must have been living under a rock if you hadn’t heard about the upcoming release of Anchorman 2: The Legend Continues. It’s aggressive promotional campaign which involved Ron Burgundy appearing on various news broadcasts across the world and he and his news team popping up in the places you least (or most) expect them, such as on “Saturday Night Live” singing “Afternoon Delight” with One Direction.

Co-anchors, Ron Burgundy (Will Ferrell) and his wife Veronica Corningstone (Christina Applegate) have enjoyed many years of success after they relocated from San Diego to New York together. When Veronica is given a promotion and Ron is sacked, he hits rock bottom when he finds himself working at Sea World as an announcer. By a stroke of luck when he needs it most, he is summoned back to New York to anchor on the first 24 hour news channel and re-assembles his old news team consisting of Brian Fantana (Paul Rudd), Champ Kind (David Koechner) and Brick Tamland (Steve Carell). When the four arrive in New York, they find that they have a lot to do to regain their success and popularity. They have to measure up to the anchorman of the moment Jack Lime (James Marsden), as well as somehow impress tough businesswoman Linda Jackson (Meagan Good). 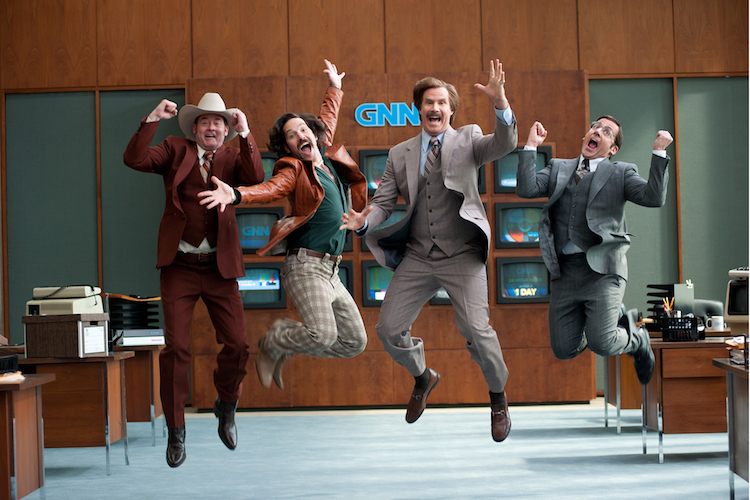 The amount of promotion for this film was almost enough to worry you, if you weren’t already thinking about Anchorman 2 not living up to the success of the first film. Comedy sequels are always very tricky territory as they are seeking to write a screenplay that matches the successful humour of the first. While many people will be over the moon to see the return of Ron, Brian Fantana, Champ Kind and especially Brick Tamland, there is no doubt that what made Anchorman so unique and funny just isn’t there in the second film. Anchorman 2 pushes so many boundaries that just give off an air of trying way too hard and coming off as painful rather than funny.

The thing that made Anchorman work was that it was silly and random but in a completely unique way. It stood out from other comedies which with its memorable characters and ridiculously quotable and hilarious dialogue. It still remains the Will Ferrell movie you like even if you do not like Will Ferrell. The film was always going to be a hard act to follow. What made the first Anchorman work so well is what writers, Adam McKay and Will Ferrell seemed to have forgot in the writing of the sequel. Anchorman 2 is more about pushing the boundaries on topics which many will find offensive and hope that these risks will be seen as funny. It is the mistake many writers make when writing comedy, they feel they have to try really hard in order to make us laugh. The problem is that most of the time audiences can tell when a film is trying too hard. 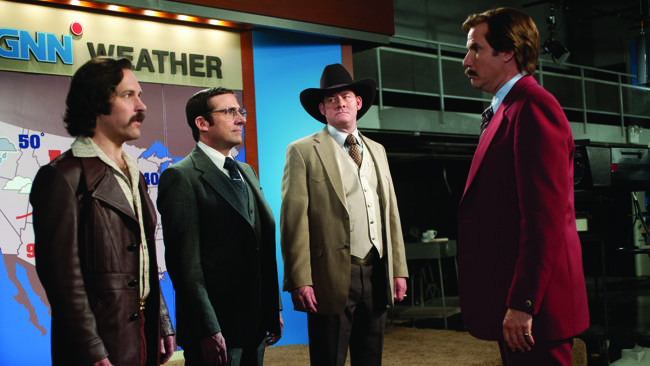 Anchorman was silly and very random, but didn’t go over the top, while Anchorman 2 does. There are certain scenes (particularly that of Ron and Linda at the family dinner) that can be perceived by some as being quite racist or to some, very racist. Some may say that it is just how things may have been, but it still doesn’t make a difference to how uncomfortable some of the dialogue makes you feel. There are also more sexual references, more cringe worthy images and references and silly turns to stupidity. Anchorman 2 is unfortunately what many will call a typical sequel, which means there is more of everything which the first film has and those dreaded words used to describe many sequels are absolutely used here…it is nowhere near as good as the first. It is even hard to say whether die hard Anchorman fans will appreciate this film as for the most part it walks in the opposite direction of the first. Anchorman 2 was never going to be as good as the first, but it would have been nice if it could have been half as good as it at least.

The screenplay really is a big step backwards for McKay and Ferrell. There are laughs to be had, but nowhere near as many as the film makers would want you to have. The first few minutes are funny and after you get over the happiness of seeing the news team again, you settle into the film and then realise that not much is really happening. It jumps all around the place for awhile and never really solidifies in the story. It’s all about getting people to laugh again at Ron Burgundy…and it doesn’t even achieve this for the most part. At nearly two hours, the film seems a lot longer than what it actually is. The highlight of the film are the hilarious cameos which take place towards the end of the film, and it is almost worth watching the whole film just for this segment. 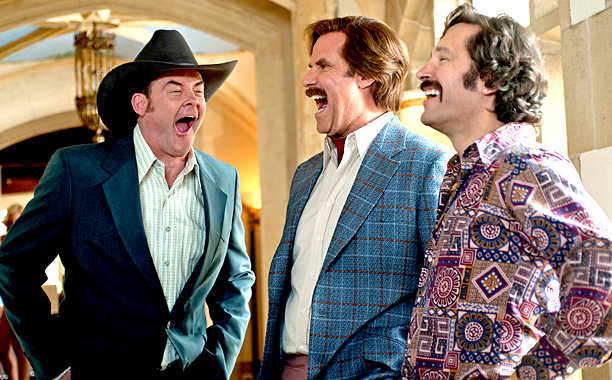 Will Ferrell’s Ron Burgundy isn’t as likable or endearing as what you want him to be. His character, like the film, just seems all over the place and often painful and annoying. He has no real consistency through the film and while in most circumstances this would be seen as versatile, in Anchorman 2 you just feel like you really have no idea who Ron Burgundy is anymore. Paul Rudd’s Brian Fantana probably has a bit more to do in this film than he had in the first, and he is actually a lot more likable as opposed to Ron Burgundy and to the first film. His character actually shows progression in changing emotions and his character development is quite well done. He is a stronger character who in the end, is the one holding the team together and the true friend.

David Koechner was probably the least likable out of the news team in the first film and this is continued here. He’s not particularly interesting and if it wasn’t for his first scene in the film, you would forget about him being in the film at all. Anchorman will always be remembered by many as the first time they saw and took notice of Steve Carell on the big screen. His character Brick Tamland is one warped and strange human being, but has given use some of the most quotable comedy film dialogue in the past decade. Here he is probably the one character who really saves this comedy. Once again Carell delivers some hilarious dialogue, which will again be quoted by many in years to come. His on screen relationship with Chani, played by Kristen Wiig is not really oozing with chemistry or humour, but does have its moments. Wiig does well enough, but would have benefited from having a larger role in the film to work with. Christina Applegate is fine and her performance probably would have seemed better if it was in a better film. Meagan Good is working with a character who is just too overdone and seemly unrealistic just by how over the top she is. 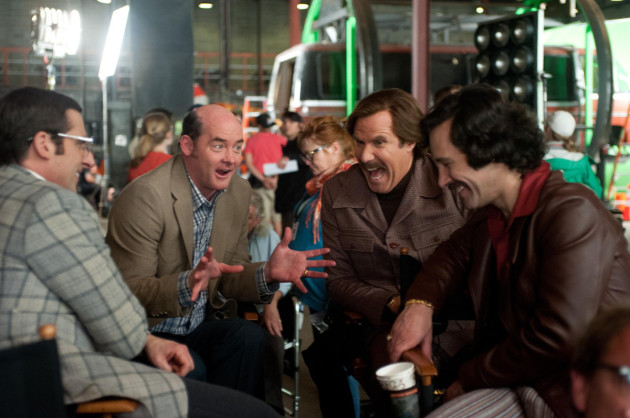 Anchorman 2: The Legend Continues may still have it’s lovers, but is not the type of humour which a large portion of the population will enjoy. It is definitely a good idea to be familiar with the first in order to understand the second, but seeing and enjoying the first doesn’t mean you will enjoy this one.

Summary: Anchorman 2 pushes so many boundaries that just give off an air of trying way too hard and coming off as painful rather than funny.