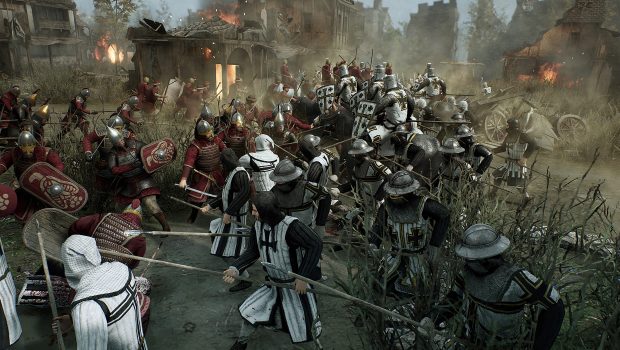 2019 is a good time to be both a fan of real-time strategy games (RTS) and a console gamer.

Once a genre that eluded consoles consistently due to the complexity of transferring its intricate controls and management systems to the gamepad and home television, this generation has been kind to those of us who like to kick-back on the couch but still indulge in commanding the virtual battlefield.

Ancestors Legacy is the latest RTS ported from PC to console, and I’m happy to say the one year wait between release has resulted in a stellar transition by Slipgate Ironworks, closely guided by the original developer Destructive Creations. The user interface and key mapping has been well optimised for the gamepad and the living room television, and the result is an excellent couch RTS gaming experience that looks and plays great. 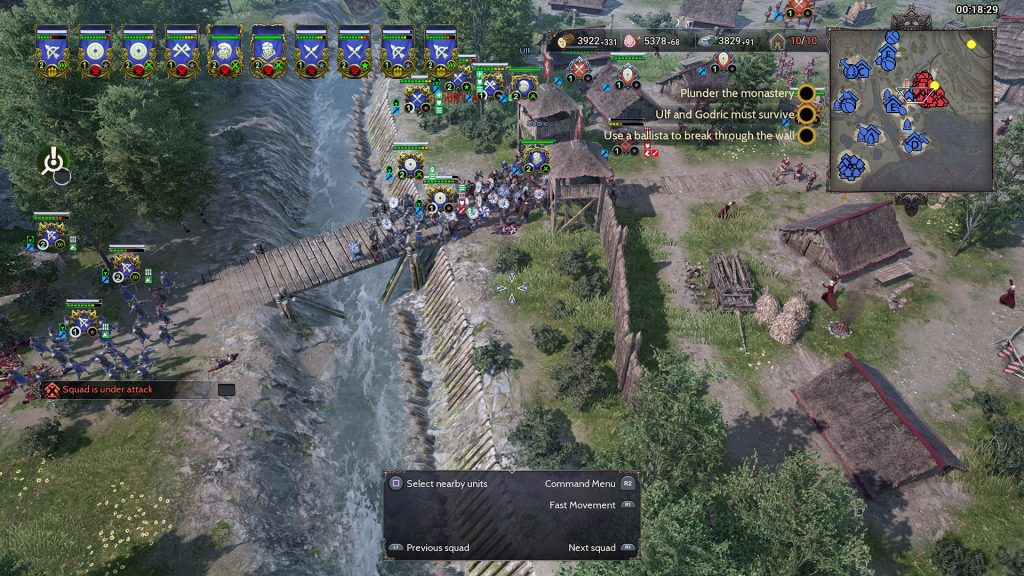 As someone who has sunk hours of gaming into titles like Age of Empires and Company of Heroes, the historical hook and squad-based unit management of Ancestors Legacy was right up my alley. The game is a meaty package, with multiple single-player campaigns, a freeplay mode (Skirmish) and a multiplayer suite where you take on online foes for map control (Domination) or conquest (Annihilation) across 15 different maps for up to 6 players.

The single-player part of Ancestors Legacy puts you in command of four real-world civilisations to navigate the game’s fictionalised and entertaining take on smaller-scale historical conflicts. The main story-focused campaigns center on the armies and warriors of the Anglo-Saxons, German, Viking and Slavics, offering up a variety of gameplay scenarios and special objectives that go beyond the usual formula of building up bases and resources to simply destroy the other side. You’ll rescue captured units with small squads stealthily using tall grass to hide from patrols, storm battlefields against overwhelming odds using traps and terrain to your advantage, and leverage the best of your hero units to flank your enemies and inspire your armies to victory. The Vikings campaign introduces much of the gameplay mechanics and makes a lasting impressive thanks to its emphasis on aligning objectives with story developments and gloriously indulgent cutscenes, while others with larger-scale set-pieces maintain a similarly great pace – though some of the stealth missions veered on the tedious. 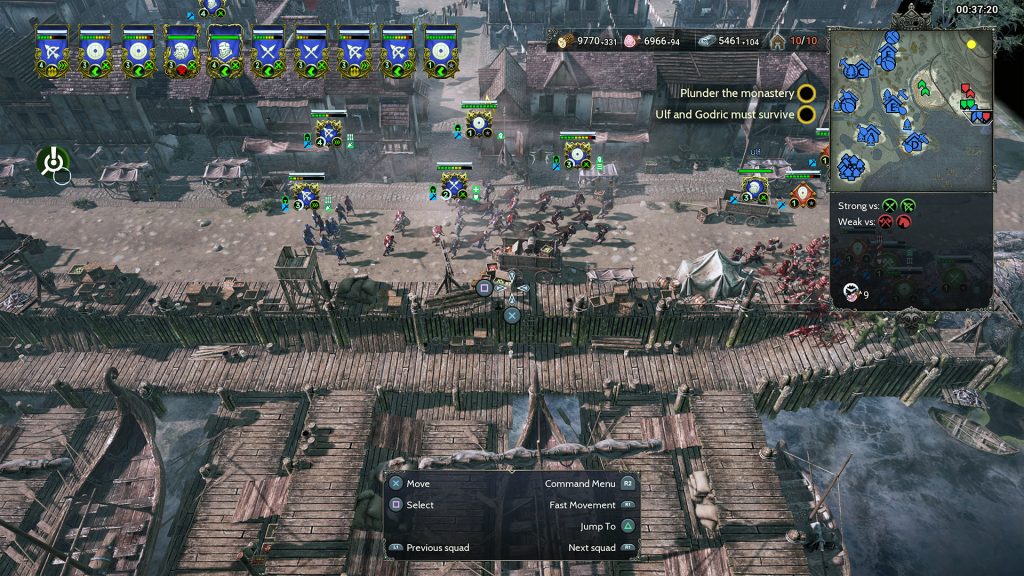 Gameplay balance in Ancestors Legacy is anchored around a rock, paper, scissors system for the three core infantry unit types of axemen, spearman and shield-bearers, with archers and cavalry throwing the occasional spanner in the mix; ranged units pose a friendly fire risk for your vanguard if not positioned properly, while units on horseback are quick on their feet and great at overwhelming unsuspecting foes, but can be taken down by spears. The victor between two units of the same type or squad level is based on luck or terrain placement. All of this encourages careful strategy instead of just building up the most units.

My main concern playing any RTS or PC-oriented game on console is how well it translates its many complex systems, UI and hotkey inputs to the gamepad. Playing Ancestors Legacy on PS4, I was happy to find organising units, filtering through different squads and multi-tasking their actions was easy, though the one button for selecting all squads sometimes failed to gather all available units. There’s plenty of helpful tutorials and on-screen guidance that can be activated while you learn the ropes and toggled off later. The cluttering of icons, text and UI can be a bit overwhelming at first depending on how large your television screen is and how far you’re sitting, but it’s definitely a job done well and with console gamers in mind. 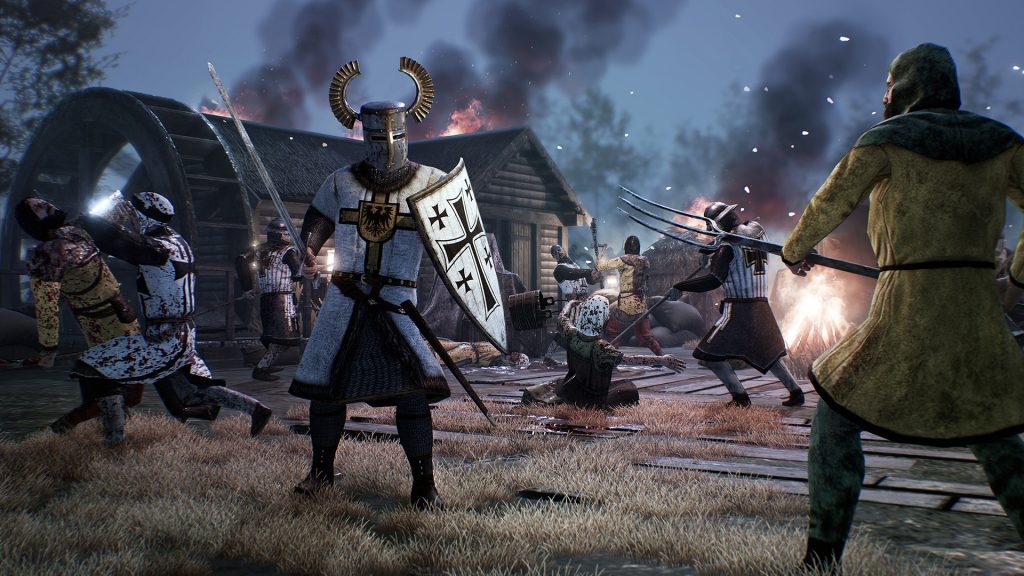 Ancestors Legacy looks and runs great on PlayStation 4 Pro. The developer’s use of Unreal Engine 4 offers up some excellent visual fidelity for environmental textures, level lighting and in-engine cutscenes, even if the unit models aren’t as detailed as triple AAA contemporaries when zoomed in on the battlefield action. One thing Destructive Creations should be applauded for is the effort placed in the intricate animations of each unit; fights between my squads and the enemy were ten times more intense and satisfying (when victorious) owing to the way fighters would dynamically surround, engage and finish off their opponents.

Ancestors Legacy is a fun historical RTS that’s made the transition from PC to PlayStation 4 intact, offering engaging single-player campaign content, fast and frantic squad-based tactical combat scenario, stellar graphics and performance and a UI and controls that have been fine-tuned for the gamepad and television screen. This is one to check out on consoles if you’re craving a great indie RTS to play on the big TV while kicking back on the couch.