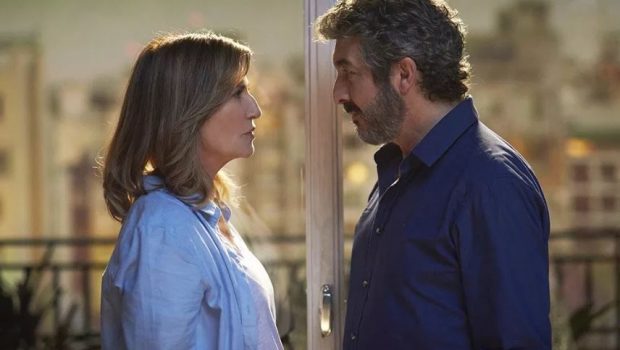 An Unexpected Love opens with a realistic and believable premise. It is about a couple undertaking a major transition in their life. They are Ana (Mercedes Moran) and her husband, Marcos (Ricardo Darin), who is a teacher. They are saying goodbye to their son, Luciano (Andres Gil), for the first time because he is going to study abroad in Spain. The change leads to Ana falling into a depression because she misses her son and feels lost without him in their home. This situation is an interesting variation on a classic narrative device of a couple falling apart after losing a child.

Despite the presence of her husband, Ana feels as though her life is devoid of purpose without Luciano. Consequently, she and Marcos decide that they will decouple and see other people. Luciano continues to communicate with his parents over Skype. He reveals he is romancing a young woman who is staying with him while he is studying. Meanwhile, Macros’ friend, Edi (Luis Rubio), concedes that the affair he has been having with another woman for several years has been uncovered by his wife, Lilli (Claudia Fontán).

This Argentinian comedy-drama marks the directorial debut of Juan Vera. He has been producing films over twenty-six years and is now benefitting from his film being a major box office success overseas. His best asset is the experience of Moran and Darin in the lead roles. In the painful conversation where their characters concede that the passion of their relationship has faded, their body language provides gravitas and intensity to the revelations.

The grounded quality and realism of the domestic scenes is why the film is initially involving and quietly funny. Some of the dialogue is witty too, such as when Marcos quips that Luciano will be getting little study now that he is in a relationship or when he says that he would rather kill himself after his friend suggests that he should try meeting someone on Tinder.

It is disappointing that after a strong start the film becomes as predictable as any Hollywood romantic comedy. It would be less problematic if the middle portion of the story, written by Vera himself and Daniel Cuparo, was more substantial. The midpoint involves the couple rushing into relationships with unsuitable partners. None of these episodic relationships are particularly nuanced.

Instead, the sequences rely on caricatures for humour. For example, Ana becomes involved with a bizarre fellow she meets in a perfume store. After using his bathroom, he stuns her by taking off all his clothes in front of her. In another sequence, Marcos has a relationship with a young college student who is busking, but the subplot is lightweight and lacks tension. The only important moment is when one of Marcos’ partners spells out his problems about how he likes structure in his life. 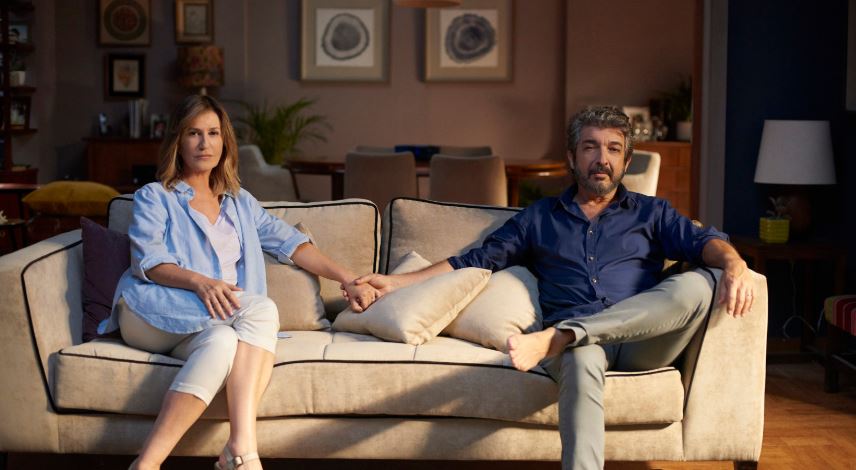 There is a strange scene where Marcos meets a woman on Tinder. She is incredibly forward to him, but after he whispers in her ear she leaves for the bathroom and is then found collapsed on the floor. The scene resembles a loose skit because there are no further consequences after Marcos rides with her in an ambulance. A stronger moment involves Marcos and Edi visiting Lilli after she uncovers the affair. Ana is also present in the house. As their friends argue loudly, Ana and Marcos see what an ugly breakup resembles compared to their relatively amicable separation.

The film attempts to deepen itself by juxtaposing the couple’s relationship with materialism. There is a scene where they are unable to remove an expensive ornament from their apartment wall. Marcos also struggles with their place being sold as it will finalise the end of his relationship. Possessions and materialism become a metaphor for when people’s relationships are fulfilled and there is little room for personal growth. By being apart, they realise what they have been missing and can start over. It is one of the film’s few unique ideas or twists on the rom-com formula.

In terms of direction, Juan Vera leaves his camera squarely on the actors. For inexplicable reasons, the two leads also break the fourth wall and address the audiences on two occasions. Overall, there are few memorable cinematic images and there is an on-the-nose song choice where Ana confidently walks down the street and Nancy Sinatra’s ‘These Boots are Made for Walking’ plays. The film is well-acted and occasionally funny but after a strong start the drama becomes broader, more exaggerated, and conventional the longer it continues. Yet since he is strong with directing actors, Juan Vera is likely to make more challenging and less predictable films in the future.

Summary: Since he is strong with directing actors, Juan Vera is likely to make more challenging and less predictable films in the future.