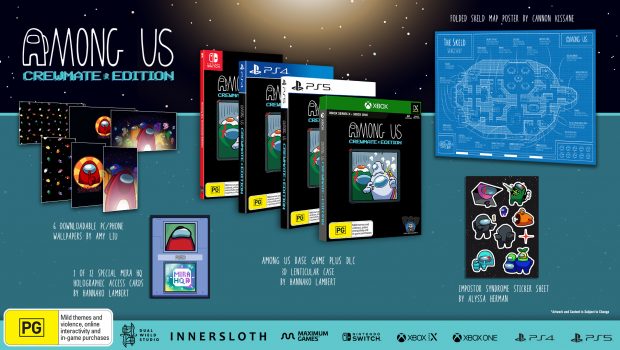 Among Us Collector’s Editions Ejecting into Retail

The Crewmate Edition will be sabotaging shelves in Australia and New Zealand on December 14, 2021.

The Impostor Edition will be launching later in Autumn 2022. Someone keeps turning the lights off in the warehouse, but everything is probably fine. Was anyone watching the cameras?

Check out information on the different Collector’s Editions below to decide which version is right for you (note: any and all purple crewmate plushies included cannot be confirmed or denied as The Impostor at this time, please do not leave them alone or near vents).