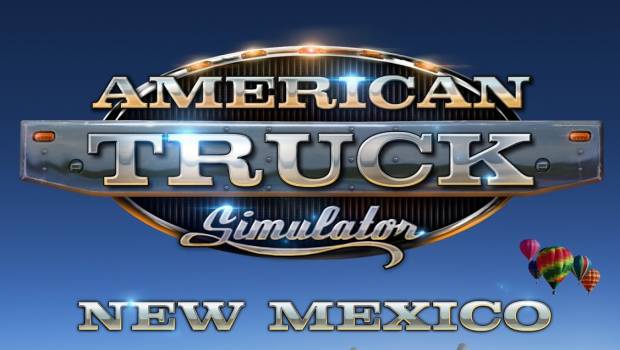 Summary: Big Rigging through a small town with a big reputation.

The area you can cover with your big rig has just expanded. New Mexico has now been opened up to your truck and the sites and history of the area is yours to explore! When I first learned of the New Mexico DLC for American Truck Simulator my mind went to one small portion of that state… Roswell! As a former UFO tragic the history of that place still sits boldly in my mind and knowing that the area developed some businesses that try to make a few dollars from it meant my truckers eyes were set on the lookout for anything hinting at it’s alien infamy. I’ll be honest… it did take a few jobs before I finally landed one that took me into the heart of Roswell and sure enough there are signs of that infamous past (my most notable one was the inflatable alien out the front of one of the businesses I passed). 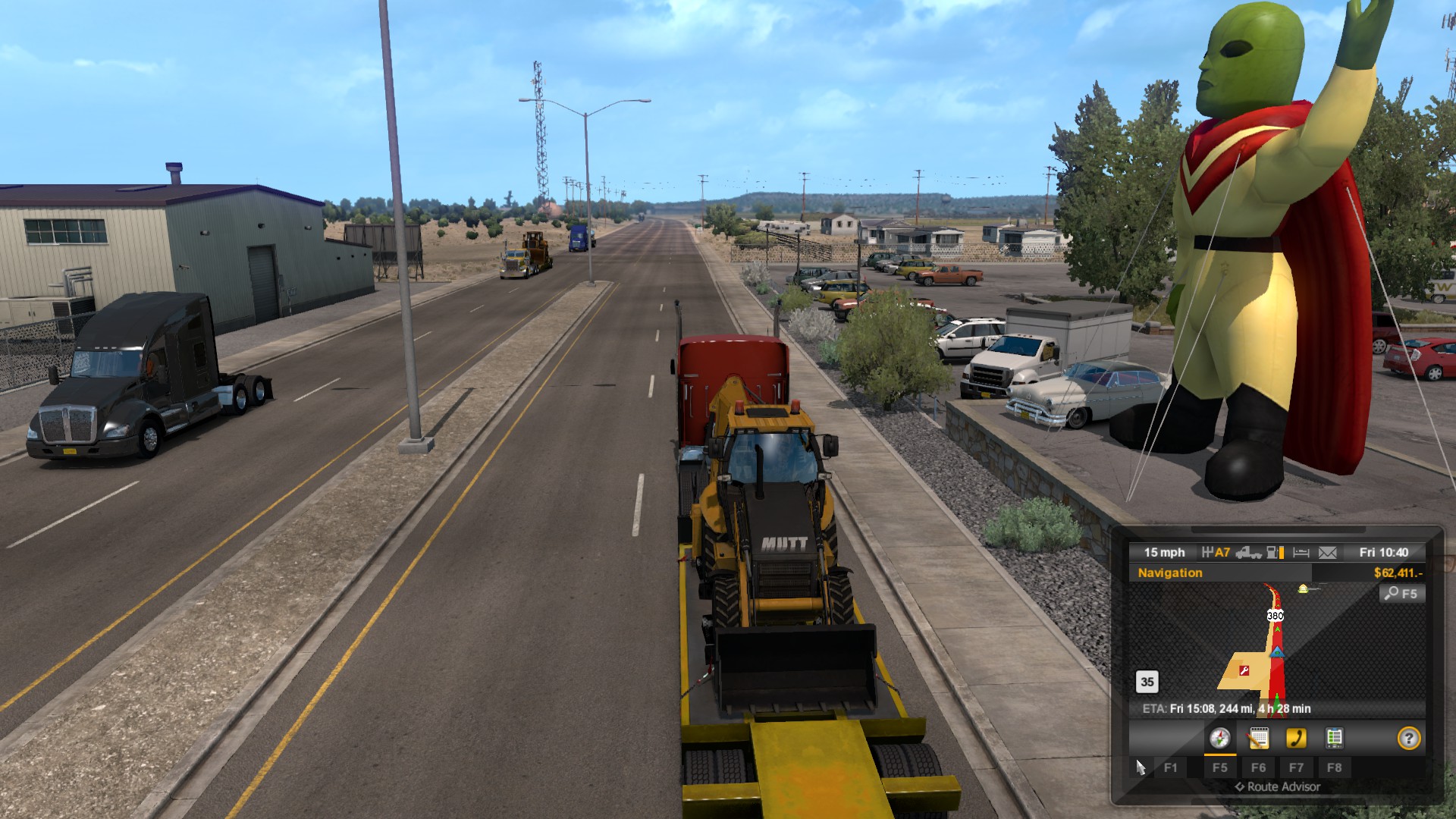 But it’s not all about Aliens and UFOs, there is also a very rich history from the “Wild West”… as I was driving around I passed a sign for a Billy The Kid historic site, I also crossed the Rio Grande. These are the little touches that add subtle detail and enjoyment to the Truck Simulator series, the landmarks or at least hints of landmarks that are scattered throughout. I’m sure people with a greater familiarity with the area may find other little touches that just add an extra level of authenticity to the game. 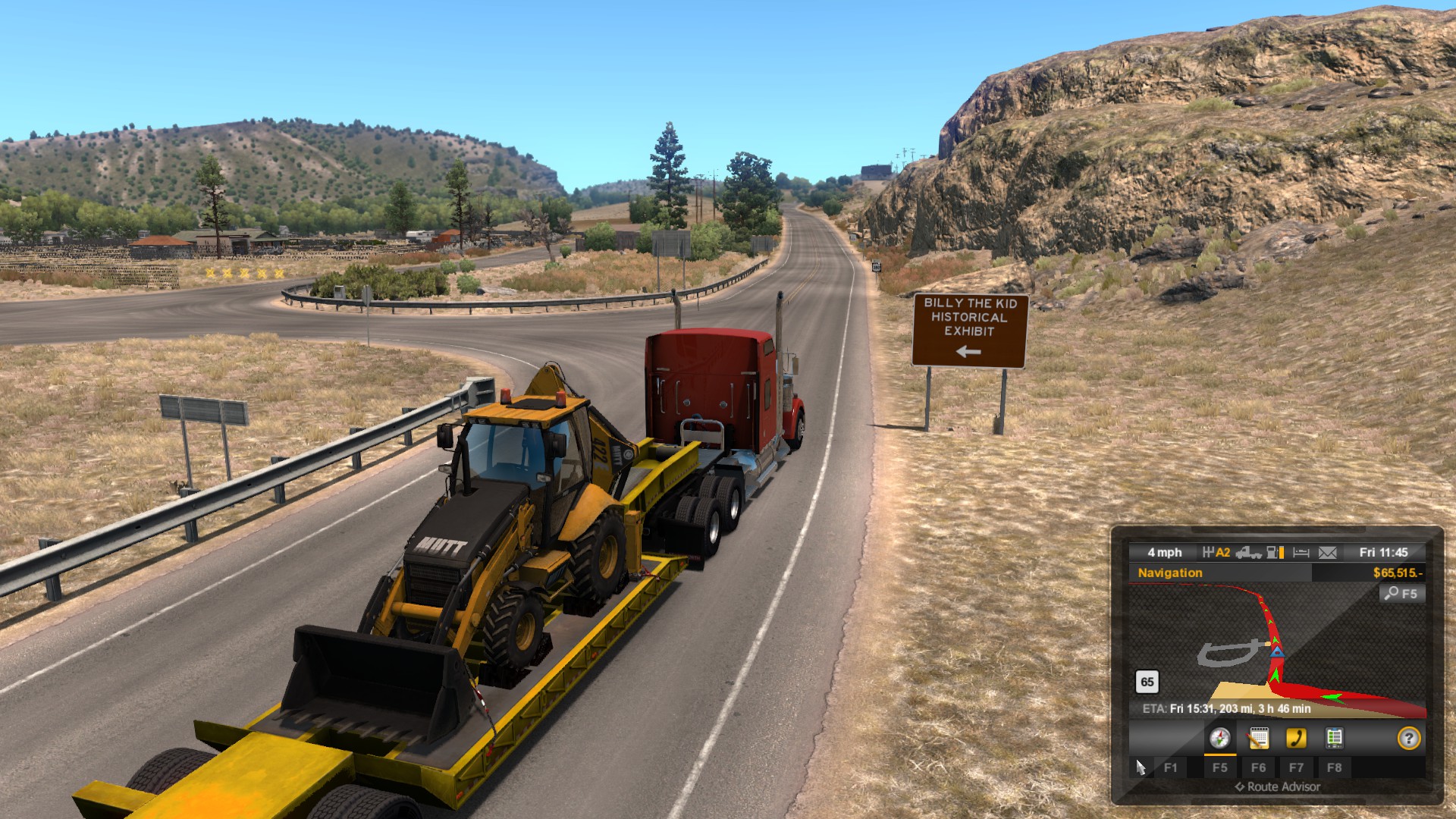 I also want to quickly touch on the VR aspect of American Truck Simulator (and Euro Truck Simulator if you have that). You can play it in VR, it simply requires that you go to the properties tab for the game, under Betas select either of the oculus options or they even now have oculus/Vive. A word of warning… it does have some clipping issues but I think that’s to be expected when you are dealing with a finite cabin space and a variable play space… what I mean is the individual VR player will have an unknowable (to the developers) space in which they can move: up, down, left right. Given that the entire game (or at least the primary portion of the game) takes place inside a truck cabin… there are natural limitations to the space the player can physically move in within the game world. What this all means practically is that if you stand up while in your cabin… you will find your head go straight through the roof of your truck… the same goes for looking out the side of the cabin though this is slightly more “natural” as it roughly simulates looking out the window (and can be useful for reversing). Overall though it does add a nice little touch and you really feel like you are in the cabin of a big rig truck. 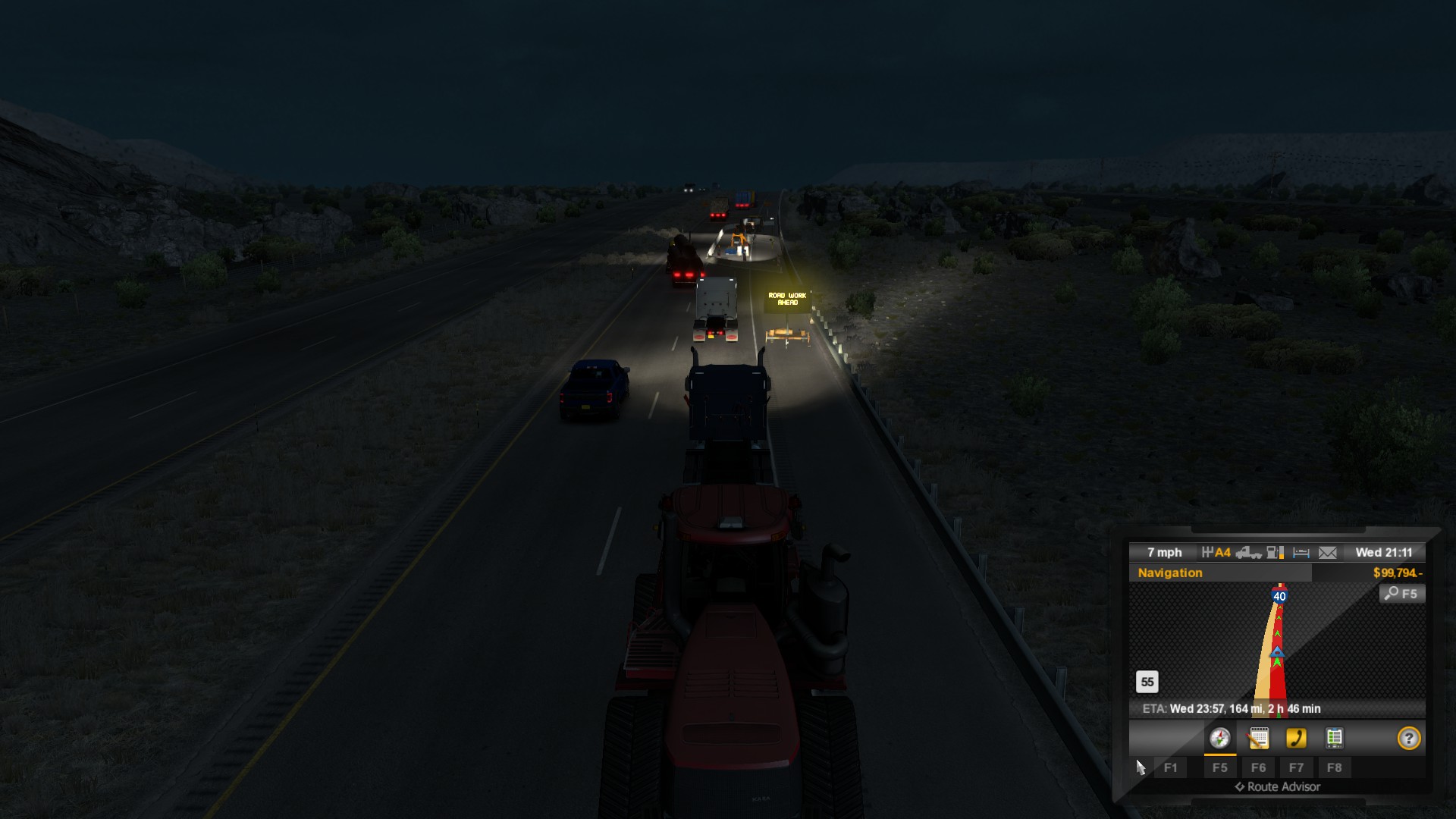 Just another quick note… I sort of jumped into this game and got carried away with how hypnotic the actual driving was and so didn’t really notice previously but when I had a look through the settings I noticed an option to adjust the incidence of unique events, obviously things like the road work and broken down cars that you come across. Again it’s a small thing but it just adds that extra touch of vitality to what could otherwise be a simple Point A to Point B experience… I mean it still is mostly that and for some reason that’s what is really appealing about it… but at least you can have some extra “events” to drive past as you go. 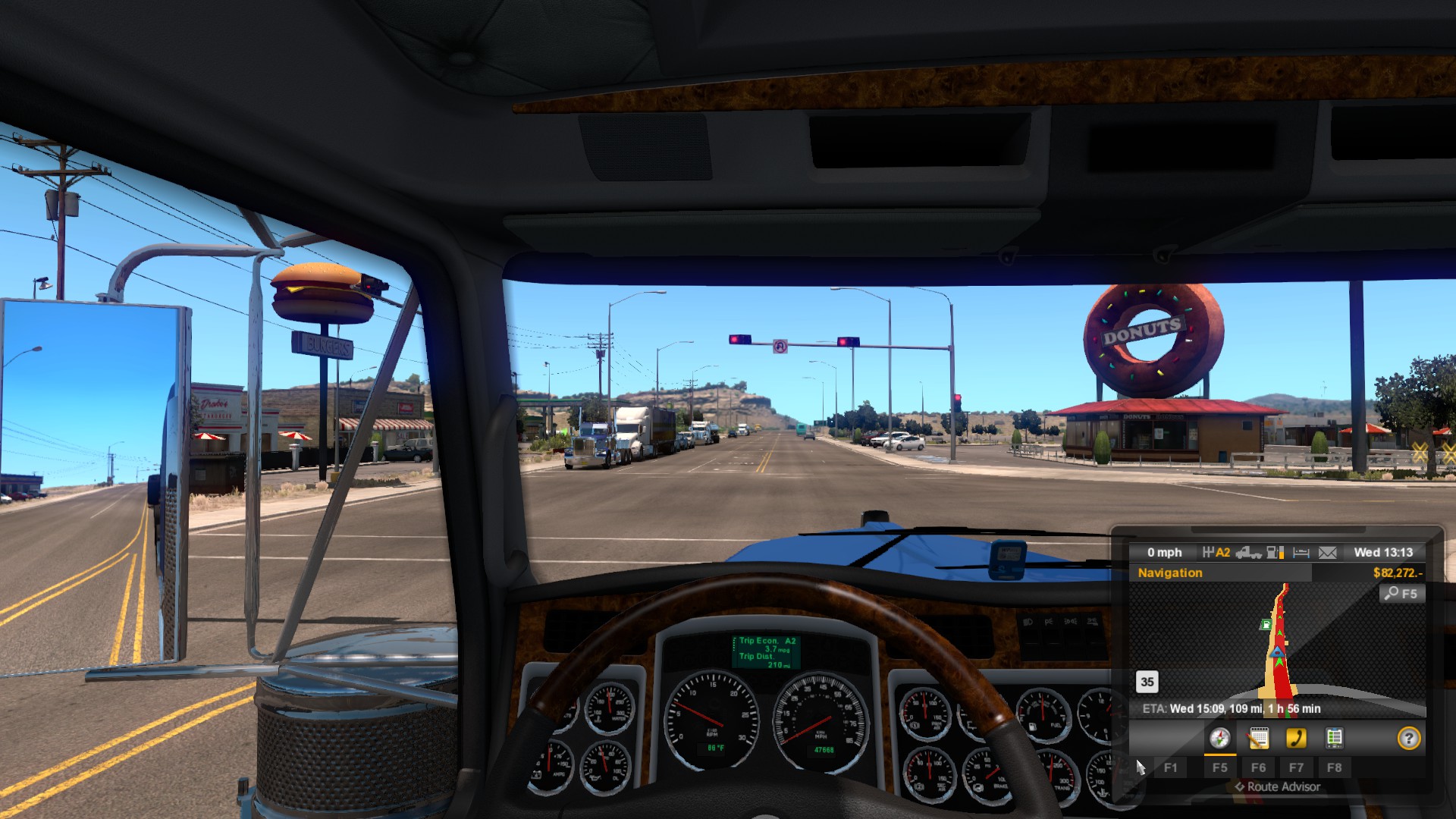 So pull your air horn and ease on down the road, though maybe wait for a sale because it’s a little pricey for what it is.