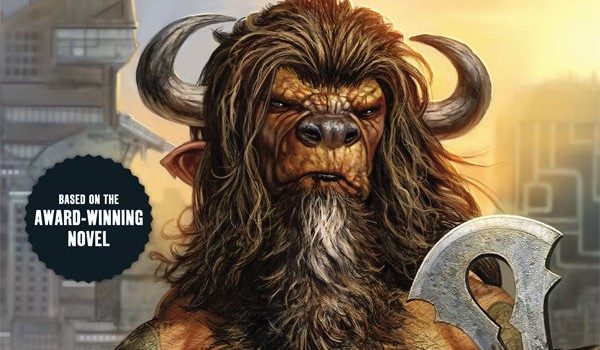 Dark Horse Comics has released a preview of the highly anticipated first issue of American Gods: Shadows which goes on sale March 15, 2017, ahead of Starz’ premiere of an American Gods TV show adapted by Bryan Fuller (NBC’s Hannibal). The adaptation of the Hugo and Nebula award–winning novel by Neil Gaiman (How to Talk to Girls at Parties, The Sandman) will be adapted and co-written by P. Craig Russell (The Sandman: The Dream Hunters)—who previously adapted Gaiman’s bestselling novels Coraline and The Graveyard Book—and illustrated by acclaimed artist Scott Hampton (Hellboy, Batman).

Originally published in 2001 by William Morrow and Headline, American Gods will be adapted into twenty-seven single issues with three story arcs: Shadows, My Ainsel, and The Moment of the Storm.

The series features covers by some of the industry’s most acclaimed artists: Glenn Fabry (Preacher) and Adam Brown (Predator vs. Judge Dredd vs. Aliens), and variant covers by David Mack (Kabuki, Fight Club 2). Acclaimed artist Dave McKean (Black Dog, Cages), who provided covers on Gaiman’s seminal Sandman for DC Comics, has also created a variant cover for the first issue.

American Gods is the latest Gaiman adaptation from Dark Horse, preceded by graphic novel adaptations of How to Talk to Girls at Parties, Troll Bridge, Forbidden Brides, and many more.

“Neil Gaiman is one of those once in a millennia creators, much like Shakespeare, whose work is thought-provokingly complex yet interpretable on multiple levels. P. Craig Russell is one of those creators whose made an artform out of translating cherished works to the comic book medium.”–COMICS BEAT

“This is exactly the team fans would want on this title.”–PASTE MAGAZINE

“In comic form, seeing is believing. The book was stupendous and my expectation for the comic is the same. I am literally giddy with excitement.”–GEEKS OF DOOM

“Dark Horse’s comic book adaption is an appropriate tribute to his long-form vision… Although both mediums are image-oriented and the source material is the same, adapting the novel to television versus comic books offers an entirely different set of circumstances and challenges, ones which should make both takes unique in their own right; giving fans of American Gods an entertaining fable set to unravels in two varied mediums.”–SCREEN RANT

“Visually striking… will appeal to new readers and those existing fans.”–BLEEDING COOL

About Neil Gaiman
Neil Gaiman is the celebrated author of books, graphic novels, short stories, and films for readers of all ages.

Some of his most notable titles include the groundbreaking #1 New York Times bestselling Sandman comics series (which garnered nine Eisner Awards and the World Fantasy Award for Best Short Story); The Graveyard Book (the first book ever to win both the Newbery and Carnegie medals); American Gods (which will soon be released as a television show in the US); and The Ocean at the End of the Lane, the UK’s National Book Award 2013 Book of the Year.

The film adaptation of How to Talk to Girls at Parties (directed by John Cameron Mitchell) will be in theaters in 2017.

Born in the UK, Gaiman now lives in America.

About P. Craig Russell
A graduate of the University of Cincinnati with a degree in painting, Russell has run the gamut in comics. After establishing a name for himself at Marvel on Killraven and Dr. Strange, he went on to become one of the pioneers in opening new vistas for this underestimated field with, among other works, adaptations of operas by Mozart (The Magic Flute), Strauss (Salome), and Wagner (The Ring of Nibelung). Craig has completed five volumes of comic-book adaptations of the Fairy Tales of Oscar Wilde and has beautifully brought to life characters as diverse as Batman, Conan, Hellboy, The Spirit, Death and The Sandman. His more recent work includes comic book adaptations of Neil Gaiman’s Coraline and The Graveyard Book.

About Scott Hampton:
A freelance comic book artist known for his diversity, Hampton has illustrated such iconic properties as Batman, Sandman, Black Widow, Hellraiser, and Star Trek in addition to work on his creator-owned projects such as The Upturned Stone.

He began his career following in the footsteps of brother and fellow comic book creator Bo Hampton. Both Scott and Bo studied under Will Eisner in 1976. Scott’s first professional comics work was the three-page story “Victims” published in Warren Publishing’s Vampirella #101 in 1981. Scott’s work on Silverheels from Pacific Comics in 1983 is regarded as the first continuing painted comic. His latest works include Spookhouse, released in 2004 by IDW Publishing, in which he adapted his favorite ghost stories into sequential form, and Batman: Gotham County Line from DC comics in 2005. Scott is co-creator on Simon Dark with writer Steve Niles for DC Comics. 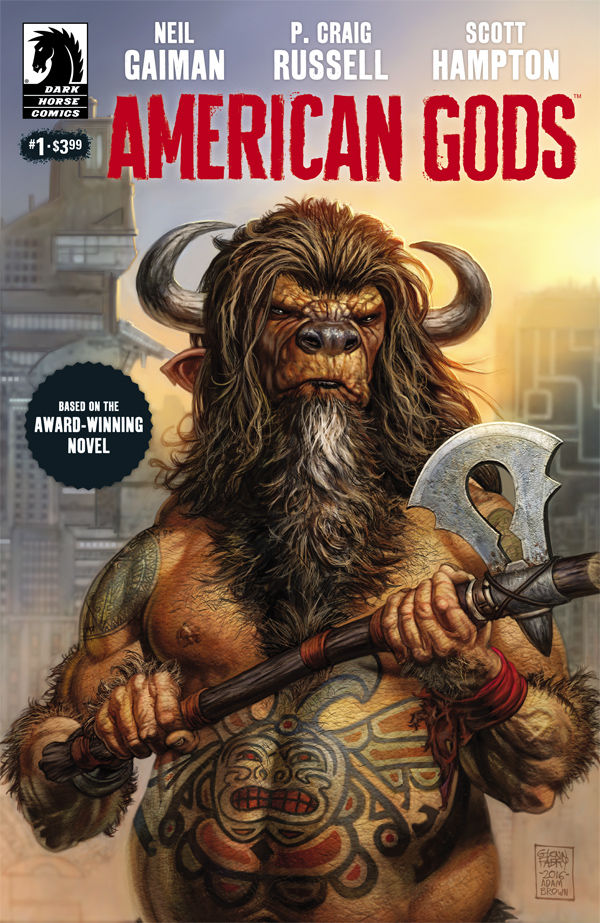 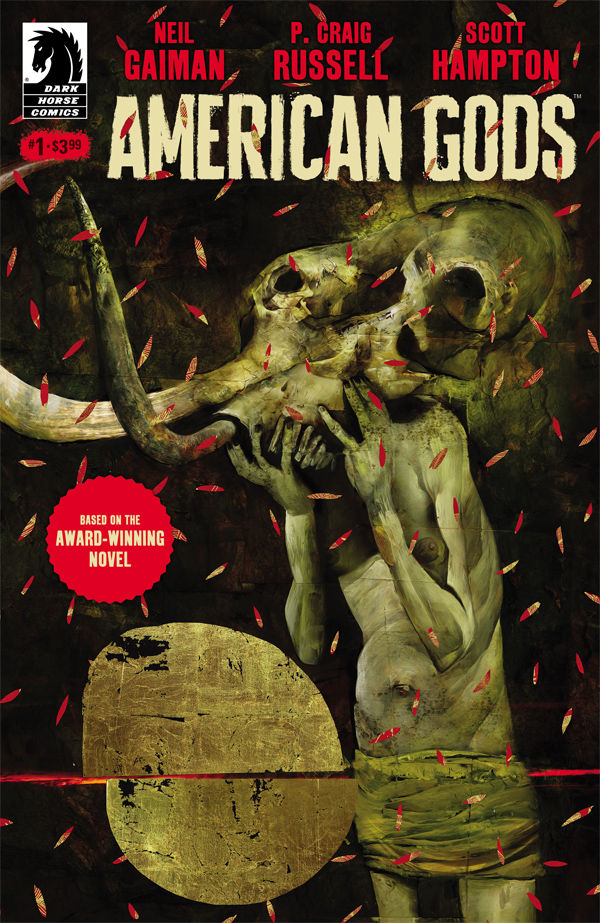 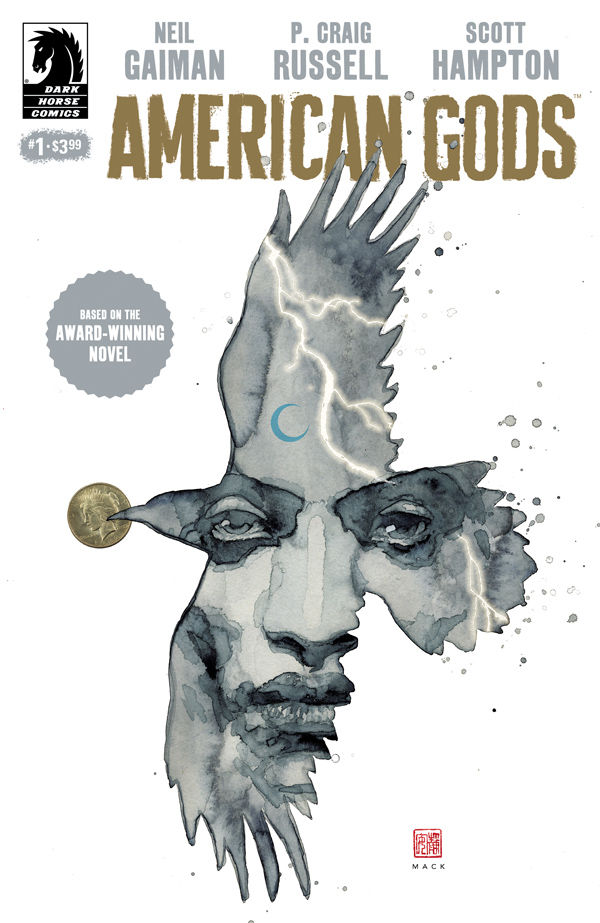 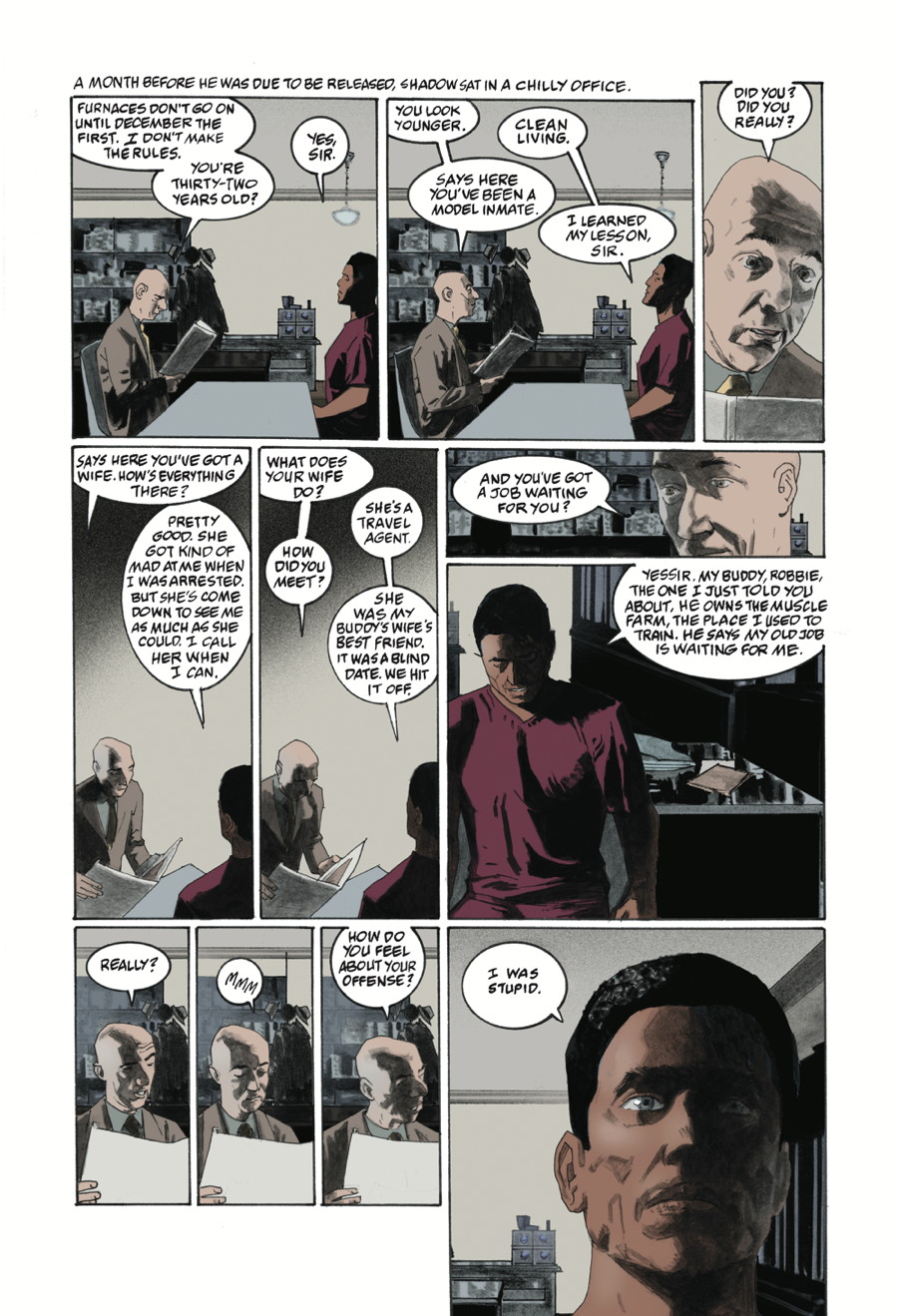 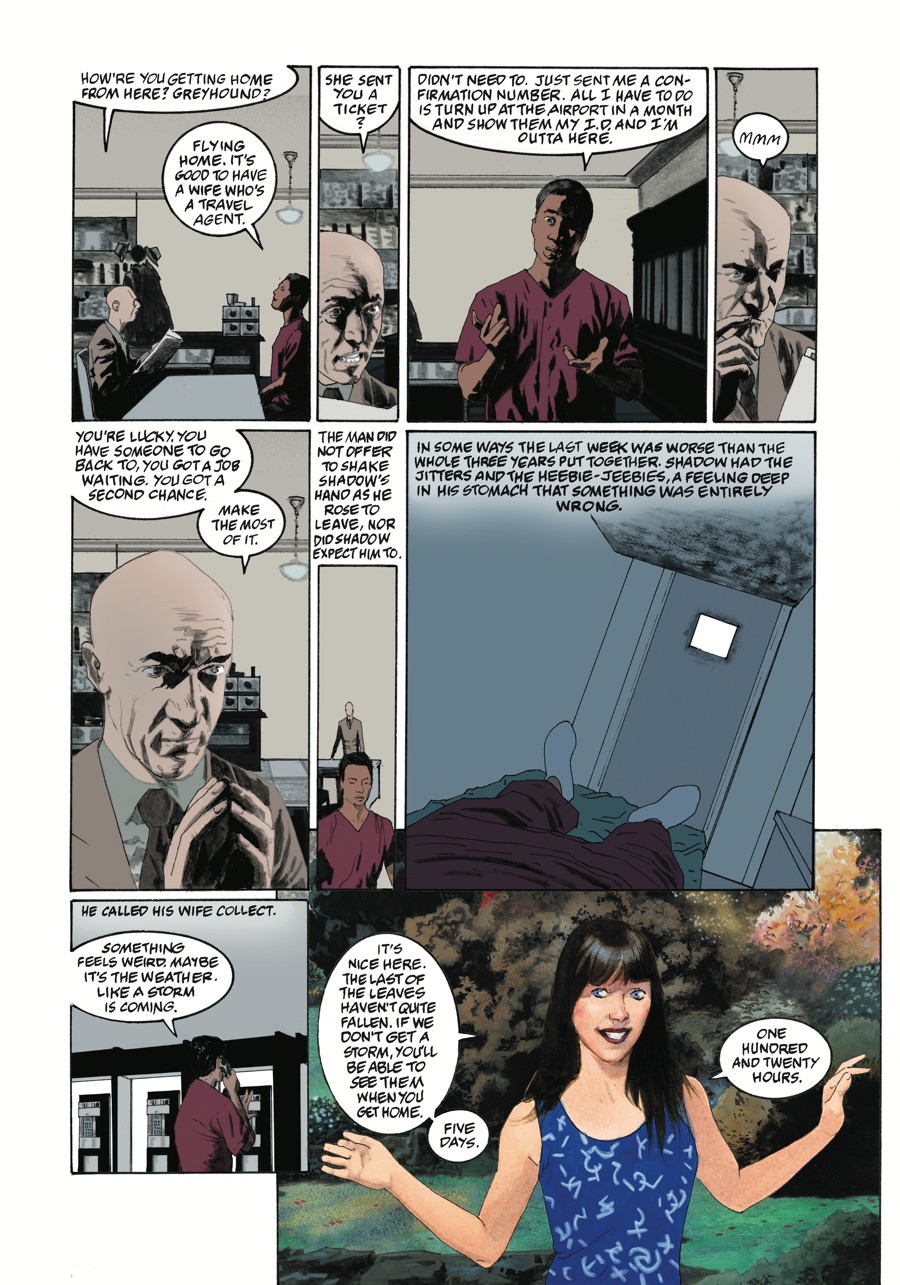 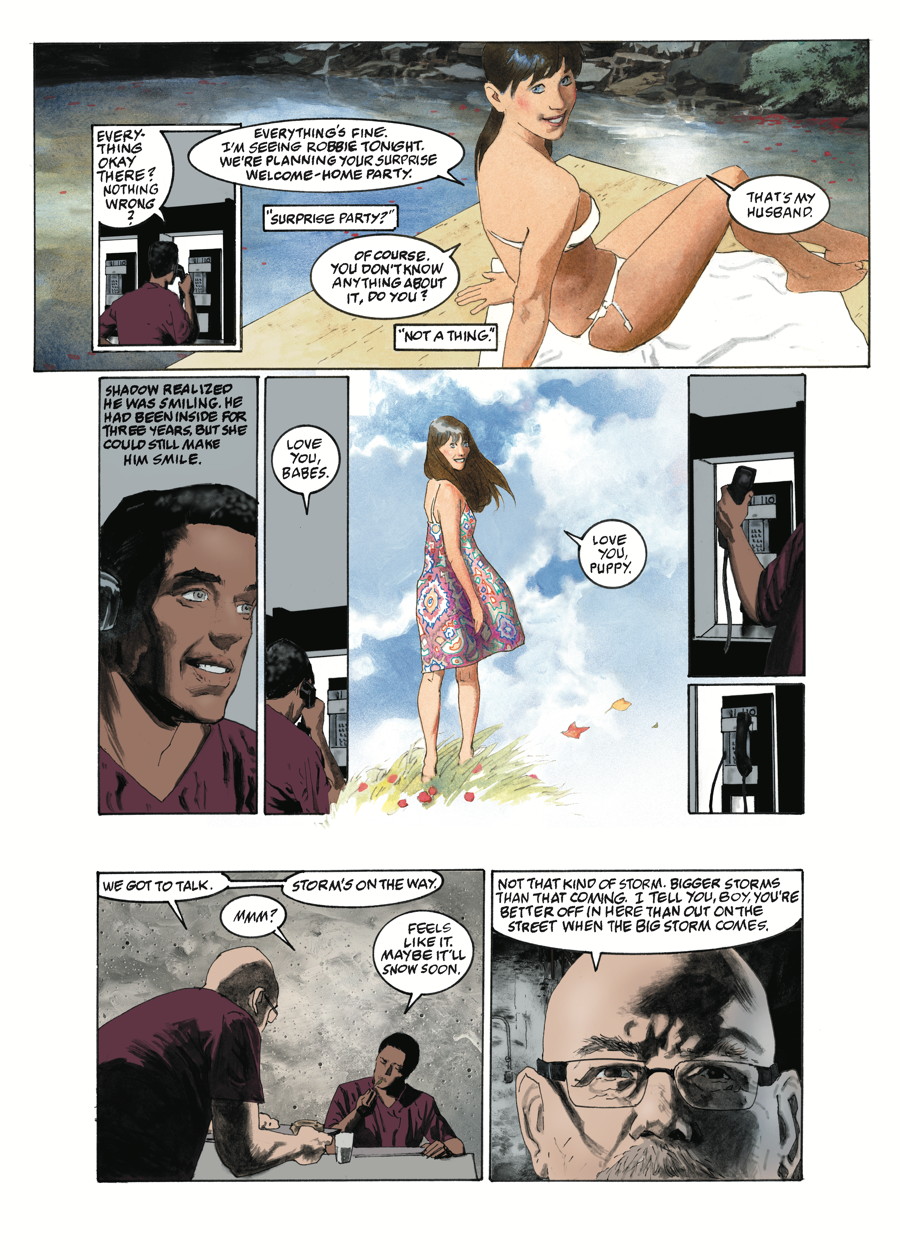 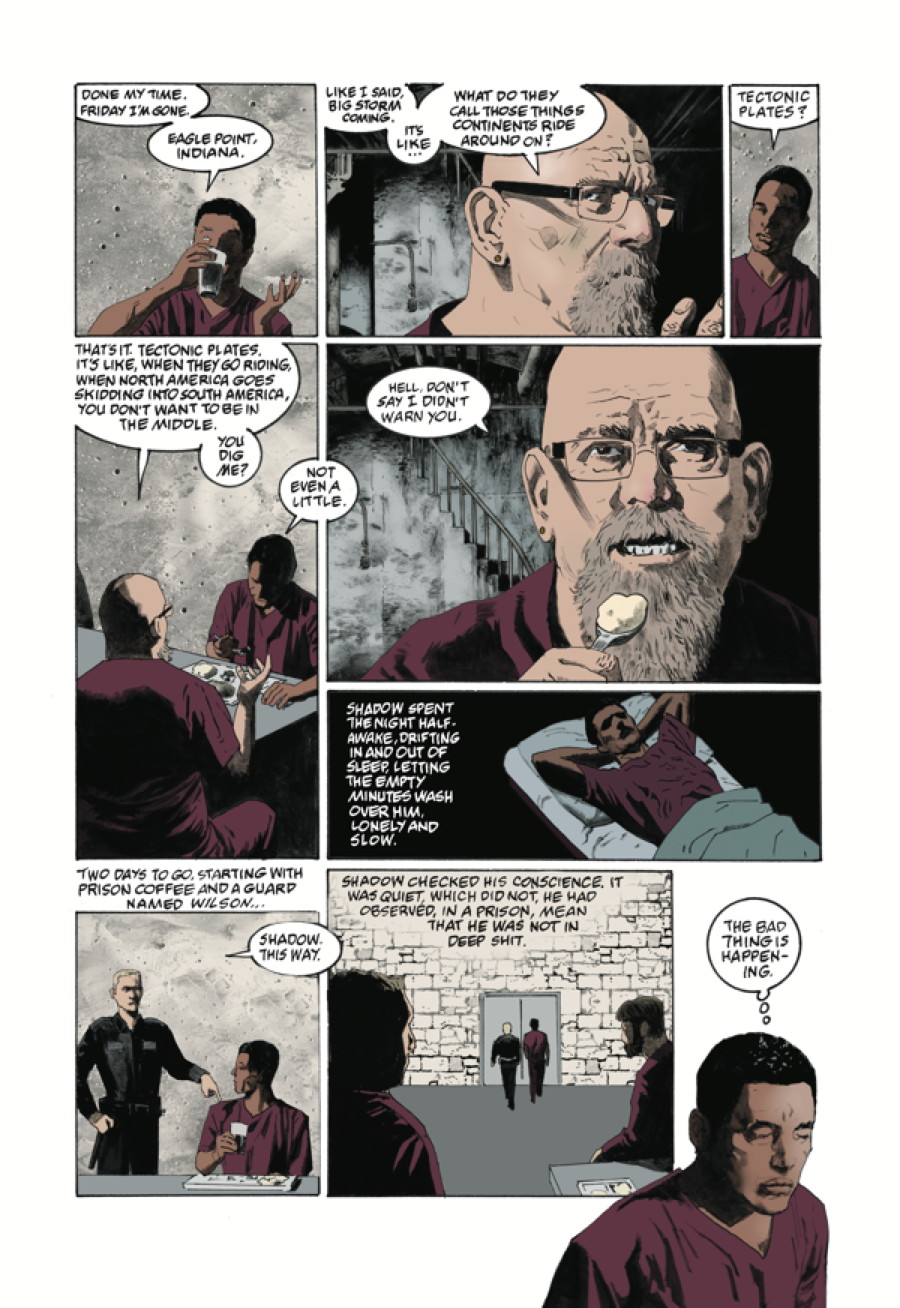 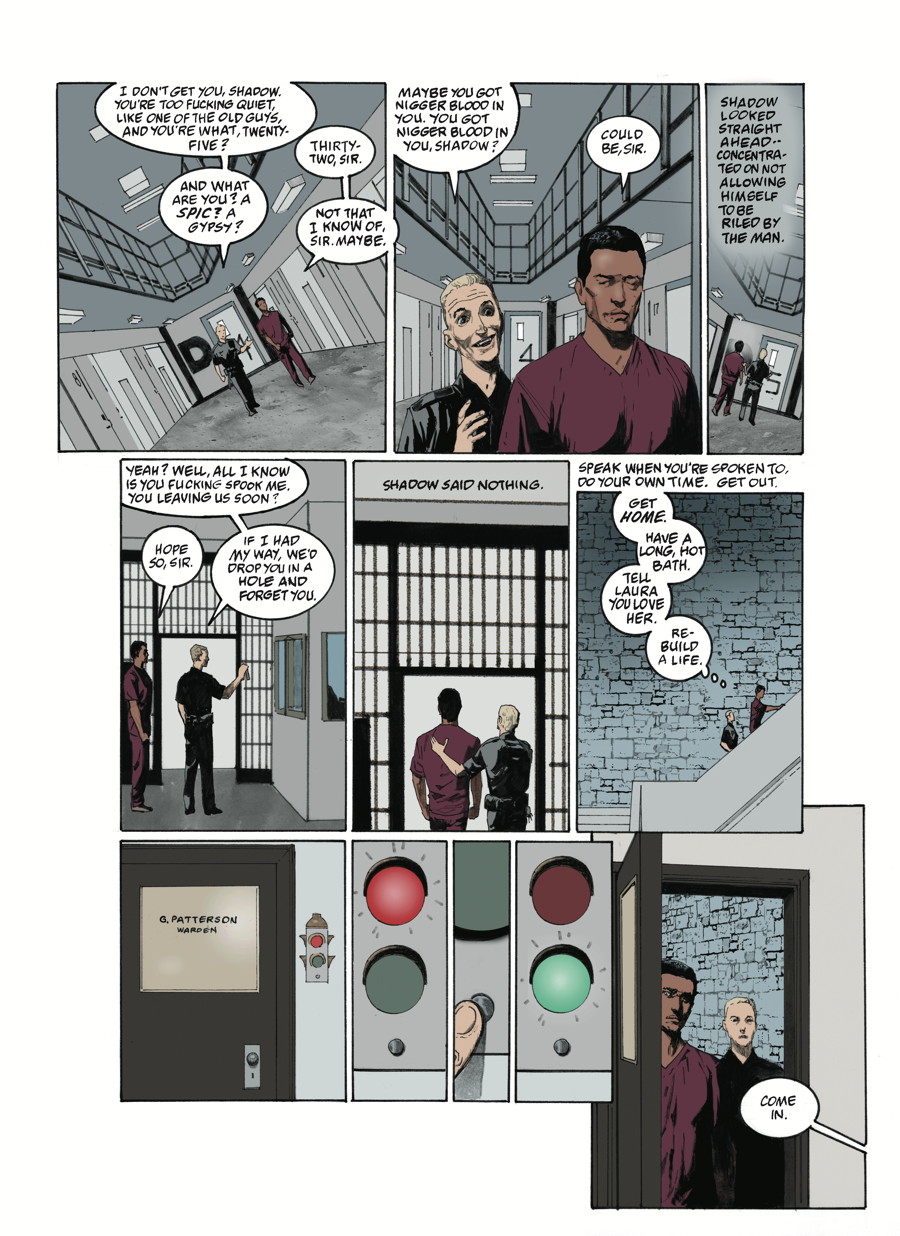 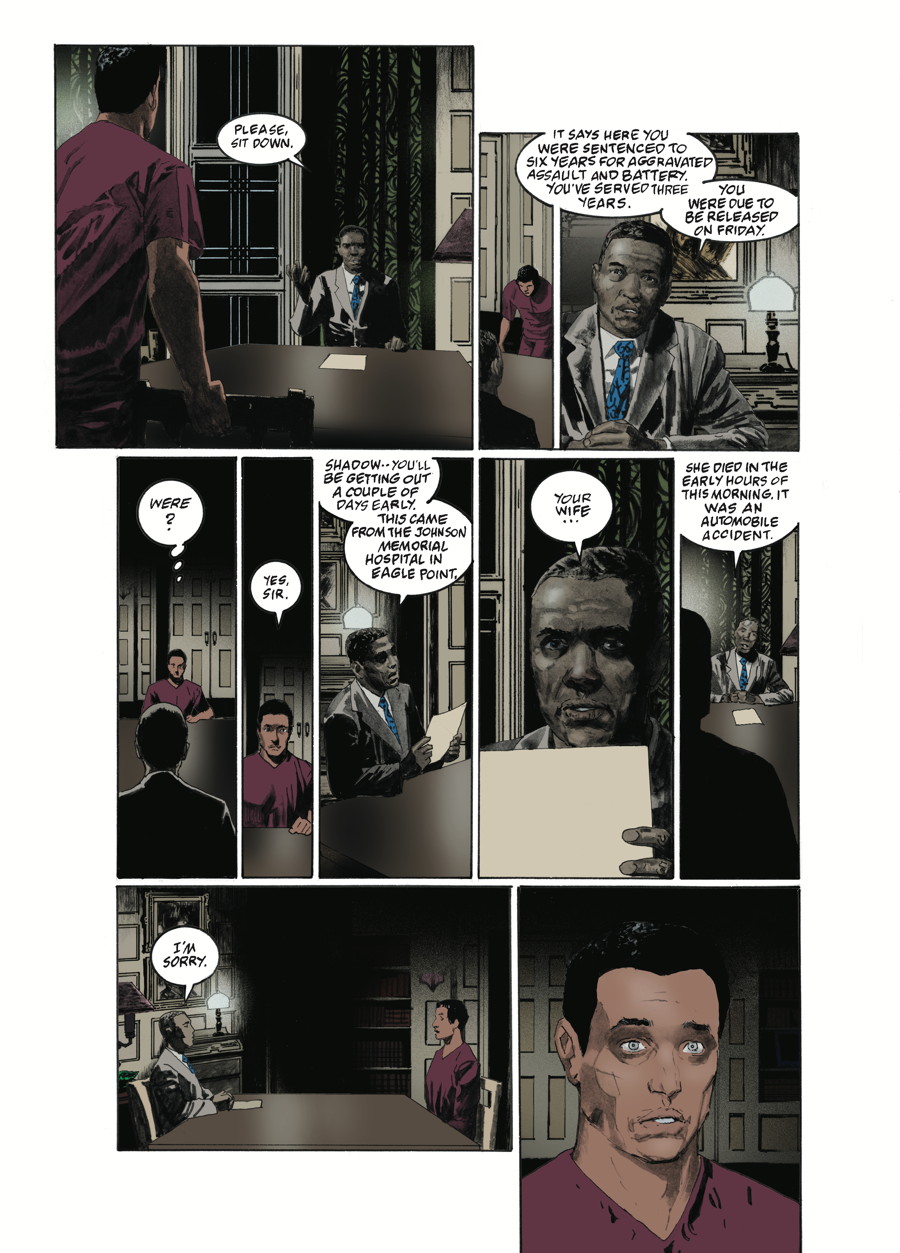 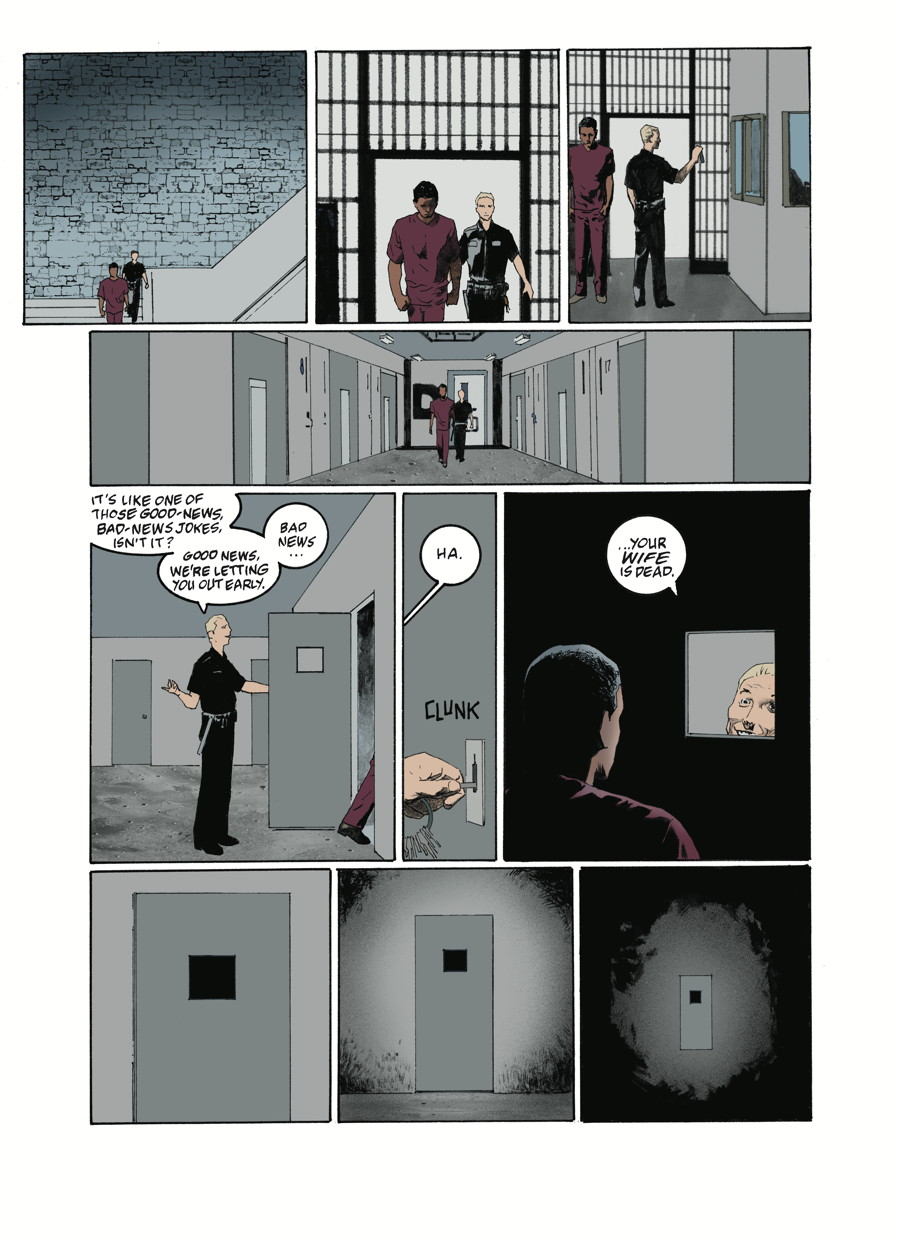 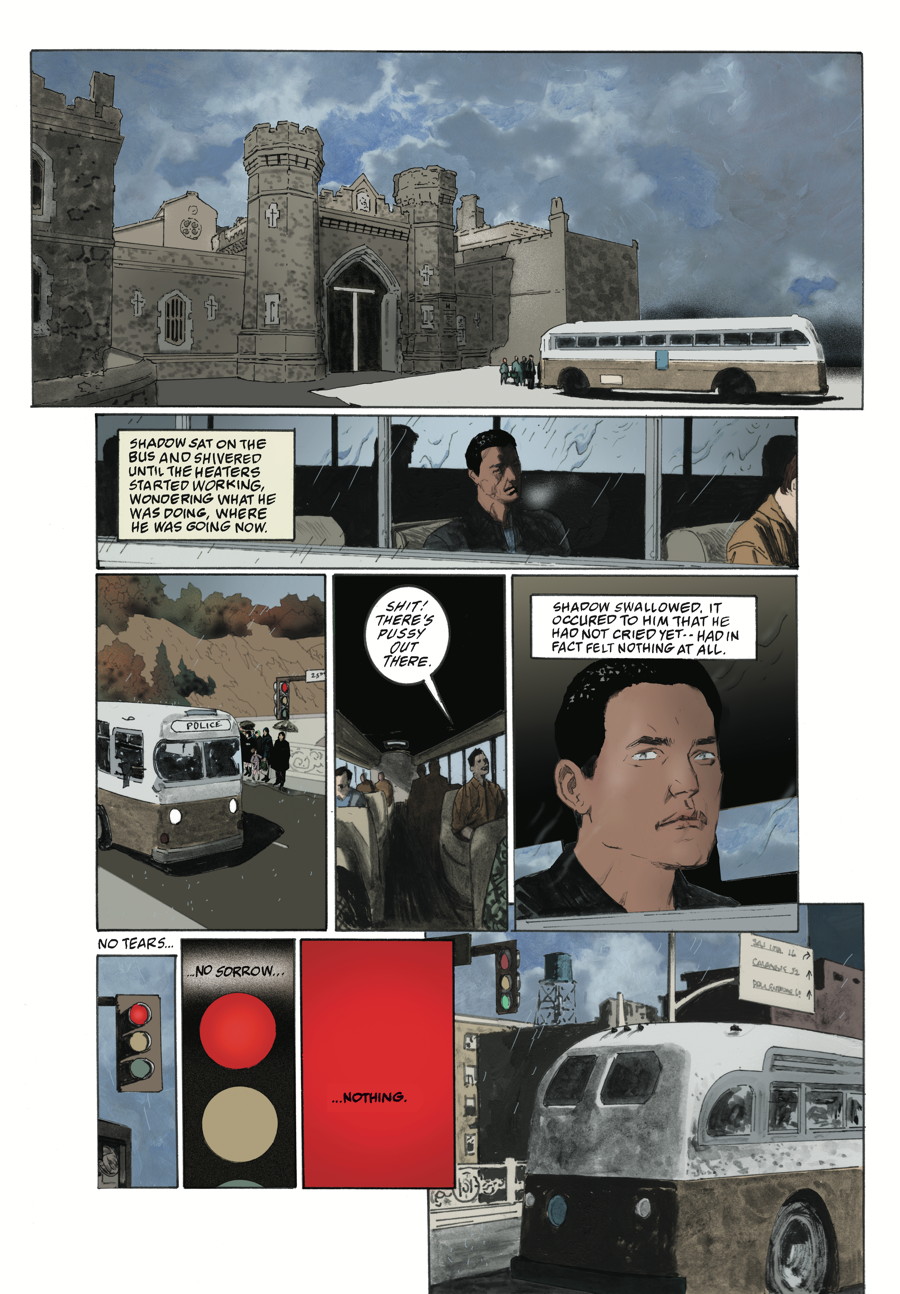 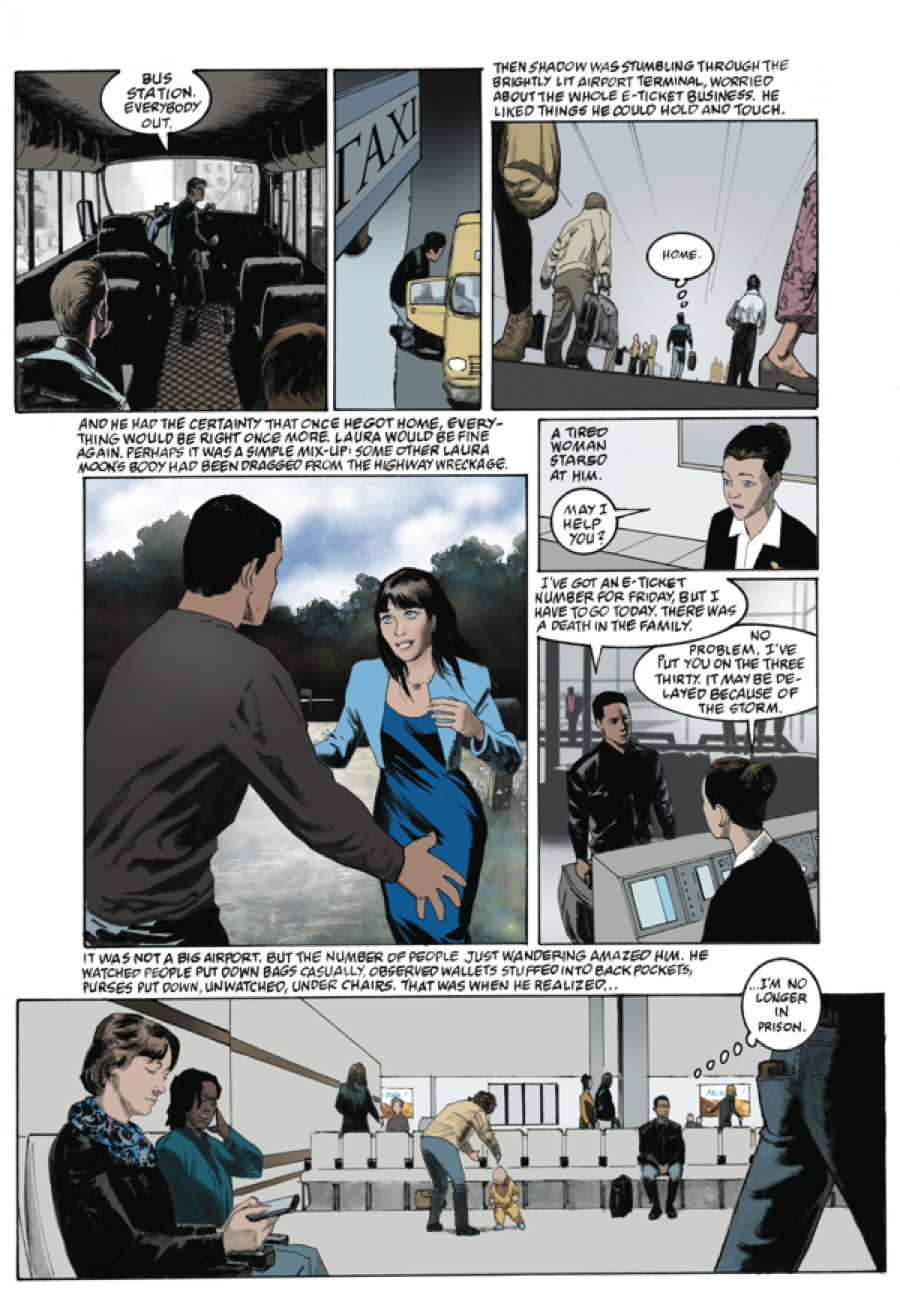 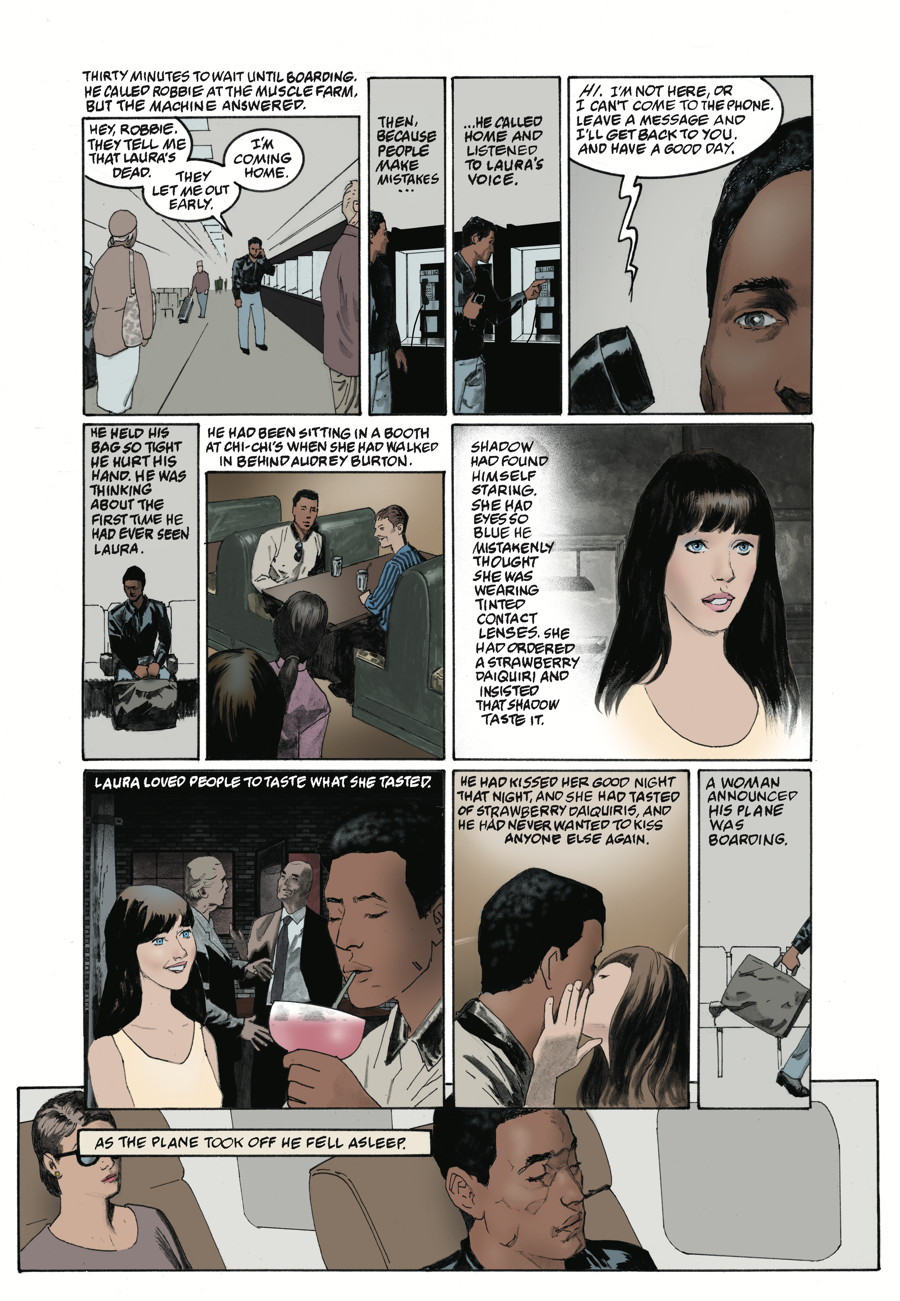 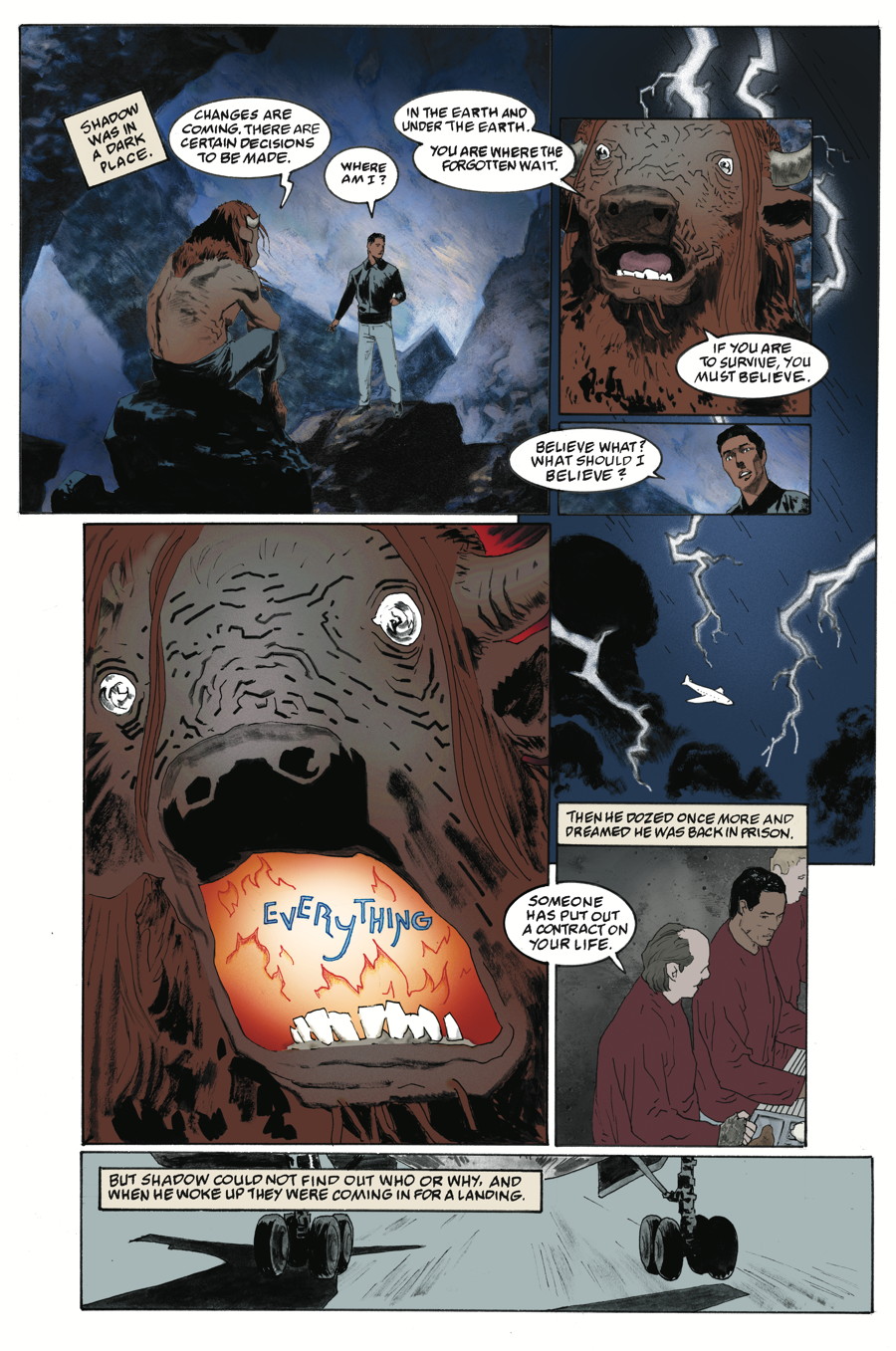 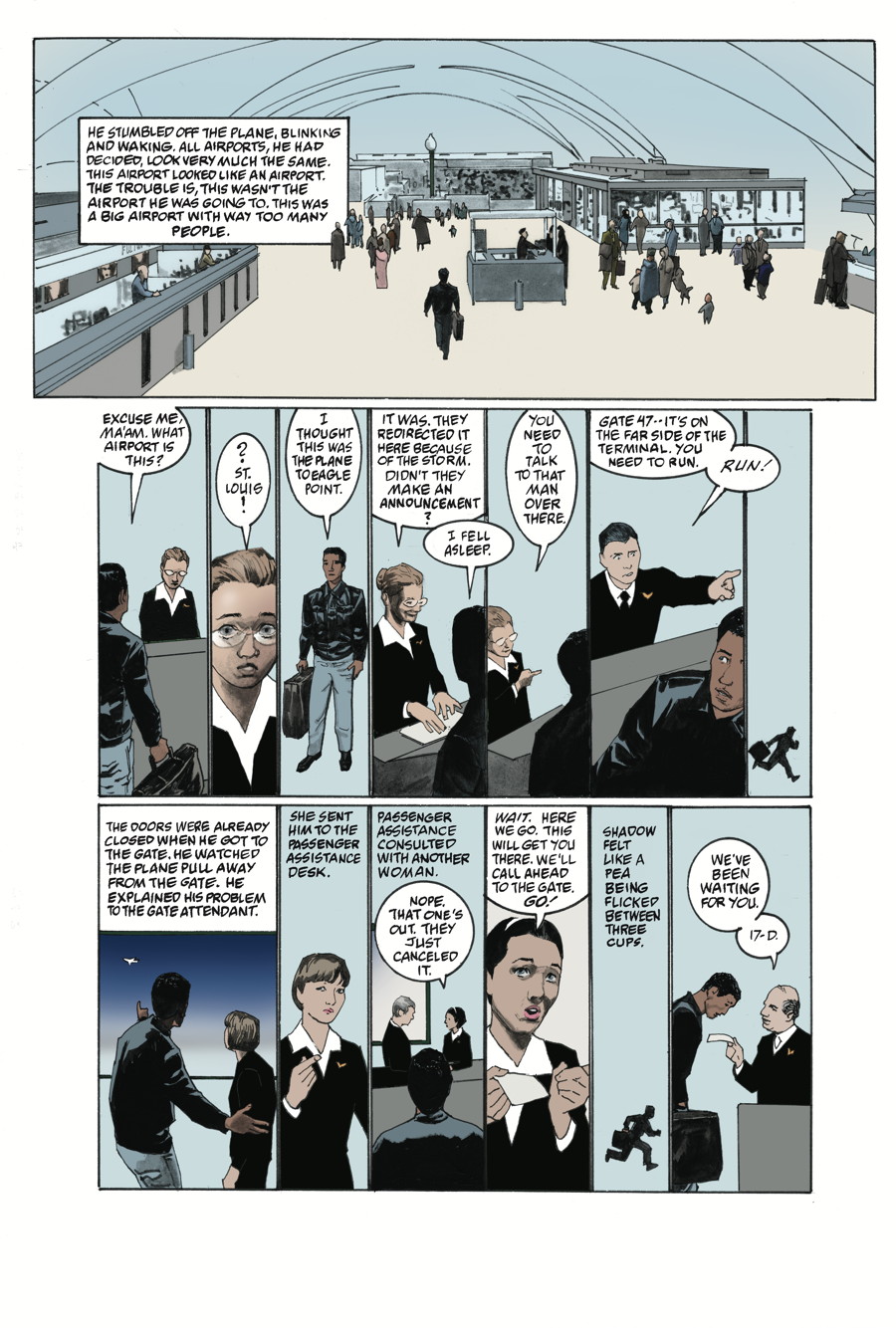