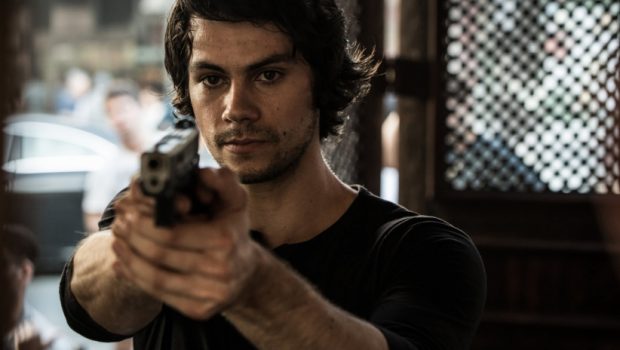 Mitch Rapp (Dylan O’Brien) and his partner Katrina (Charlotte Vega) are holidaying overseas in Spain, making it the perfect time for him to propose to her on the beach. However, just as they celebrate the beach is attacked by terrorists, leaving Mitch wounded and Katrina murdered. Filled with nearly uncontrollable anger and rage, Mitch dedicates the next period of his life to having his revenge on the terrorist cell responsible for the attack, including going undercover. While on the verge of killing some baddies, Mitch’s meeting with an insurgent group is sprung upon by none other than the CIA itself! They kill the terrorists and then capture Mitch. After a thirty-day period, it is discovered by one of the directors, Irene Kennedy (Sanaa Lathan), that Mitch’s fighting skills are dramatically “off the charts!” Isn’t that always the case in these films? Consequently, he’s invited to join a recruitment programme for counterterrorism. The leader of this training regime is Stan (Michael Keaton). Stan is unimpressed with his latest recruit, declaring that he’s “seen off the charts before.” He is also concerned about Mitch’s impulsive nature and stresses that Mitch should not make the course of their special missions in Turkey personal; he could put himself and the rest of the team in danger as they try to discover who is attempting to develop a nuclear weapon.

There isn’t a whole lot to say about American Assassin because we’ve seen this type of thriller so regularly in the past and done better. There are indeed some expectations for the film given that it is directed by Michael Cuesta who made Kill the Messenger (2014) and several Homeland episodes, which is now a highly acclaimed television show. Assassin is also credited to four different writers, including Ed Zwick. Additionally, Michael Keaton is usually a bonus in any film in which he stars. Therefore, the talent assembled to adapt Vince Flynn’s novel only confuses us as to why the film is cut from such a generic cloth of disappointment. The opening attack scene is well-staged because the violence is unflinching and senseless, which makes it seem real and disturbing. However, the contrivances in the story and the frequency of the action beats makes for diminishing returns. The idea that the CIA holds vigilantes and then trains them because they’re great at fighting is stupid and unlikely. Similarly, the way the missions unfold is the same each time, thereby lessening the tension. A surveillance mission is always followed by a predictable burst of action or a chase sequence. 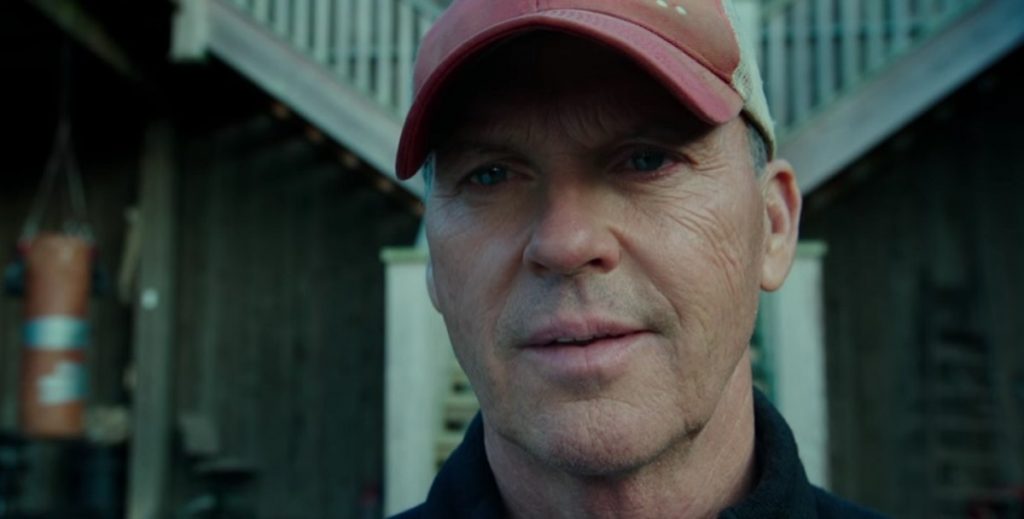 The action is also difficult to watch at times because the violence becomes too heavy-handed, such as when Stan almost strangles Mitch to death or when a female agent is nearly drowned in a bathtub. In the second half, the filmmakers seem to throw in the towel. The editing of fight scenes becomes overly choppy and the plot lazily resorts to the two lamest and overused clichés of the genre: the Red Countdown Bomb and The Student Who Turned Rogue subplots. In terms of casting, Michael Keaton is dedicated to Stan’s grit, particularly in a scene where something unsavoury occurs involving fingernails and an ear. After someone rips the first one out, he screams defiantly: “I’ve still got nine more!” which drew some big awkward laughs at the screening. Dylan O’Brien is intense but one-note because the role doesn’t explore deeper into Mitch than his anger. The other characters are merely making up the numbers with forgettable stock roles, including a rarely-seen villain called Ghost! While American Assassin starts okay the unsurprising trajectory of the story diminishes the lasting impressions a more adult and ambitious thriller would have successfully made.

Summary: While American Assassin starts okay the unsurprising trajectory of the story diminishes the lasting impressions a more adult and ambitious thriller would have successfully made.