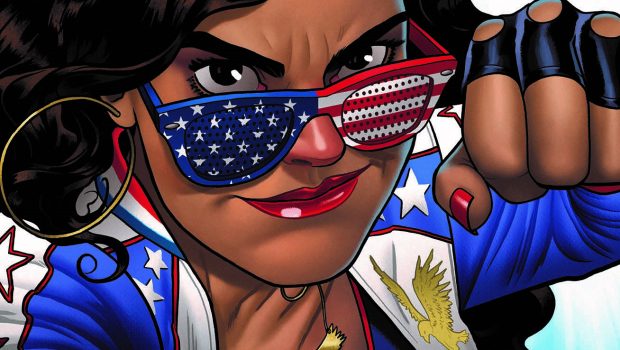 AMERICA #1 WILL RETURN TO COMICS SHOPS FOR A NEW PRINTING!

She’s the leader of the Ultimates. She punches so hard she can shatter the barriers between dimensions. And now she’s returning to comic shops for a second round! Today, Marvel is pleased to announce that AMERICA #1 has completely sold out at the distributor level (though copies may be available at retail level) and will return for a brand new printing! But that’s not all, to celebrate the release of this can’t-miss debut-issue, Marvel is offering up three separate covers for the America #1 Second Printing – from artists Joe Quinones, Jamie McKelvie and Jeffrey Veregge!

Missed the first issue? Don’t worry! You’ll get another chance to grab a copy of the first issue when it returns to comic shops on April 12th! Superstar YA writer Gabby Rivera and fan-favorite artist Joe Quinones take America Chavez solo for the first time in a debut that has the critics buzzing!

“A triumphant debut that almost dares readers to not be entertained.” – Newsarama.com

“Perfect. America is simply one of the best new comics that Marvel have put out in a while.” – All-Comic.com

[America #1] is as visually inspiring as the lead character, carrying an energetic visual style that compliments the book’s vision. – ComicBook.com

“If there were any doubts that Miss America truly needed her own comic, America #1 should put them to rest.” – IGN.com

“Rivera writes a confident and multidimensional America, while Quinones and Villarubia illuminate the pages with energy and vibrancy.” – Comicsverse.com

She’s stood side-by-side with some of the most powerful heroes in the Marvel Universe. But now it’s time for her to go it alone. It’s not too late to jump on board the series that has the world watching! Grab your copy at your local comic shops when AMERICA #1 returns to stores April! Plus, be on the lookout for issue #2 – available April 5th! 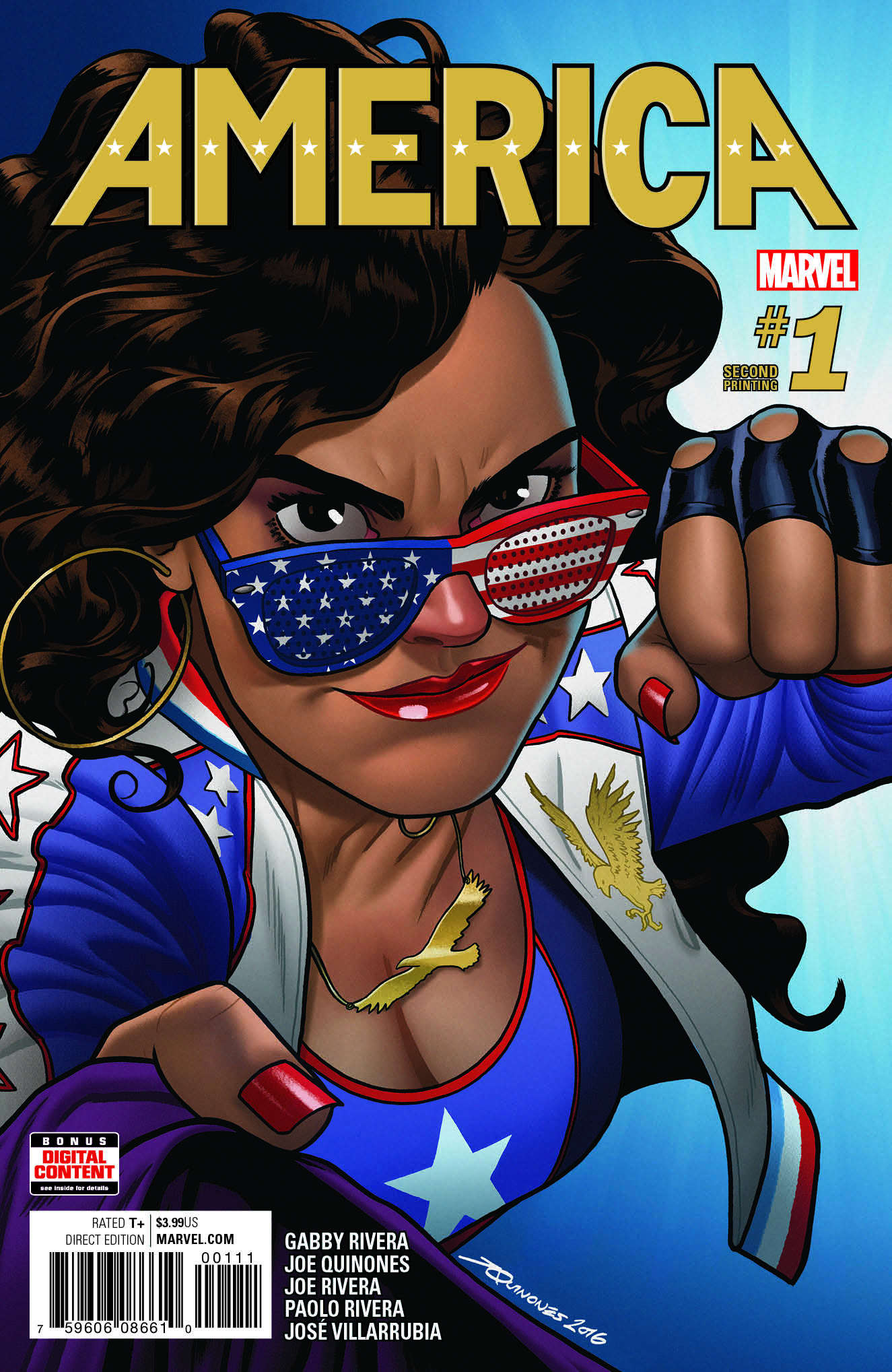 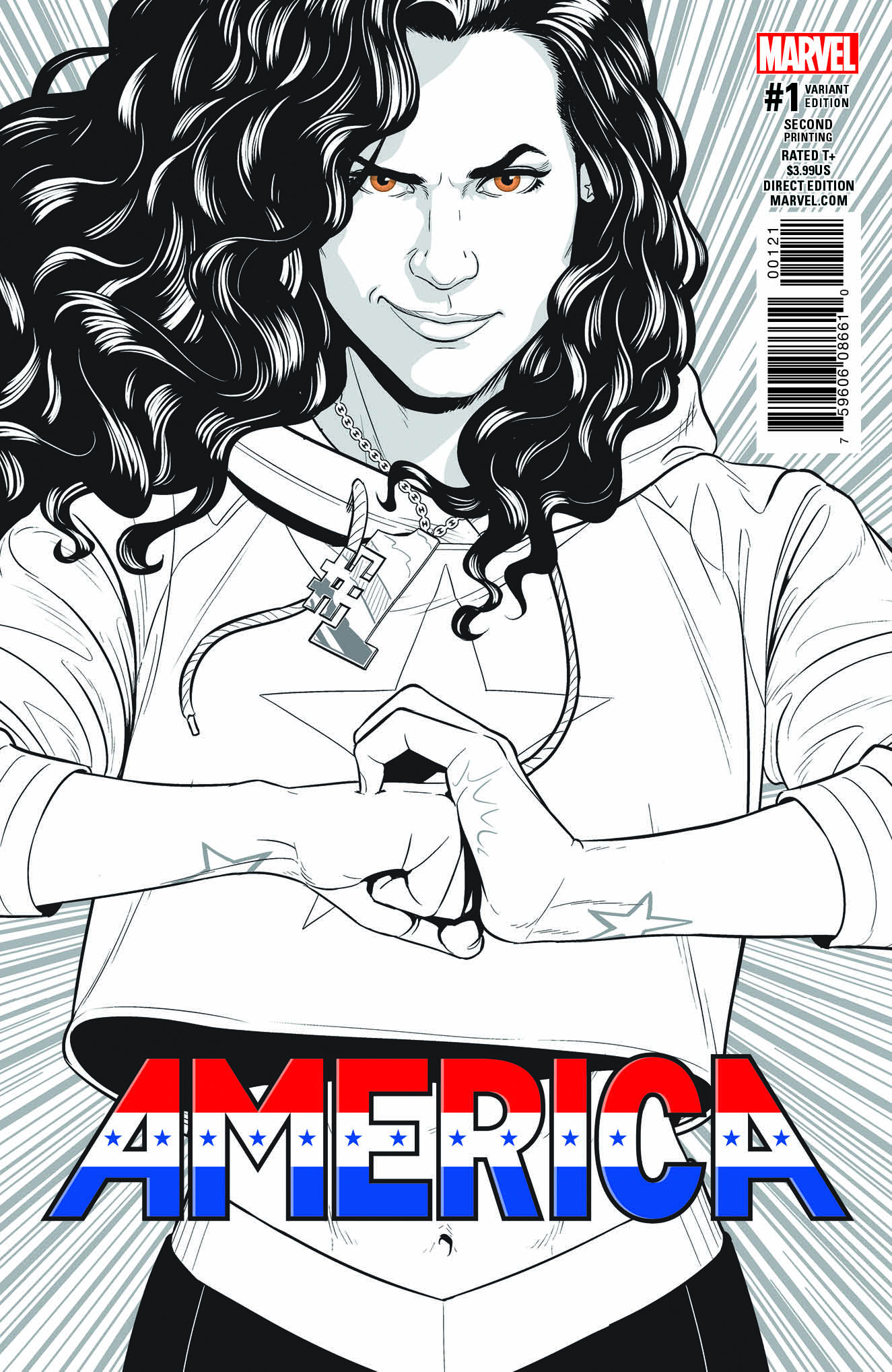 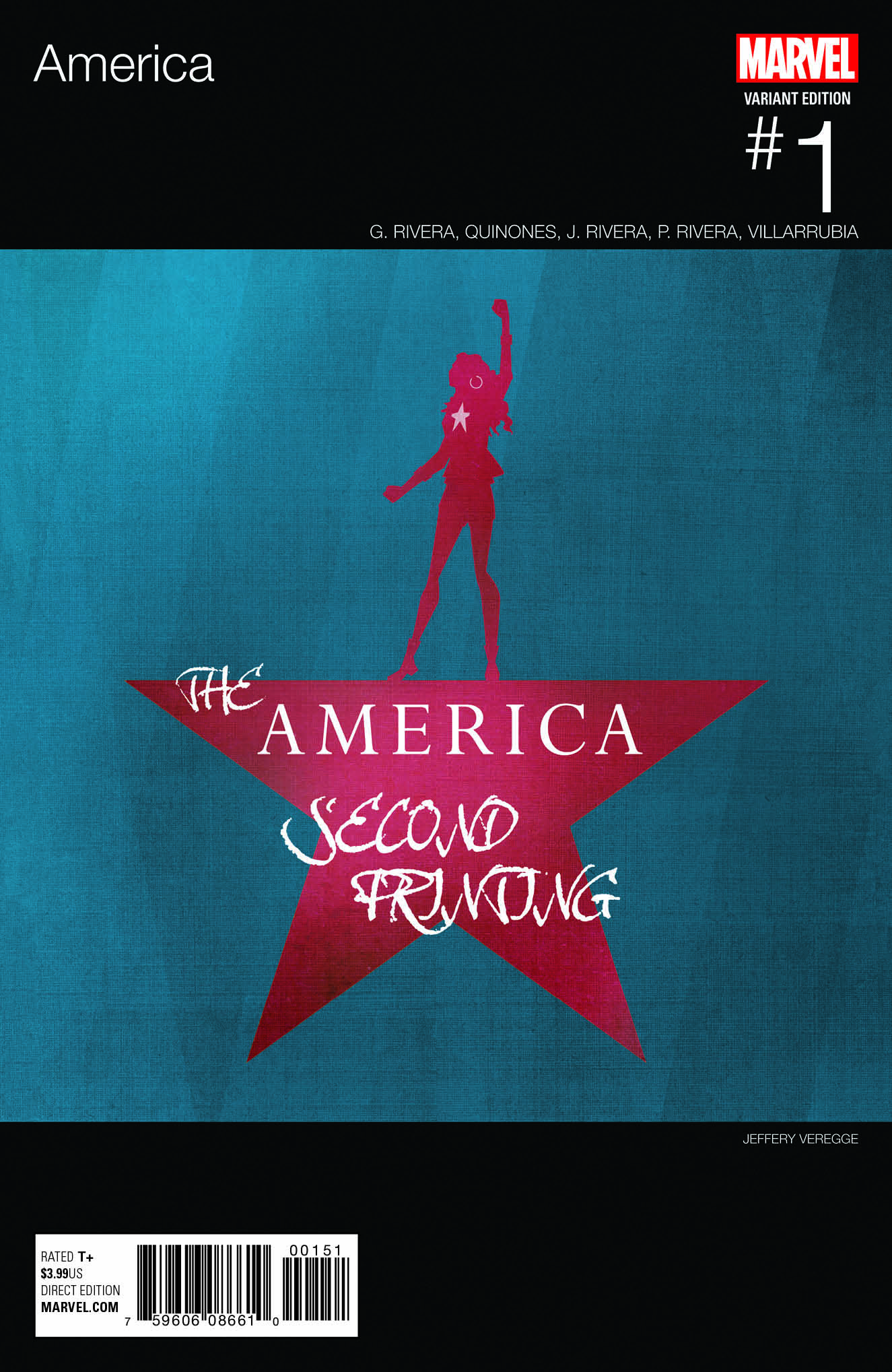