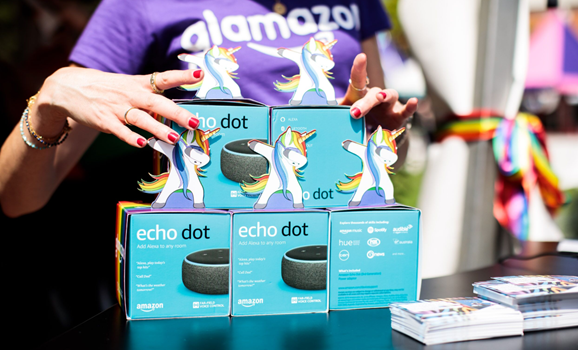 Have you ever wondered what Alexa does when she’s not catering to your every need? This Mardi Gras you’ll find out, as Alexa adopts her drag queen persona and joins in on the fun. The unofficial ‘Blue Light Disco Queen’ will help you get involved in all things Mardi Gras – just ask her for some fun Mardi Gras facts, her thoughts on Cher or what you should wear for the parade!

This year, to celebrate the 2020 Sydney Gay and Lesbian Mardi, Amazon Australia is getting on board in many ways to sponsor the festivities, like with their first ever Glamazon float and live activation in the village. Come along and find out exactly what makes Amazon so glamourous this Mardi Gras festival!

If you can’t make it to the parade, you can shoot Alexa any of these festive questions to get you in the Mardi Gras spirit.

So pop some glitter on and join Alexa in celebrating all things LGBTIQ this Mardi Gras season!