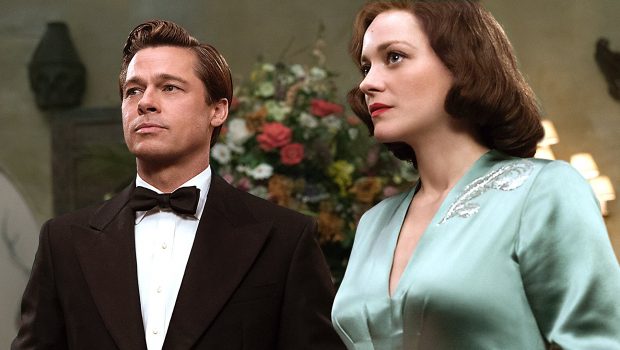 Nothing lands in Robert Zemeckis’ new film Allied. Despite boasting major stars in Marion Cotillard and Brad Pitt, it’s the screenplay by Steven Knight (Locke) and Zemeckis’ direction that tramples the realism of the film and its authenticity. To make this a commercial, blue ribbon film and an ode to Casablanca (1942), someone decided to cast a set of heavyweights for the lead roles. However, it’s the way these stars have been filmed which is disruptive to the story’s believability. Brad Pitt plays Max, a soldier during the war who is singularly parachuted into a remote desert location in Morocco—the first of many contrivances in the story. He pairs with Marianne (Cotillard) and they pretend to be a married couple to infiltrate a party and assassinate a Nazi figure. The glamorous nature in which the actors are photographed works entirely against this dramatic situation.

It’s true that films like this are sold on their names and their looks, but in this regard Allied is ridiculous. Marion Cotillard is so photogenic in this film that it unravels the whole plot. Why would a spy like Marianne dare to look so glamorous if she’s meant to be keeping a low profile and why are so many early scenes about the couple looking mint and socialising? It doesn’t make any sense in the context of the story and the dangers of their situation. At one point, Marianne tells Max that he needs to work on his accent, which is signposting the issue of not casting a French actor in the part. It doesn’t help that Brad Pitt and Marion Cotillard are on completely different pages with their performances and have no chemistry. Marion Cotillard is understandably more comfortable in French and tries a bit too hard to make up for Pitt’s total banality in the first half; her charisma and high energy work in overdrive to overcome the bad dialogue (“that’s a lot of f***s!”). Allied is essentially two movies in one and after the first lump is finished there’s still another half to sit through. 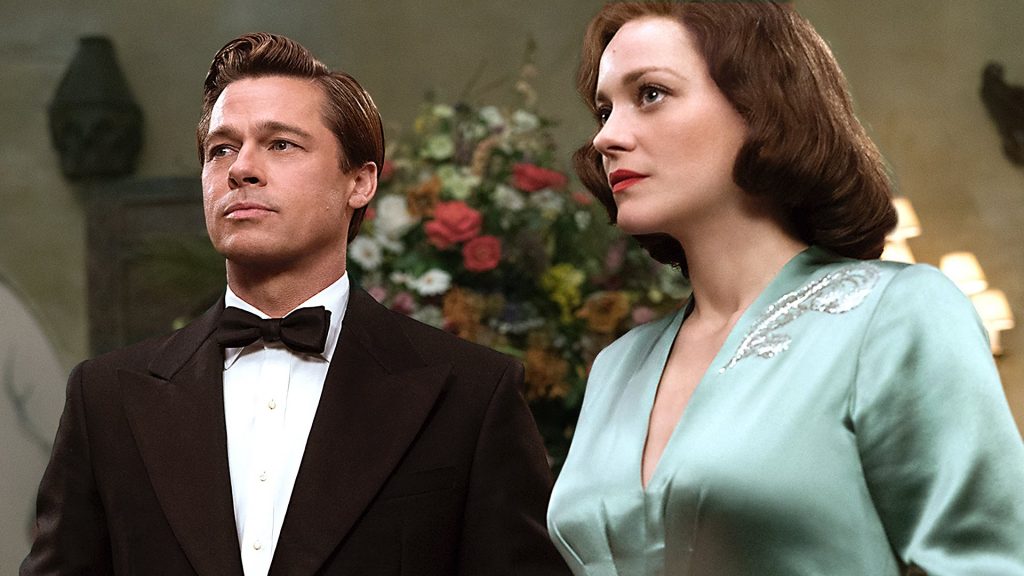 The second half is an improvement but still suffers from terrible lapses in continuity, low obstacles and a revelation that doesn’t make any sense. Following the mission, the couple are now married and living in London towards the end of the war. But their happiness is unsettled when Max is given an ultimatum by a British task force. He is told that he must determine whether Marianne is a German spy, and use false information to trap her. If he does not prove her guilt then he will be hanged. There’s arguably more to like about this dramatic but silly premise. It enlivens Pitt’s character to transcend his square-jawed dullness. He becomes understandably paranoid, anxious and suspicious about his wife and even the people she’s talking to at a party. But this also leaves Cotillard with less to do than her co-star and the plot holes, specifically the British choosing not to interrogate Marianne, are unforgivable.

In general, Allied is not a well edited film by Zemeckis. Scenes don’t flow into each other gracefully but are either pointless, such as a silly love scene in a sandstorm, or fragmented. Notably, there’s a ridiculous transition in the second half where Max flies from England to France and back again within a single evening. Nevermind about the amount of dangerous activity in the sky. This leads to a decent action sequence but at other times the obstacles aren’t high enough; one of Max’s tasks for example is merely taking a photo to certain individuals to ask if they recognise his wife. Then there is the sad resolution, which ends on a brutal note but the revelations of Marianne’s backstory aren’t logical with the rest of the film’s timeline. As such, the disappointment here is that there’s too much polish on the actors and far too little on the script.

Summary: There’s too much polish on the actors and far too little on the script.