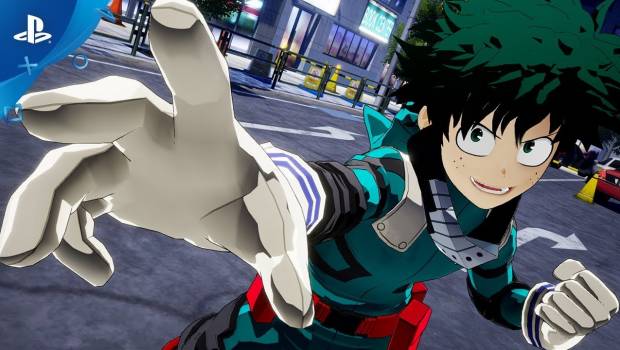 ALL FOR ONE, THE GREATEST VILLAIN ANNOUNCED FOR MY HERO ONE’S JUSTICE

Today, BANDAI NAMCO Entertainment Europe revealed the presence of All for One in the roster of MY HERO ONE’S JUSTICE. A new special move is also revealed for all the characters, the EX Plus Ultra! The action-packed game, based on the famous franchise is scheduled to be launched on October 26th, 2018 for PlayStation®4, Xbox One, Nintendo Switch™, PC Digital via STEAM® and other distributors.

All for One was once Japan’s most powerful villain and All Might’s arch-nemesis, he has reained outside of superheroes affairs for the past years, raising Shigaraki to become his successor. Players will be able to use his unfathomable power and recreate his epic battle against All Might!

The EX Plus Ultra is the ultimate move in MY HERO ONE’S JUSTICE. By fully charging their Energy gauges player will change the tide of the battle with the help of their Sidekicks with a triple powerful attack!

MY HERO ONE’S JUSTICE will be launched on October 26th, 2018 for PlayStation 4, Xbox One, the Nintendo Switch, PC Digital via STEAM and other distributors. For more information about the game and other products from BANDAI NAMCO Entertainment Europe please visit: https://www.bandainamcoent.com, follow us on Facebook at https://www.facebook.com/BandaiNamcoEU , or join the conversation at https://www.twitter.com/BandaiNamcoEU .