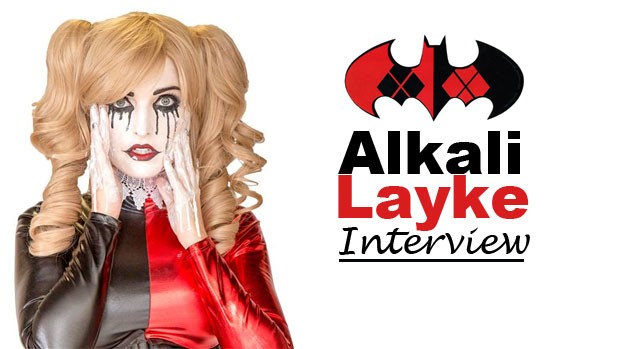 Alkali Layke is a Cosplayer, equal opportunity geek and fan of pop culture who is obsessed with craft beer and loves the SyFy Channel. Impulse Gamer recently caught up with Alkali to discuss her love of cosplay, all things geekdom, convention fever and BATMAN!

Welcome to Impulse Gamer Alkali… so tell us how did you become involved in Cosplay?

I’m a special effects makeup artist and hairstylist by trade. I decided to do special effects makeup at my booth for Tree City Comic Con in a Poison Ivy Cosplay because I thought it would be fun and I love costuming. I had no idea how popular it would be and it rivalled my SPFX makeup in popularity. I had always wanted to diver further into the art of costuming and come out of the “Cosplay Closet” and that weekend provided me with the guts to do it! People have been overwhelmingly supportive ever since! 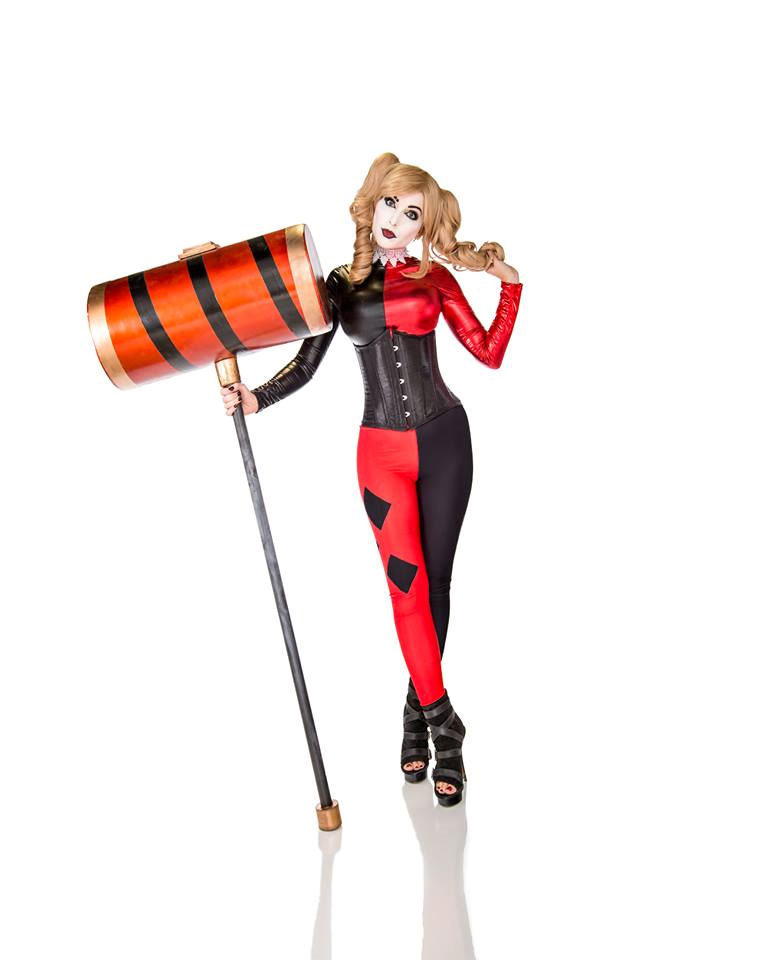 What’s been your favourite costume/character so far?

My favorite character so far is my WonderFett. I created her from top to bottom and I’m so proud of her. So many skills were involved in creating her including pattern making, thermoplastics, foam-smithing, sewing and painting. I can’t wait to show her off at conventions!

Tell us what are your top five fantasy characters?

First of all….I think every time I get asked this it changes! I have so many! I guess it depends on the mood I’m in when I’m asked. The list below doesn’t necessarily have anything to do with Cosplay…just fantasy characters I love.

1. Darkness from Legend
2. Pale Man from Pan’s Labrynth
3. Night elves, World of Warcraft (so beautiful!)
4. Anything from The Hobbit
5. The White Witch, Chronicles of Narnia

What advice would you give to people who are interested in cosplay?

Just TRY! You can’t “fail”. It’s about having fun. COS-Play means “Costume Play”…wear a costume and go PLAY! When I started I had no idea that people might ask me for interviews or request prints or that I’d start a company centered on Cosplay (www.Level40Two.com). If people enjoy what you produce that’s wonderful…but you need to enjoy it for yourself first. 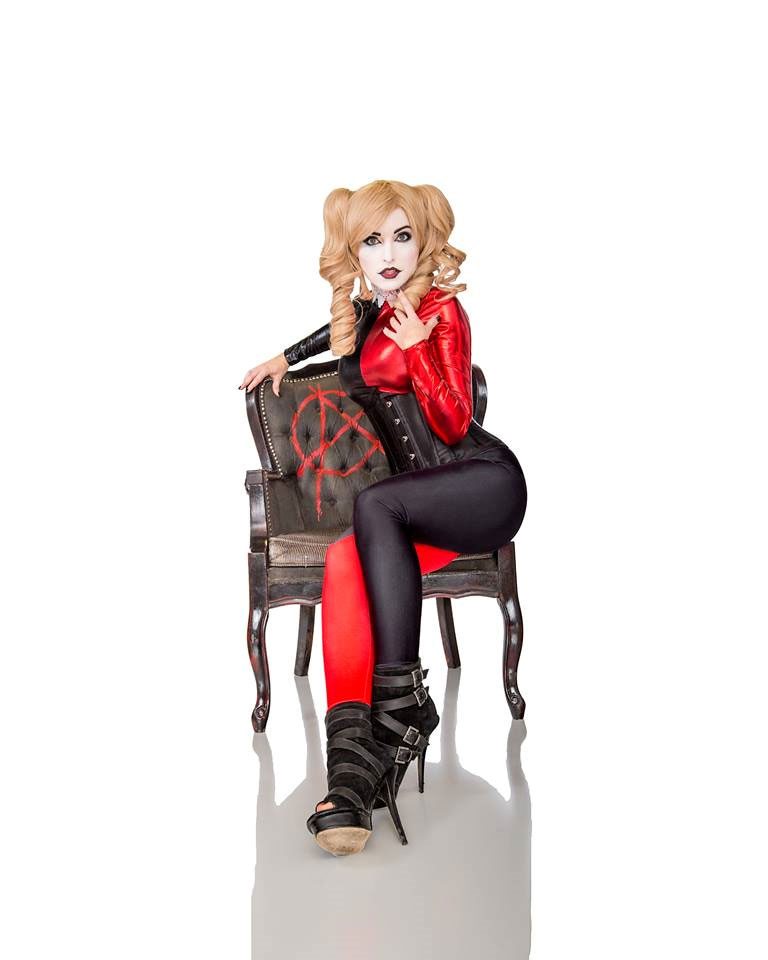 Tell us your best cosplay experience to date?

My best cosplay experience so far has been meeting my Cosplay Sisters in Salt Lake City at SLC FanX. I didn’t know what to expect and those girls embraced me with open arms! Extra special thanks to Joanie Brosas, LeeAnna Vamp, Megan Golden and Ash Sweetring for helping me feel accepted in the cosplay community. I feel like I have a Cosplay Family there and I am so thankful!

If you had unlimited money, would character would you create?

I would create an amazing fully armored FEMALE Batman. Not a cute little wear some undies and a black bra B.S. with a mask and call it Batman. I can’t do that to Batman. A REAL BATMAN! Form fitting of course, because I fully enjoy my curves and being a woman….but BATMAN! Nothing held back KICK ASS Batman! Just thinking about it makes me nerd drool. 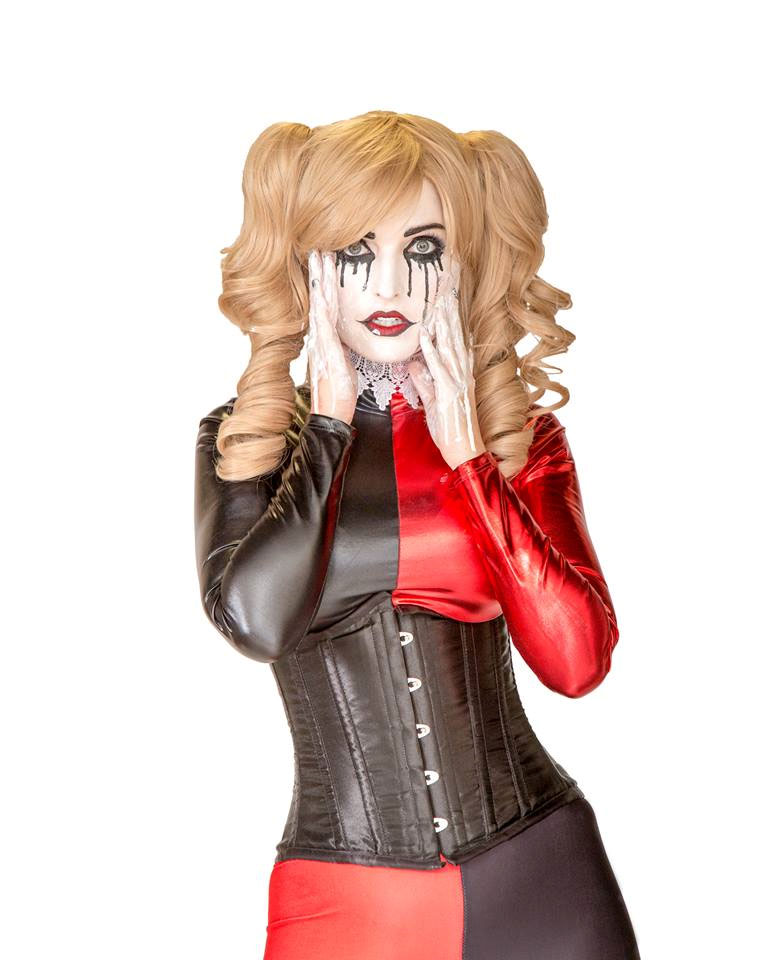 Which cosplayers do you look up to the most?

I look up to 3 Cosplay Artists for very different reasons.

1. LeeAnna Vamp. She’s the first professional Cosplay Artist that I’d ever met. I hate to say that I expected the worst, but I did. I was greeted instead with a kind, smart, talented woman. And she’s just cool! WTF? I don’t have that much “cool” in my pinkie finger. Hot damn.

2. Kristen Hughey. I’ve had the pleasure of speaking with Kristen a few times and she is one of the nicest people that I’ve ever “internets” met. I have yet to meet her in person, but I know that she is honest and kind. She knows the “business” of cosplay like no other and I have a lot to learn from her! Also…have you seen her social media feeds? She responds to fans! All the time! Not just sometimes. She has a heart of gold.

3. Joanie Brosas. She’s the girl who’s got your back. She won’t stand for any sort of Cos-bullying. I love it. Skinny, curvy, nerdy, goofy, handmade, store bought….doesn’t matter. She truly represents Cosplaying for the fun of it. I once heards someone at a convention say something derogatory about an artist’s size. She had a comeback so quick…I couldn’t believe it. So much sass in such a small package. Kind…Talented…Smart that one is! 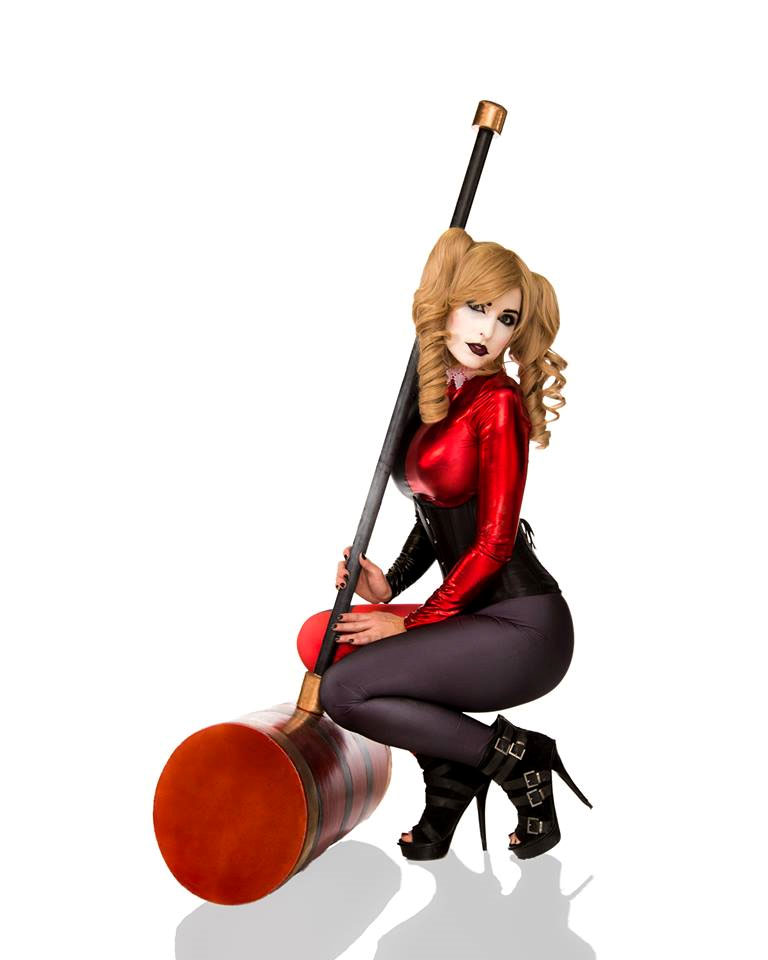 What has been your favourite convention so far?

So far it’s been Salt Lake FanX. So many people! Who knew? I can’t wait to branch out of the Northwest though and see much more!

If you could travel to any convention in the world what would it be and why?

In the short term I’d love to make it to Stan Lee’s Comikaze! It’s over Halloween weekend! Sounds like a killer party….I have to find a way to get there! In the long term I’d love to go to Supanova…because….AUSTRALIA!

Besides cosplay, what else do you get up too?

I own a company called Level40Two. It’s a subscription box that features autographed photos of cosplay artists. That takes up almost all of my spare time! It’s fun, but very challenging securing the Cosplay Artists that my customers request. Outside of that I love all things active! I live in a very active state (I-DA-HO!) and love to get out in the beautiful outdoors as much as possible.

I hope it holds more conventions! I have the FEVER! I need to meet all the wonderful people who inspire me every day to be creative!