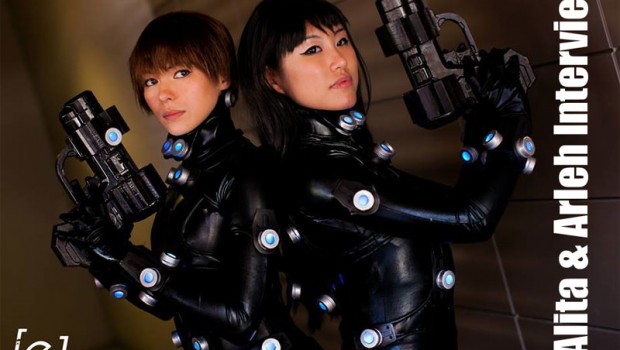 Welcome to Impulse Gamer, Alita & Arleh … so the big question is, how did you guys meet?

We’ve been mates since high school. We bonded over a mutual love of trying to kill each other on the streetz. …but seriously, we’ve been friends for a really long time. Longer than most celebrity marriages, so that’s got to count for something!

How does your friendship contribute to your dynamic cosplay duo-ness?

There’s something special about collaborating on a project with someone who just gets you. We’re pretty much a foil for each other, one of us comes up with kooky ideas for a costume and somehow convinces the other to do it! A great example is Ponyo, we love Studio Ghibli and thought why not ALSO do an underwater shoot?? Despite the fact that neither Alita or our photographer could swim haha. There was a lot of almost-drowning that day… all in the name of COSPLAY! 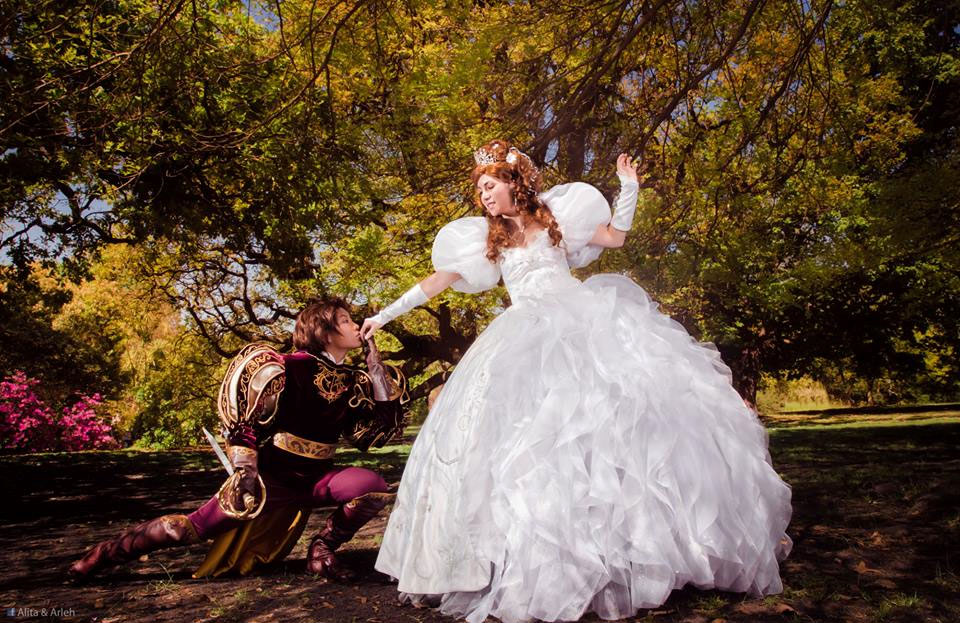 Who is the funnier cosplayer and why?

WELL…Only a battle to the death can determine this. *dun dun duuuun* Actually most of the time it’s a combination of both. Arleh pulls the wackiest faces. Alita is funnier on stage because she constantly stacks it, to the hilarity of the audience.

What’s been your best con so far?

Armageddon Auckland in New Zealand! We wore one of our most complicated costumes, Alita was Prince Edward and Arleh was Giselle from the Disney movie Enchanted. We got noticed by Christopher Judge (Teal’c from Stargate), and because it was also Alita’s birthday we got to party with Teal’c all night long! Also that weekend we miraculously won the Trans-Tasman Cosplay Contest. It was a great con, they had archery there!

Can you tell us how you create your costumes?

We use a variety of techniques, and also a little a bit of hope and luck. One of the things we like to do with cosplay is to learn a new technique with each costume. For example we learnt how to make moulds and cast resin pieces for a Pirates of the Caribbean costume. And how to solder EL wire for a Tron Costume. The sewing comes and goes.

When you’ve finally finished your costumes and gear up… what goes through your mind?

It’s always a great feeling of pride to have the costume come together at the end after months of work. Usually we reward ourselves with Maccas breakfast the morning of the convention, fat and SASSY! Also nervousness as we usually try and prepare a skit for on stage on the same day. 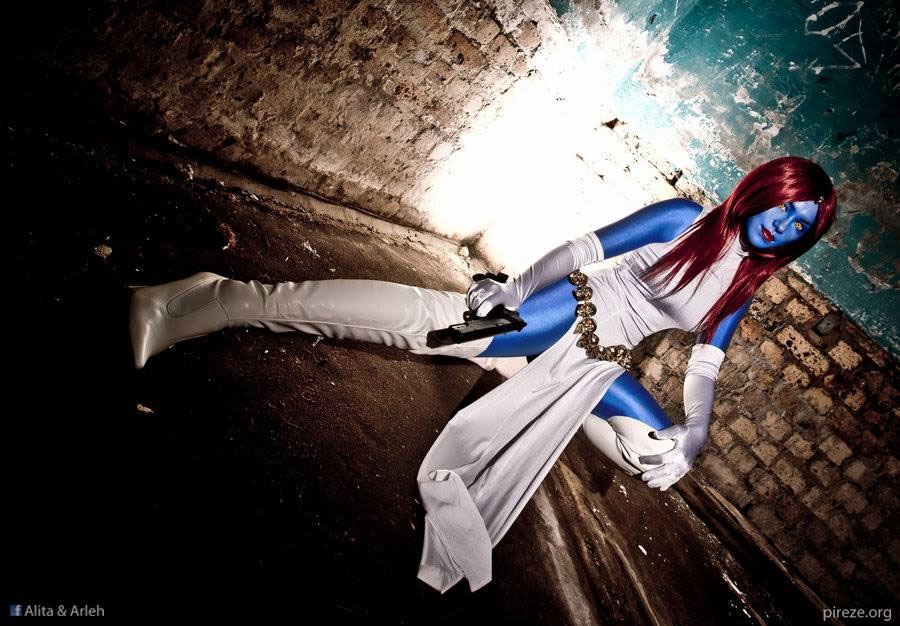 You’ve probably heard this question a million times (but we’ll ask anyway), how did you both get involved in Cosplay?

Alita had a deep love of DBZ since she was a wee girl of 6 years old watching it in China. She cosplayed Pan from DBGT for Supanova 2003 in Sydney. And somehow dragged Arleh kicking and screaming into the scene in 2005 for a Tekken cosplay.

Where do you get your cosplay inspiration from?

It always starts with characters we love from movies and anime. But it helps if the costume designs are intricate, have flair, and also involve a construction technique we might not have tried before. But inspiration can come from anywhere really, recently we went to a Jean Paul Gaultier exhibition in Melbourne which was fantastic. That gave us a LOT of construction and detailing ideas for our next costumes!

What are you reading now in terms of comics and what games are you currently playing?

Alita is currently obsessed with Captain America: Winter Soldier and is making her way through a backlog of Bucky Barnes comics. Arleh has borrowed the Dark Knight Returns from Alita and… hasn’t touched it since she got it haha. Both of us love horror games, though it doesn’t really inspire our cosplay we just love solving challenges while getting the pants scared off us.

Who are your favourite cosplayers from around the world and why?

Yaya Han has to be one of our favourite cosplayers. We really respect how she’s turned her costuming into a viable business, not many cosplayers can say that. Her cosplay construction is always impeccable, she makes great armour and always comes up with interesting added details to a costume. She makes it her own.

The Late and Great Justin Acharacter, who in our opinion was one of the best male cosplayers out there and just an all-round awesome guy. He was always helpful when it came to sharing his techniques with other cosplayers. He also did a lot of charity work in costume, which we’d like to look into doing more as we think it’s a great way to give something back to society.

Kamui who’s known for her crazy amazing armour making skills, and because she’s generously shared her techniques with cosplayers all around the world.

Are there any downsides to cosplaying?

It’s really hard to maintain a good balance between work and cosplay, both of us have jobs with long hours, sometimes it means sacrificing… a social life for cosplay, but it makes it up in the end! Luckily we dodge most of the cosplay drama in Australia. We don’t like to take ourselves very seriously, cosplay’s all about having fun, but we like to take the crafting side of it seriously.

Do you think that cosplay has become a little too commercial at some conventions?

There’s a lot of talk about how cosplay has become about generating Facebook likes… but really for us, it’s always been about enjoying yourself. It should be an inclusive hobby, anyone should be able to dress up as their favourite character and have fun in a welcoming community. People do it for all sorts of different reasons though, so it’s not up to us to judge others on why they do it! 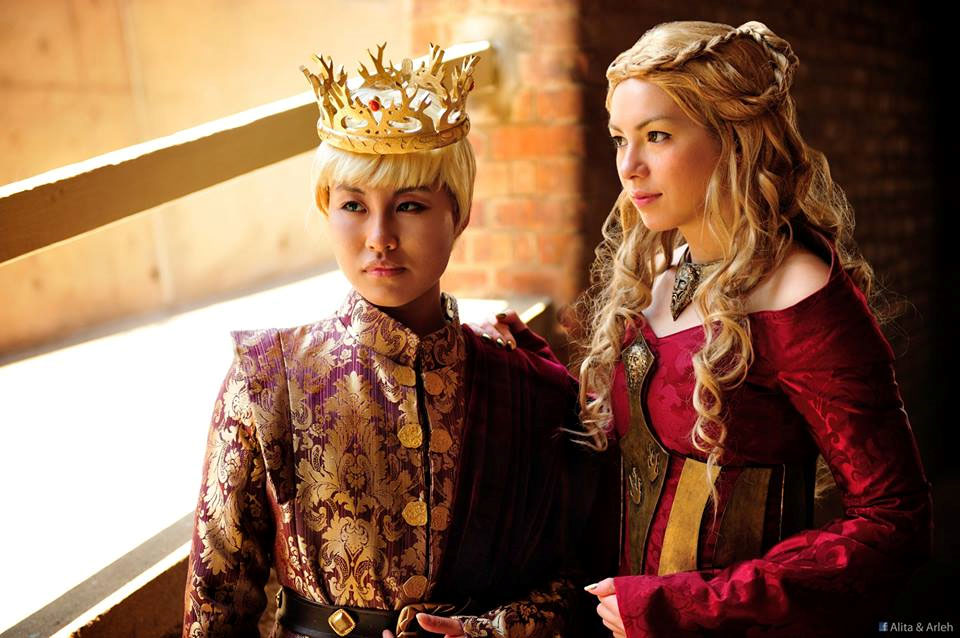 To date, what have been your favourite cosplay costumes so far?

Enchanted is up there because it is probably our most challenging and technically difficult costume, took us about 6 months non-stop to make. Alita hand embroidered the sleeves, and Arleh spent countless hours hand beading the jewels on the dress. Arleh loves her Cloud Strife from FFAC costume, mainly because it’s the only one that has pockets (seriously, any costume with pockets is a miracle!) Alita loves her Alisa from Tekken 6 costume because it has swarovski crystals on the butt.

What’s the geekiest things that you guys own?

Kid you not, we own actual replicas of Cloud and Sephiroth swords out of metal at home. Burglars beware, they weigh like 5 kilos and they could seriously brain someone!

If you had an unlimited budget, which cosplay characters would you be and why?

We have this debate all the time! And have so many ideas it’s really hard to pick one. But probably the most hilarious dream is to make the 7 foot tall Naavi costume from James Cameron’s Avatar, complete with Arleh as the trusty dragon steed. Kakaaw mofos.

Which cons are you most looking forward to in 2015?

Arleh is going to DragonCon for the first time in the US. She’s got big plans for it. It’s gonna be epic! Alita is looking forward to playing all the games at PAX, especially that one with the gigantic SEGA controller again. The size of it equalled the scale of fun she felt. 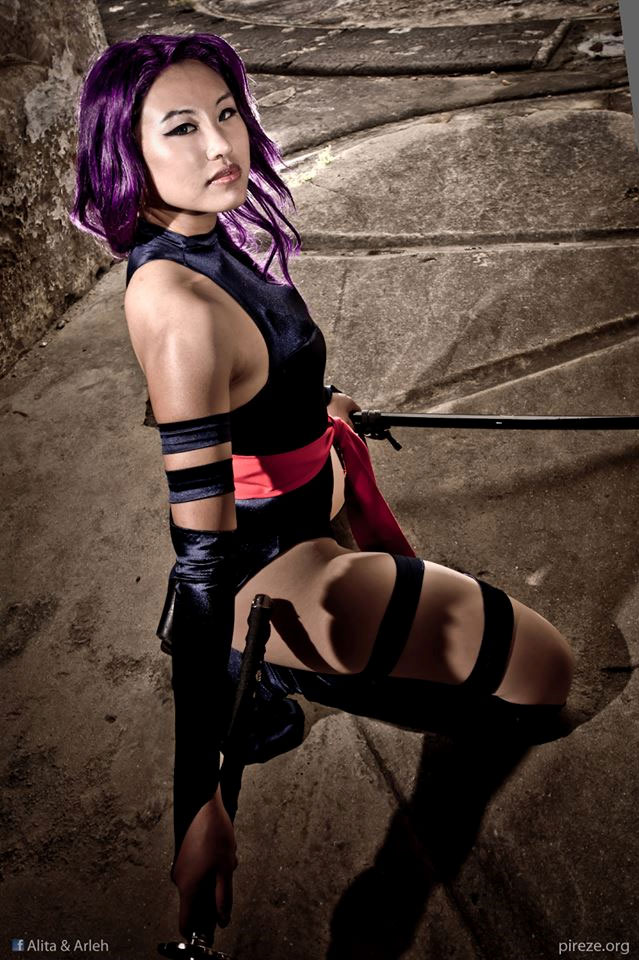 If you could travel overseas, what would be your top 3 must visit conventions and why?

Dragon Con is a must, but we would definitely love to do San Diego Comic Con, the pilgrimage of all geek fans everywhere, it is practically the Cathedral. And of course, the Motherland of all Anime… love to go to Comiket in Japan and crowd surf.

Lastly what advice would you give newcomers to cosplaying? 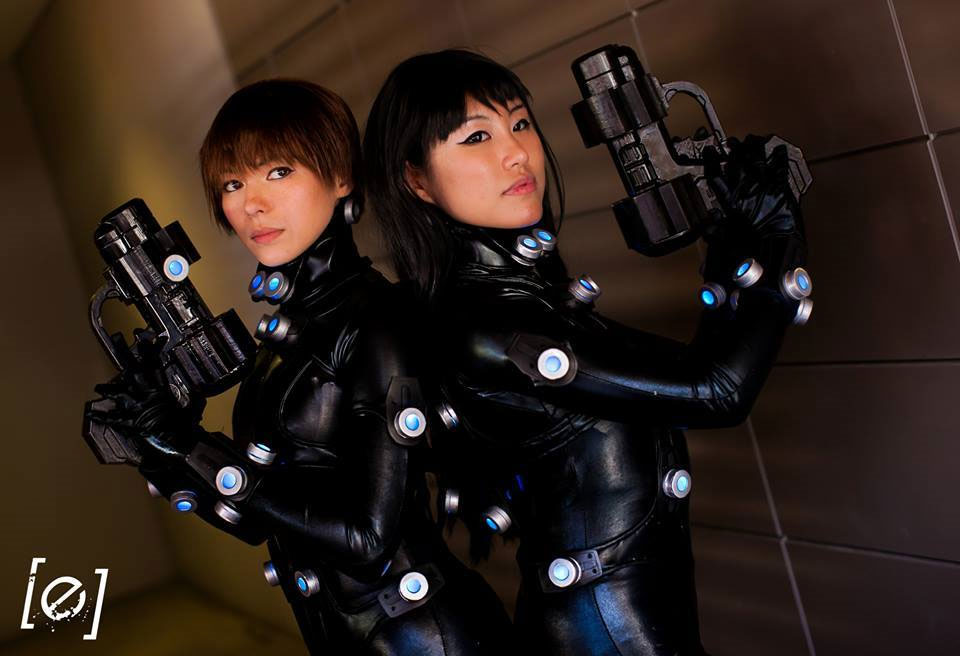