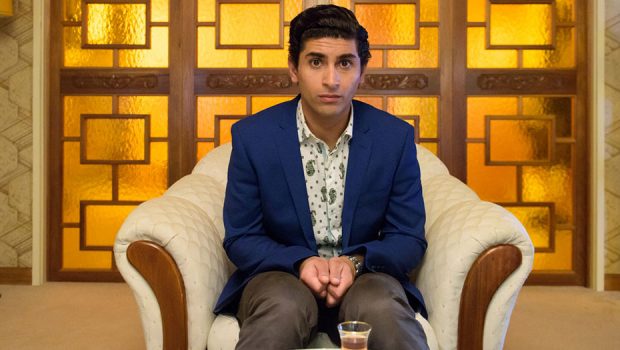 There’s an idea that the key to comedy is all about timing. This is probably more inline with pacing and delivery but in the case of the Australian dramedy Ali’s Wedding, the key applies to a release date. It’s so unfortunate for this local production of a story about dysphoria and challenging family values because it was beat out by the very similar (and frankly better) The Big Sick just by weeks. It’s not fair to compare the two but naturally this movie is going to get lost amongst the crowd. But Ali’s Wedding still has a few things to offer an Australian audience with its insight into everyday Muslim life that will hopefully chip away at the bigoted view mainstream Australia seems to have with this peaceful religion, while trying to make you laugh at the same time.

Osamah Sami plays the lead role of Ali, a sweet young Muslim man who has dreams of being an actor but is coasted into studying medicine by his semi-overbearing parents. Don Hany plays the role of dad, a pillar of his community and cleric at the local mosque who escaped Iraq to set up a life for his family in Melbourne. Ali wants to make his family proud by passing his exams but his head and heart are focused on two other things, one being a career in acting since he’s always the lead in his father’s musicals (yes musicals) that are put on at the mosque each year. The other distraction is Dianne (played by the extremely talented Helana Sawires).

After some persuasion and a lot of study of the Koran, Ali convinces Dianne to temporarily marry him so they can spend time together alone without their family overseeing their hang times. However, there are a few problems for the loving couple. Ali has been set up for an arranged marriage to another woman and is too scared to say otherwise. Probably the funniest scene in the movie features a misunderstanding over tea that leads to unwanted wedding bells. Here the comedy is all in the action and not in the dialogue. The plot thickens when Ali cracks under pressure and lies to his family to cover up his failing grades. This sets off a very uneven and prolonged story that is light on humour and heavy on melodrama.

This movie doesn’t know what it wants to be. At its peak, the comedy is great but unfortunately the spacing between the jokes and drama are squished too close together. One minute we’re watching Ali as an endearing child in Iran experiencing the sight of the opposite sex (posters of hair models are the main goal for him here) and then the next the family is dealing with a tragic death. This disjointed pattern continues throughout the movie and makes for some vague and broad storytelling.

The musical score might be the movie’s biggest letdown since it really undermines what co-writers Sami and Andrew Knight probably had in mind. This film about breaking away from communal expectations could be so much more punk rock but scenes of two lovers staring into each other eyes while the cheesiest fucking music you’ve ever heard plays over the top only inspires more of a dry retch than a wet eye.

The movie also follows some pretty cliché story telling with Ali hanging out at his work at a petrol station with his comic relief friends while discussing the problems of his life. Sami is a decent actor but comes off as a little wooden in the dramatic peaks, but thrives during the more comedic scenes. His friends in the film are more interesting and engaging than the star, which doesn’t add up to be a good thing for a main character. Rahel Romahn as the delightfully silly Ayoob is criminally underused and could have elevated this movie to a higher standard if the spotlight shone his way a little more. The same can be said about Sawires who is written to be more than just a love interest but is still pushed to the side for a less interesting main character. 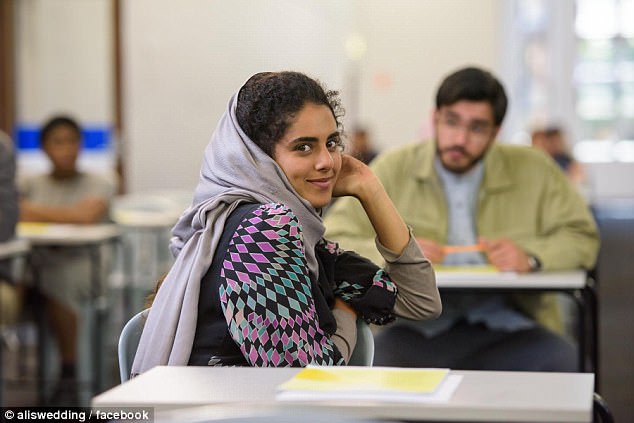 But it really isn’t all bad news since there’s a lot going for this movie. Sami does show signs of a decent comedic actor if only he was put in a more focused film. Director Jeffrey Walker has done some great work in the past, particularly that of Angry Boys, Difficult People and Modern Family. Yet Ali’s Wedding shifts too quickly in tone and comes out as a bit of a jarring and repetitive mess.

But the good news is that this movie does showcase some great acting talents and uses humour to humanise the Muslim world in a time where closed-mindedness really is Australia’s biggest flaw. This movie’s plain comedy might be enough for those 50 years and up but it really lacks any guts or grit to hook in the Apatow generation. It’s not all bad on the surface, it’s just after watching this jumbled (apparently) true story for almost two hours you really see how the piecing together of this interesting story has ruined what could have been a decent watch.

Summary: Ali’s Wedding shifts too quickly in tone and comes out as a bit of a jarring and repetitive mess.