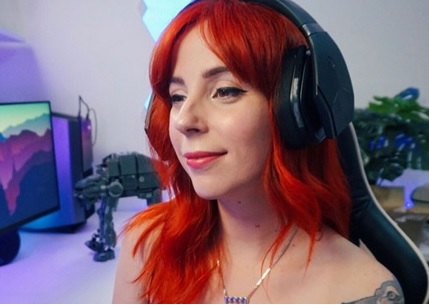 Happy Halloween! Alienware streamer SeriesofBlurs is ‘horrorfied’ – and talks to us about her favourite gaming genre

Halloween is nigh, so it’s the perfect time to get the lowdown on horror games. Whether it’s a Stephen Kingbook you can’t put down, or a movie that sends shivers up your spine, there’s a special group of us who love horror, and all the thrills and scares that go along with the genre.

While October is THE month to watch horror films and TV shows, it’s also a great excuse to dip your toes into scary video games.

We recently sat down with Alienwarestreamer and horror fanatic, SeriesofBlurs, to discuss her lifelong obsession with the horror genre, and explore what makes scary video games so appealing.

What initially drew you to the horror genre?

I was exposed at a young age, being the youngest sibling in my family, I was always trying to join in on horror movie nights. It gave me a taste and from then I started reading the Goosebumps and Fear Street series by R.L. Stine. Playing games followed not too long after that, there was a natural progression to it. What really attracted me is that there is a freedom to the horror genre, I love how unpredictable it be sometimes.

What makes a horror game ‘good’? Do you have a favourite game/franchise?

For me, the defining feature of a great scary game is the atmosphere. When a game can build up that dread, it’s really able to get under my skin and I enjoy that.Some of my favourite horror game series, like Dead Space and Resident Evil 7, despite having drastically different environments, can nail the creation of unsettling surrounds.

What do horror video games offer that horror movies don’t?

Being in control. You feel tense and on edge but, unlike horror movies where all you can do to stop a character from dying is screaming at the screen, you’re in complete control, which makes everything feel a lot more intense.You’re in charge and you’re the one making mistakes. You have a lot of responsibility, that’s what makes it so scary. It’s easy to yell at a character that is doing something you don’t agree with.But if you’re the one doing the wrong thing that gets you killed or gets you scared, that’s on you.

What horror game would you recommend to someone new to the genre?

I personally believe that Dead Spaceis a great place for horror newbies to dip their toes into the genre. As the title suggests, you’re stuck in a mining spaceship that’s been overrun with creepy, mutated monsters. But the game is so much more than just its setting.Instead of relying on cheap jump scares, when things start to get intense, the music score becomes more ominous and unsettling.

The developers of the game also employed a technique called Deferred Lighting, which means that all the lighting in the game is rendered in real-time. The flashing alarms and flickering of candles creates a truly discomforting experience that’ll have you sleeping with the lights on for weeks to come. 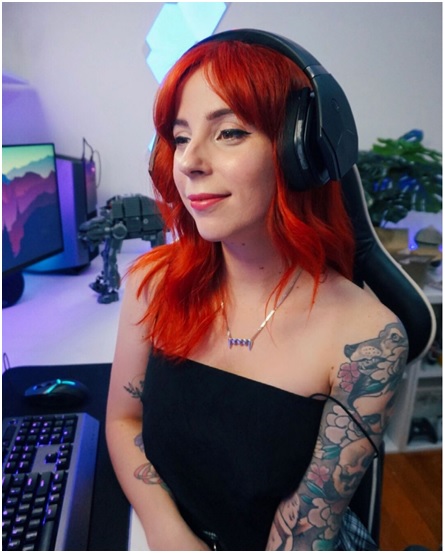 Do you think there’s something therapeutic or soothing about playing horror games?

Something therapeutic for me, is that you can face your own fears and overcome them. That’s not something so easily experienced in real life. Finally overcoming a difficult stage or a boss fight is also so rewarding.Just knowing that you have as many attempts as you want, is really powerful to me.

What games, new or old, would you put in your top five horror games list?

Aside from the Dead Space and Resident Evil franchises, I’m quite into indie horror games. Song of Horror is one of my favourite indies in recent years, and it feels like a homage to old school survival horror games but done in a way that feels fresh and exciting.

Speaking of indies, I’d also include Little Nightmares as one of my favourite horror games – though it’s short –it has a Tim Burton-esque quality to it that makes even the most mundane things pretty scary.

Of course, I have to give it up toPhantasmagoria. One of the earliest memories I have of gaming is sitting down with my dad and playing this classic point-and-click title. Now that is one messed up game!

What’s your favourite game to movie adaptation in the horror genre?

Hmmm, that’s tricky. Personally, I was quite a fan of the Silent Hill movie. I know a lot of people weren’t fans of the film adaptation, but I feel the movie absolutely nailed the mystery and weird atmosphere that made the video game a horror classic.

I would also love to see a horror-game-to-movie adaptation that is genuinely good! One key difference I’ve noticed about movies compared games is that there’s a settings-versus-characters element. Great horror games can build suspense through the settings and atmosphere whereas great horror movies are often character driven. Take the example of Ari Aster films like Hereditary. Easily one of the scariest movies to come out in a while, I remember feeling really stressed out and anxious while I was watching it in the cinema. I was like ‘I need this movie to end soon!’ This is something that hasn’t happened since I was very young– I was very impressed. I would love to see him tackle a title such as Bioshock.

What horror film would you love to see made into a video game?

I would love to see an adaptation of Ready or Not. Basically, you’re stuck in this giant mansion and it’s this hitman-type game where you need to sneak around the house and figure out all the pieces to what’s going on and why they [the antagonists] are trying to do this. You can progress from stealth kills to getting a shotgun so you can shoot your way out. That would be pretty fun. I think some movies though are too complex to adapt, the simpler the premise the better.

You can join SeriesofBlurs for her special Halloween stream event at 10pm to midnight AEDT on 31 October, where she will be playing a range of new horror games released over the last six months.