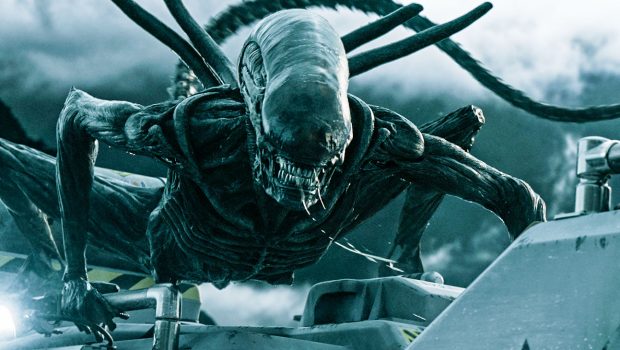 Summary: If you can let go of the fact that Alien: Covenant won’t surprise any long-time fans of the series then you’ll probably enjoy this a lot more.

Great (Ridley) Scott! What are you doing to us moviegoers?! You build us up with such confidence when you direct great 21st century movies (American Gangster, The Martian) and we think you’ve changed for the better but then you go ahead and break our hearts with movies like Robin Hood and Exodus: Gods and Kings. How are we supposed to trust someone that toys with our emotions and expectations like you do good sir? Well get ready to start throwing clothes and belongings onto the front lawn everybody because Ridley Scott has bamboozled us again with Alien: Covenant, the follow up to Prometheus and the prequel to the classic 1979 film Alien.

Look, let this be said now that Covenant is technically not a bad movie, especially if it’s just seen as a standalone film. But the fact is that if you’ve seen one Ridley Scott alien movie, you’ve seen them all. Scott leads us down a very familiar path with a bunch of space travelling colonists being picked off one by one by a very bitey extraterrestrial murdering beast which is fine and dandy if we hadn’t seen this play out in the last 500 Alien movies.

Before the trash talking about a legendary filmmaker and the classic Alien franchise begins, it’s clear that Alien: Covenant is not terrible on paper. You’ve got a great cast of players, which includes Michael Fassbender reprising his role as the evil robot David as well as the updated human loyalist Walter who eventually go head to head with each other in a battle of the bots. Helming the lead character is Katherine Waterston who plays Daniels, who is the most switched member of this ensemble cast of characters. Daniels is one of the crew that’s in charge of getting a spaceship with thousands on board safely to a new planet paradise. Of course this goes to shit when the crew onboard the Covenant are woken up out of their hyper-sleep early (a la Passengers) when their ship gets hit by some sort of space lightening.

The rude awakening sees the captain of the ship horrifically burned alive inside his pod, which leaves the other crew members a bit wary of going back under a cosmic slumber. It’s not known at first but later on it is revealed that the now crispy captain was played by James Franco for some reason and we’re just expected to move on from this revelation after seeing him on an iPad screen for five seconds. It’s choices like this that make this journey a little bumpy. In the wake of all of this, the first of many sci-fi/horror movie tropes pops up its ugly head with a distress call from a nearby planet beckoning the crew to abandon their original plans and go see what all the fuss is about. It’s probably pretty obvious that none of this is a good idea and you’ll be yelling and throwing popcorn at the screen in no time. So buy an extra-large tub to compensate for this.

Though the movie is eerie from the opening credits and is shot beautifully (shout outs to all the people who worked in the visual art team), Scott and writers Jack Paglen, Michael Green, John Logan and Dante Harper, have collectively made this latest edition of the Alien franchise just one big set up for the next however many movies they’re going to make in this series. We know the characters are going to slowly realise that where they are is a place of death and teeth and we also know they’re going to get picked off one by one by an awesome looking alien with claws and such or be impregnated by a face hugger. It seems like the writers figured that most of the characters would be killed off by the end of the movie so why bother giving the audience any reason to care about them. Let’s just see the alien teeth sparkle and the human blood spill.

There are some new additions to how the martians materialise inside of the human body with bits of alien pollen getting inside ears and noses to eventually create a cute miniature version of the Alien we’ve grown to love. Take a back-seat Baby Groot, there’s some competition for cutest mini-alien now. With Ridley and co following a very similar path to the previous Alien movies and not breaking any new ground, there really isn’t much room for scares or twists. No spoilers but the plot is extremely predictable. It’s conventional enough to the point that you won’t be too far on the edge of your seat if you’re familiar with the previous movies in this franchise.

But not to be a complete Debbie Downer, here are some really great things about the movie. One is seeing Danny McBride break away from his usual comedic roles and play a cowboy hat wearing space pilot who loves John Denver (for some reason in the year 2104). As mentioned before the visuals are great to look at with New Zealand playing a backdrop to this distant and dangerous planet. Not to mention Michael Fassbender wearing a legionnaires hat is as great as it sounds and with a fantastic leading actress like Waterston this movie limps over the finish line. Not to mention the amazing epic music that accompanies some great scenes of robots doing bad things…that’s all I’ll say. If you can let go of the fact that Alien: Covenant won’t surprise any long-time fans of the series then you’ll probably enjoy this a lot more. For those who have seen it all before…well you’ve seen it all before…but you still might enjoy what’s being set up for the next prequel/sequel. 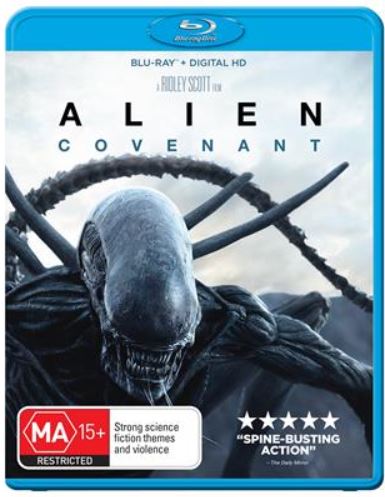