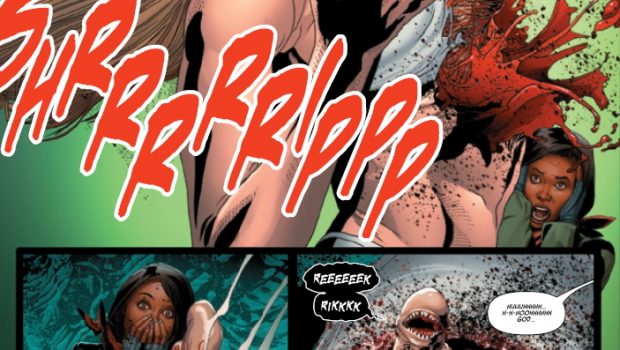 Summary: Is a good start for one of these stories but the Alien is not in it until right near the end. Might be better to read when more of the story comes out so you can read them together.

Set 29 years after the events of Aliens a colony ship crash lands on a moon that has just finished terraforming with all the crew killed but they weren’t the only things on the ship, a nasty surprise is waiting for one of the terraformers who goes into investigate.

This is the start of a new storyline for this series and a good place to start if you have not had a look at this series before. For some reason I had this confused with a different series which really was just the original screenplay of Alien illustrated. If they were going to do any original screenplay I would want the William Gibson version of Alien 3.

There is some world building in the form of the explanation that the alien had been unleashed due to anti Weyland-Yutani rebels who got themselves killed and the story of the people terraforming the moon.

While this is interesting to read for the set up of the story, there are no aliens in it until right near the end. It would be interesting to see how this story works out as it is another situation where the people trying to kill the aliens don’t really have access to weapons or any way to get more help.

I would recommend this to people who are interested in the Alien franchise and want to see something other than the standard space marines investigating an industrial complex.