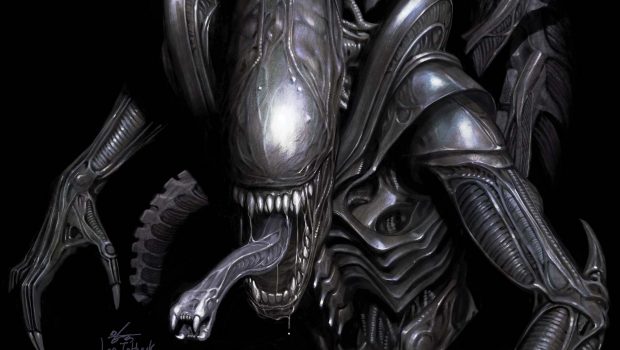 Marvel’s Alien debut won’t be for everyone. Its violence is short on supply, but visceral in its delivery, but the meat and potatoes of issue #1 is spent setting up what will hopefully be a fresh, engaging narrative for one of the greatest horror franchises of all time.

Something our new lead Gabriel Cruz can tell you is, surviving a xenomorph encounter changes you. Recurring dreams, a broken relationship with his son; it’s a very human story for the science fiction stalwart. Perhaps the most interesting aspect of the issue is the introduction of a new type of Xenomorph, but how it (or she, as it appears) affects the story remains to be seen.

For the most part, the issue is spent fleshing out our characters, especially the relationship between Cruz and his son, as well as his son’s ulterior motives. Is it the most engaging entry in the franchise? No, but it’s hard to judge on an issue that is light on action but big on set up.

Likewise, I wasn’t completely sold on Larroca’s inkwork at first (some facial expressions in particular look a little goofy and more than a little dated) but it does suite the universe, and early impressions of the Xenos and the new species are typical Giger, which ticks a massive box for me.

It takes a while to appreciate the artwork of Marvel’s Alien, but it’s a strong start for a new era for the franchise. I’m excited to see what’s in store, and especially excited to explore the imposing new Xeno.