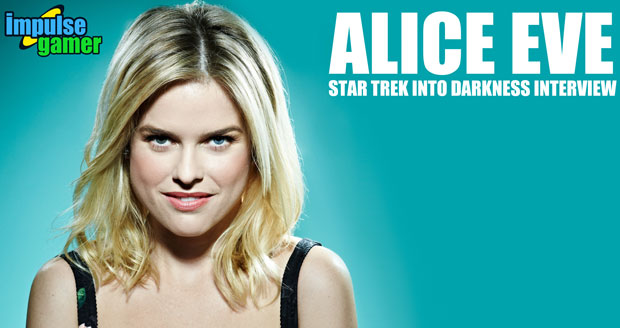 Q: Hey Alice. You are the new cast member of the Star Trek franchise. Were your cast-mates kind to you, or did they haze you as a welcoming present?

A: (Laughs). I can thankfully say there was no hazing, but being the new girl the first day did seem like the first day of attending a new school. You know, that feeling everyone else knows each other. But, by the time the first day was over the nerves were gone and I felt part of the bunch. I did know Simon (Pegg) and Benedict (Cumberbatch) previously, but they weren’t there on the first day so I was the only Brit.

Q: Like a lot of Hollywood sci-fi films, the script and storylines are well-guarded secrets. Early on, how much did you know about the role? Did JJ Abrams reveal much?

A: I was asked to audition, I met and workshopped it with JJ. At first I didn’t know the character I would play was Dr Carol Marcus. I knew the character was a girl who was struggling with her father. JJ explained the trajectory of the character, although initially the script wasn’t written. She was a complex character and it largely came from the conflict she has with her father. 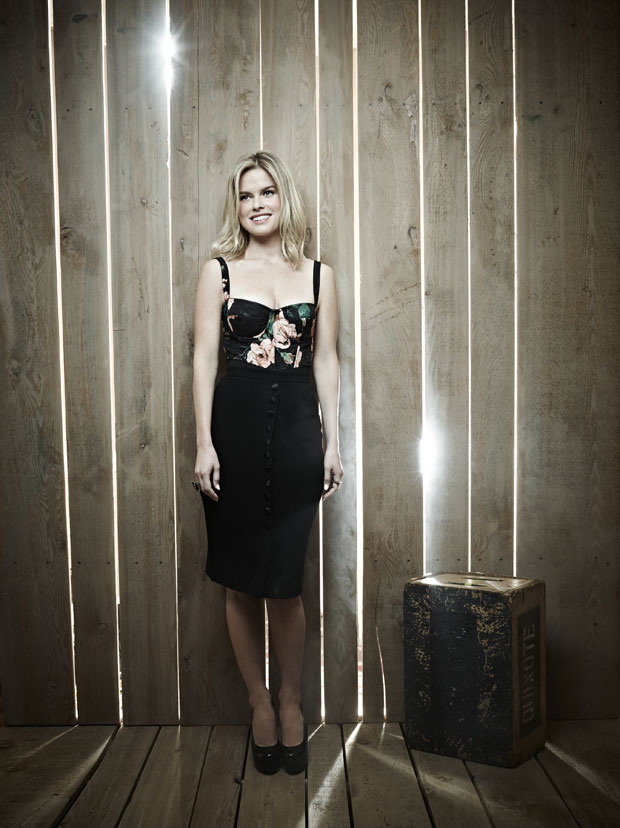 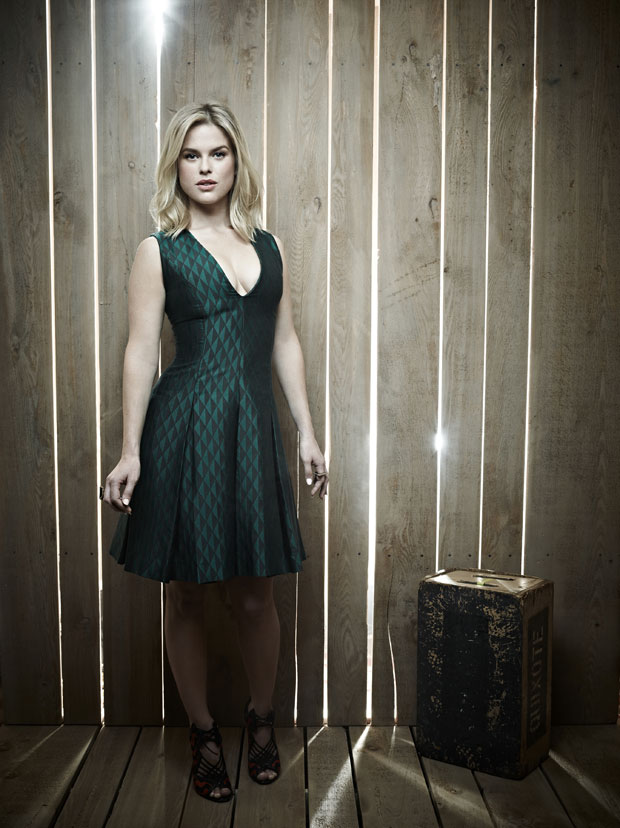 Q: What was it like when you received the call that you won the part?

A: I was actually driving when JJ called. When I heard his voice my hands started to shake and I had to pull over and he kept talking and talking and at one point I had to say ‘I’m so sorry, but are you offering me the job?’ because he didn’t actually say it. He said, ‘Yes, you have the job’. I was so happy … and relieved. 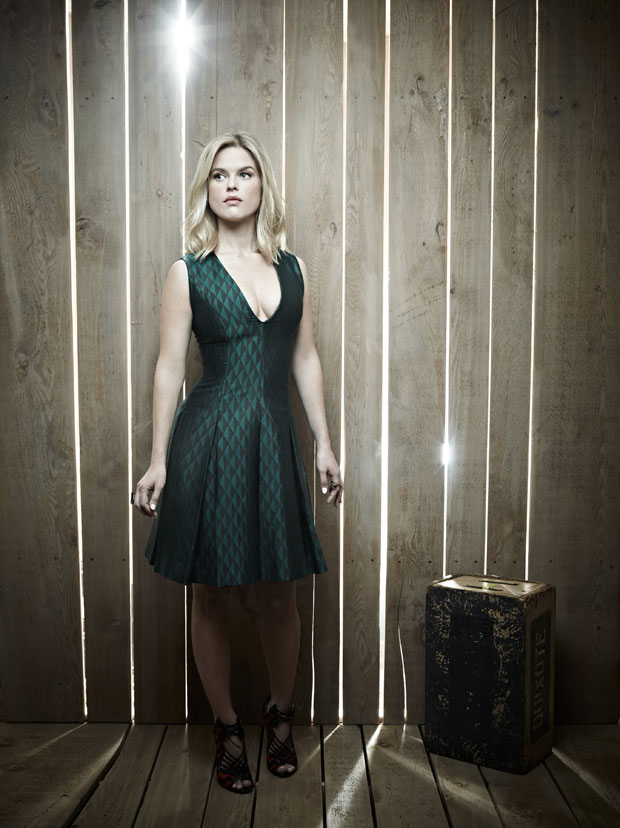 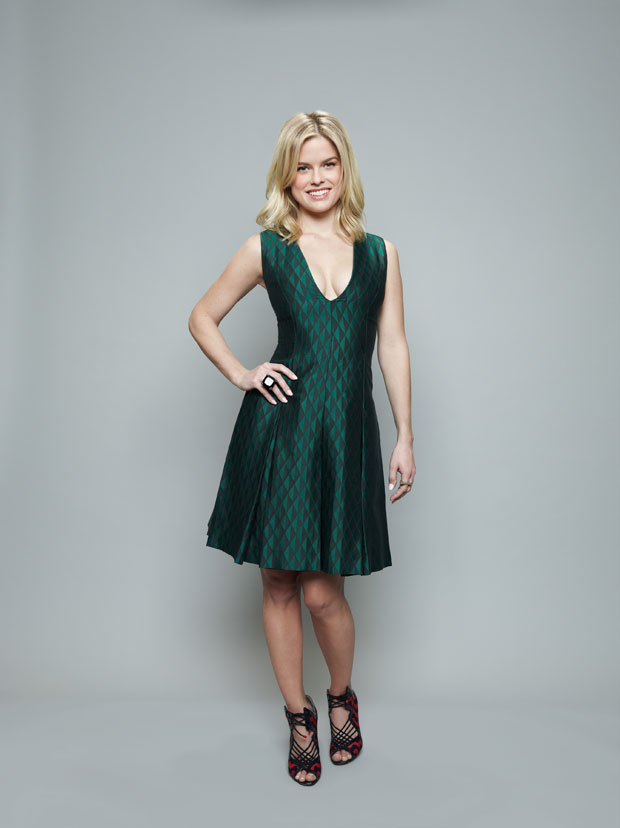 Q: You are the queen of joining successful franchises. We’ve seen you in Men in Black 3 and Sex and the City 2.

A: Yeah, it’s a funny thing. I didn’t plan for that. But I am part of these iconic franchises. I loved being on both of them, especially Sex and the City.

Q: In the world of Star Trek, Dr Marcus is quite an important character.

A: She is. I watched the 1982 movie when Bibi Besch played the role. Carol had Kirk’s child. I did ask JJ a lot of questions about it. We felt it was important to bring a character in that was part of the Star Trek world, rather than invent someone.

Q: In Star Trek into Darkness, we don’t see any romance between Kirk and Carol. There’s plenty of sexual tension. Do you think in the next one it’ll heat up a bit?

A: I don’t know (laughs). If there is another one, there could be.

Q: There’s definitely talk of a third Star Trek film, although it looks like there will be a new director with JJ going off to make Star Wars. Have you received any indication that you’ll be back for the third?

A: I’d love to become an integral member of the crew. We’d miss JJ, but I’m sure he’d still be involved as a producer and writer. It is an amazing group of people he has assembled. Everyone collaborates and their aim is to make the best movie they can. It is relentless collaboration.

Q: Tell us about Carol. 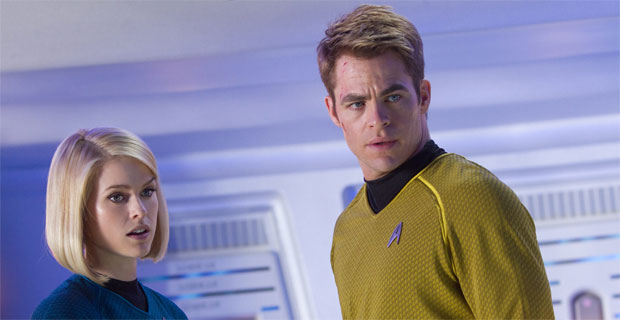 A: I liked how determined and independent she is. At first you don’t know what she is doing. She is determined and tenacious. Her father is the admiral of the Star Fleet and she knows something is awry on the Enterprise and manages to sneak her way on.

Q: You are English and Oxford educated, so it shouldn’t be a surprise that Carol has an English accent. But, Carol’s dad is American. We’ve seen in plenty of your other roles where you have an American accent. Why does Dr Marcus have a British accent? 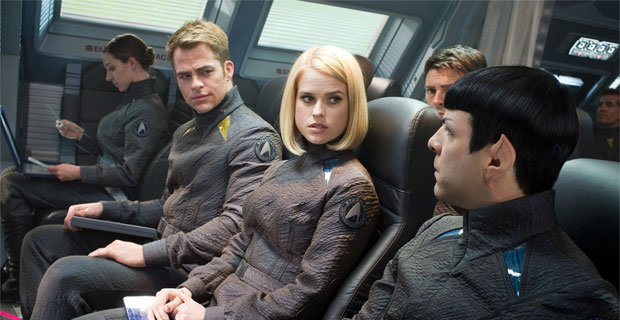 A: There was actually a scene in the movie that was cut out. In it I explain to Kirk how I was raised in England by my mother and my father was American. She is a scientist and there is a stereotype that English are smarter than Americans, so we played that up (laughs).

Q: There’s been plenty of talk about the scene where Carol shows off plenty of bare skin? Were you OK with that?

A: I was OK with it. I felt really comfortable on the set. The guys were pretty revealing too when they are in their tight uniforms. 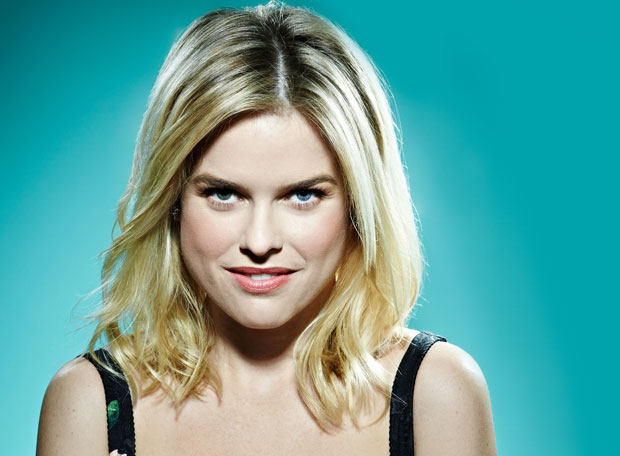 Q: What was important to you in playing Dr Marcus?

A: I wanted to bring truth to the role. It was great to play an intelligent woman who can out-think the men. She was forthright and strong.

Q: Were you a Star Trek fan before you were cast?

A: My grandfather was a huge fan of the original Star Trek TV series and I used to watch it with him. He didn’t like watching TV, but he loved Star Trek. At the time I thought it was a bit slow. I just liked being with my grandfather. When I got the part, I went back and watched the original series. I love the fact that I am now part of it.

Q: So you wouldn’t call yourself a Trekkie?

A: (Laughs) No. A moderate Trekkie.

Q: Let’s end on probably the most serious, probing question of all. Your hair in the movie. Why did you go with the bob haircut?

A: A lot of thought went into it actually (laughs). I discussed it with JJ and we wondered how Carol would have her hair. It brought up all kinds of questions? Do you wash your hair in space? So what we went with was the Vidal Sassoon 1960s bob. 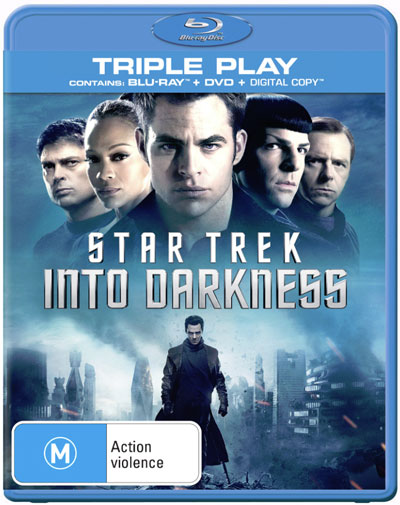