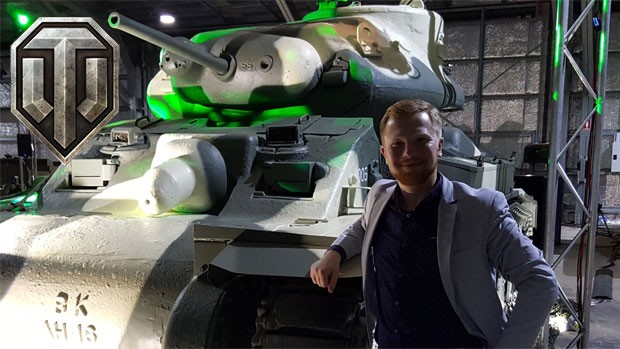 Celebrating the unveiling of the AC 1 Sentinel tank at the Australian Armour and Artillery Museum in Cairns, Impulse Gamer was invited to this mega Wargaming event that allowed media from across the globe the chance to not only see this perfectly restored tank from 1942 but also the introduction of this vehicle into the World of Tanks franchise.

On hand from Wargaming was Alexander Bobko who was involved in the massive task of procuring this tank from the United States, transporting it back to Australia and then supporting the restoration of the Sentinel. At the event, Impulse Gamer caught up with Alexander and discussed the passion behind World of Tanks and how Wargaming are supporting the historical preservation of these war machines. 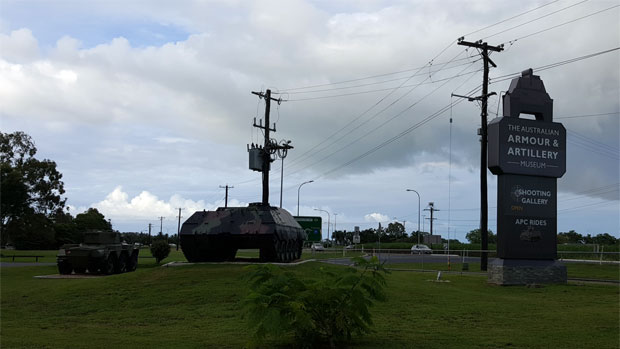 Welcome to Impulse Gamer Alex so I have to ask you, why does Australia hold a special place for Wargaming?

So tell us how Wargaming became involved in the restoration process of the AC 1 Sentinel?

Back in 2014, we acquired this tank from the Jacques Littlefield collection because of an Australian player who reached out to us about this amazing museum here in Cairns which has recently opened. If they didn’t get in touch with us, we would have probably never  have been involved in the restoration of the Sentinel and now it’s part of our [Wargaming] story.

So when we found out about this tank, we thought that Australia players would want this tank in their game. We also thought it would make a cool story by bringing the Sentinel back to its home which also allowed us to introduce it to game.

At the moment, the Sentinel is available on both World of Tanks PC and World of Tanks Blitz but it’s also a good example of how to integrate an “offline” tank into the online world as well. It also took us two years to bring this tank from the United States which was the moment of purchase to this day [23 March, 2016] where we see it restored and open to the public. 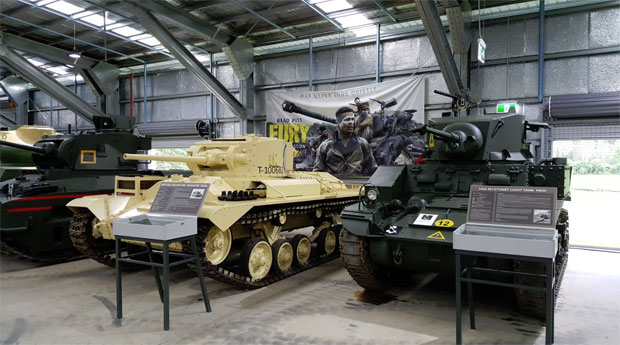 So Alex, what resources did the developers use to incorporate the AC 1 Sentinel into the game?

Initially they took the blueprint of the AC 1 Sentinel with some references of how the tank looks, including what ammo it has and other integral elements so not only does the tank look like the “offline” one but they can also experience it within the game.

We also incorporated the technical specifications of the real tank into the game but of course ensured it would not affect the gameplay balance. As of today, it’s available as a T4 tank of the British tech tree for all regions and we hope that all our players will enjoy it. 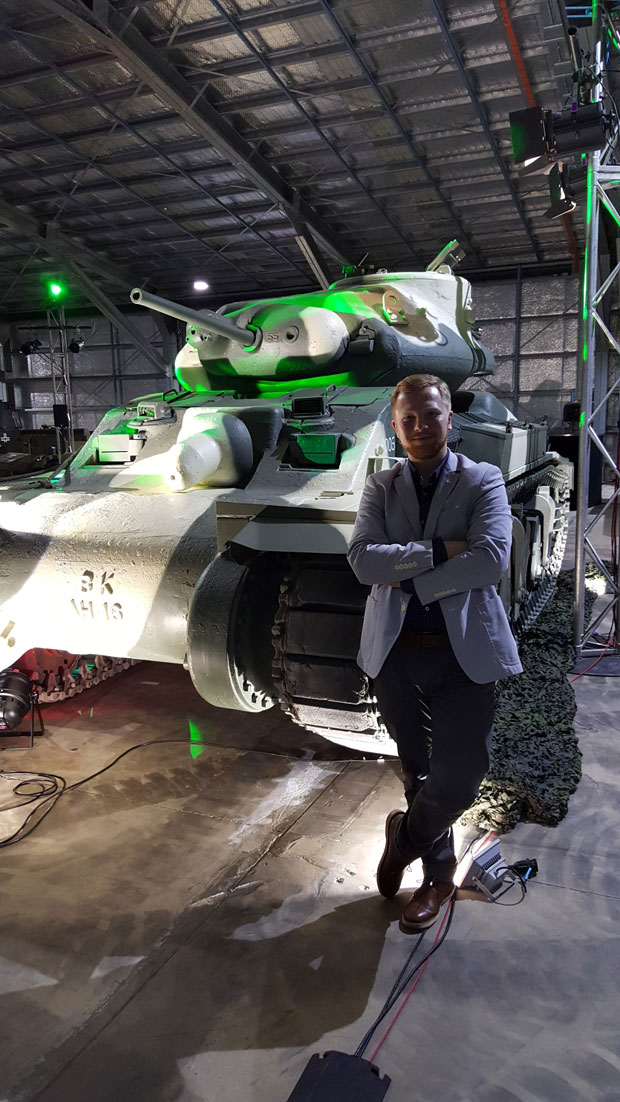 How long did it take to create the tank for the games?

It took us not less than half a year to put this tank into the game due to the differences between the PC version and Blitz. 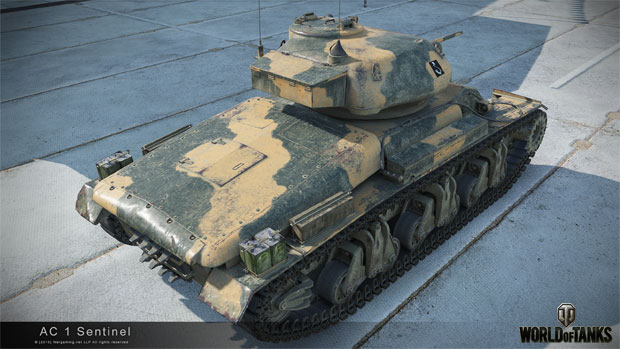 Have you had a chance to play the AC 1 Sentinel in the World of Tanks yet?

I haven’t had the chance but my colleagues who were involved in filming the 360 degrees panorama movie of the Sentinel and users who participated in the tests such as bloggers have been very positive. Even though it’s a T4 tank, it’s still very fun to play. 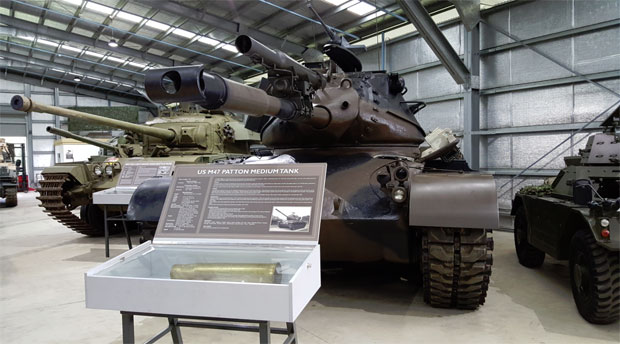 Besides 2016 being the 100th anniversary of the tank, it’s also the year of Virtual Reality… when or will Wargaming progress with this new gaming format?

It’s a little too early to speak about the possibility of virtual reality in our games and it’s definitely going to be a trend this year but there’s been no major steps from the big players to use this technology widespread yet. Facebook has acquired Oculus and we have heard no intentions from them at the moment so we are seeing how it will unfold.  We are however having conversations, especially about the 360 content that we are releasing.

Also, we did experiment with the Oculus 2 years ago but there were not many people who owned the headsets so it would be irrational for us to support that format of the game if no one is playing. So at the moment we are not focusing on VR but we are focusing on the 360 videos such as the Sentinel video media saw today with Google Cardboard. 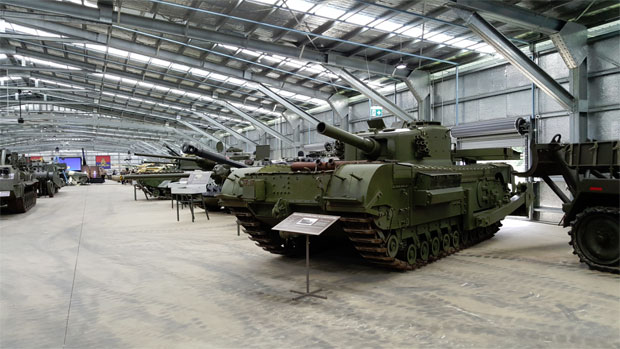 Also Alex when do you think the Sentinel will be available in the console version?

Probably later on this year. 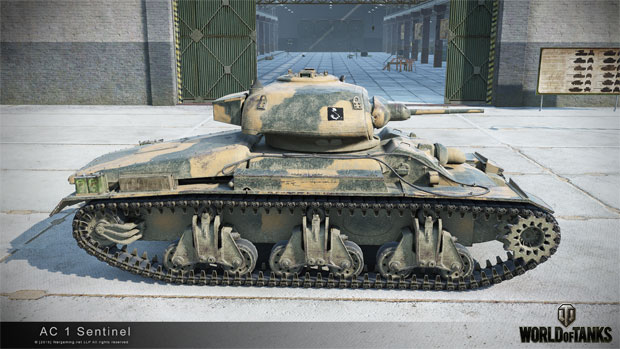 Lastly why do you think World of Tanks has become so popular across the globe?

Millions of people go to museums and World of Tanks is a virtual museum where you can try almost any tank in the world, even ones that may not exist in museums. I believe it’s a really cool experience because you get to drive an authentic tank in the online world and have fun as well.

Also with World of Tanks, you can communicate with people from around the world which is really cool and separates itself from single-player games. Another thing is that our community is very passionate and they come to our events, sometimes with their families who all support each other in this self-made society that we are very proud of.

For more information about World of Tanks, please visit http://worldoftanks.com/