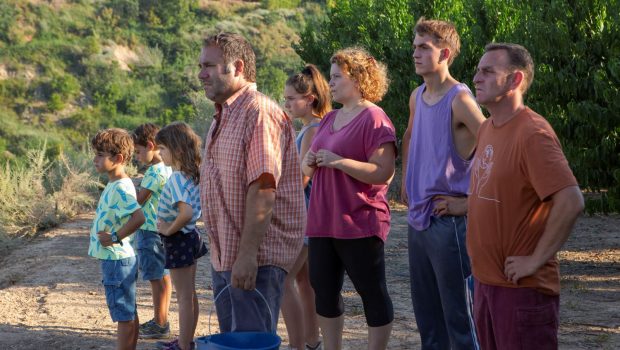 Memorable cinematic images and highly naturalistic performances dutifully compensate for Alcarràs’ minimalist plotting. The film’s dramatic emphasis on seemingly improvised, unscripted filmmaking is fast becoming a staple of Catalan filmmaker Carla Simón’s oeuvre. These are artistic traits she developed as a student having graduated in film science at the Autonomous University of Barcelona. Her education also consisted of studying television at Televisió de Catalunya and also attending the London Film School.

Simón’s media studies resulted in a documentary called Born Positive (2012), her short film Lipstick (2013), and her directorial debut Summer 1993 (2017). For the family drama Alcarràs, Simón has assembled a mostly female film crew. Together, they have crafted a painstakingly realistic depiction of a family and community facing a moment of great social change. While the omission of structured, linear storytelling is risky, the artistic direction is mostly justified by Simón’s meticulous eye for images, which offer an unshakeable quality.

Simón sets the narrative on the achingly warm peach farm in Alcarràs, a village in Catalonia. This was where the director’s own family grew peaches and how she developed a story about agriculture. In the film, the farm is home to the Solé family, which includes different generations of men and women. Everyone is shocked when the head of the family, Rogelio (Josep Abad), has no paperwork to solidify his ownership of the property. Instead, the handshake deal he made long ago no longer holds weight. ‘There is no signed contract. We are to leave the land at the end of the summer’, his relative declares. Now solar panels are being raised opposite the main house.

The solar workers are polite enough to offer jobs, but the men, including Rogelio’s adult son, Quimet (Jordi Pujol Dolcet), are reluctant to change. The film cuts between the different family members, their involvement with the farm, and their personal lives. There are scenes where the children steal vegetables from the neighbours and even a moment where a teenager, Roger (Albert Bosch), secretly grows a marijuana plant among the crops. 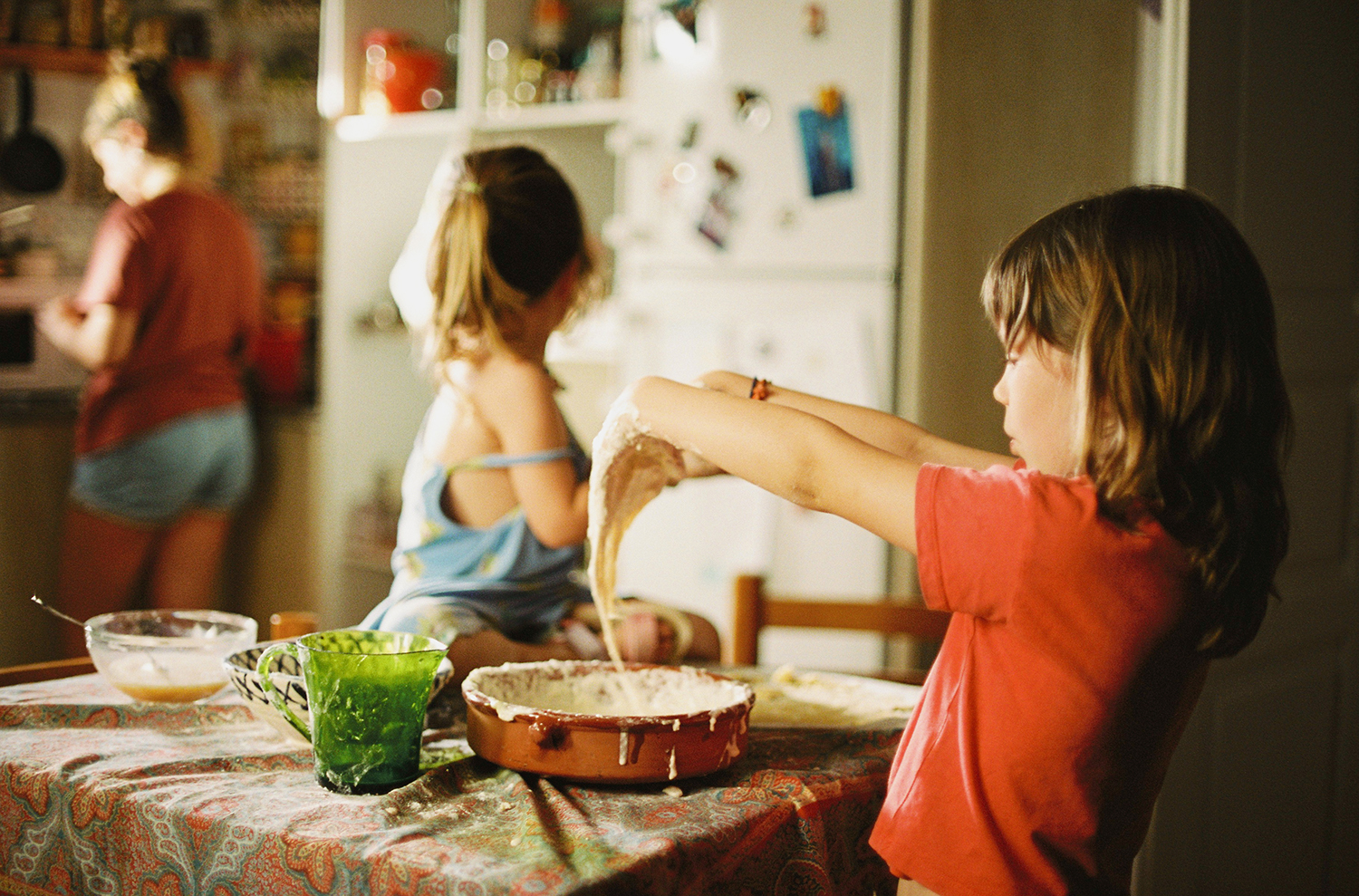 Regardless of their age, every family member is a valuable contributor to the land. The key dramatic question is whether they can adapt to modern living standards. Meanwhile, a long shot of Rogelio sitting under a tree dramatises his isolation from the family having been responsible for this crisis.

While Alcarràs lacks a linear narrative and strongly defined story arcs, a palpable sense of community remains amongst its multifaceted characters. One example is the young fellow, Roger. Initially he resembles a party animal, but he also helps with the farm and tries protecting his sister, Mariona (Xènia Roset), at a local dance. Meanwhile, Quimet is perpetually frustrated by the lack of paperwork and anguishes over the land crisis. 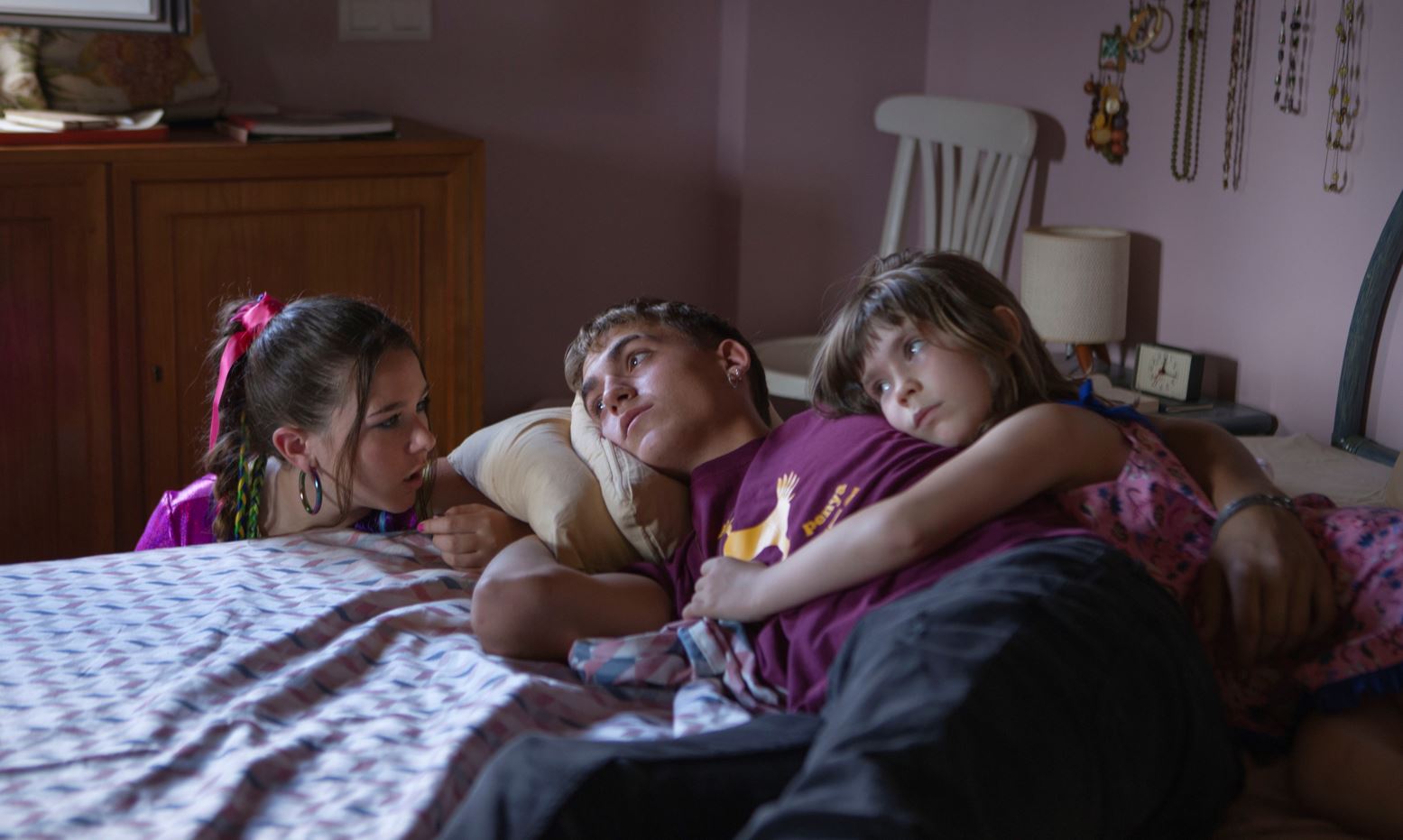 His anger almost boils over when his little daughter, Iris (Ainet Jounou), loudly plays with a recorder given to her. However, we later see Quimet crying, which illustrates his softer side. The older women are supportive of everyone, particularly Mariona, who has been practicing a dance but resists performing on stage at the last minute. They encourage her to perform with the other girls. By cutting between many different characters, we see some unique sides to their personalities even without a linear narrative to support them.

The film’s technical facets complement Simón’s improvised filmic style. Her camera captures the hot dirt roads and the lush greenery of the peach farm. Imbuing warm, natural lighting gives Alcarràs a feeling of authenticity and prolongs the script’s dramatic questions. The heat from the sunlight emphasises the pressure the family is under to survive and the inevitability of transitioning from traditional agriculture to solar energy. Alcarràs is also supported by strong images etched in meaning. For example, there is a great two-shot of Quimet riding in a tractor alongside Iris as he tries persuading her to return home with him. The artistic binary shows the gap between being a strong labourer and an effective parent. 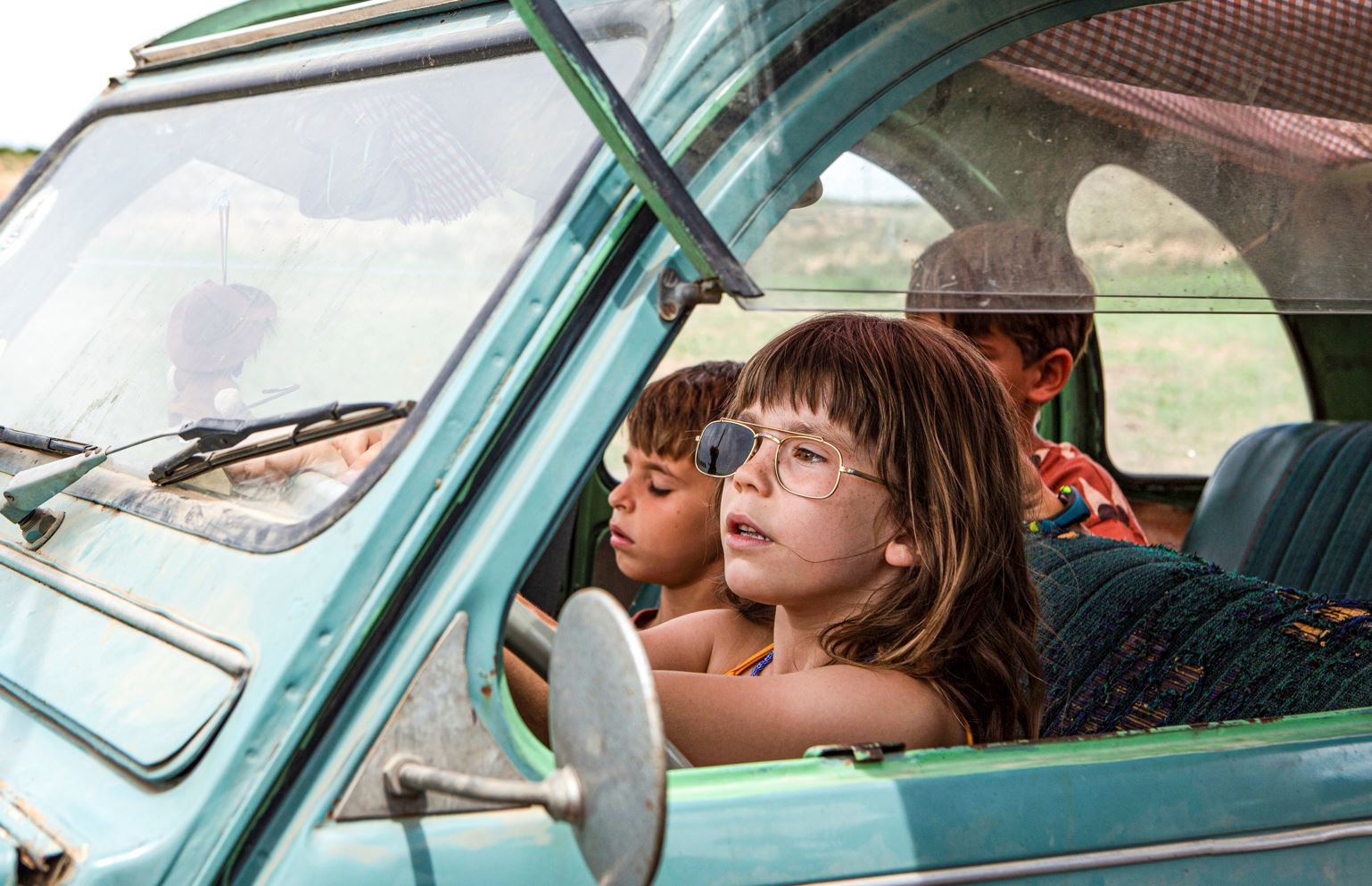 Later, it is tragic seeing a huge tray of fruit fall from a truck and splatter onto the ground. Alcarràs’ tactile resonance ensures we feel the weight of losing the produce. In contrast, at a political rally protestors hurl fruit at their government targets. The juxtaposition stresses how people view the value of food differently. It is expendable to some but an entire way of life for the Solé family. Equally memorable are the festive scenes, including people dancing around in devil costumes, and the banality of farm life, such as pulling a dead rabbit out of a pool, or a massive crane digging into the land as the Solés watch on helplessly. Many images, particularly the ones emphasising death, feel specific to Spanish culture, which underlines the story’s autobiographical elements.

One cannot understate how effective Simón is at directing actors of different ages and first-time actors. The emphasis on naturalistic performances increases the realism and how much we engage with the characters. The young children are so believable it never feels like we are watching overly scripted scenes or mannered performances. The naturalism reflects the improvised style Simón has crafted. It is a credit to the actors that they show us different sides to their personalities, whether it is a softer touch or how supportive they are of one another. 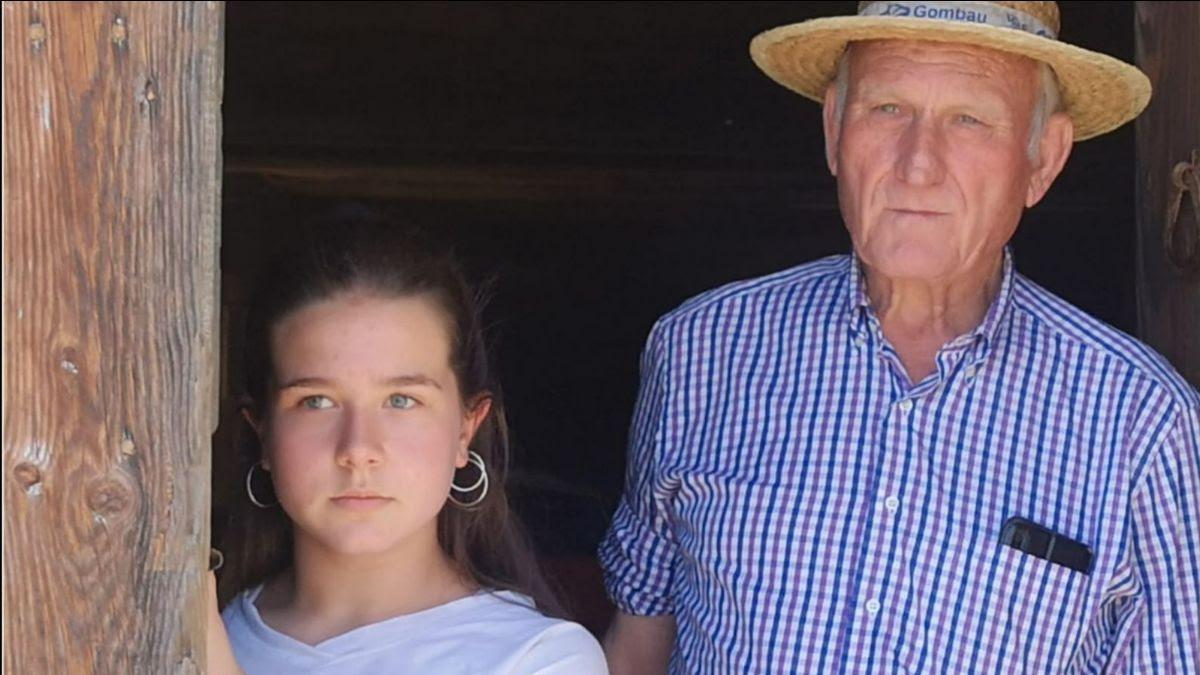 Authenticity is Alcarràs’ indisputable strong point. It is purposely shot on a ground level to offer a painstakingly realistic depiction of rural life and how traditional agriculture methods are affected by modern technology and social change. The images associated with the land and its inhabitants are poignant and the performances offer faultless naturalism. If Simón could take these key elements and build a tight, linear narrative around them she will undoubtedly craft a major film soon.