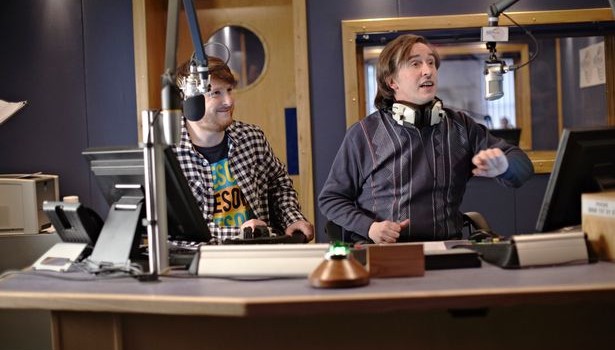 The hotly anticipated feature film is outrageously funny, with Partridge’s quick wit and quirky sense of humour guaranteed to make you laugh. Alongside his fellow colleagues Pat Farrell (Colm Meaney) and Lynn Benfield (Felicity Montagu), Alan Partridge: Alpha Papa delivers a combination of action and middle-aged goofiness.
From the dizzying heights of success as a national television broadcaster, Partridge now finds himself at the bottom of his roller coaster career, as a DJ at the small regional broadcast station, North Norfolk Digital Radio. Partridge, now middle-aged and divorced, and with his job under threat from a takeover by a bean-counting conglomerate, transforms himself into a hostage negotiator after his colleague Pat revolts against his redundancy.

What starts as an unassuming mid-life crisis then transforms into a hilarious and exciting action packed thriller, as Pat’s hostage situation begins to spiral out of control.