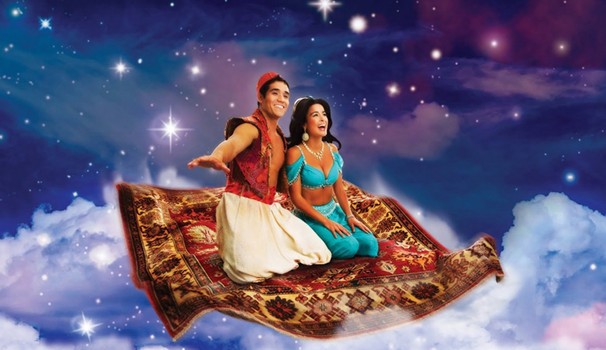 Disney’s Aladdin, a new musical comedy based on the classic Academy Award®-winning animated film, will open in Sydney at the Capitol Theatre in August 2016.

The New South Wales Government, through its tourism and major events agency Destination NSW, is proud to be a strategic partner of Disney’s Aladdin.

NSW Minister for Trade, Tourism and Major Events Stuart Ayres, said today “This is a real coup for NSW and we anticipate Aladdin will bring more than 120,000 visitors to Sydney, generating $39 million for the NSW economy. Disney Theatrical has a long and successful history of producing first-rate musical theatre productions here in Australia and we are thrilled to announce that Sydney’s magnificent Capitol Theatre will be the venue for the Australian premiere of this huge Broadway hit.”

President and Producer, Disney Theatrical, Thomas Schumacher, said today “We are very excited to be partnering once again with the New South Wales Government and Destination NSW on Aladdin, our third production to premiere in Sydney. Director Casey Nicholaw and his team have created an entertainment as full of heart as it is joy and I cannot wait until we get to play it in Sydney, one of the world’s great theatre cities.”

Aladdin, adapted from the Disney film and centuries-old folktales including “One Thousand and One Nights,” is brought to fresh theatrical life in this bold new musical. Aladdin’s journey sweeps audiences into an exotic world of daring adventure, classic comedy and timeless romance.

This new production features a full score, including the five cherished songs from the Academy Award- winning soundtrack and more written especially for the stage.

Aladdin opened on Broadway to critical acclaim on March 20th, 2014 and quickly established itself as the biggest blockbuster in recent years, already welcoming over one million people and breaking eight New Amsterdam Theatre house records.

The film won the Oscar for Best Original Score and introduced the hit song “A Whole New World,” which won the second of the film’s two Academy Awards as Best Original Song. The Peabo Bryson/Regina Belle recording of the tune soared to #1 on the Billboard Hot 100 chart.

To be first in line to buy tickets go to: www.aladdinthemusical.com.au