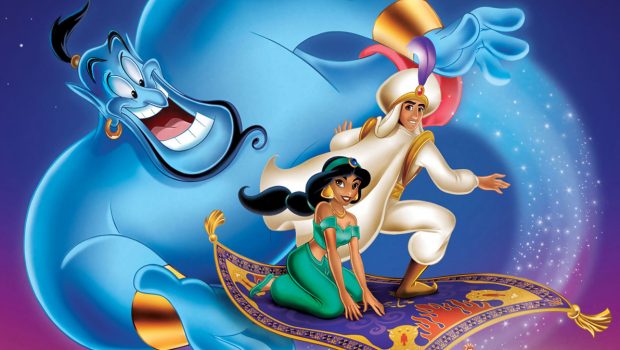 Summary: The 1992 classic Aladdin has received an amazing 4K makeover!

When our editor sent around the email stating that Aladdin 4K was available for review, I jumped on the opportunity as I really wanted to see how the 2019 remake held up against the 1992 animated classic. However to my surprise this was the 1992 film which has now made the transition to 4K and more importantly, it was just as enjoyable as the first time I watched it but now in glorious 4K that boasted stunning images, vibrant colours and upgraded Dolby Atmos audio… impressive to say the least! 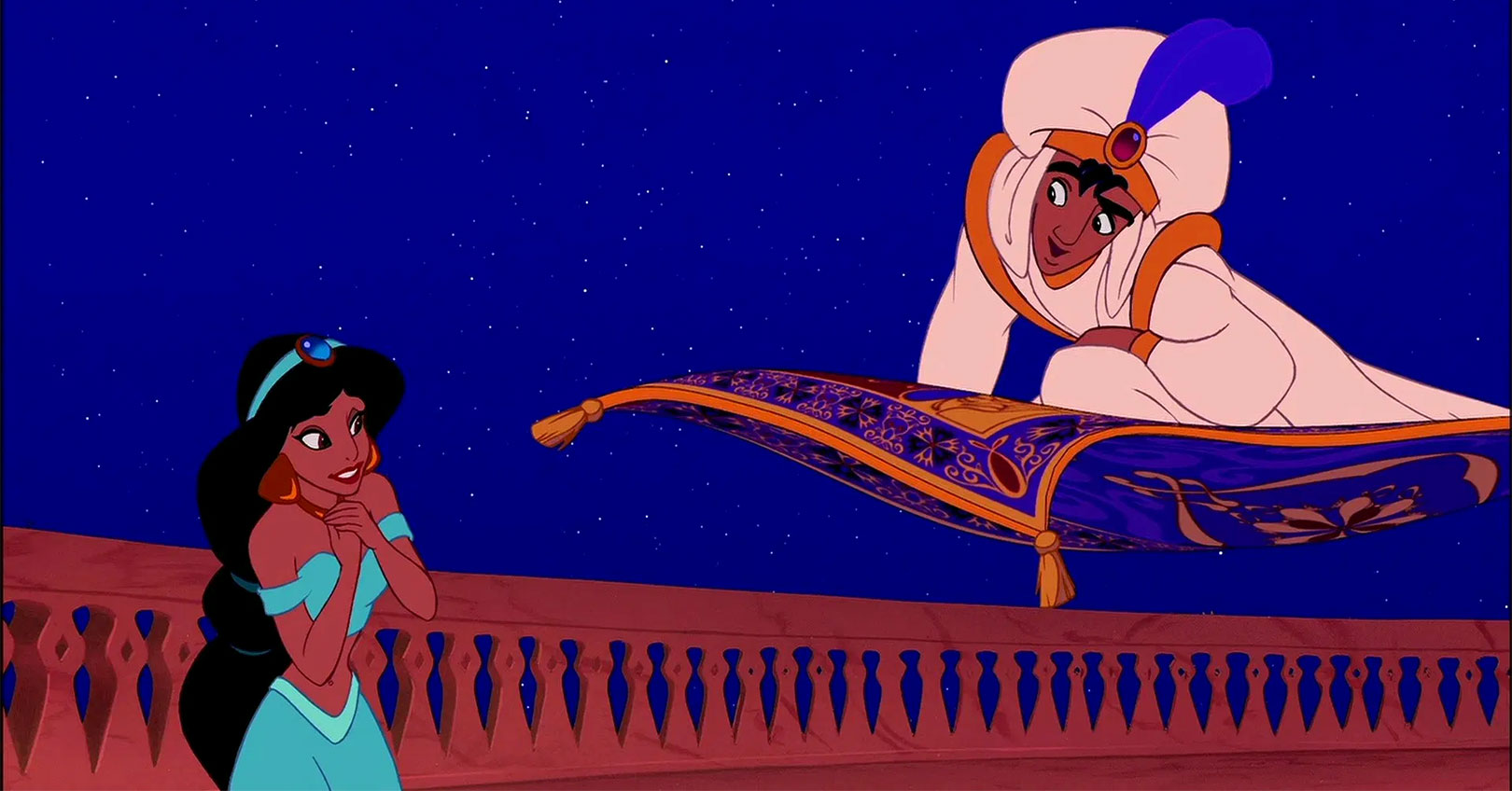 While the 4K rendition of the 1992 animated classic Aladdin cannot be compared to similar films from this genre of today, Disney should still be commended on the transition which not only looks great but sounds phenomenal on our 4K TV. So while there are some artifcating here and there, the attention to detail with the images and the vibrancy of the colours are really quite noticeable. As a result it almost looks like a film made today and when matched with the Dolby Atmos audio, it makes it feel like you are the cinemas, especially the Cave of Wonders scene. 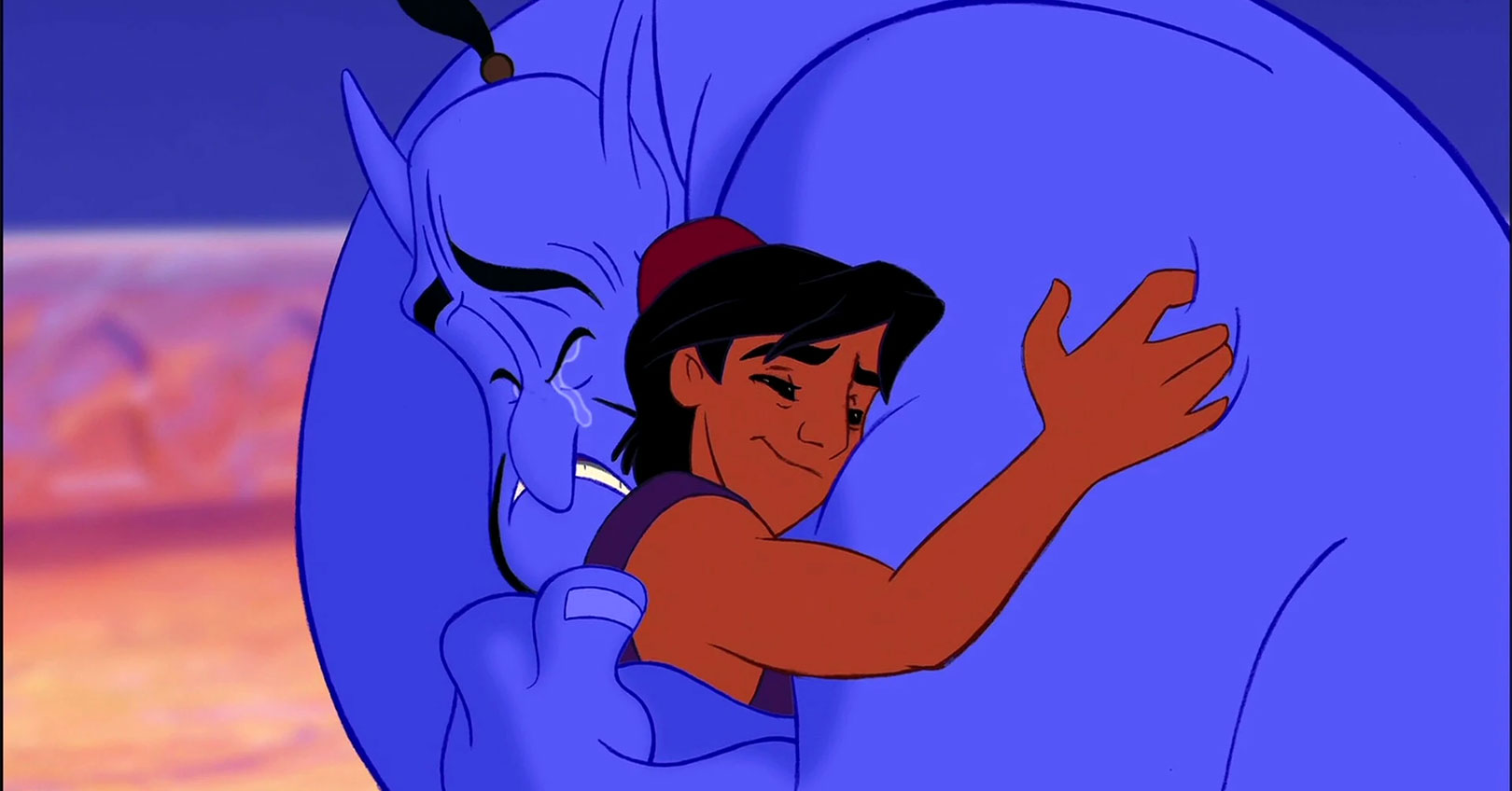 Speaking of caves and for those who may be living in caves and just got out, the story of Aladdin is based on the 18th century story and revolves around Aladdin (Scott Weinger), a young homeless man living on the streets of Agrabah who survives by stealing. Also joining Aladdin is his partner in crime and best friend Apu who happens to be a monkey. However when their thieving goes askew and they are imprisoned, the Royal Vizier of Agrabah, Jafar (Jonathan Freeman) gives Aladdin the opportunity of a lifetime and if he can bring back a magical lamp from the Cave of Wonders, he will receive a pardon. Of course, Jafar has other plans and wants the power of the lamp for himself in order to take over the kingdom. 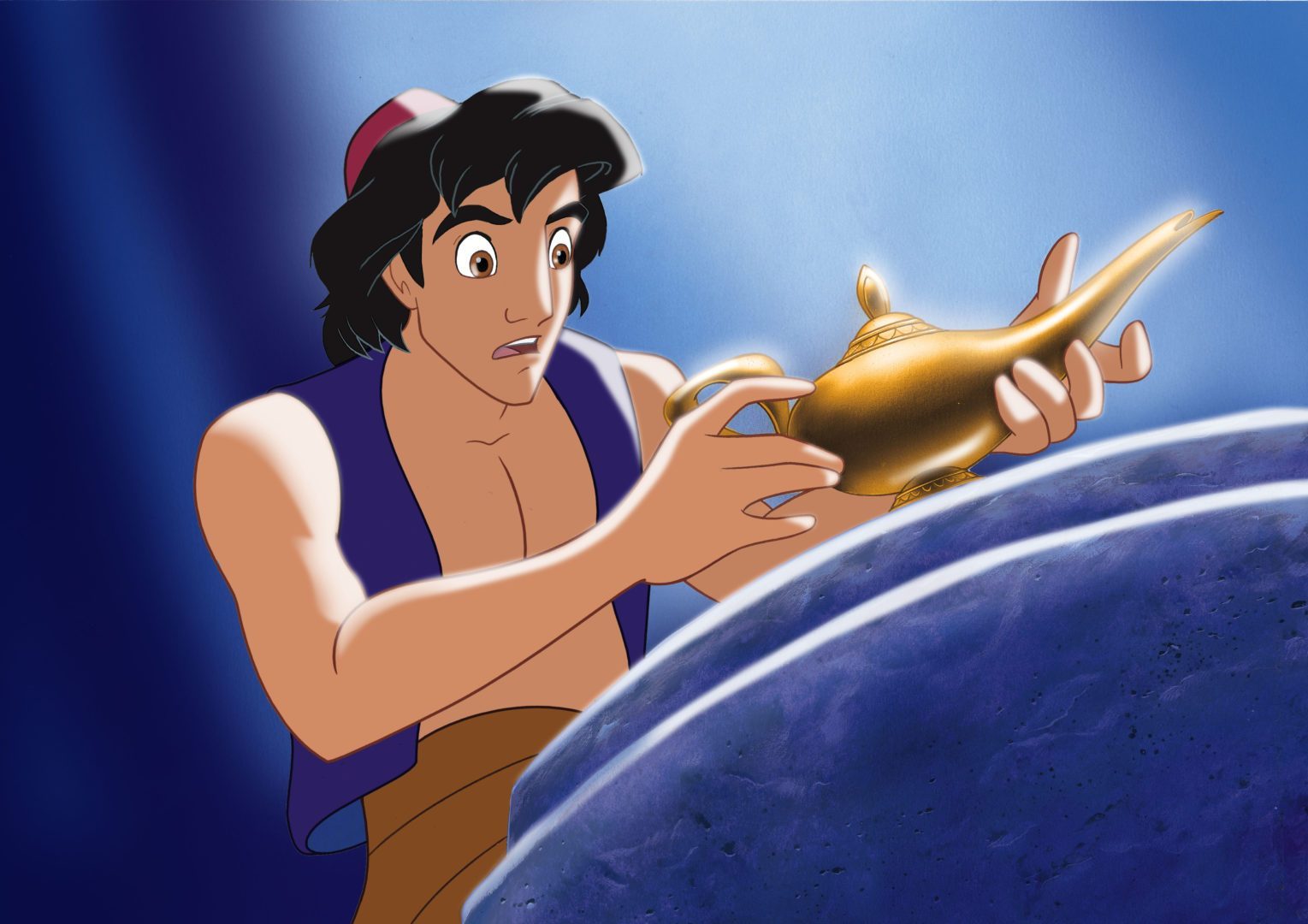 While Aladdin is successful in stealing this magical item from the cave, he unwittingly unleashes the Genie (Robin Williams) living within the lamp and is given three wishes. While wishes are governed my magic law and what you can and can’t do, Aladdin does get the upper hand and does “become” a prince. He hopes to woo Princess Jasmine (Linda Larkin) whose father has ordered her to be married before her next birthday. Cue in the villainy of Jafar and his comedic parrot Iago (Gilbert Gottfried), they eventually claim the magic of the lamp as the Vizier gains control over Agrabah and its people. However with the heroics of Aladdin, Agrabah is saved and like all good romances, Aladdin and Jasmine do end up together which did open this franchise to more adventures of this romantic couple. 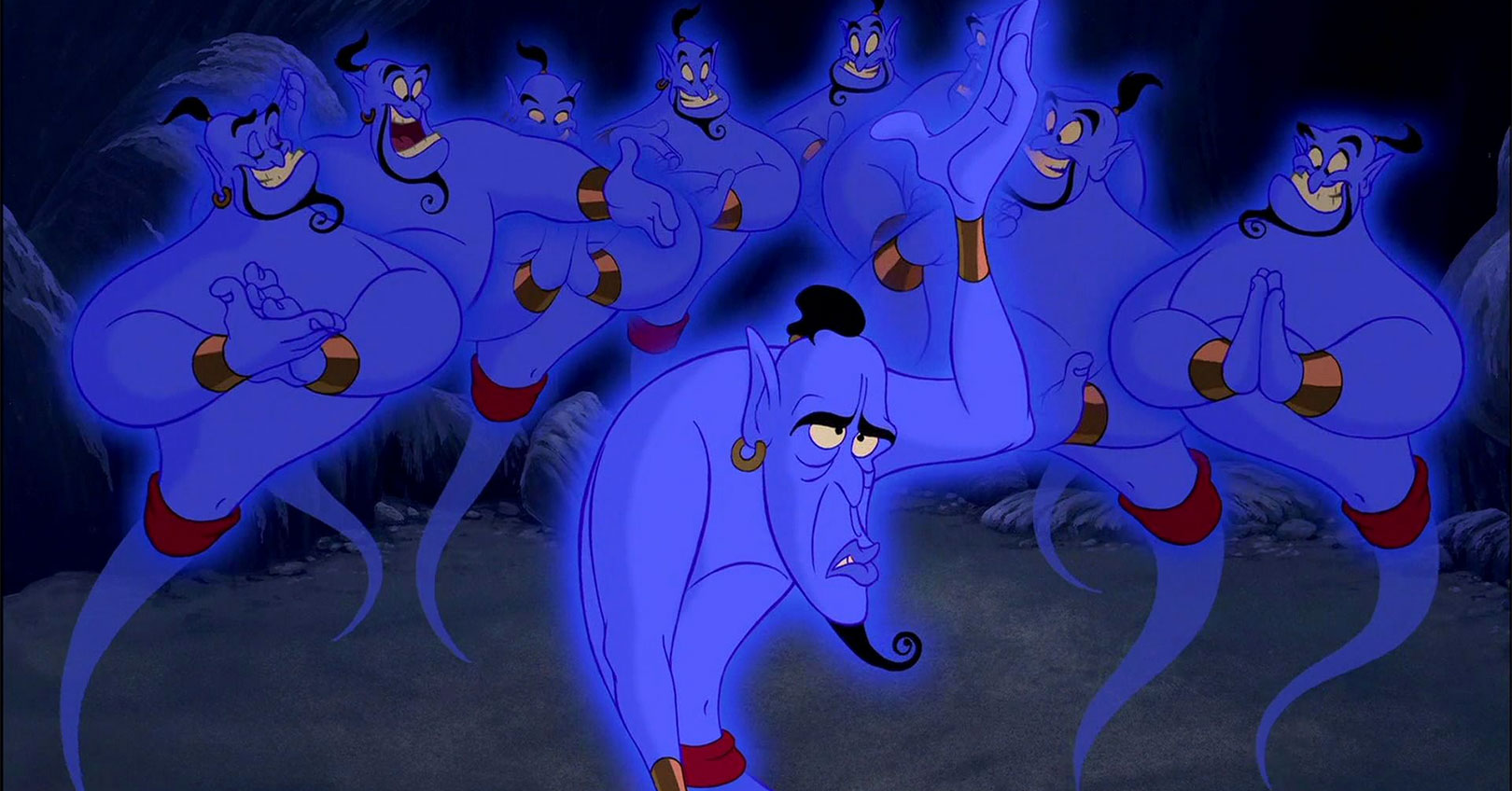 Needless to say, the story behind Aladdin was a fun watch that was packed with adventure, comedy, drama and romance which made the song, “A Whole New World”, an international hit. The actors were also well chosen, especially the late great Robin Williams as the crazy yet fun Genie who really made the film what it is today and so darn memorable. Other notable actors include the run Scott Weinger who really brings Aladdin to life, Jonathan Freeman as the over the top Jafar to the highly amusing Gilbert Gottreid as the annoying Iago. Lastly Linda Larking is cast perfectly as Jasmine and really portrays a sense of majesty and power which nicely rounds out the cast. So 27-years later, Aladdin is still a great film and I’m guessing with its release on 4K will find a whole new fan base.

Recommended to owners of 4K! 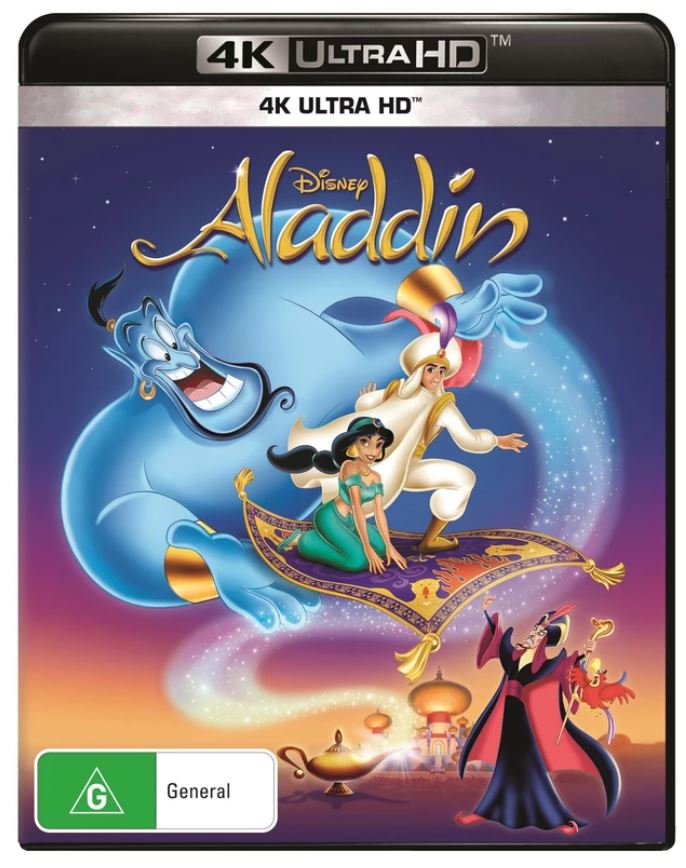