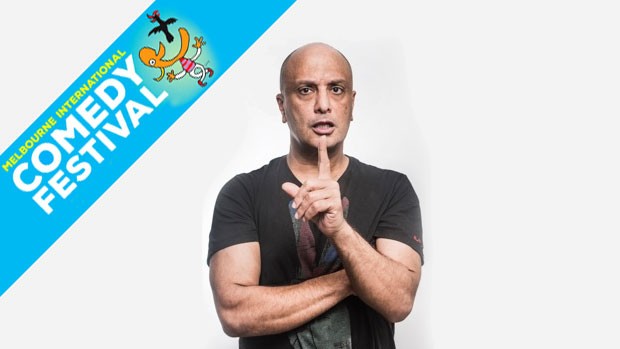 Impulse Gamer caught up with acclaimed comedian Akmal Salah who survived the African Jungle and will be performing again at the Athenaeum Theatre for the Melbourne International Comedy Festival for 2016.

Welcome to Impulse Gamer Akmal… so tell us a little about your “I’m a Celebrity, Get me Out of Here” experience?

It was a challenge, both physically and mentally… I wasn’t ready for it and really didn’t know what I was going into. You also don’t know what they (Channel Ten) will use, which is a strange feeling because they film all day and only use 48 minutes of footage from the entire day. Sometimes you forget that the cameras are filming you but when I left, I started missing all the other celebrities! It puts you in this weird head space because you come out of this strange place and go back into the real world and try to get back into your life and be productive. 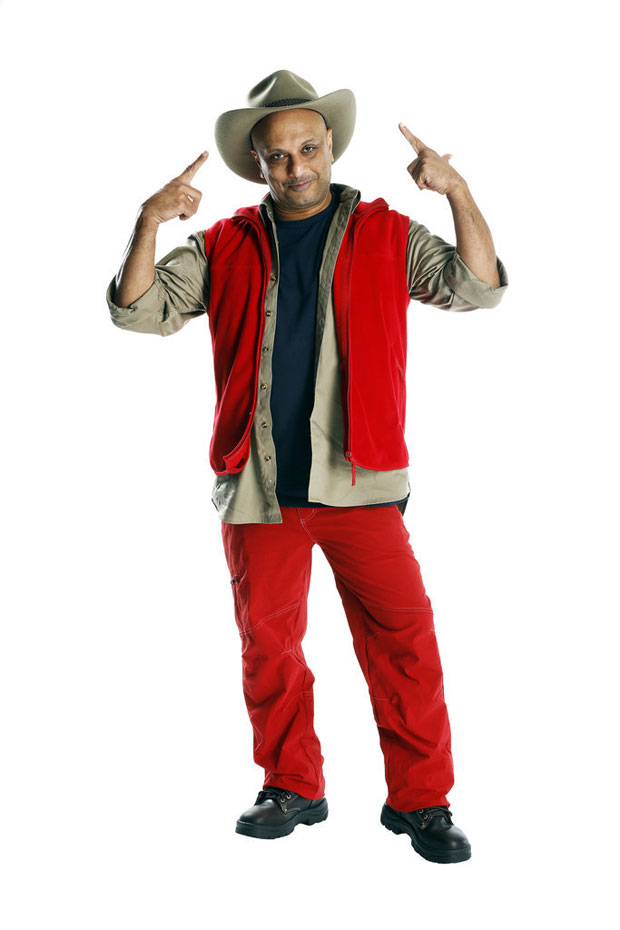 So with the Melbourne International Comedy Festival almost upon, can you tell us what your show is about this year?

I actually didn’t know I was going to perform this year and this was arranged while I was on “I’m a Celebrity Get me Out of Here”… So at the moment <laugh>, I don’t know what I’m going to perform and I’m starting to panic a little but once I get into it, it will all come together.

I might be like Krusty the Clown from The Simpsons like when he is trying out new material to the audience and he says  “Uh oh, I’m losing them. Time for the A-material!” <laugh>.

So if I can’t pull it together, I’ve got a lot of gold to pull out and hope people don’t remember. If their memory is as bad as mine, there’ll be all new stuff and if you suffer from dementia, it’s a new show every night <laugh>. That will be my audience when I retire, dementia patients and I will never need new material again.

So if people have front row tickets for your show in Melbourne this year, should they be worried?

I generally don’t pick on the audience but I do attempt to get some interaction happening for the purpose of the material. I also don’t push the line where I’m upsetting someone or trying to take the mickey out of them for the purpose of cheap laughter. However if you don’t like being talked to, than you might want to avoid the show <laugh>.

Do you interact much with the audience?

It’s funny because some nights I don’t talk to the audience at all, whereas other nights that’s all I do. But when I do interact with the audience, it’s because I’ve forgotten my bits and I’ve gone blank which happens a lot. So if I’m ever saying “hi, what’s your name”, you know that I’m lost completely and I use that as a bridge to get to the next bit and at other times, it becomes a bit in itself. Also, It’s hard to stick to the material that you’ve prepared because every night is different as is the audience so your approach changes night to night.

What’s it like performing at the Athenaeum Theatre in Melbourne? 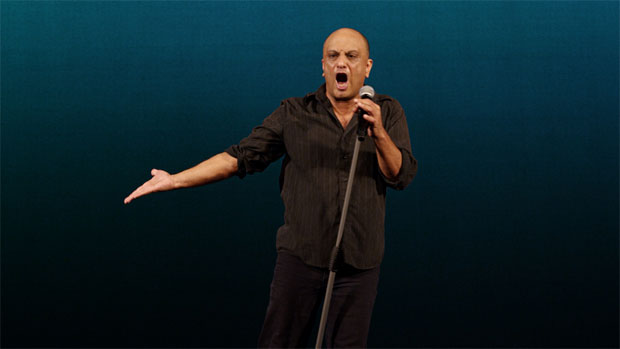 What’s the toughest crowd that you’ve performed for?

Many have stood out and I could write a book about it. If you asked a comedian to list 10 gigs that have been the worst, they could easily list them but if you ask them about the best gig they’ve done, they will struggle. That’s because if you’ve had a good night, it becomes forgotten and just a memory.

If you have bad night, it hurts and stays with you… you think I should have done that or I should have done this. Then you think “oh my god, my career is over” and you freak out. I’ve had many of those nights, especially when I started in Sydney. It’s also a tougher scene than Melbourne and any gig you got was in an RSL club and usually people didn’t pay so that didn’t help!

I was stupid enough to take a tour with male strippers and was getting paid pretty well but I was really naïve. It was fun at first until I got to this place called Wangaratta and it was like 500 women and they wanted to see naked men and then I came out. I was this 5 foot 4 ethnic guy in Wangaratta going “Hi, cats are funny aren’t they?” and they started booing and throwing plastic cups at me. They were looking at me thinking what I am doing on stage? They started saying get off and then started yelling “boring boring boring”.

They weren’t there to see me but to see men take their clothes off and show their penises… I wanted to get laughs but not that many laughs. I was humiliated enough that night but that was a terrible night and one of the few times that I thought should I be doing this but you do recover. I think it must feel like getting thrashed on a sporting field and then you come back and work on your bits and also learn not to do those gigs.

<laugh> Even though the show started at 7pm, they were already drinking 2 hours before the show and I think that every woman in the town was there that night who really wanted to see naked men and I’m like “hi, is anyone from out of town? Ok… let’s move on”. Even though you do remember those nights, I’m happy to say that I’ve had more good ones than bad ones and that’s all you can ask for really. 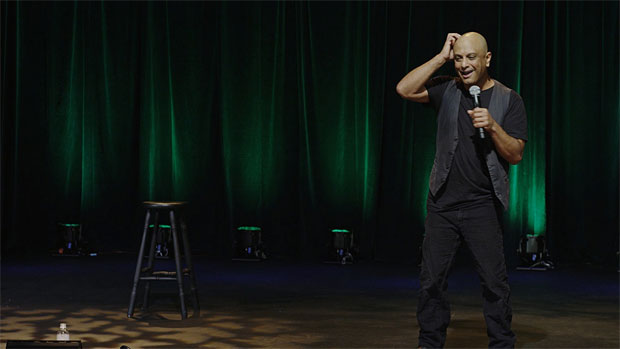 Thanks again Akmal and all the best for the 2016 Melbourne International Comedy Festival!

Visit Akmal’s official site at http://www.akmal.com.au/ plus his Facebook site at https://www.facebook.com/OfficialAkmal/

To find out more about his show at the 2016 Melbourne International Comedy Festival, please visit http://www.comedyfestival.com.au/2016/season/shows/akmal