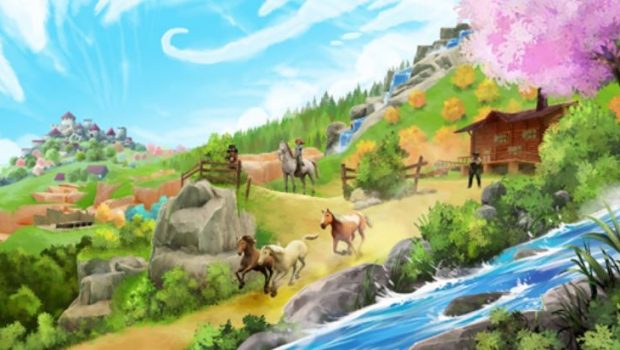 Microids is delighted to detail the content of Horse Tales – Emerald Valley Ranch’s digital bonuses in a brand-new video. This content is included in the retail ‘Limited Edition’ of the game, and will be sold separately as a DLC on digital stores. To celebrate the launch of the game, the DLC will be free for PC players on Steam for a limited period after launch, from November 3rd to November 10th.

Developed by the studio Aesir Interactive, the game invites players to saddle up in a full-on equestrian open world adventure. Horse Tales – Emerald Valley Ranch is set to release in Europe on PlayStation®5, PlayStation®4, Nintendo Switch and PC on November 3rd. In North America, the game is already available on Nintendo Switch and will launch on consoles the 15th of November.

Irish Cob horses have a stocky, solidly built appearance and are usually shown and traded at traditional horse fairs. Their gentle and friendly nature make them a very popular breed! The DLC will allow players to encounter this breed in the wild.s.