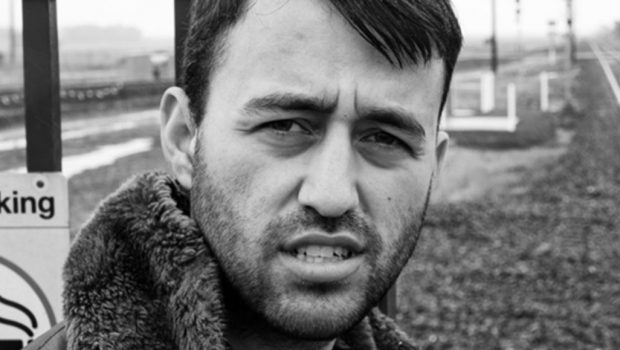 We catch-up with Aidan Jones to talk comedy and his new show, PAP that is currently playing at the Melbourne International Comedy Festival!

Welcome to Impulse Aidan! So whare you most looking forward to the MICF?

I’m obviously looking forward to doing my show every night for a month! But also looking forward to seeing what the best acts in the country have put together over the last year. Also internationals – I fucking love Fern Brady and Alfie Brown! There are so many shows and it’s way too early to tell what the breakout hits will be, I’m just so excited it’s finally here!

COVID, Pandemic, Lockdowns… how did you survive?

Man I lost my mind in lockdown… I started off in 2020 doing a gardening show on YouTube called ‘Backyard Bitch’ – like Backyard Blitz, but instead of Jamie Durie it was me, knowing nothing about gardening, just yelling at my spinach. After that failed, I started writing messages on the back of completed puzzles, then smashing them up, and giving them to friends. In 2021 I put my desk at the end of my driveway in Brunswick with a sign that said ‘COMEDIAN GIVING OUT FREE JOKES’ and told jokes to whoever came by on their morning walk. Finally after we were allowed out to gather in groups of 5, I did shows to audiences of 4 people in the park as preparation for the filming of my debut special in November 2021. What I’m saying is, I’m glad real, live comedy is back.

And your funniest lockdown story (if that’s possible)?

I guess all that lunacy from the last question. When I did the ‘COMEDIAN GIVING OUT FREE JOKES’ thing in my driveway, I didn’t consider that some of the people approaching me might be kids, and I didn’t have any kids jokes. There’s a video on my YouTube of me floundering and really bombing hard to this 8 year old kid in my driveway one Saturday afternoon. That was pretty funny.

Tell us a little about your new show, PAP?

During lockdown, I realised that I’ve been fired from 14 jobs in my life, and after a lot of self-reflection I’m starting to think that I might be the problem here? The show starts with the story of the last job I was fired from, and I dip in and out of stories in a similar theme, each time trying to figure out how I can react to these situations in a better way. Whenever I need a bit of help, I read an email I’ve received from my grandpa, Pap, who I’ve been writing to regularly for the last ten years. He’s a big inspiration to me, and his emails are a really fun way to break up the stories in the show.

Where did you get your inspiration from?

Sometimes I notice myself telling the same story to different people in my life, usually after the third or fourth time I notice, and the next night I’ll tell the story on stage. My approach is to make the person I am on stage just an extension of who I am off stage, so it only makes sense to talk about the stuff I talk about in the rest of my life!

What do you think will resonate most to your audience about PAP?

I think the two main themes here are frustration – the question of how we should deal with things in the world that seem unfair; and family – or in a broader sense, connecting with people we love and letting that be the way we recharge after life inevitably beats us down. Basically if you’ve ever felt upset with the world, and found comfort in the people you love, my show is for you!

Compared to other festivals, what makes the Melbourne International Comedy Festival so different?

MICF is the third biggest comedy festival in the world, behind Edinburgh (which is an entirely different beast) and Montreal (which is more centred on the North American market). It’s the epicentre of comedy in Australia, and in the English-speaking comedy world in Asia as well, and you can see that based on the level of acts who come and perform here. As Melbourne locals, our scene is so lucky to have access to this kind of marketplace every year to show audiences and the industry what we can do. The people of Melbourne really get behind the festival, and for Australian comics this is easily the biggest chance in the year to make some money on home soil and set yourself up for the rest of the year. I don’t know how anyone in Australia could be a professional comedian without this festival.

Who are you most looking forward to catching up or seeing at the MICF 2022?

Peter James and Shad Wicka from Brisbane have an awesome show called Shad and Pete Save The World which I cannot wait to be a guest on. It’s so simple, the audience write their problems down, comedians sit on stage and try to solve them. Those guys are great friends and both so funny, their shows rock.

Lastly, how would you sum up your show in a Tweet?

I’ve been fired from 14 jobs in my life, I’m just starting to think maybe I’m the problem? My grandpa’s never worked for anyone else in his life, maybe one of the emails he’s sent me in the last ten years has what I’m looking for?