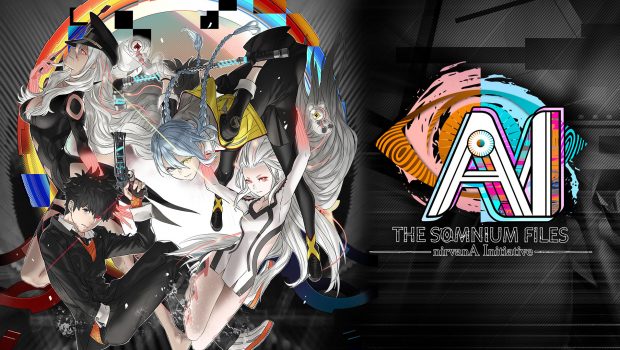 Summary: AI: THE SOMNIUM FILES - nirvanA Initiative is a superior game compared to its predecessor in almost every aspect. While some of the puzzle segments are a bit long-winded and can be quite complicated, the experiences they provide alone are incredibly worth it, and the characters make the game so fun to play.

An AI for Details

AI: The Somnium Files is one of the most interesting and entertaining visual novel/puzzle game series I’ve played. The first game, released in 2019, was one of the first games I ever reviewed, and I enjoyed it tremendously. After playing the second game after all these years, I can confidently say that the game is an upgrade in almost every single way. 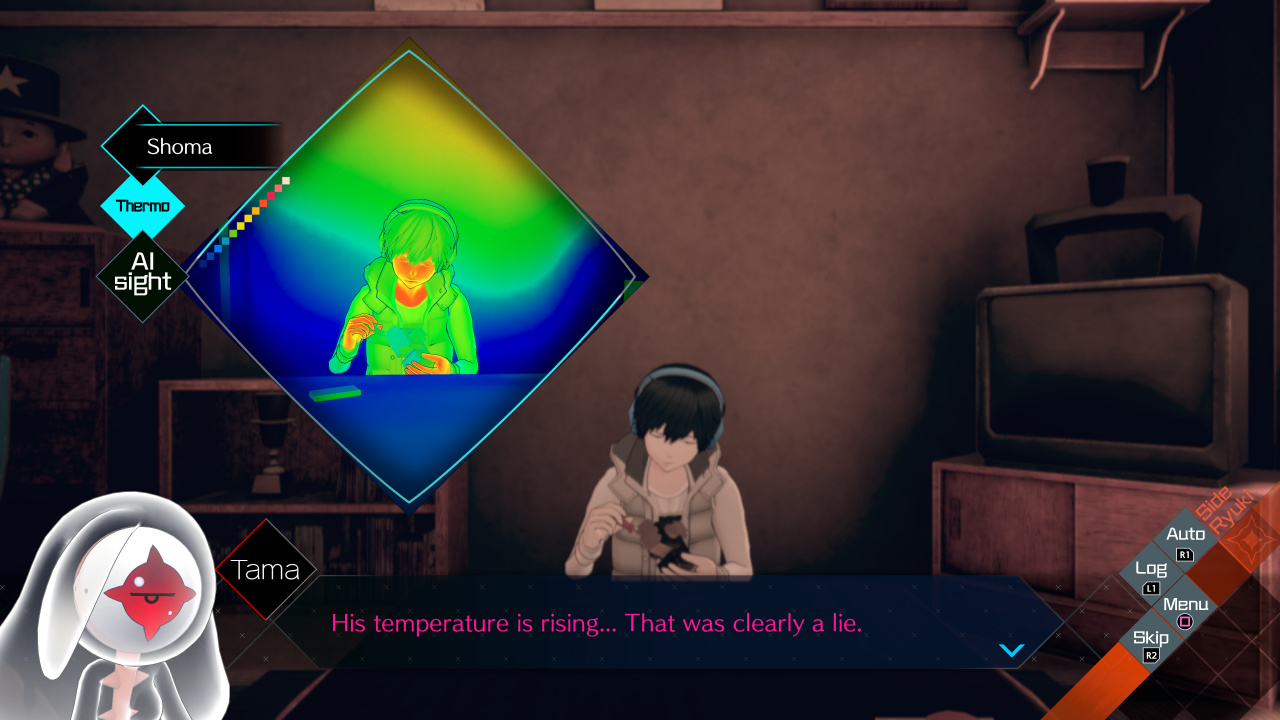 AI: THE SOMNIUM FILES – nirvanA Initiative follows two different protagonists Mizuki, Date’s adoptive daughter from the previous game, now an ABIS agent, and Ryuki, a new rookie detective at ABIS (Advanced Brain Investigation Squad) who’s taking over from Date (the last protagonist) after his disappearance. After a mysterious serial killer who kills their victim by splitting their corpse into two appears, Ryuki takes on the task of uncovering the mysteries surrounding the case and finding the culprit. This takes him on a bizarre chase which the game hints ended mysteriously as six years later, another half-corpse is discovered by Mizuki, which opens up the case yet again.

The game has players play through the story, which is split between two different time periods with Mizuki and Aiba, (Date’s former AI partner), featuring in the main story while Ryuki and Tama, a new boisterous and voluptuous AI, featuring in the side story. Each story focuses on a different side of the case, with Ryuki’s story acting as a prequel and players discovering the early and core aspects of the case, while Mizuki’s story focuses on the aftermath.

The story is exceptionally in-depth, and the structure works surprisingly well, especially as it gives both protagonists time to shine by highlighting their skills and personalities. Although I admit that I still prefer Date as an MC as I feel he’s more interesting as a character. However, the game can also quickly get complicated and overwhelming as there are tons of clues, interesting mysteries, references, and details that players will have to pay attention to, and each of the stories significantly affects each other. 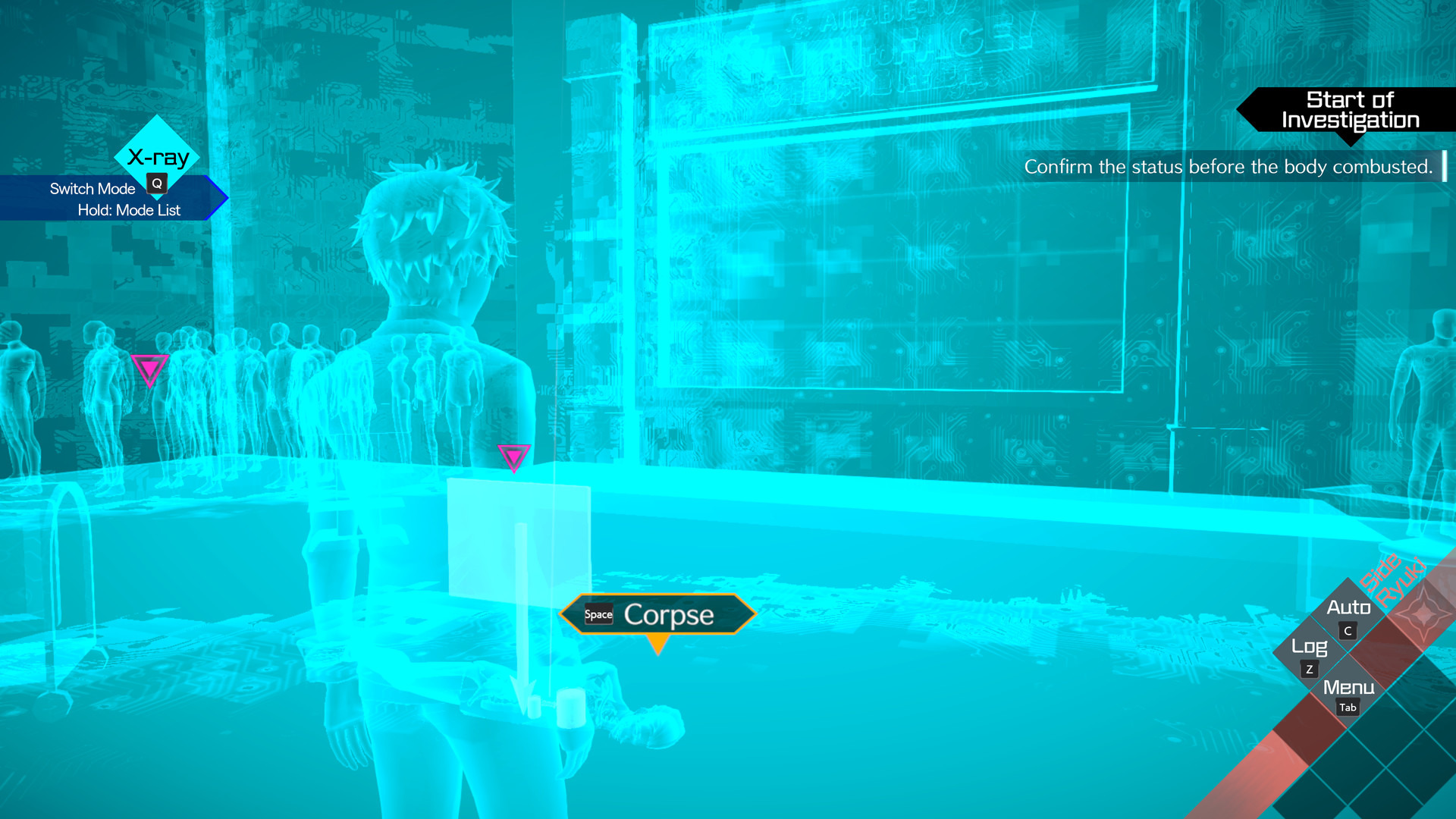 That said, it is easy to notice that Nirvana Initiative is filled to the brim with details. The moment you begin, you will be bombarded with information, references, side texts, new systems, and a lot more, and you will only get used to them the more time you spend with the game. The game is also surprisingly Psychologically deep, with so many references you won’t expect and might not even understand appearing, like Quantum Entanglement relating to the simulation theory and so much more.

Another aspect of the game I love is how it is improved in almost every aspect. From the pristine visuals, newly rendered models, and improved UI to the freshly introduced elements like the Psync Wink, a mini version of Psyncing that’s used to view a character’s deep thoughts for about five seconds. However, this mechanic is used sporadically, as while it can be used for specific casual conversations, it’s used chiefly during case-related conversations. Other newly introduced mechanics include “Virtual Reality” and “Truth Reenactment.” The former is used to check for specific details in your environment, and the latter, usually linked to the former, is akin to the detective mode of the Batman Arkham games as it is used to piece together clues in your environment to reenact a crime. 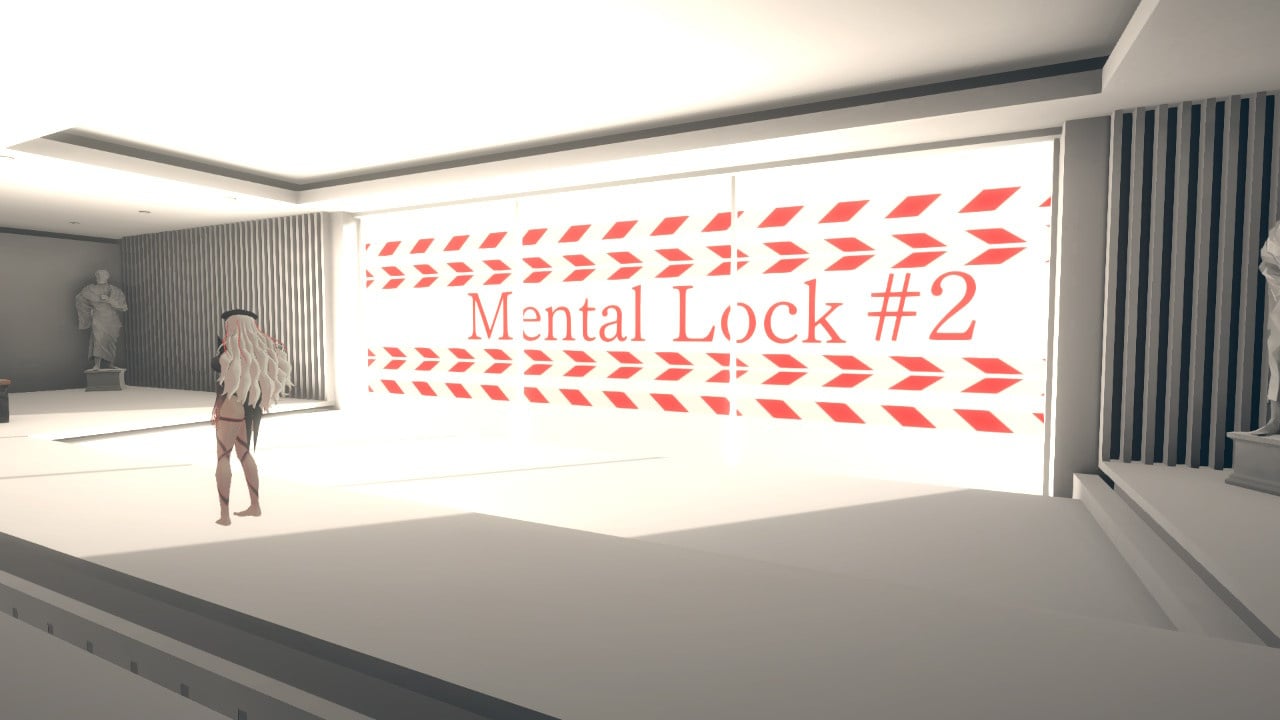 These elements significantly contribute to the game’s depth both gameplay, and story-wise. And speaking of great gameplay, Nirvana Initiative’s levels or “Somniums” include some of the best levels in the series so far. Each level is incredibly different from the next as they challenge the player in many unique ways focused on various themes. As a result, they all become distinct and separate experiences on their own. They are further enhanced by the personalities of the two protagonists and their wonderfully weird and incredibly vocal AI partners.

Additionally, these Somnium levels, which basically consist of you going into characters’ dreams, do a great job of showcasing how weird and bizarre the human subconscious and, as a result, dreams can be.Though I’d also be remiss if I didn’t point out that some puzzles are pretty long while some get needlessly complicated in trying to portray the complex aspects of the human psyche, and will really confuse you at the start.

However, when you aren’t playing through surreal puzzle segments, you’ll be talking to the game’s several characters, both new and old, in the visual novel sections. These parts of the game are usually the most entertaining as every character is endearing with their own weird gimmicks and quirks, including the protagonists Mizuki and Ryuki. As a result, you’ll often see a ton of odd goofy moments that are so random yet feel so natural you can’t help but laugh out loud. 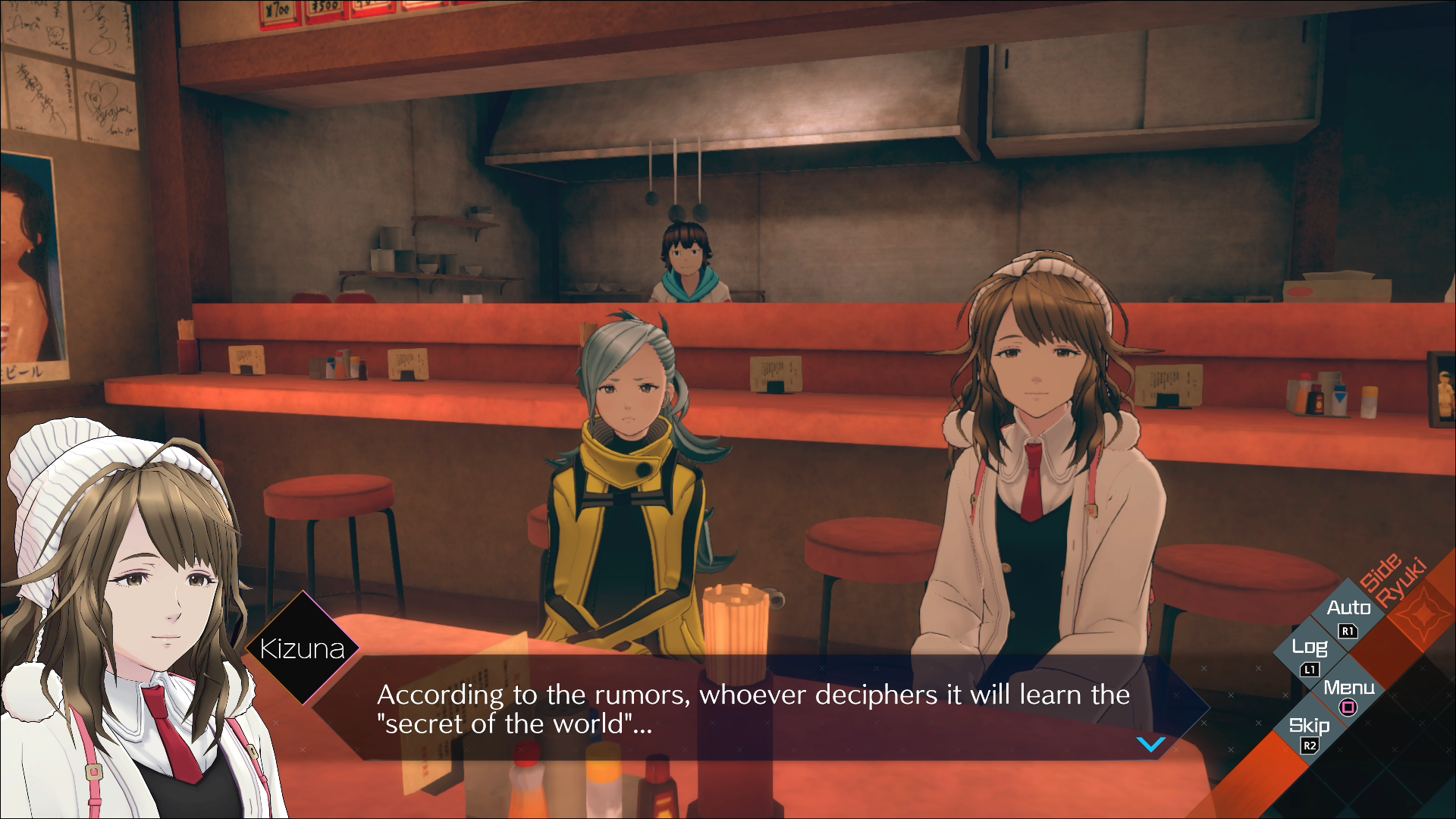 Overall, AI: THE SOMNIUM FILES – nirvanA Initiative is a superior game compared to its predecessor in almost every aspect. While some of the puzzle segments are a bit long-winded and can be quite complicated, the experiences they provide alone are incredibly worth it, and the characters make the game so fun to play. Additionally, as the game has different routes, some mysteries and twists are intense and can be incredibly unexpected. As a result, I can’t help but recommend the game to anyone looking for a refreshing murder mystery game that will both challenge and shock them, and to visual novel fans in general especially as the game can be experienced by new and returning players.