The independent, Syracuse-based publisher was founded by Hart Seely, an award-winning journalist whose work has been featured in The New York Times and on National Public Radio. In recent weeks, AHOY Comics acquired the publishing rights to the controversial comic book series, SECOND COMING, the satirical comic book series in which Jesus Christ resumes His Holy Mission. In the series by The New York Times bestselling writer Mark Russell and acclaimed artist Richard Pace, God commands Earth’s mightiest superhero, Sunstar, to accept Jesus Christ as his roommate and teach him how to use His power in a… more powerful way.  SECOND COMING will be released on July 10, ahead of San Diego Comic Con and following the release of the HIGH HEAVEN trade paperback.

“We’re publishing a superhero parody, an intergalactic epic featuring cats, and not one but two thoughtful satires of contemporary religion,” said AHOY Comics Publisher Hart Seely. “Our publishing line is diverse and eclectic and we’re looking forward to readers discovering these books in comic shops and bookstores this year.”

“We are excited at the opportunity to expand our partnership with AHOY Comics and foresee great market potential for their graphic novel line,” said Diamond Vice President of Purchasing, Tim Lenaghan. “Their continued effort to provide top-quality products is an asset we value, and we’re greatly looking forward to working with them to promote and sell their line of books.”

Timed to today’s announcement, AHOY Comics officially announced the release dates for its first three trade paperback collections. THE WRONG EARTH, the acclaimed superhero satire that introduced fan favorites Dragonfly and Dragonflyman, will be available in book form in comic stores across the country on May 1, ahead of the release of the company’s Free Comic Book Day title entitled DRAGONFLY AND DRAGONFLYMAN #1. 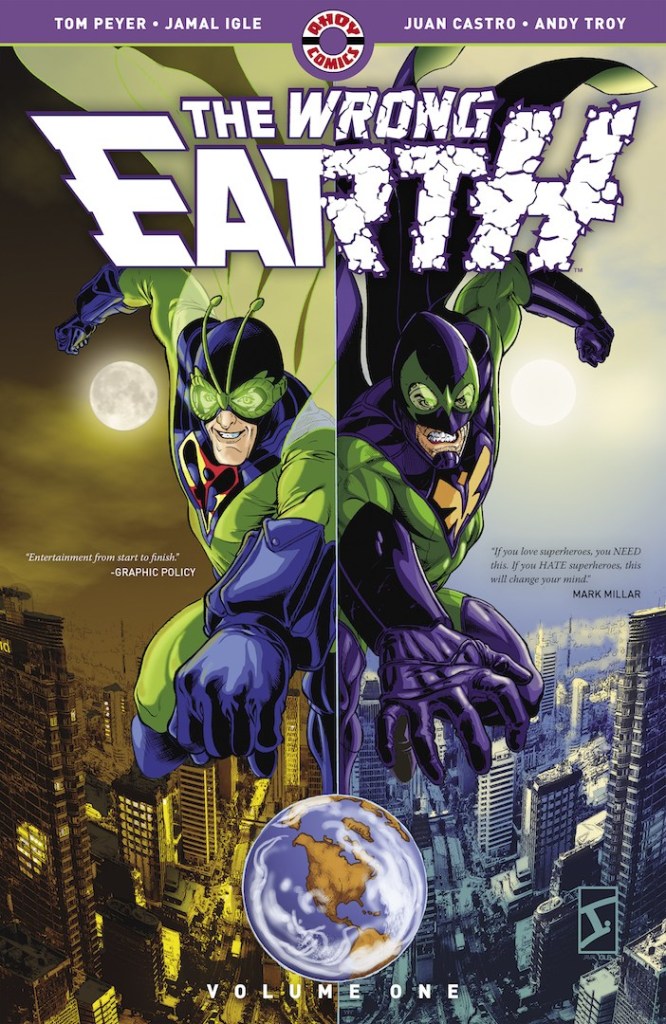 Now in one volume: the acclaimed tale of a starship run by cats! The intrepid Captain Ginger struggles to keep his fellow felines united against a hostile universe—and their own worst feline instincts. Featuring the entire original miniseries, plus two rare extra stories and a sketchbook of character designs. Introduction by Walter Simonson (Thor, Ragnarok).

“This book is steeped in cat lore, cat behavior, and cat knowledge.” ― Walter Simonson, from his introduction

“So wonderfully trippy and science fiction-y it reminds readers what it is about sci-fi that they love.” ― ADVENTURES IN POOR TASTE 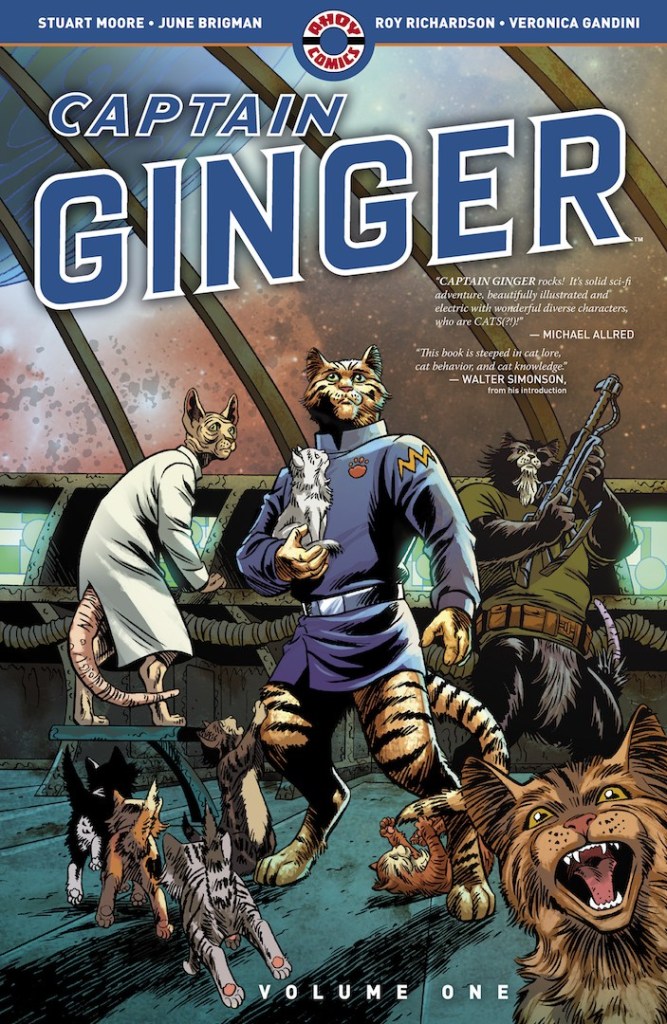 Collecting the acclaimed tale of chronic malcontent David Weathers, who dies and goes to Heaven—where everything is terrible, and everybody hates a complainer. A savage satire by writer Tom Peyer (Hourman, Batman ’66) with art by Greg Scott (Black Hood, X-Files). Features the entire five-issue series plus a bonus illustrated script feature with commentary by Peyer.

“Delightfully depressing… The dark humor in this is great. If superheroes are not your thing, but a thought-provoking story is, give it a try.” — MAJOR SPOILERS 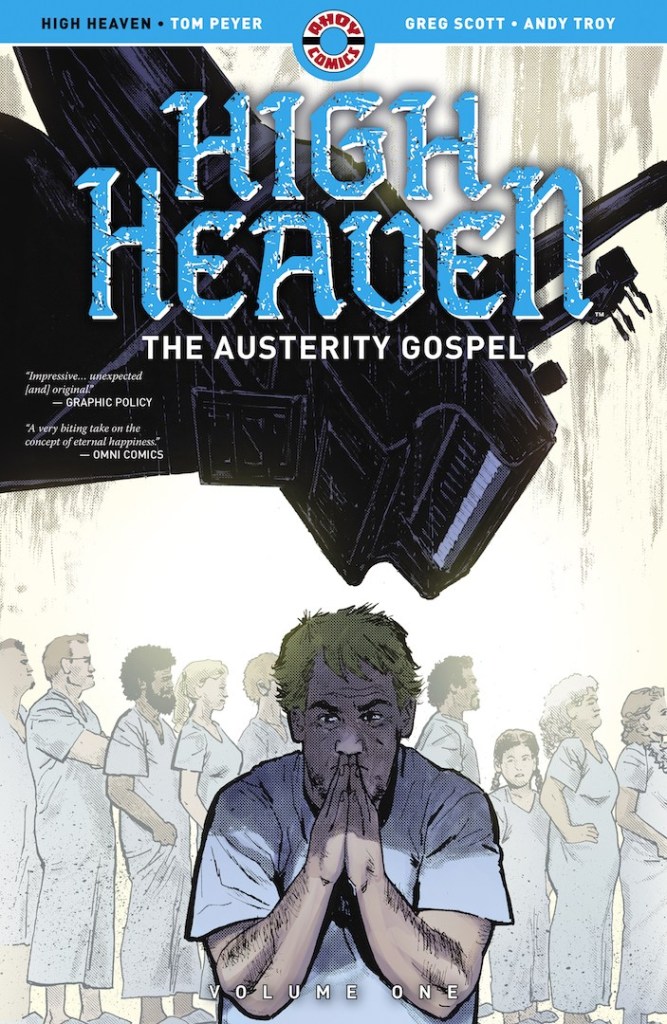