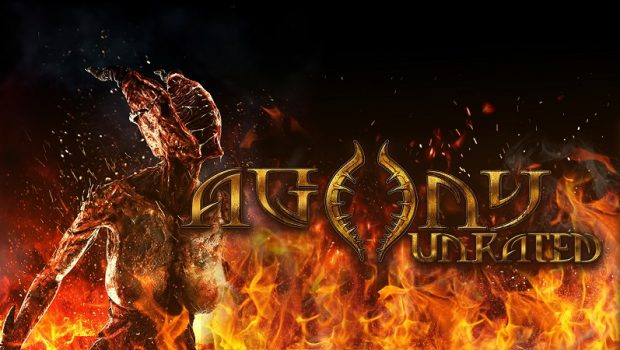 Summary: Take a trek through hell and hope you don't lose your mind.

One of the things I remember about my youth is a book of art by Hans Bruegel and Heironymus Bosch… in that were images that seemed to skirt along the edge of sanity, visions that hinted at a dark world with tormented souls and terror. Starting up Agony Unrated I got the same sense… there’s a certain feel, or look to the game that has that “unhinged” aesthetic. But that’s not surprising given the theme of Agony Unrated… namely a journey through Hell. 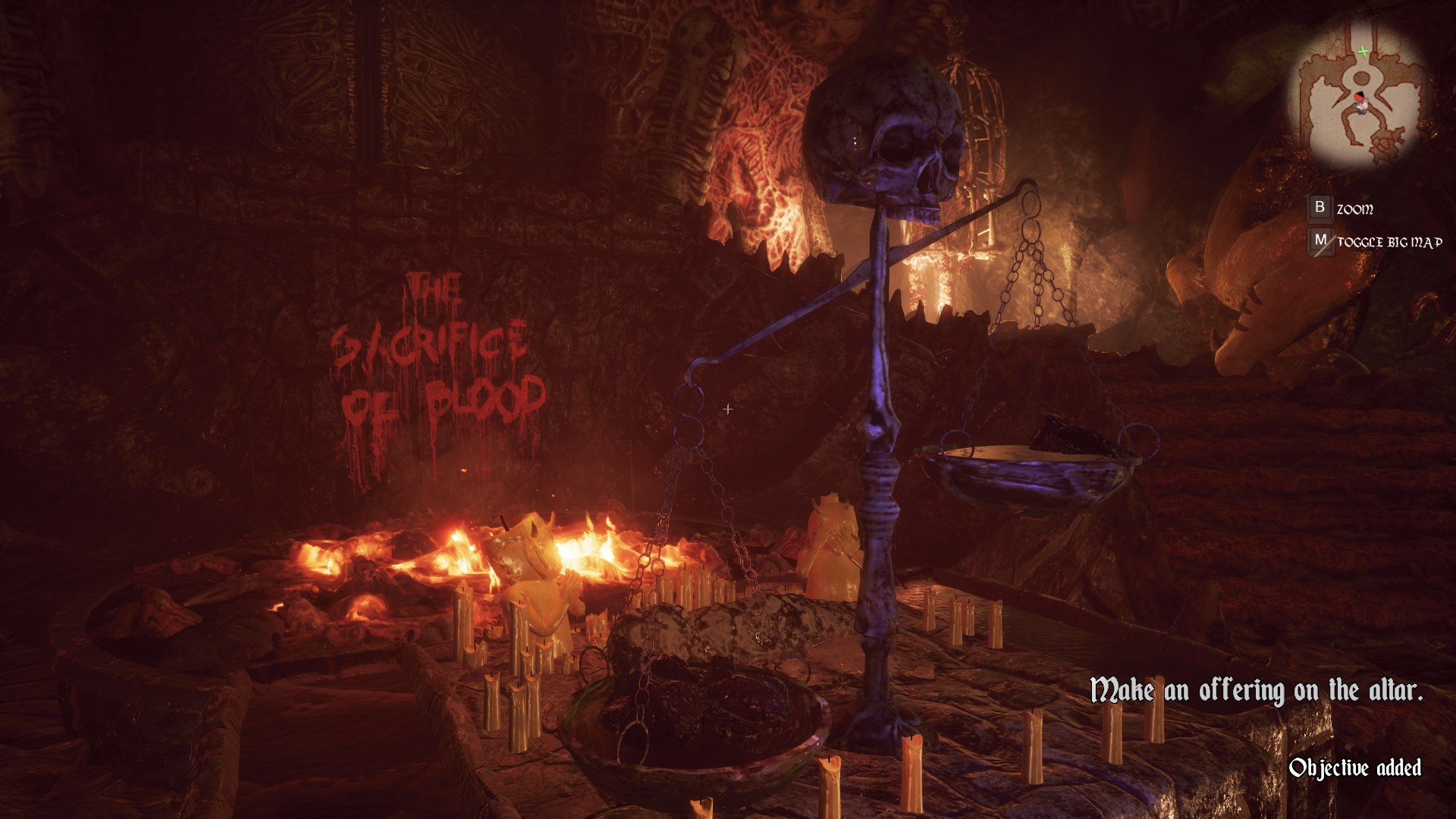 The game starts with you as a tormented soul in Hell with no recollection of your past. As you travel through Hell you piece together the story of other souls who have tried to make sense of their surroundings, none of which sounds particularly hopeful. But maybe… just maybe, you will be the one to find freedom? 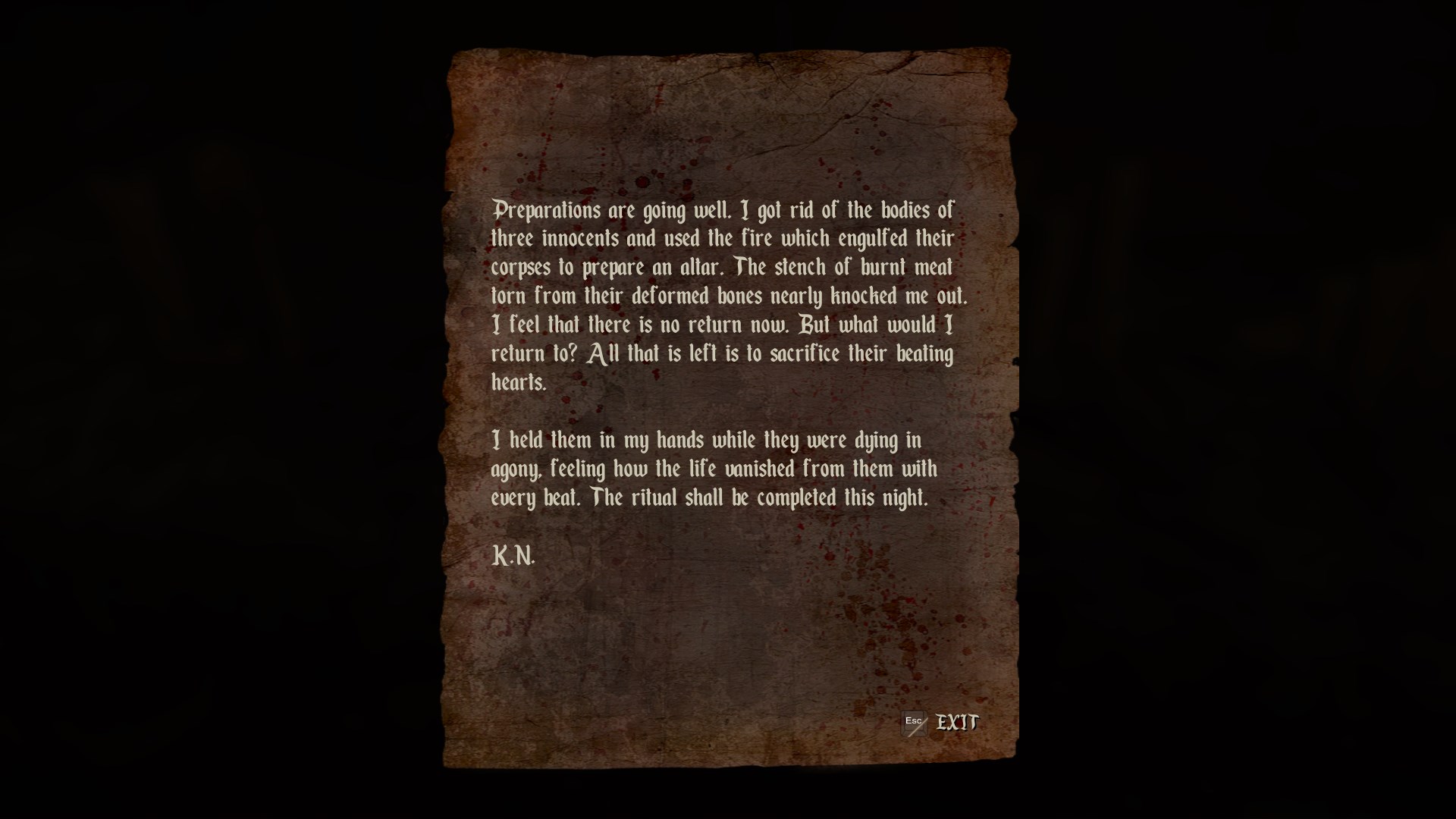 The game involves primarily exploration and puzzle solving all while finding your mind mushed by the horrible sights surrounding you. The gameplay is pretty simple so don’t expect too much… you can level up your character by way of forbidden fruit that enables you to unlock skills (such as possessing creatures), but mostly you will find yourself simply exploring and trying to get to the Red Lady. That possession aspect though, in which you are first able to possess other tormented souls (or martyrs as they are referred to in the game) is an interesting mechanic and reminiscent of games like Messiah. When you first start finding your feet in the game you need to rip the heart out of a captured person and due to that tone setting I thought perhaps I was meant to kill all the wandering humans in this horrible land… it wasn’t until I first gained the ability to possess others that I realised doing so meant there was no one to possess… not good! 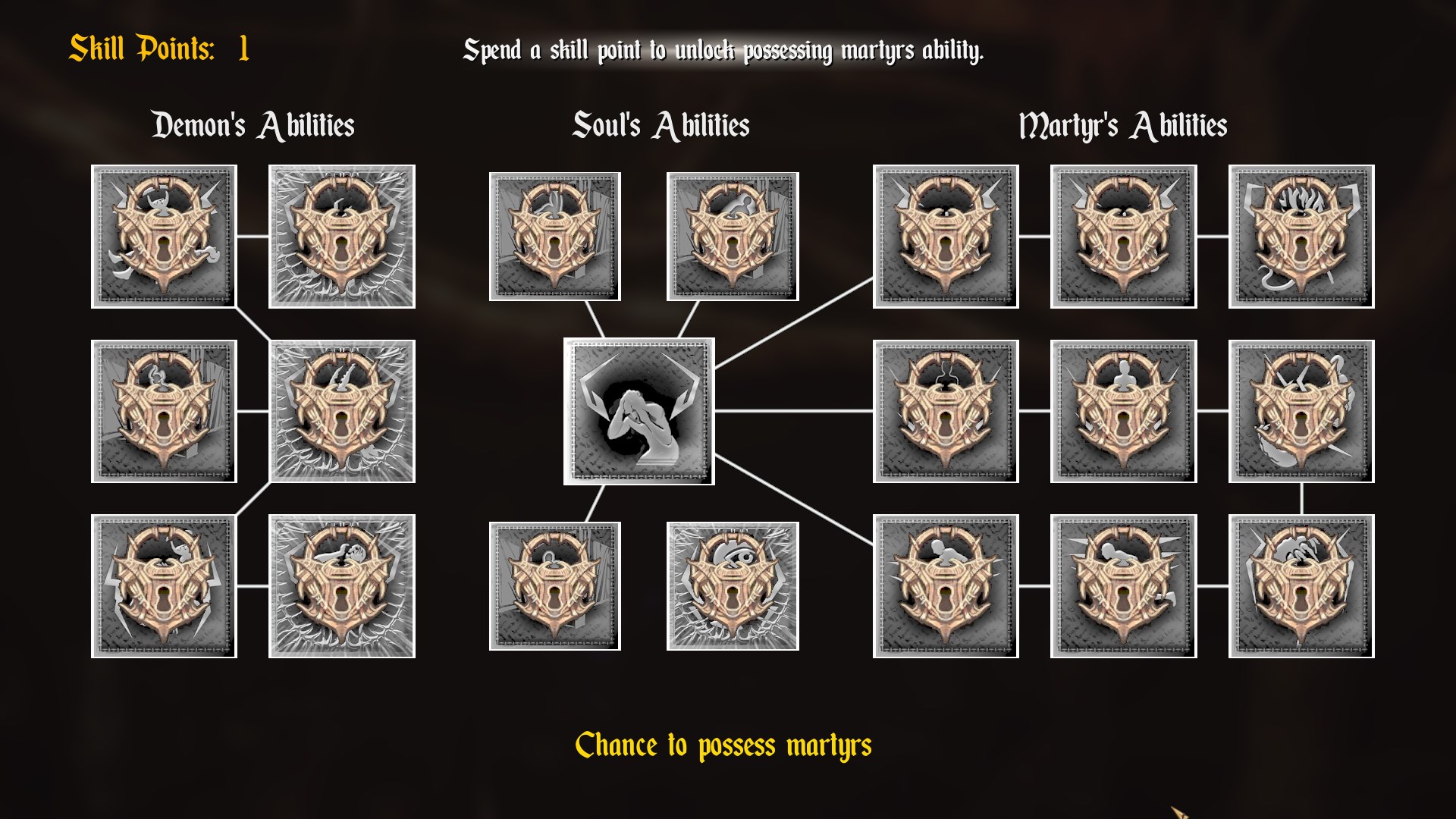 I’m not really sure how else to describe the game… it’s certainly a horror and not for the weak hearted or sensitive minded gamers… but there’s a certain curiousity about it that made me want to keep going. Games like this can be very hit or miss and if the challenge reward balance isn’t just right it becomes very easy to just put the game down and leave it. Agony Unrated introduced new elements at probably just the right interval to keep me interested. Having said that… certain aspects do get quite familiar… the same tormented souls pop up time and time again… though I guess that could just be part of the madness inducing world of Hell… a sort of horrible familiarity to everything. 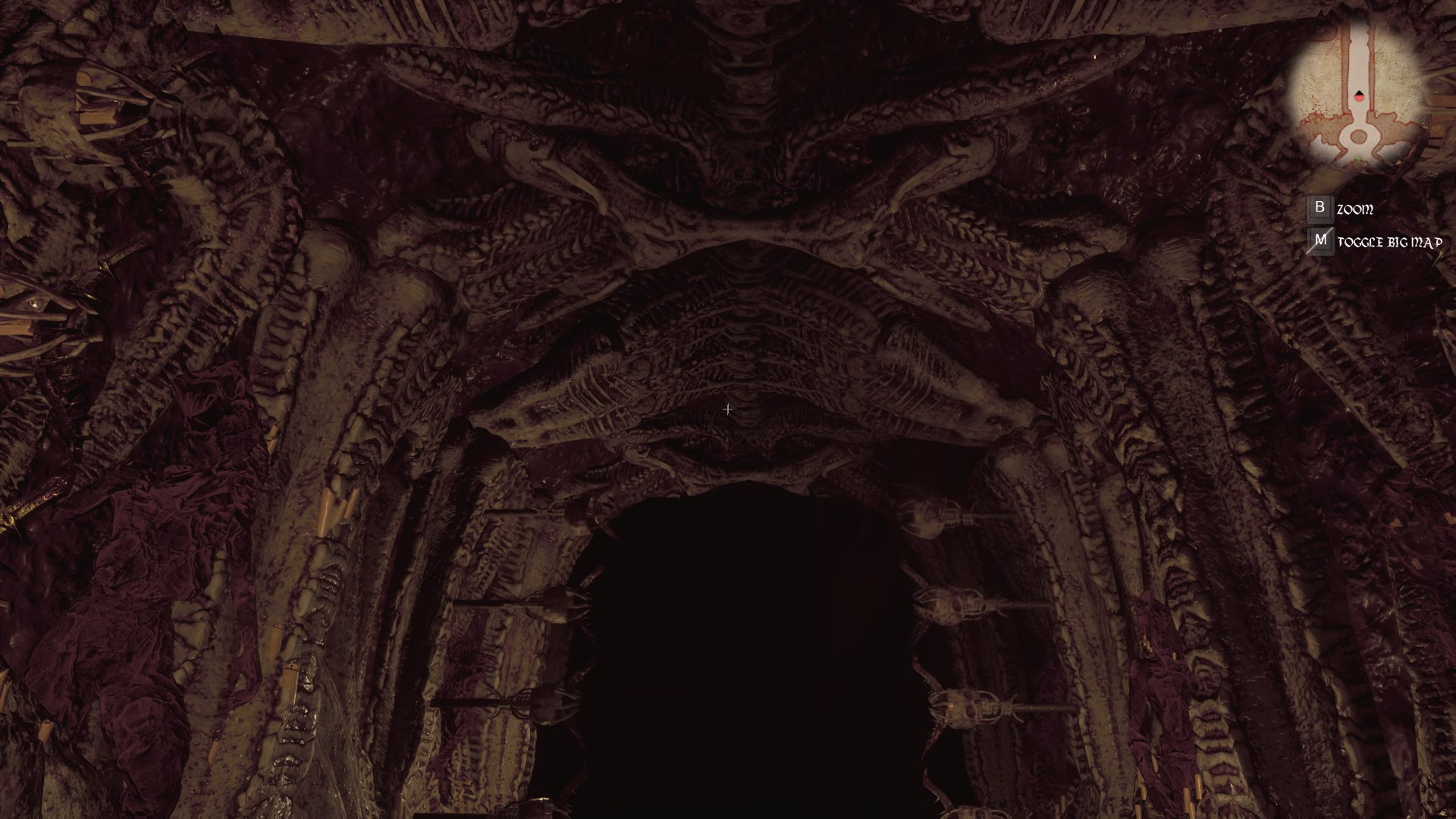 It’s a tricky game to recommend because I could imagine some people would be a bit freaked out by it, I certainly think the hard line religious gamers will want to stay away for a number of reasons. It is both visually impressive and yet at some times a little lacking. It can be quite uncomfortable emotionally at times (their are depictions of babies… albeit grotesque deformed babies… but sufficiently baby like to still be quite disturbing when you have to sacrifice them to make progress). 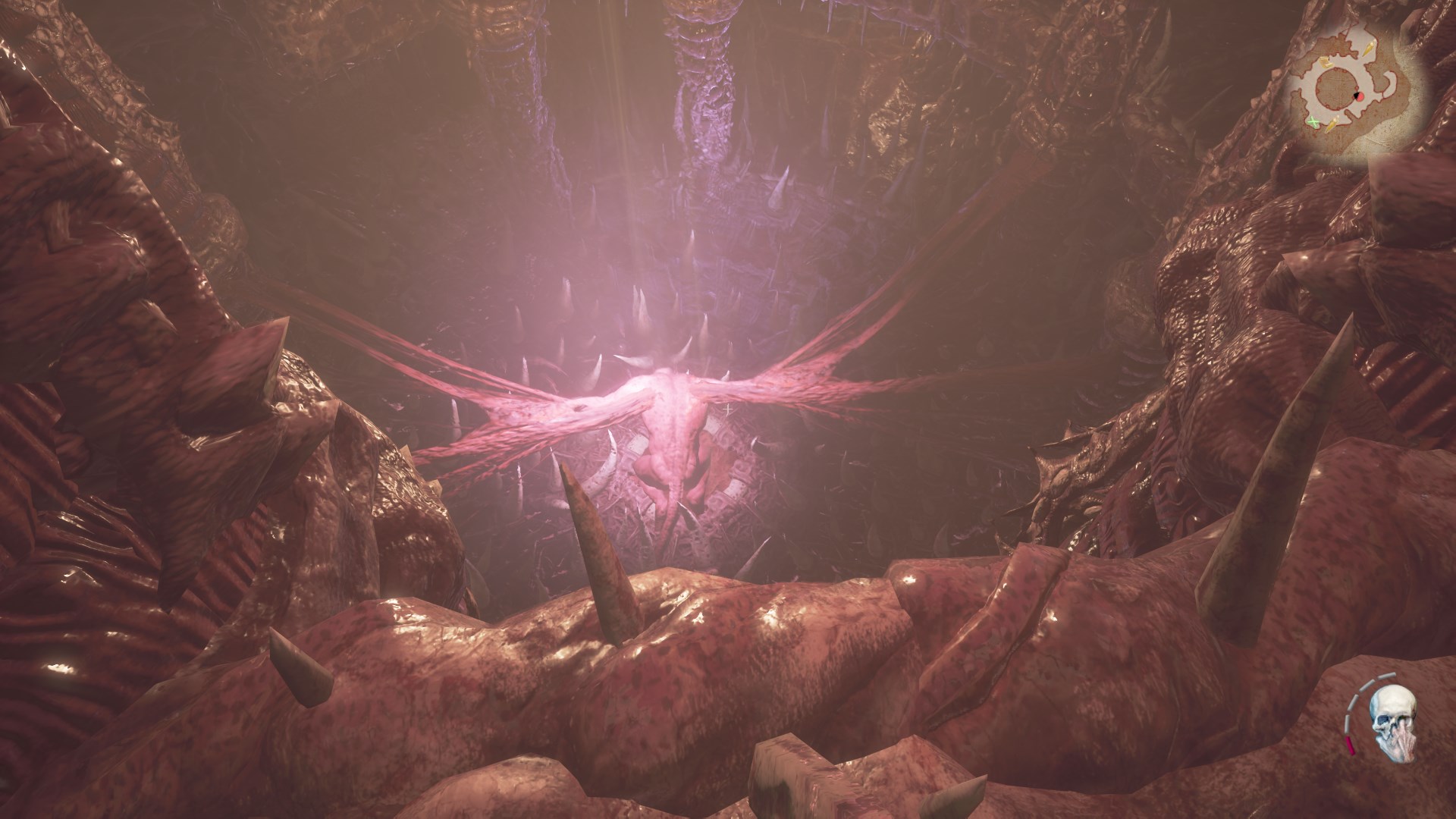 If you like horror, the macabre or the notion of taking a personal voyage through Dante’s Inferno with a touch of Gigeresque visuals… this may be up your alley (or down your abyssal chasm).