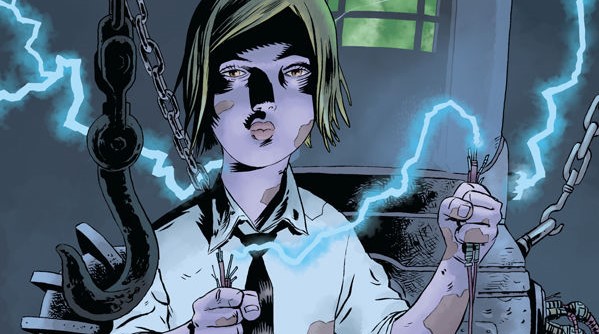 Summary: All is revealed and it's not what you were expecting.

Lucy has finally escaped Dreamland and made her way back to Black Hammer farm, where she immediately confronts Madame Dragonfly. The anticipation is high as they are all about to get the answers they have been searching for.

This issue begins with Lucy back on Black Hammer farm, confronting Dragonfly in her cabin. She has had enough with the deceptions and lies, and demands to hear the truth. Feeling threatened by Lucy, Dragonfly pins her to the wall with the intention of eliminating the threat. Meanwhile, back on the farm we see Abe and Tammy in bed talking about the weird change in Earl. Tammy is suspicious, believing that the man they encountered isn’t actually Earl. This then leads into a conversation where Abe reveals everything to Tammy. He tells her the entire truth of who he is and who his companions are. Whilst this is unfolding, we see Gail down in the barn trying to fix Talky. Miraculously, Gail briefly reactivates Talky, who awakens for a fleeting moment to reveal that Dragonfly is behind their exile. It all comes to a climactic confrontation with the entire “family” in Dragonfly’s barn, demanding answers. What unfolds next is truly unexpected and shocking. Don’t stress, I’m not going to spoil that for you.

Oh my! Here we are, with the veil lifted and the truth revealed. Everything has been building up to this very moment, so the anticipation in this latest issue is absolutely bubbling. We’ve known for a while that Dragonfly has been the mastermind behind things, however, the extent to her meddling was unknown until now. Without giving away any spoilers, all I’ll say is that things from this point onwards are going to be drastically different. This dramatic shift in the narrative has me incredibly excited, as we have gone from mystery, suspense and smoke and mirrors to full-blown truthful declarations and revelations. This will also see a change in the dynamic of the characters, as they process and then ultimately react to what has unfolded. The only mystery here now is what will happen next?

Dean Ormston’s art is buzzing with emotion in this issue, as we see all of the characters going through quite a harrowing experience. I was really touched by the moving and emotion-filled reaction that we see coming from Dragonfly, a character who is normally stoic and hard to read. Clearly the stress has taken its toll on her, and seeing her breakdown in this way was somewhat sad and beautifully portrayed by Ormston. I also thought it was excellent to see Gail letting go and reacting in an honest and unfiltered way. She has suppressed a lot of rage and resentment towards Dragonfly, and seeing that all come out in such an intense release was pretty epic. The colouring by Dave Stewart is subtle and muted, reinforcing the bleakness of Black Hammer farm, which I’ve always liked. Things inside the cabin are stained with green, capturing the eerie glow of Dragonfly’s dark magic.

Overall, I thought that this was an intense issue. I believe the reveal was handled perfectly, and I loved the build up of tension that progressed throughout this issue. I can’t wait to see where things go from here, as Black Hammer is going to be different from now on. 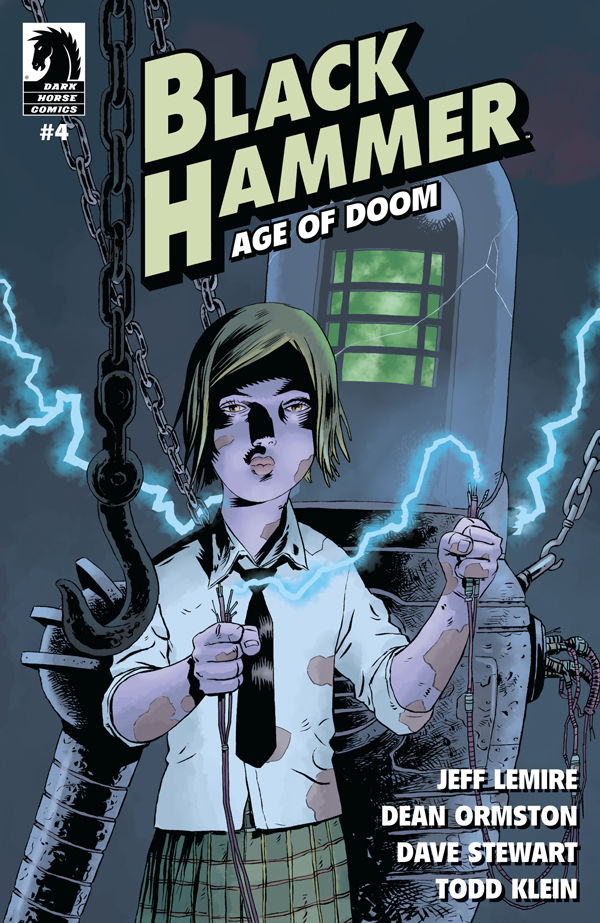