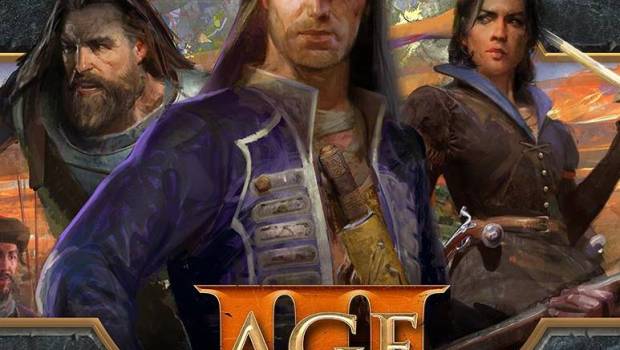 Summary: Age Of Empires 3 Definitive Edition beings 4k resolution to a 15 year old game and does a beautiful job,

Age Of Empires 3 Definitive Edition has finally come after much hype and debate. It’s a beautiful animated remaster of a game from nearly 15 years ago. It returns with a few new game modes, brand new 4k resolution and a beautiful soundtrack while keeping the feel and integrity of the original game. Let us dive into this nearly historically accurate representation of the past wars and battles.

Age Of Empires 3 is a Real Time Strategy game where you build giant armies and throw them at your opponents tactically. The game starts you off with an option of choosing between the classic UI and the new and improved “Definitive” UI. From here you have a huge selection of game modes to play which include Story Mode, Historical Battles, Skirmish, Multiplayer, and the brand new “Art Of War”. Each game mode offers varying subsets of rules while not really changing the game too much and keeping that familiar feel to it.

Historical Battles was by and far the best game mode essentially pitting you in very specific scenarios that are entirely based on famous battles of the past. Every scenario has voice acting to set the mood and pace before each battle begins. The battles themselves are very challenging and are amazing reimaginations of early parts of world history. While each fight was an uphill struggle, there were plenty of options for advancing through side objectives and main objectives making each fight more and more important. Once you finish a Historical Battle, you are given a little narration about what actually happened in the battle. This is a great touch for any history buffs out there, a truly nice touch.

Art Of War mode has also returned as a wonderful teaching tool. Art Of War teaches the players basic strategy mechanics and well as how to use the new UI. This is great for new players to the genre as well as returning players who have a little rust in their wrists. There were even some new game mechanics that were introduced with the games combat and pathing overhauls and Art of War teaches you all about it. Art of War was very popular the first time around and I can only imagine it will be just as well received this time around as well.

Skirmish and Multiplayer have returned as well. Skirmish is a game mode where you play against AI controlled enemies. Skirmish is great for learning each individual civilization and finding what their strengths and weaknesses are. Each civilization plays vastly different from being very aggressive in the early game to turtling in the late game. Some are better at playing a long economical game or playing the short and fast passed rush strategy as well as varying degrees of cheese. Once you’ve spent enough time honing your skills with the civ of your choice and feel you’ve mastered them, that is when you move onto multiplayer. Multiplayer consists of basically skirmish except you are now playing with other people from anywhere on the world with varying degrees of skill from complete noob to potentially world renown skill. Multiplayer is the true end game and where everyone will inevitably go who has any kind of competitive edge. That’s where the real grind will begin. Unfortunately I was not able to test multiplayer and didn’t see a single other tester available either.

Age of Empires 3: Definitive Edition adds two new nations: Sweden and the Inca. This is the first time the Swedes have been included into the franchise and I am sure they will be incredibly popular. The Swedes gameplay slowly evolves over the Ages as they continue to tech up. They start out with mostly basic units and eventually learn the art of gunpowder after which they become one of the best long range fighting civilizations. Their buildings are absolutely gorgeous, especially if you are playing one of the brighter colors. The Inca however, play very different. They are more economically food centric. And by food centric, llamas, llamas everywhere. If you aren’t spamming llamas you aren’t doing it right. You’ll never starve and constantly be able to rebuild your army since you’ll have so much food you won’t know what to do with. Their buildings are also very pretty and aesthetic showing lots of details and minor flourishes. 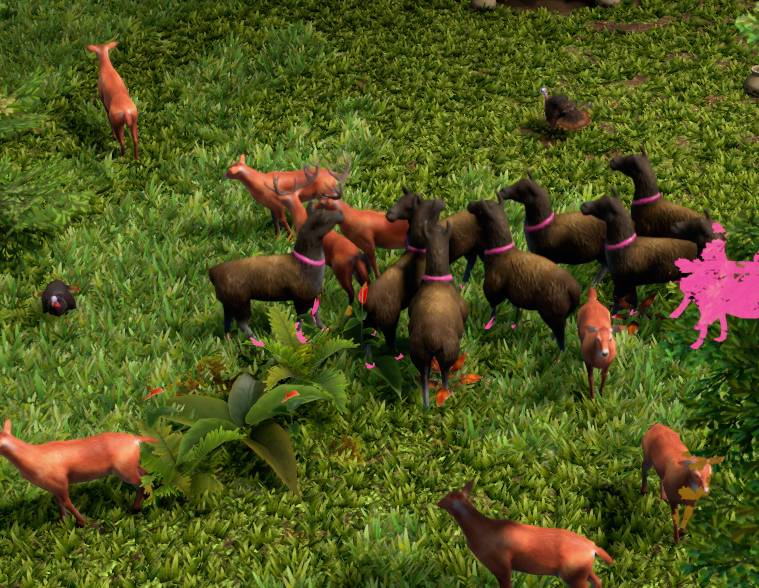 AOE3:DE features some incredibly beautiful graphics all the way up to 4k resolution. A side by side comparison of every unit from the original AOE3 to AOE:DE shows just how much improvement was made to the game models. The graphics improvement immediately looks more fresh and refined. You can see the grass getting crushed underneath units are they walk over it or trees getting crumbled by giant units, even while completely panned out. Units are no longer pointy, even when zoomed all the way in and every unit has a different idle animation compared to the previous iteration. Build animations are really nice, especially how destructible they are when destroyed showing rocks or wood flying everywhere based on how they are blown up. A structure shot by riflemen will crumble differently than ones razed cannons or mortars.

The soundtrack, in my opinion, is very good. There are lots of various degrees of sounds for just about every interaction from booming trumpets to a beautifully quiet harp. Even the menu screens music was very enjoyable to listen to as I let it play in the background while I am writing this. Just about every interaction during the Story Mode and Historic Battles are voice acted. During every cut scene the music would never feel like it was overshadowing or overpowering the voice acting which was great. There were some stutters or random loops of sounds but they were minor bugs at best and did not really effect gameplay. The biggest issue I ran into while playing were the vastly different volumes of sounds, some were hilariously loud which others were too low. I’m sure this will be addressed in the future.

Age of Empires 3 has always been kind of the step child of the franchise as its always been overshadowed by its prequel, AOE2. Age Of Empires 3 initially came out nearly 15 years ago and just couldn’t make that splash into the RTS genre since there were so many others coming out or gaining popularity around the same time. While I think this is true, the game is still truly impressive and is a great remaster to the original and a wonderful addition to the AOEDE series. At only $20 is incredible value for the amount of available play time that be attained from this game. Not to mention if you own the previous games in the Definitive Edition series, you will get a discount with the bundle. The game offers tons of different things to do while also bringing 4k resolution and a very well made soundtrack. While it may not be one of the best games in the series, this game is still a big win to me with the addition of 2 more civilizations and more game modes.