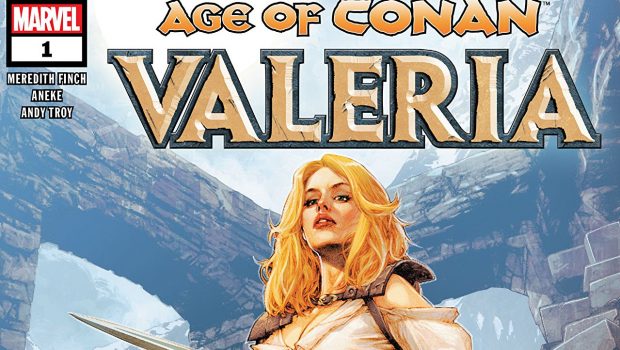 Summary: The Hyborian age produced many mercenaries, fighters and pirates of note, one stands as a legend in her own right, her name is Valeria.

It is easy to think of the Hyborian Age as being the age of Conan (it’s even in the title)… but just because his legend seems to stand largest among them all… doesn’t mean others aren’t legends in their own right. Valeria forged her own legend to stand the tests of time and to leave her mark on the Hyborian Age. 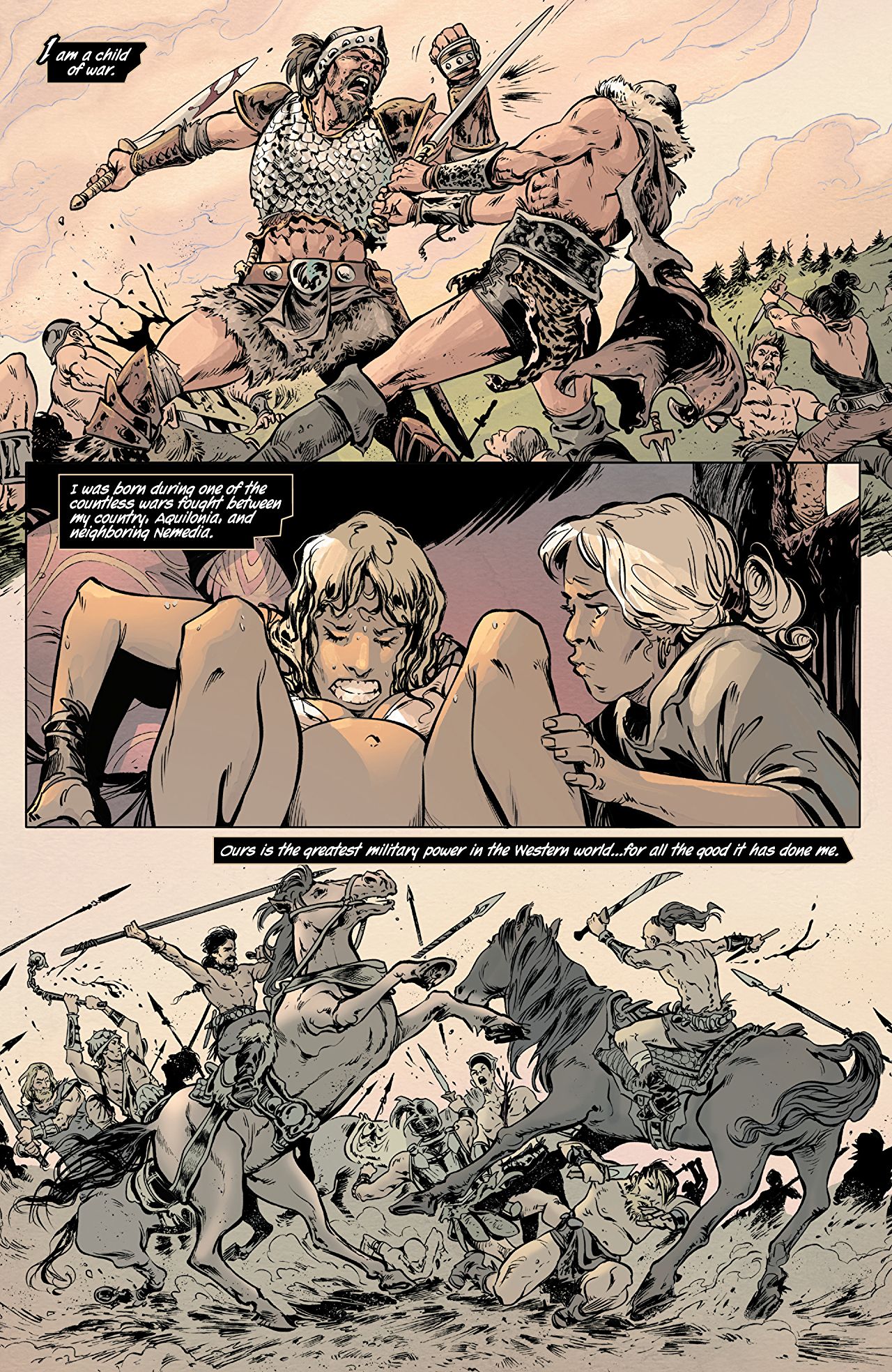 I think one of the main things I like about this story is how strong a character Valeria is. In some ways she has a similar story to Conan’s, family members killed and a quest to right the wrong of their deaths. The opening of the story shows us just how brutal life was and how Valeria herself was born into the war torn world at a time of great violence. Exploring that youth and putting her life in context is a great way to both instill in the reader sympathy for Valeria but also respect for what she has been through and an understanding of her courage and ability… things that will be needed abundantly for her days ahead. 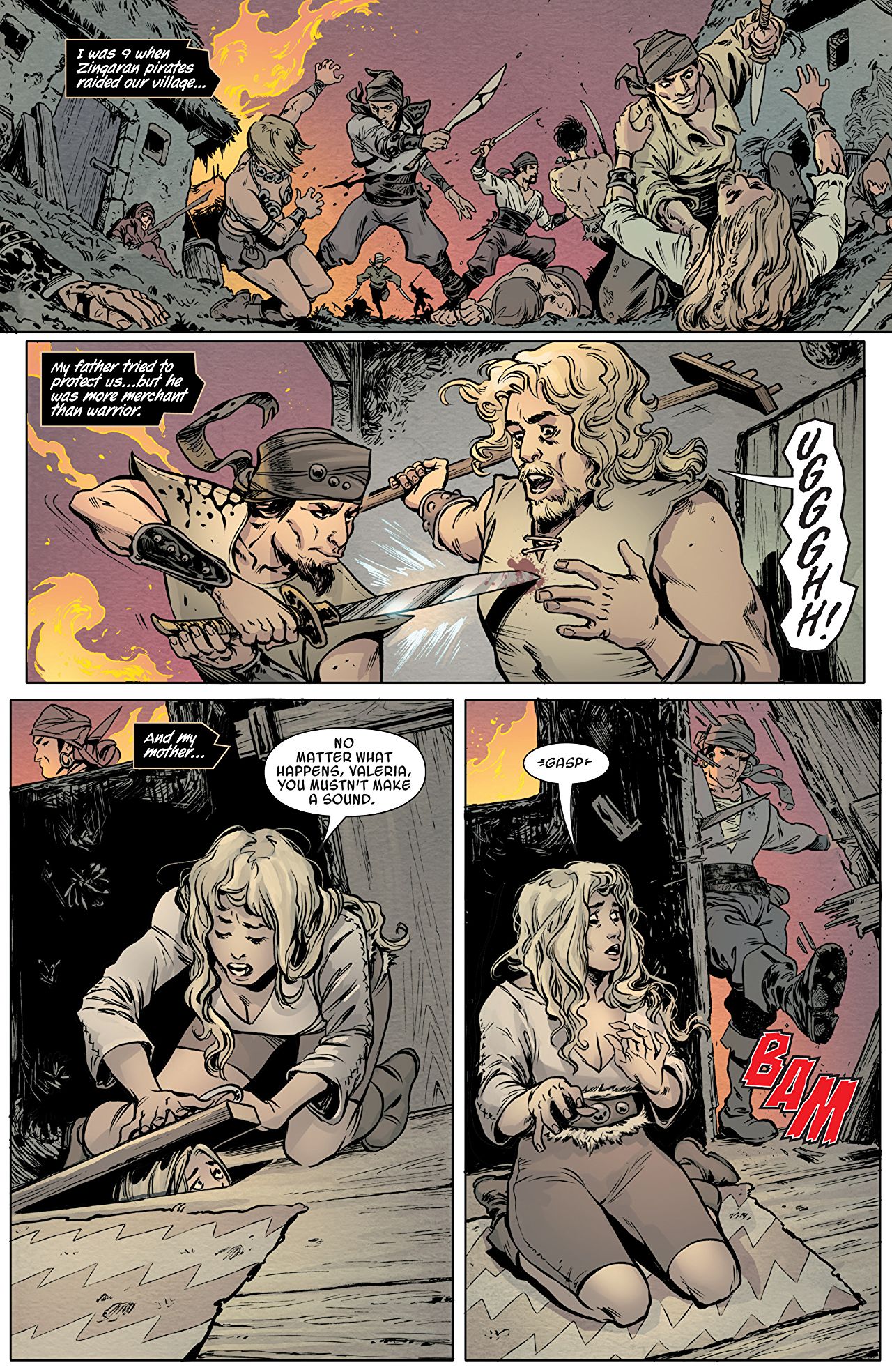 The artwork uses a somewhat limited palette, one that focuses on muted tones for the “flashback” scenes and then slightly brighter tones for the main story. Arguably the most striking image in the whole comic is the scene in which a young Valeria has been hidden under the floor of the house… we can see that the invaders have entered the room above her and the next panel we can see the floorboards above her soaked in blood. It’s quite a striking image and is very evocative of the terror of that moment. 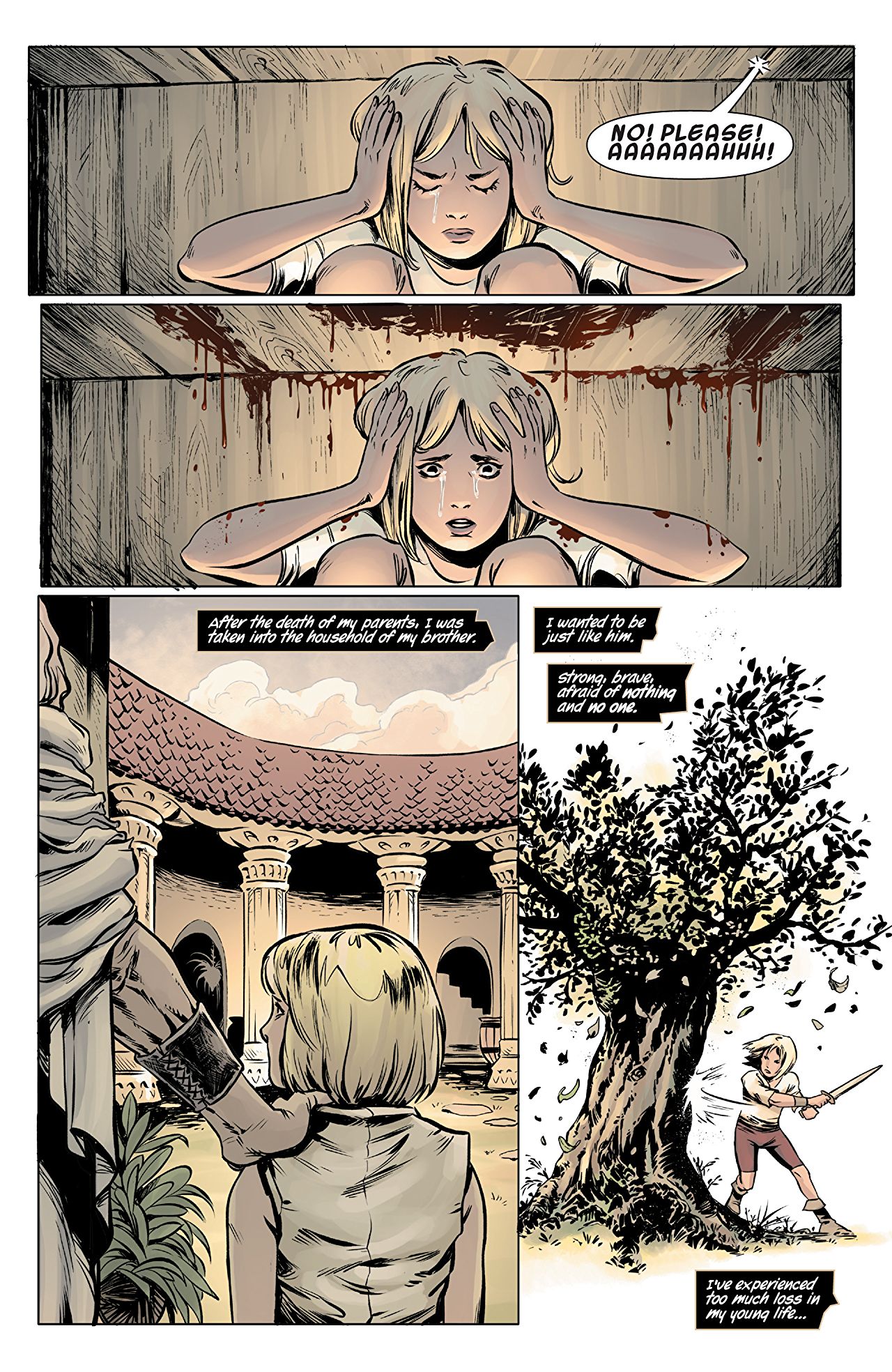 I’m a big sword and sorcery genre fan so this was always going to be in my wheelhouse. As a character I was most familiar with her from the original Conan movie so I was quite interested in learning more about her own story. If you want to find out about one of the other legendary characters from the Hyborian Age… this is a great place to start, learn of her origin and her motivation to make her name known.