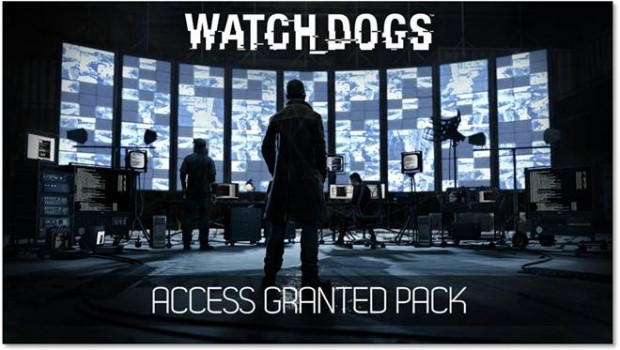 SYDNEY, AUSTRALIA– July 2, 2014 – Ubisoft® has announced that single player content for the open world action-adventure game Watch Dogs will be available this week on all platforms. This release includes three single player missions, unlockable weapons, perks and bonuses to help Aiden on his quest for revenge.

The three missions, detailed below, give players tasks to complete, but also bonuses, boosts, perks, weapons and outfits to earn and unlock along the way.

New weapons available with this content include the Biometric Rifle, and the Auto-6 pistol. The Biometric Rifle is acquired after successfully completing the Signature Shot mission and is unique to Aiden, responding his finger prints alone. It excels at long range, but still has a high rate of fire for when combat gets up close and personal. The Auto-6 is a burst fire pistol that is extremely effective and deals a large amount of damage.

Among the new perks and bonuses are a Dedsec Battery Boost that adds additional phone battery, a Blume Weapon Boost that permits faster reloading for all weapons and less recoil, a Driving Master boost that offers improved vehicle hit points and an ATM Hack boost that increases the amount of money gained when hacking accounts at ATMs.

In Watch Dogs players assume the role Aiden Pearce, a brilliant hacker whose criminal past led to a violent family tragedy.  Now on the hunt for those who hurt his family, players will be able to monitor and hack their enemies by manipulating everything connected to the city’s Central Operating System (ctOS). ctOS controls almost every piece of the city’s technology and holds key information on all of the city’s residents. Players will access omnipresent security cameras, download personal information to locate targets, control traffic lights and public transportation to stop enemies, and more. Watch Dogs lets the player use Chicago as their ultimate weapon and exact their own style of revenge.