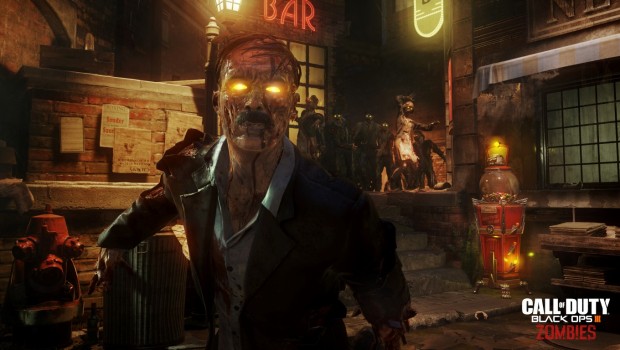 Sydney, Australia – July 10, 2015 – Treyarch, the creators of Call of Duty® Zombies is back with, Shadows of Evil, the all-new undead survival co-op mode launching on November 6 with Call of Duty®: Black Ops III. Shadows of Evil will make its world-wide debut today at San Diego Comic-Con, which delivers an incredibly rich and deep narrative and action-packed co-op survival experience that is signature to Treyarch’s strain of Zombies. Players are introduced to an all-star cast of characters, including Jeff Goldblum, Heather Graham, Neal McDonough, Ron Perlman and Robert Picardo.

“Treyarch has crafted a totally unique and face-melting gameplay experience for our loyal Zombies community, with Call of Duty: Black Ops III: Zombies – Shadows of Evil” said Mark Lamia, Studio Head, Treyarch. “The development team has packed Shadows of Evil with more gameplay and fun than any other experience before it, and has an appropriately twisted and deep narrative, performed by fantastic acting talent, that will keep our fans spinning.”

Call of Duty: Black Ops III: Zombies – Shadows of Evil drops players into a recognizable yet terrifyingly unfamiliar world, as they uncover the secrets and challenges laid out for them by a shadowy figure, who holds their fate in his hands. Set in a 1940’s film-noir era, Shadows of Evil introduces four unwitting characters – The Magician, The Femme-Fatale, The Cop and The Boxer – into an unravelling experience masterminded by the mysterious Shadow Man. Featuring voices and likenesses, the characters are played by Jeff Goldblum (Jurassic Park, Independence Day), Heather Graham (The Hangover 1-3, Californication), Neil McDonough (Captain America: The First Avenger, Band of Brothers), Ron Perlman (Sons of Anarchy, Hellboy) and Robert Picardo (Star Trek: Voyager, Stargate SG-1). 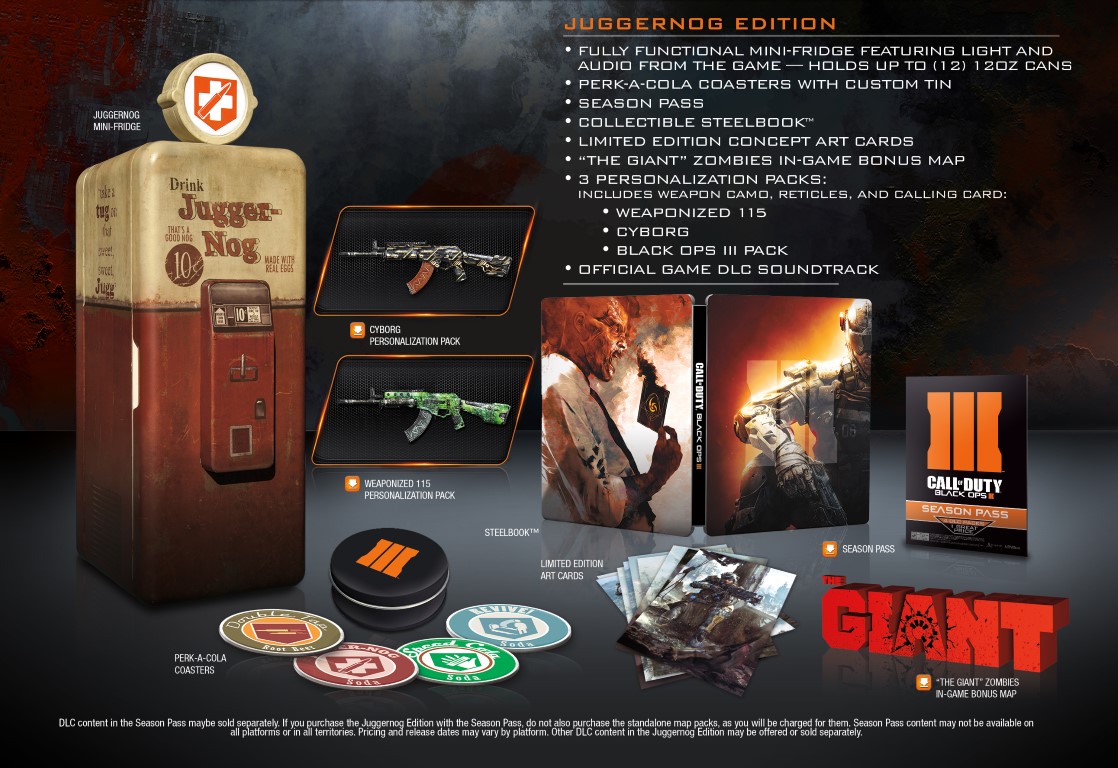 Marking today’s world premiere, Call of Duty: Black Ops III: Zombies – Shadows of Evil is taking over San Diego Comic-Con with an action-packed line-up of activities and events for fans. Kicking off the show, Zombies will be front and centre at a panel hosted by YouTube superstar, and Call of Duty Zombies fanatic, Syndicate (Tom Cassell). The panel features celebrity stars of the Call of Duty Zombies Treyarch series past and present, exclusive giveaways, behind-the-scenes information and the world exclusive first look of Shadows of Evil gameplay. Throughout Comic-Con, fans can also step into the world of Shadows of Evil via an epic immersive experiential activity that places them in the middle of an unrelenting Zombie onslaught, giving them a firsthand look at the survivors’ intertwined stories for the ultimate Call of Duty Zombies brought to life.

And open to the public for the first time, players can get their hands on Call of Duty: Black Ops III multiplayer on PlayStation 4 inside the PlayStation “Road to Greatness” Tour Bus parked right outside the Zombies experience.

Additionally revealed today at San Diego Comic Con, Activision Blizzard launched an exciting campaign with charity fundraising platform Omaze, which gives Call of Duty fans a chance to become a zombie in Call of Duty: Black Ops III. This effort will raise money for the Call of Duty™ Endowment, a non-profit organisation founded by Activision Blizzard CEO Bobby Kotick, which funds best-in-class non-profits helping veterans find good jobs after their service. Activision Blizzard is also matching each donation dollar for dollar up to $1,000,000. Starting today, and running through August 31, 2015, fans can enter by donating $10 or more to the Call of Duty Endowment via Omaze for a chance to be zombified at Treyarch and appear in Call of Duty: Black Ops III DLC. The winner will also have their name immortalised in a Zombies mode level, have lunch with Treyarch Studio Head Mark Lamia, and receive a behind-the-scenes tour of the studio behind the game. This competition is available to Australian and New Zealand entrants. For more information, fans can visit omaze.com/callofduty.

San Diego Comic-Con also marks the reveal of monumental new Call of Duty: Black Ops III brand partnerships as part of the all-out Black Ops III invasion. Dark Horse Comics and Treyarch have teamed up to create an all-new comic book series, written by Larry Hama and pencilled by Marcelo Ferreira, chronicling the exploits of an elite group of soldiers. Additionally, Mega Bloks has created an all-new gold San Diego Comic-Con exclusive Zombies figurine. Fans, 18 years old and up, can pick up a limited edition mini-issue of the Dark Horse Comics Call of Duty: Black Ops III prequel, and the exclusive Mega Bloks Zombies figurine at the show by attending the Black Ops III: Zombies panel to secure a voucher.

Scheduled for release worldwide on November 6, Call of Duty: Black Ops III is published by Activision Publishing, Inc., a wholly owned subsidiary of Activision Blizzard (Nasdaq: ATVI), and developed by Treyarch. The game is in development for PlayStation®4, Xbox One, the all-in-one games and entertainment system from Microsoft and PC. PlayStation®3 computer entertainment system and Xbox 360 games and entertainment system from Microsoft versions are developed by Beenox and Mercenary Technology. The title is not yet rated. For the latest intel, check out: www.callofduty.com, www.facebook.com/callofduty, www.youtube.com/callofduty or follow @CallofDuty on Twitter and Instagram. 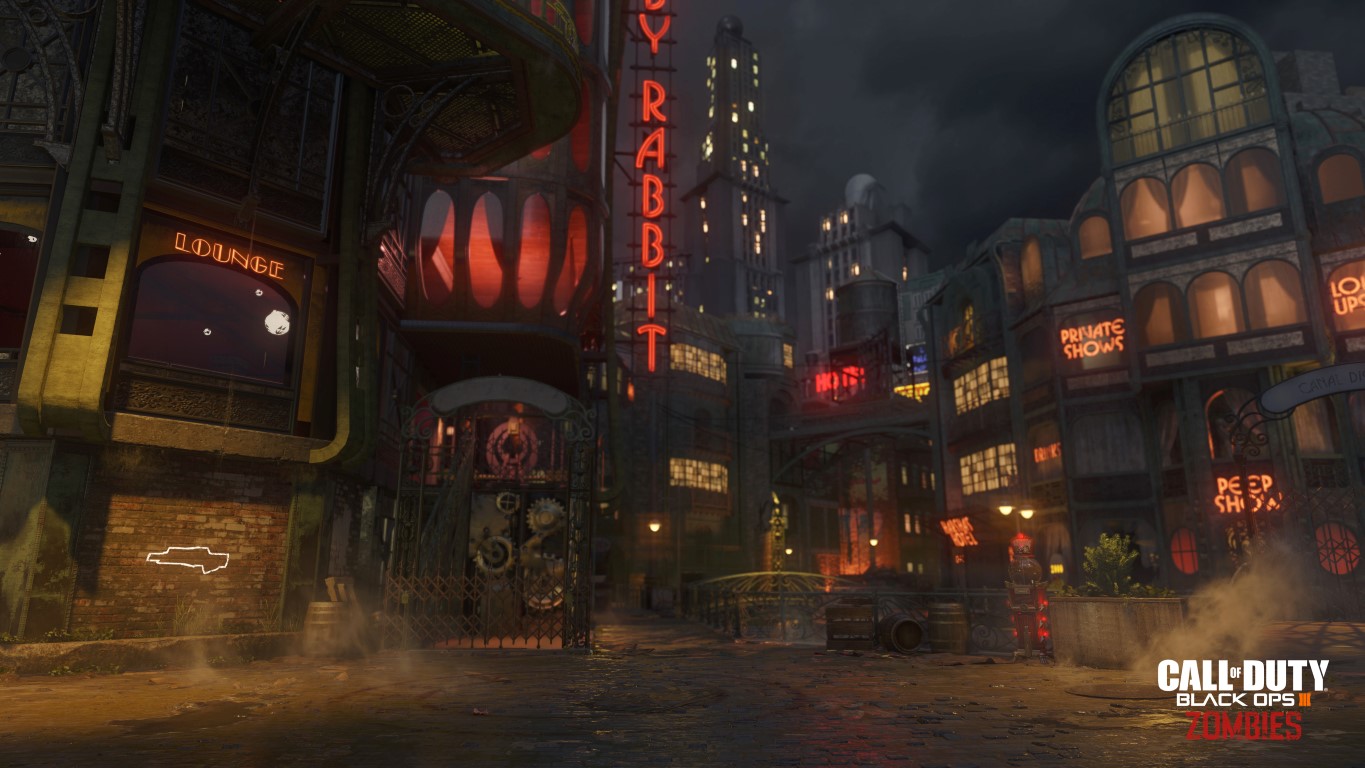 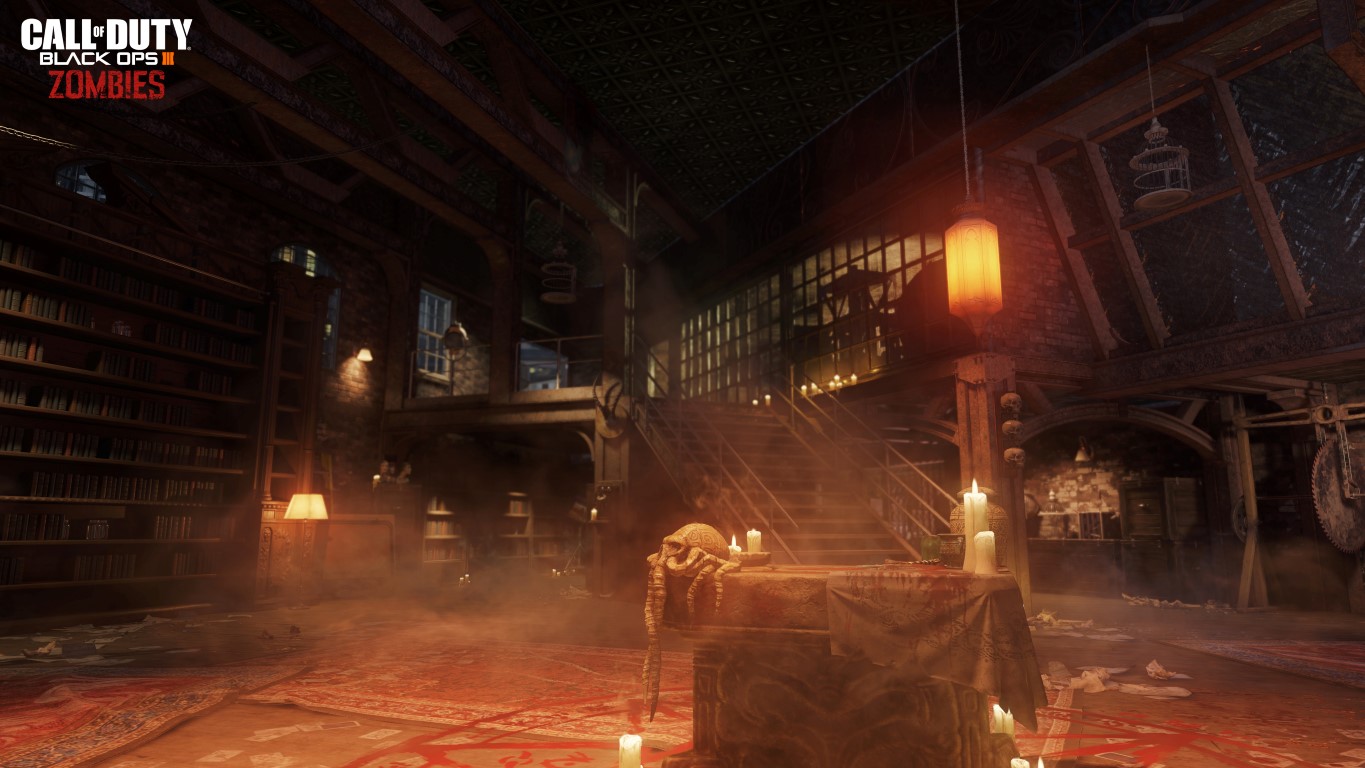 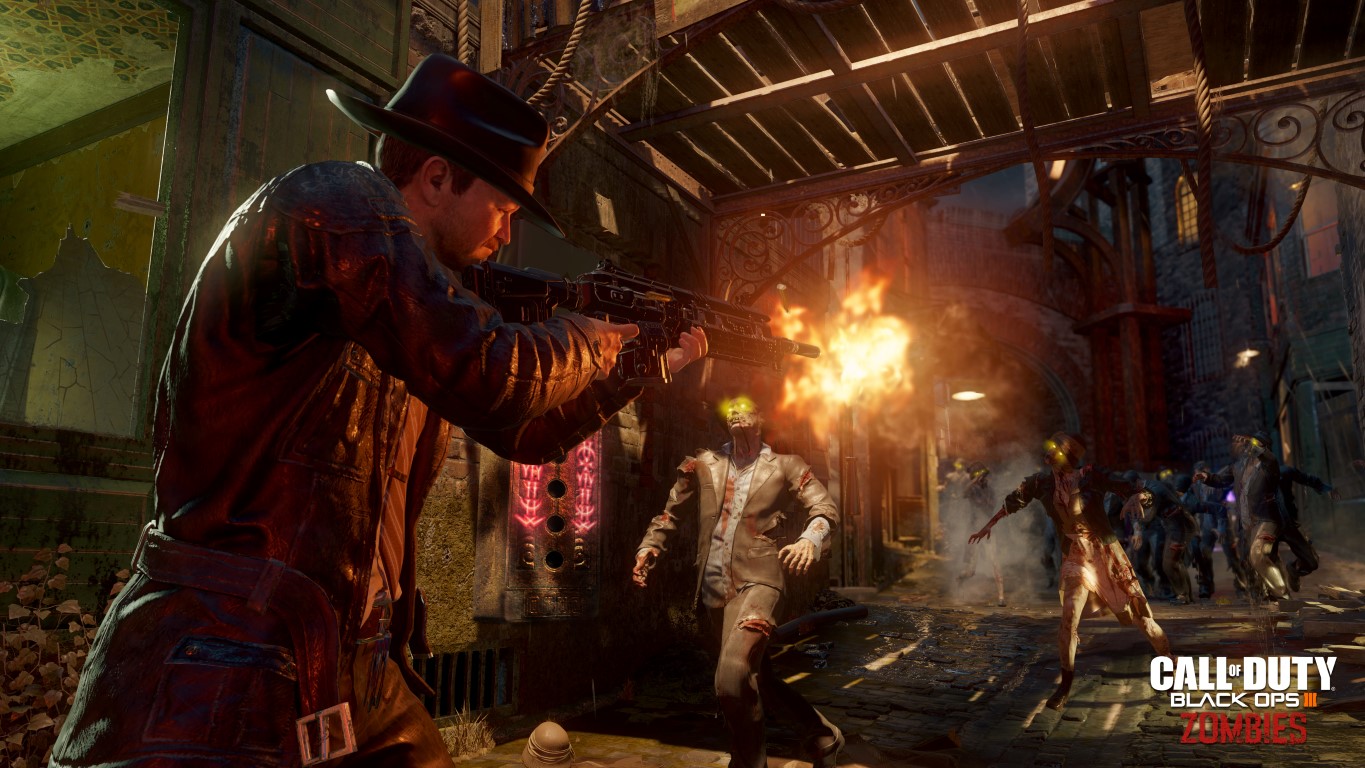