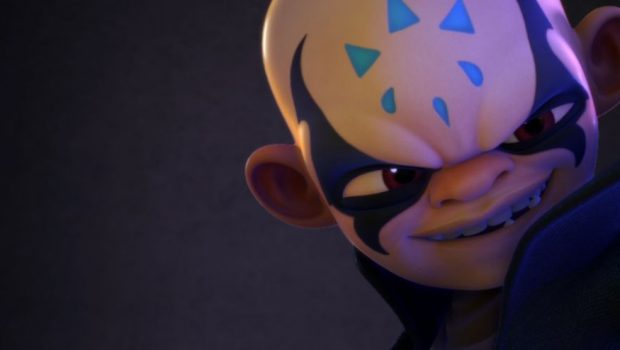 Season 1 to Premiere Exclusively on Netflix on Friday, October 28th

Based on Activision Blizzard’s pioneering Skylanders® video game franchise, Skylanders Academy follows the heroic adventures of Spyro, Eruptor, Stealth Elf, Jet-Vac and Pop Fizz as they travel the vast Skylands universe, protecting it from evil-doers. Skylanders Academy promises to keep viewers on the edge of their seats with epic action for kids of all ages.

Activision Blizzard Studios Co-Presidents Stacey Sher and Nick van Dyk are joined by Activision Blizzard CEO Bobby Kotick and Sander Schwartz, the Emmy award-winning producer of animated hits including The Batman and The Aquabats! Super Show!, as the show’s executive producers. Skylanders Academy is animated by the internationally acclaimed TeamTO studio in France.

Join Netflix audiences worldwide as they learn the “Skylanders Way” on October 28. Season 2 of Skylanders Academy will premiere on Netflix in late 2017.

The newest Skylanders game, Skylanders Imaginators, empowers players to unleash their imaginations by giving them the freedom to create their own Skylanders. It will be on store shelves on October 13, 2016.