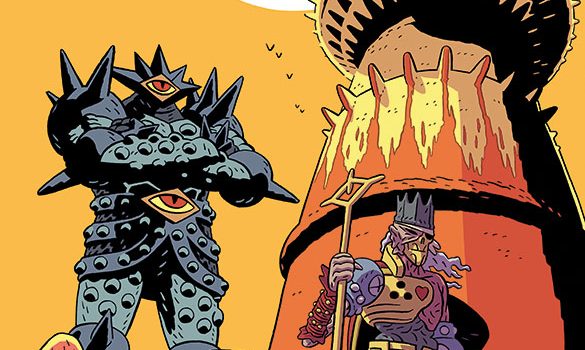 In HEAD LOPPER #5, a daring new adventure awaits, looming like the Crimson Tower, home of Ulrich the Twice Damned, sworn enemy of Zhaania Kota Ka. With old friends and new, our heroes boldly enter the bloodied pinnacle with bare steel and steady hearts.

“MacLean’s high-contrast, minimalist art style is heavily inspired by Mignola’s work on Hellboy, although there’s a clean, animated quality to MacLean’s work that gives it a smoother look than Mignola’s increasingly rough art… could easily be mistaken for Mignola, with its haunting mood, stark composition, and atmospheric graphic elements in the web of branches above and inky water below, but there’s a roundness to MacLean’s style that makes his art less severe, which is much more appropriate for the lighter tone of his storytelling.” —The Onion’s A.V. Club

“MacLean’s art has the spirit of a woodcut and the flair of a late-night cartoon, and with one minimalist action sequence after another, it has head-lopped its way into my heart.” —Multiversity Comics

“Action-packed, bloody, and sometimes humorous, HEAD LOPPER is a solid fantasy epic the likes of which has to be seen to be believed.” —ComicsVerse

“HEAD LOPPER is a glorious visual buffet, filled to the brim with crazy action and intriguing characters.” —Comicosity 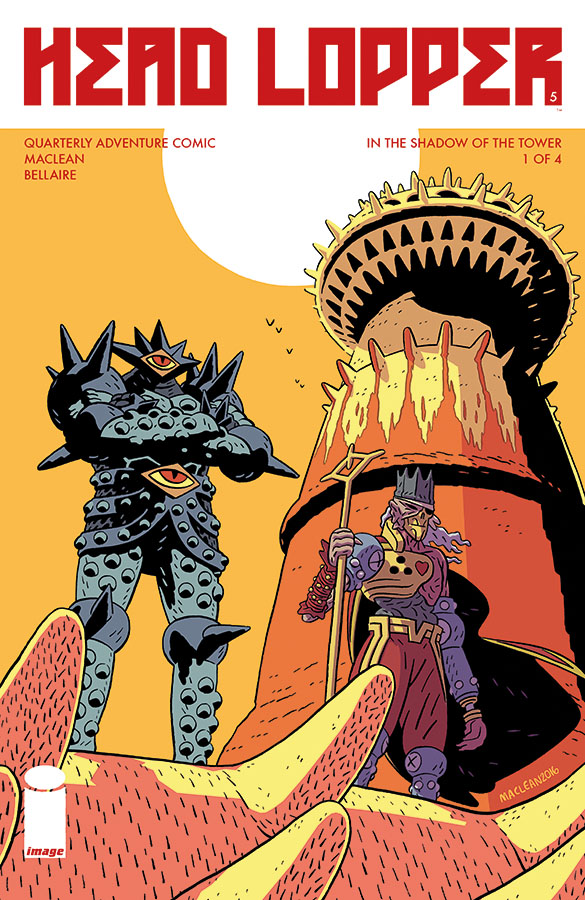 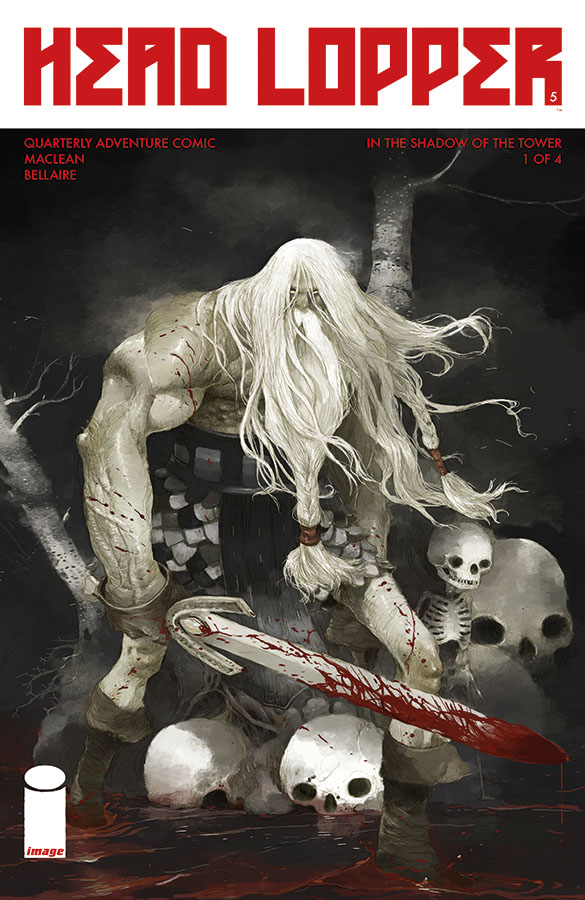