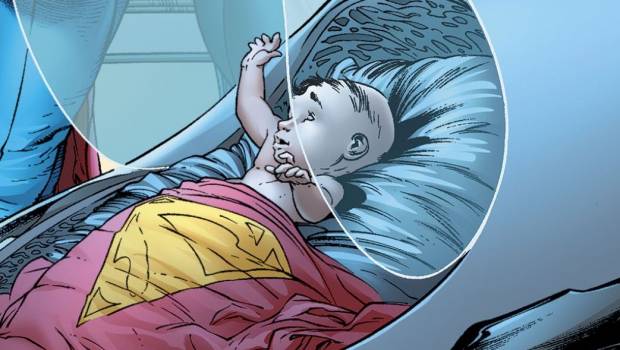 Summary: Superman (& Booster) SAVE the day in Action Comics #998

With one of the best runs on Superman thanks to writer/artist Dan Jurgens about to come to an end, the story of a time lost Clark Kent continues as he finds himself and Booster Gold captured by his nemesis General Zod. As Zod, his wife and their child attempt to destroy Superman and Booster Gold once and for all, they are rescued by the seemingly destroyed droid Skeets who has taken over the body of one of the cyborg enforcers of New Krypton.

This rescue gives Superman the chance to gain the upper hand on their enemies momentarily as Skeets repairs the time sphere in order for them to return to their own timeline. Although Superman questions leaving this world to the fate of Zod, he is given the chance to perhaps rectify this world as the future is malleable. Superman is also given a heart to heart from Booster that if he tries to save Krypton, it will forever change the timestream but the last Kryptonian pleads for a chance to see whether this father Jor-El (aka Mr Oz) survived the destruction of this planet.

In a bitter sweet ending, Superman is given this chance and although his mother dies, his father is saved by the ‘blue’ energy which confirms the truth that Mr Oz is indeed the father of Superman. Back in the present, Superman finds out that Lois is in the African nature of Logamba and is allowed to prevent their deaths by saving the day, including General Lane. The issue ends with a fun encounter between the Flash, Booster and Superman about ‘stealing’ the cosmic treadmill.

All in all, Action Comics #998 was a fun read and provided a satisfying conclusion to this current arc. Like previous issues, it was well written by Dan Jurgens and beautifully illustrated by Will Conrad who was born to draw the Man of Steel. So with the end of this chapter of Superman almost over, a new chapter is about to begin but before that, we still have Action Comics #999 to come! 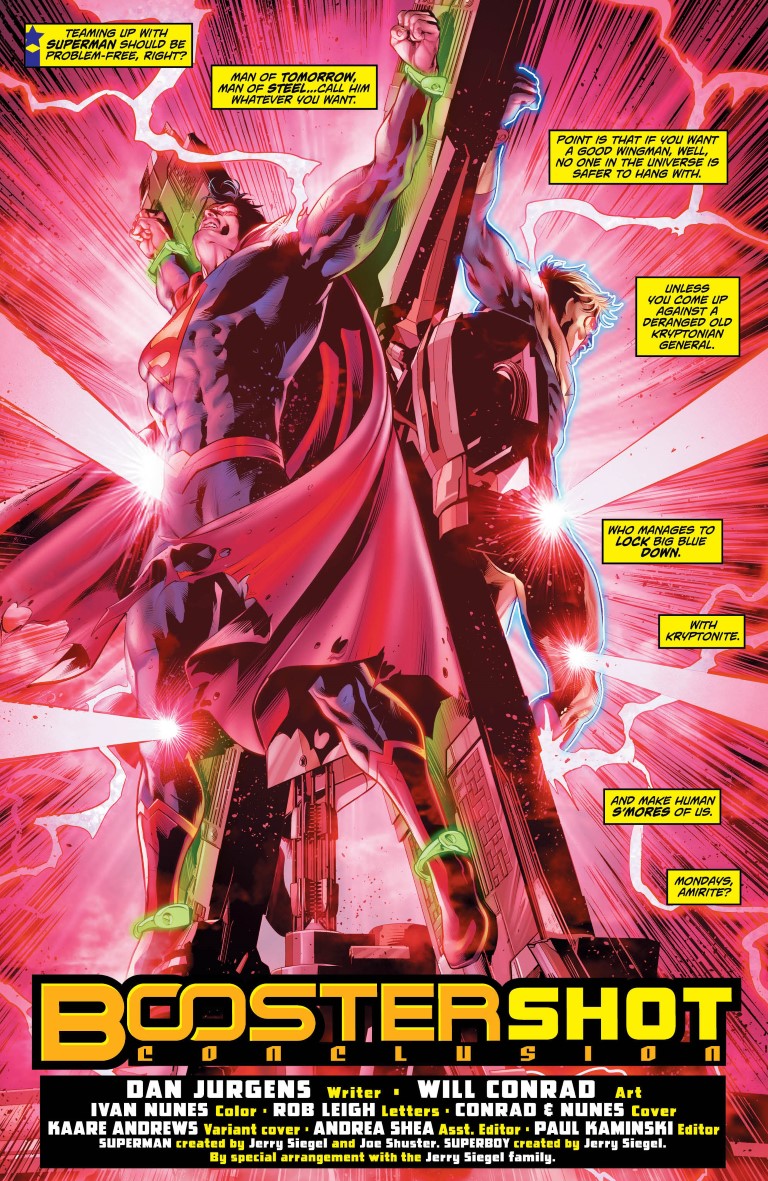 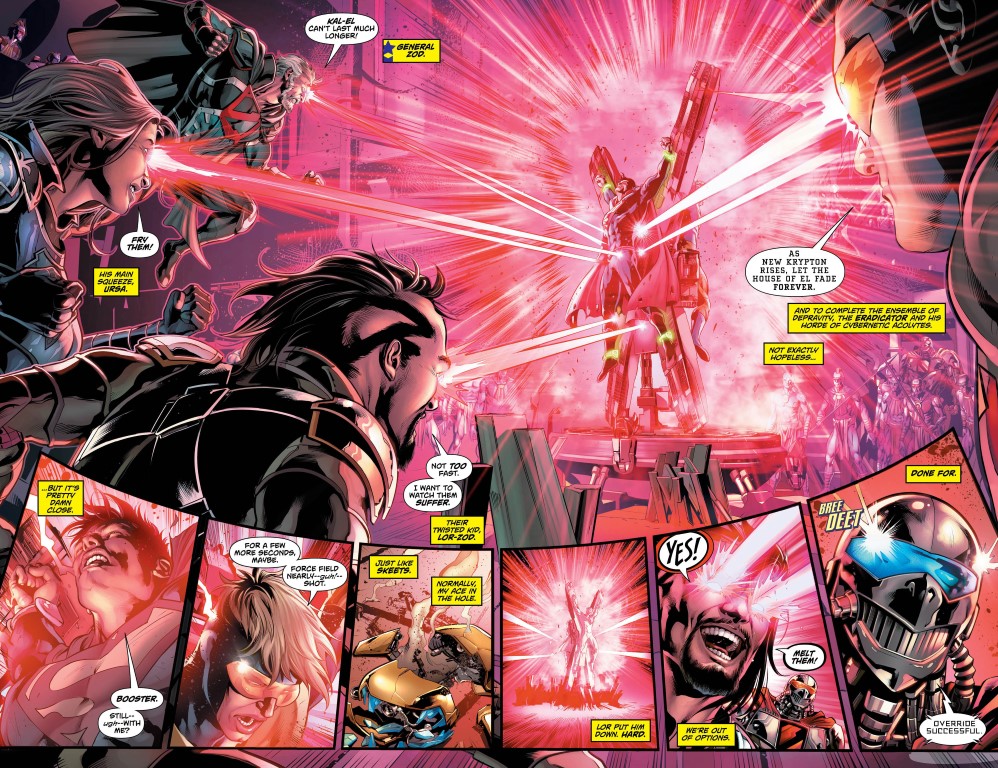 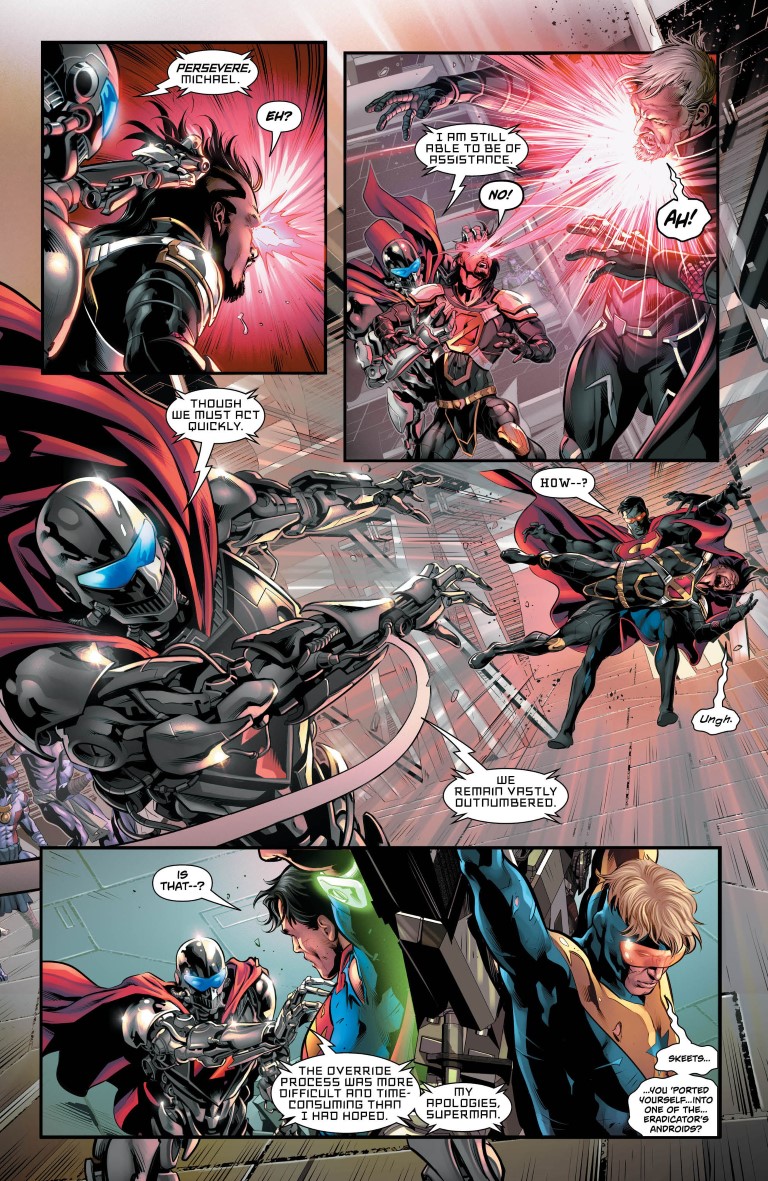 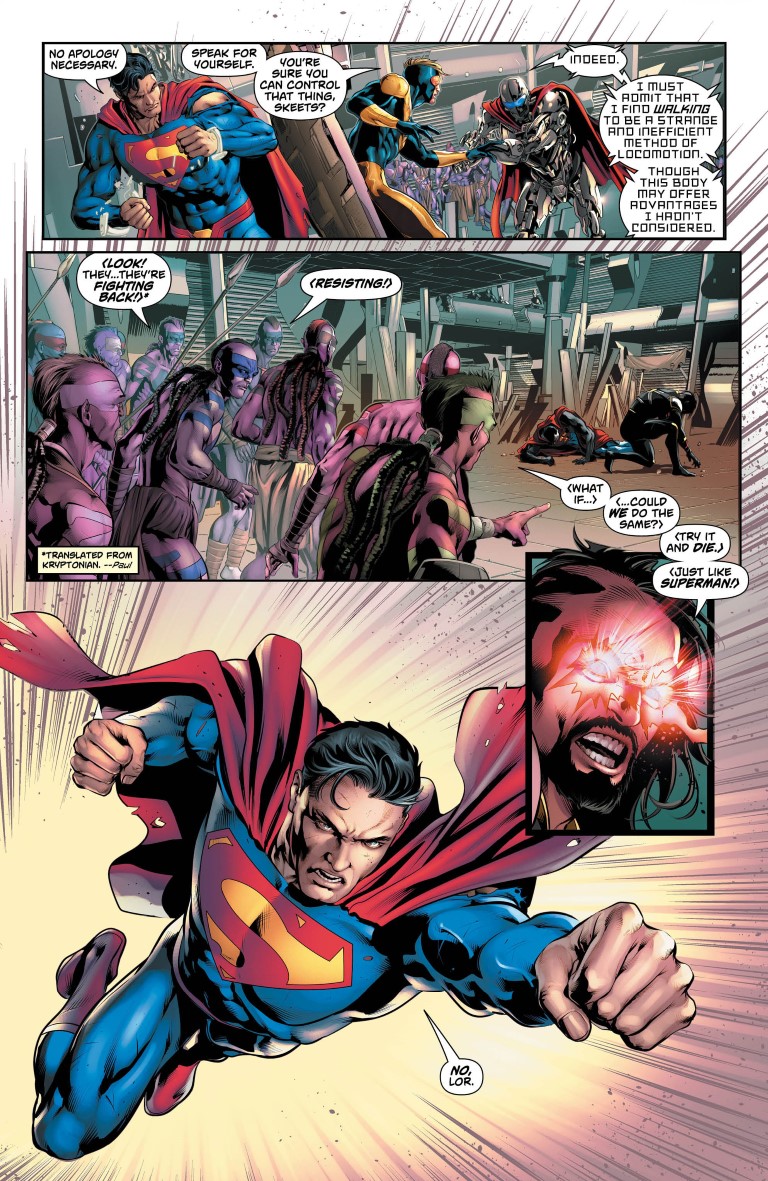 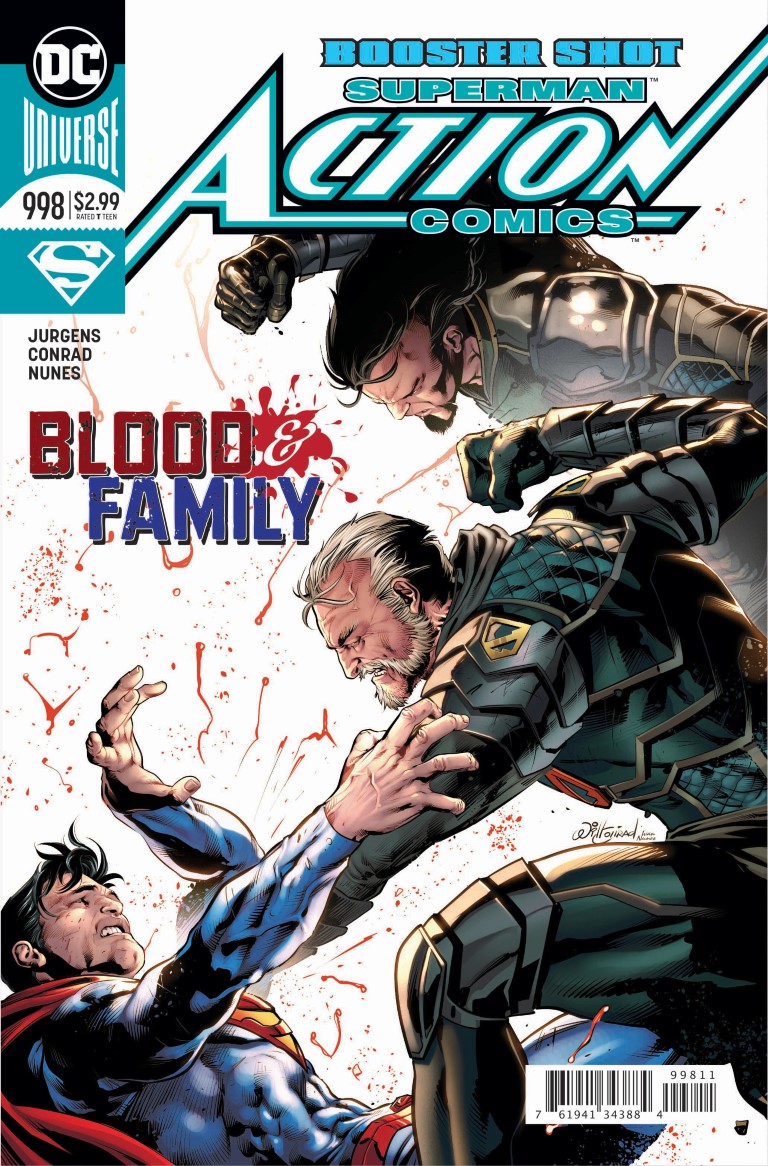 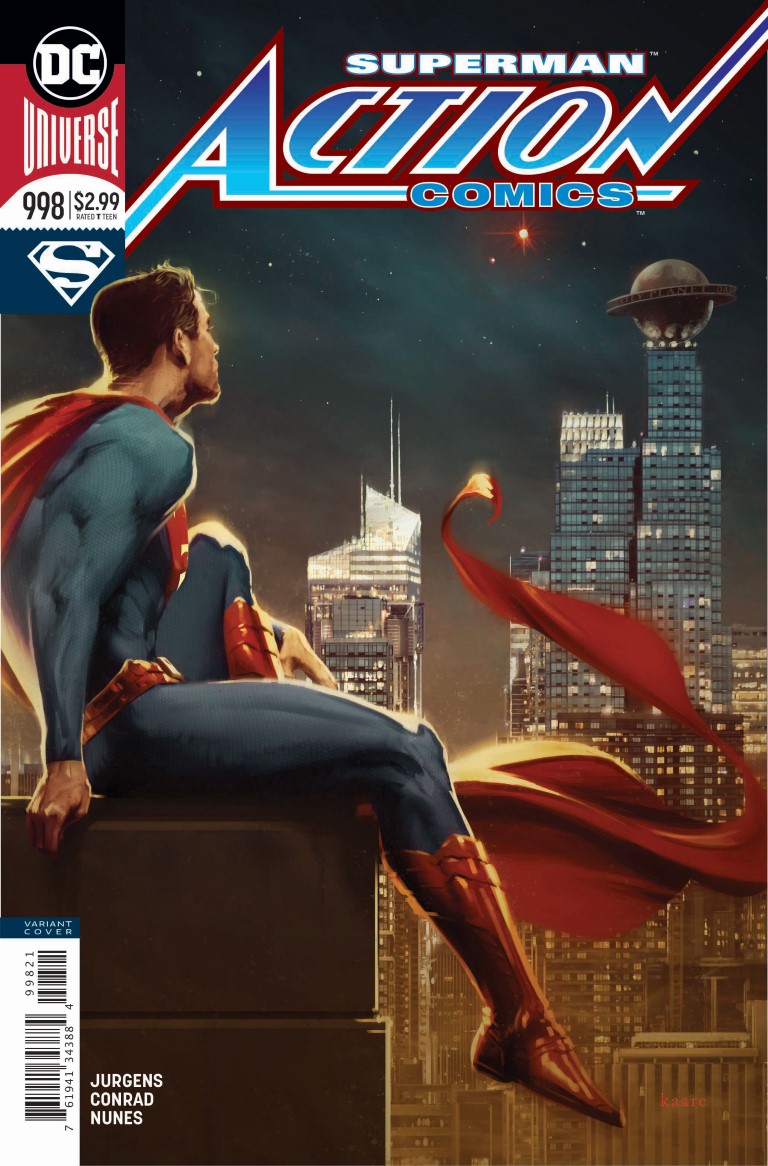