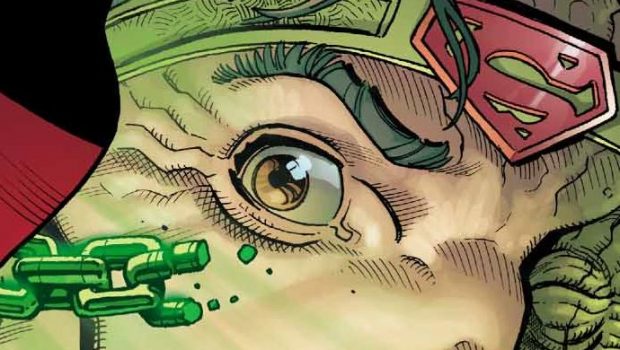 Dan Jurgens gives us the next chapter of The Oz Effect Part 5 as Superman has been pushed to his limits by his supposed father, Jor-El. As Kal is about to take his father down, both Lois and Jon intervene with their son pleading for his dad to give his grandfather a chance. Jor-El has one more trick up his sleeve as he takes his son to where he was imprisoned, a place free from the restraints of space and time.

A battle between the two Kryptonians ensues and Superman finds the jail where Mxyztplik was imprisoned and he learns that his jailer was Jor El who still believes that he is trying to save his son. Jor El then uses kryptonite on his son in order to weaken him and get the upper hand and in a moment of weakness, Clark manages to get the upper hand on his father where he destroys the staff of Jor-El which was seemingly his source of power.

Also this staff was keeping the kryptonite embedded in Jor-El’s skull at bay and finally, his father apologies, however it is too late as he is taken by the blue light… Dr Manhattan? Before he goes, Clark’s father gives him a warning that he must save Jon, Lois and himself from the threat that is coming to Earth. Somehow Clark returns to Earth where he vows to Jon that he will find his grandfather.

Wow… what an interesting issue but it also created more questions as Jurgens successfully ends this arc and once again adds to the Superman mythos. Supporting the story was the majestic art of Viktor Bogdanovic who was truly born to draw Superman and added some great emotional panels into the story, not to mention flawless action scenes.

All in all, it was a fun story arc that is not finished yet! 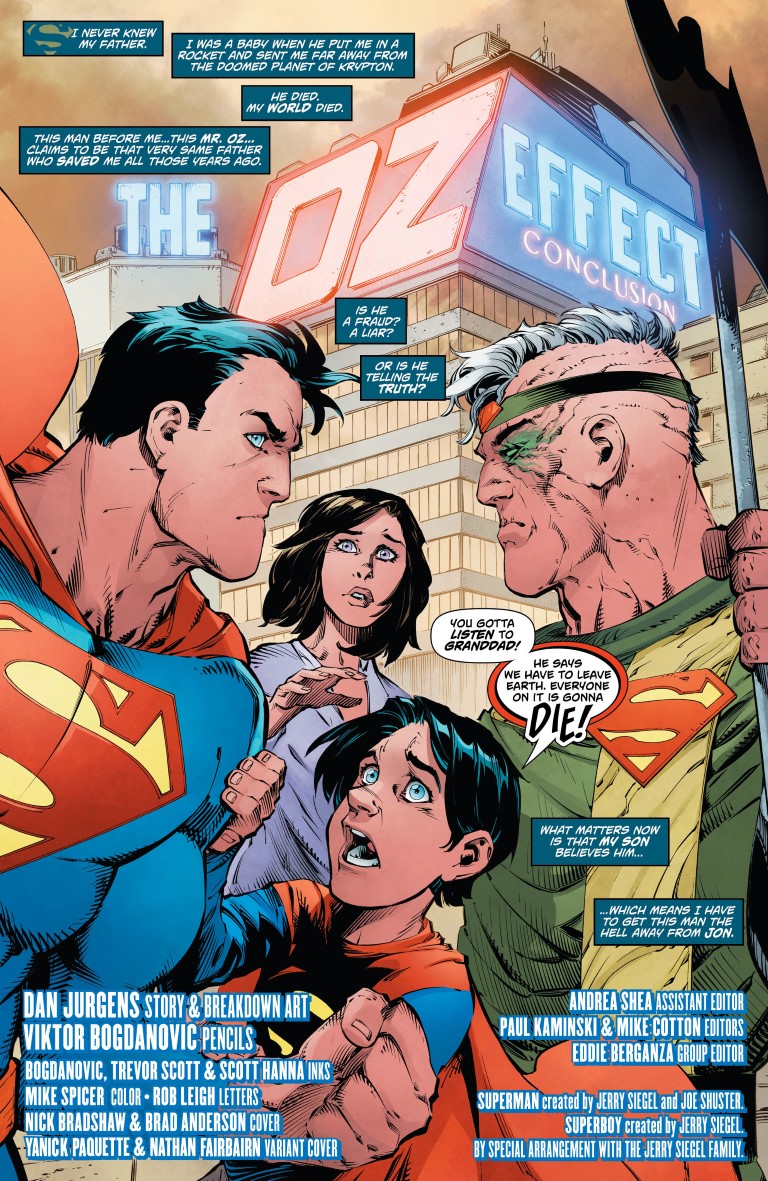 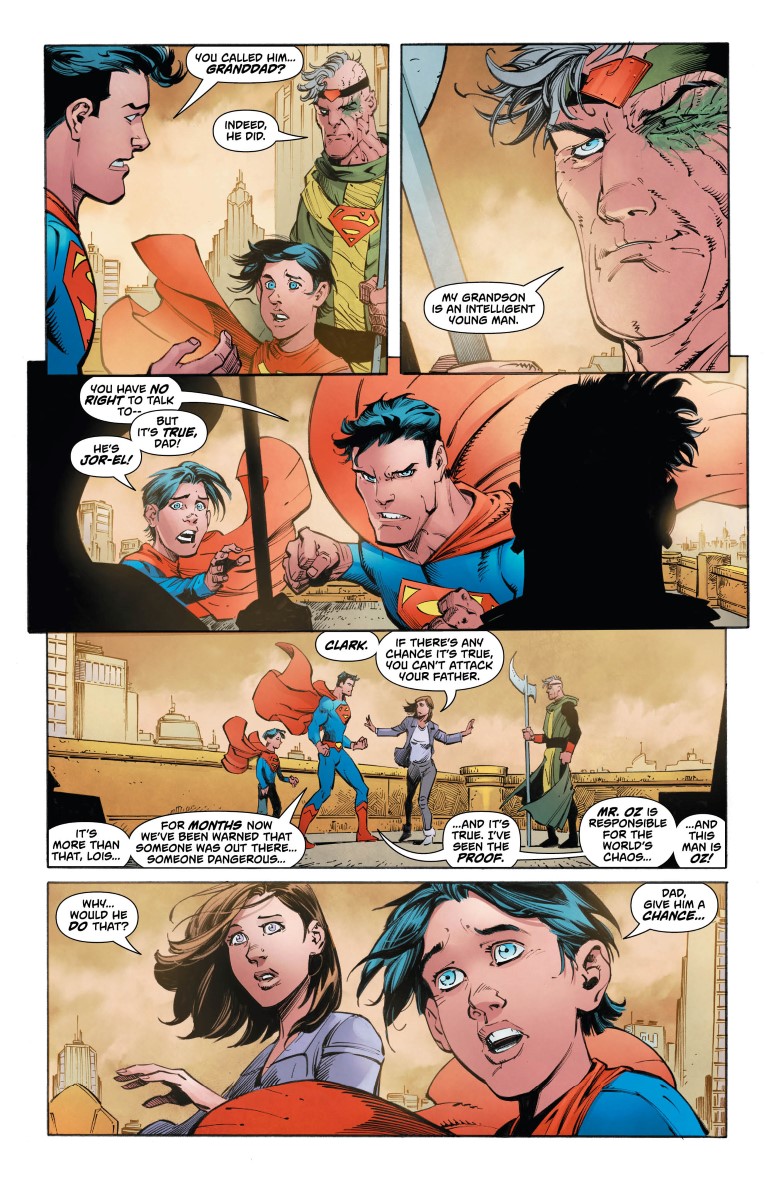 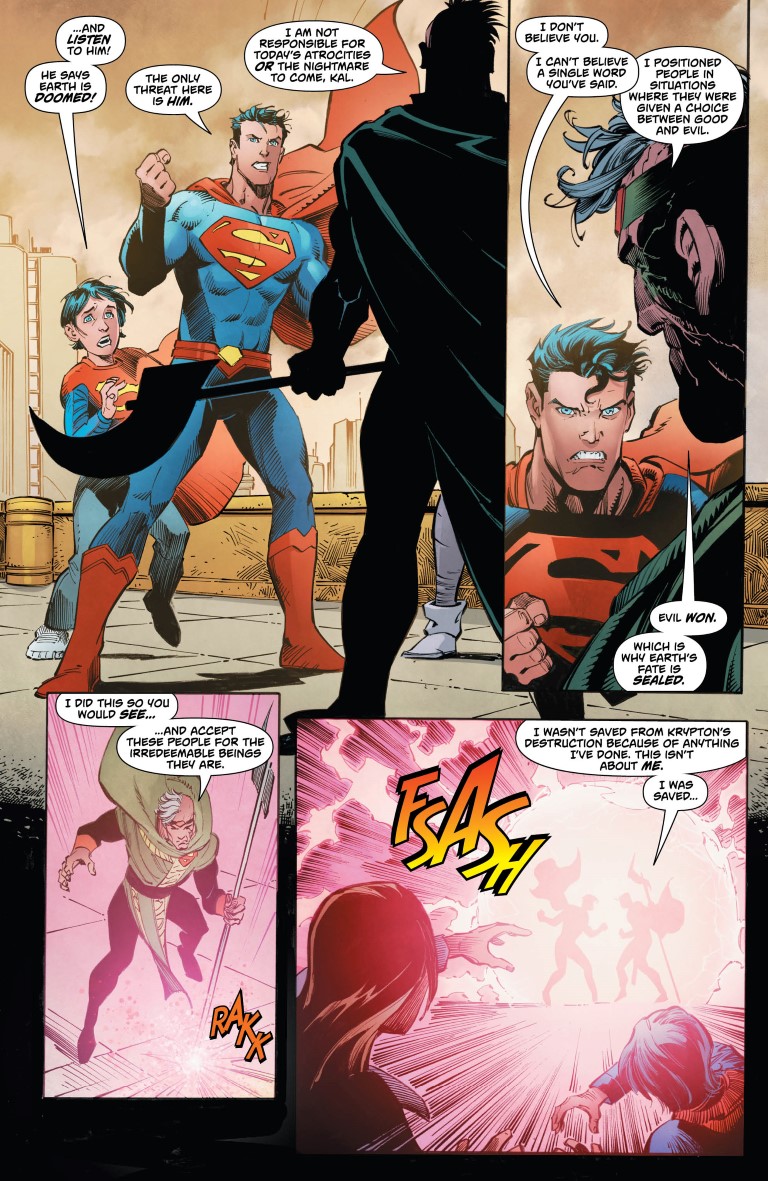 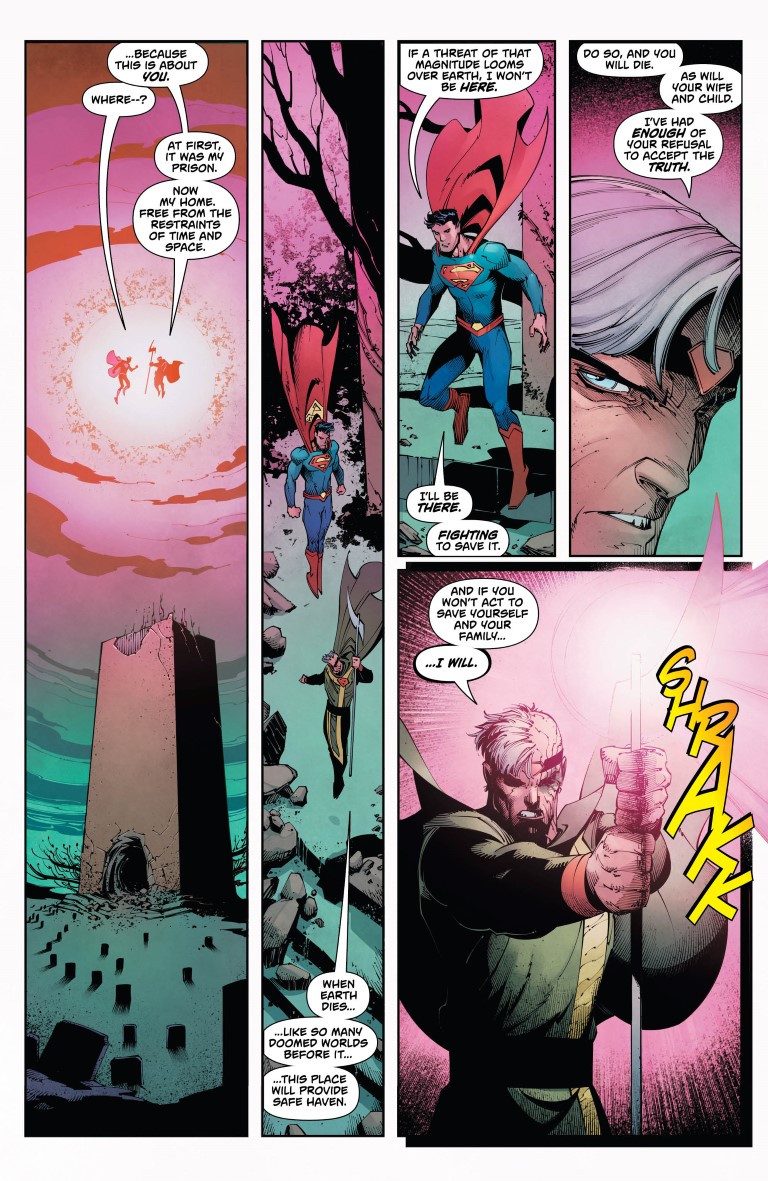 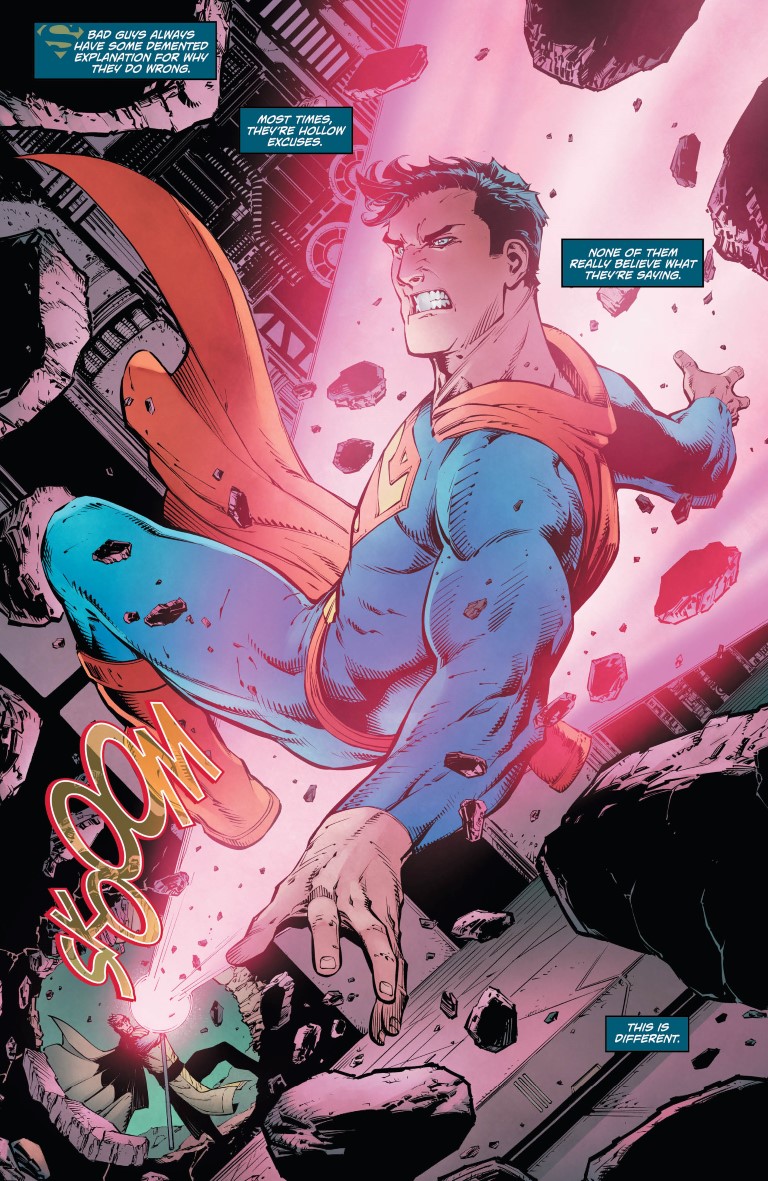 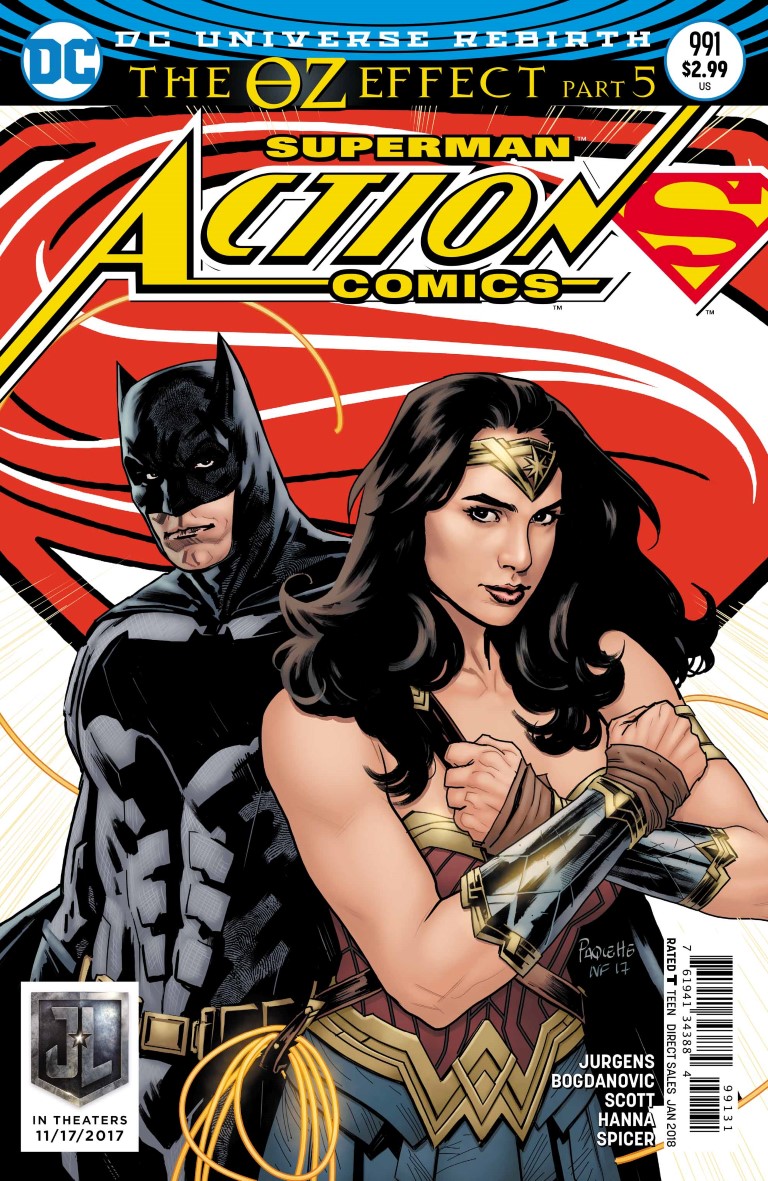 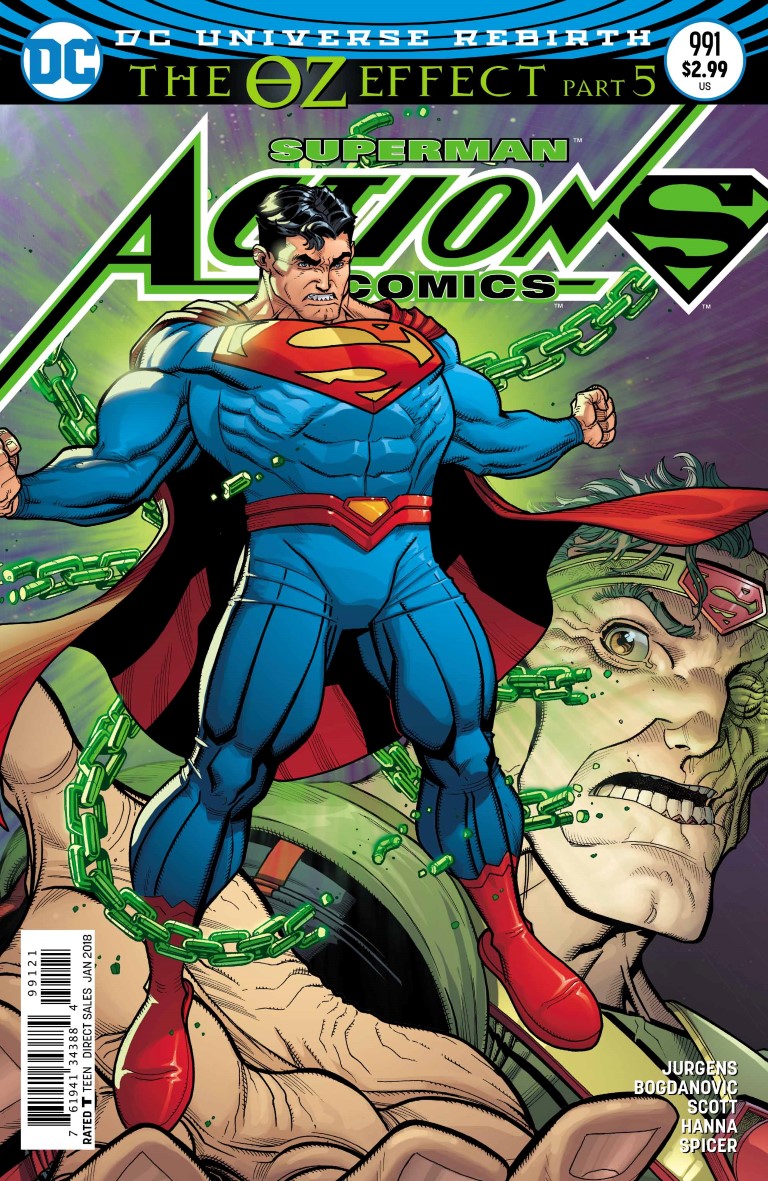