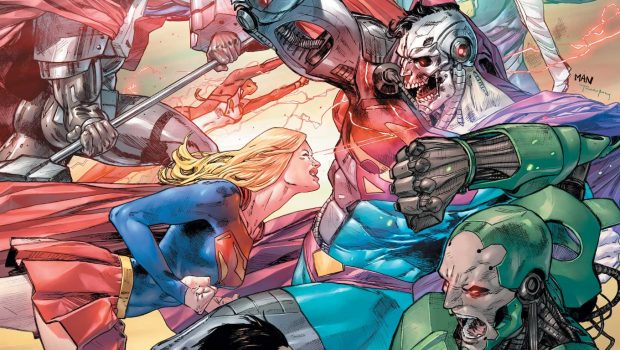 Summary: Action Comics #984 is another hit from Dan Jurgens and co!

After the shocking ending of the previous issue, the enemies of Superman have claimed the Fortress of Solitude, however it’s not the end. As writer Dan Jurgens, the definitive Superman scribe of the post-Rebirth universe concludes his Revenge story, this issue is filled with unexpected twists and a totally unexpected conclusion as the story begins with Lois searching for her son Jon with Krypto as she tries to piece together his whereabouts.

“Cruel. Twisted. And not without potential.”
– Lex Luthor

However the analogy of no honour among thieves rings true as Zod crushes his allies in some spectacular fashion, especially by sending Mongul into space with one punch. With Supergirl still on Earth, Zod prepares to annihilate the ‘last’ line of Zor-el, only to be stopped by the Kryptonian battle suit which is controlled by none other than Jonathan Kent.

“The House of Zod will be complete!”
– General Zod

Joining Jon is Supergirl and with the odds against Zod, a Kryptonian day of reckoning commences while in the Phantom Zone we discover why the general sent the Eradicator with his foes. With one of the biggest revelations of the issue, Zod’s wife Ursa and their son of Lor-Zod was the reason why the General wanted the technology to enter the Phantom Zone. Unable to keep Jon, Supergirl and Krypto at Bay, General Zod manages to bring his wife and son back to Earth as they flee.

It is here where Superman returns his allies and makes the decision of keeping Cyborg Superman in the Phantom Zone for his crimes against humanity. The mysterious ‘Oz’ makes another appearance and we discover that he helped Jon in the Fortress, although his identity is still a mystery… however Jurgens drops a few more breadcrumbs. There is a rumour that Mr Oz may actually have ties to Superman and this may ring true!

Finally we have the amazing art of Pat Zircher who perfectly captures the mythology of Superman, his enemies and allies in ‘super’ perfection. His art really brought this final issue to life which was not only dynamic but quite explosive at times.

“Oh Lois. I hope you will expand your way of thinking before we meet.”
– Mr Oz

Action Comics 984 started spectacularly and ended in the same manner! It’s Superman and his world at his best and more importantly, it opens up the mythology of the Man of Steel even more… highly recommended! 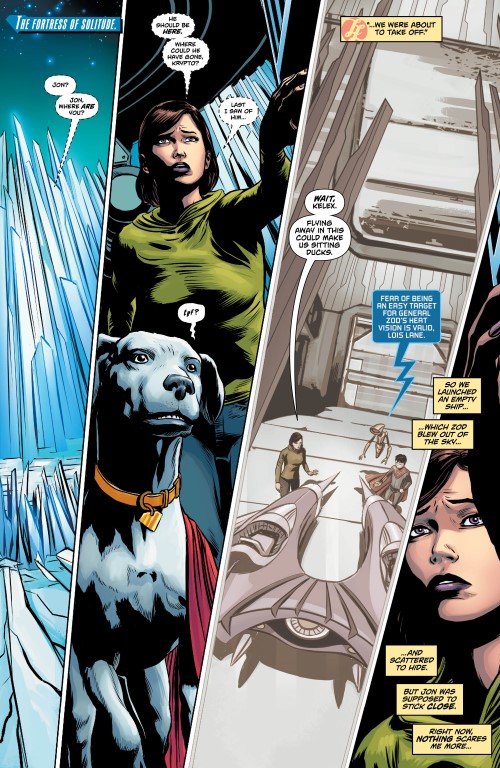 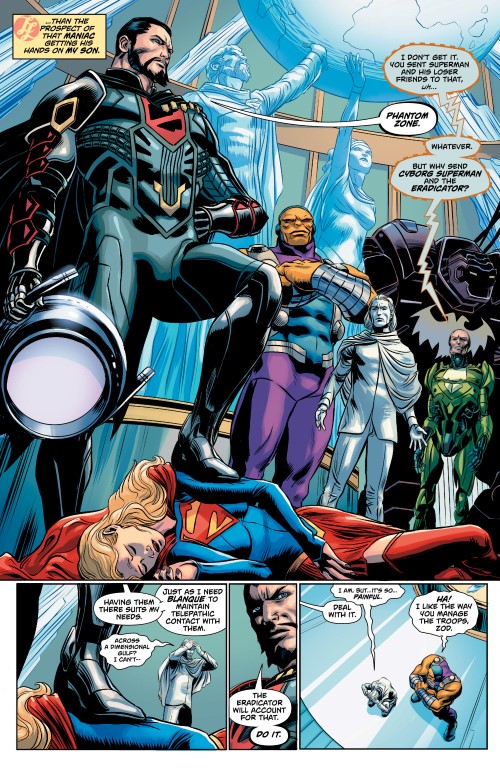 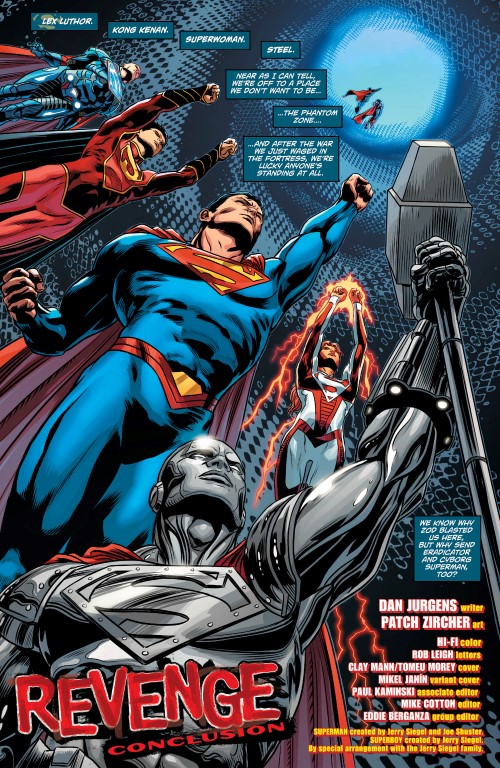 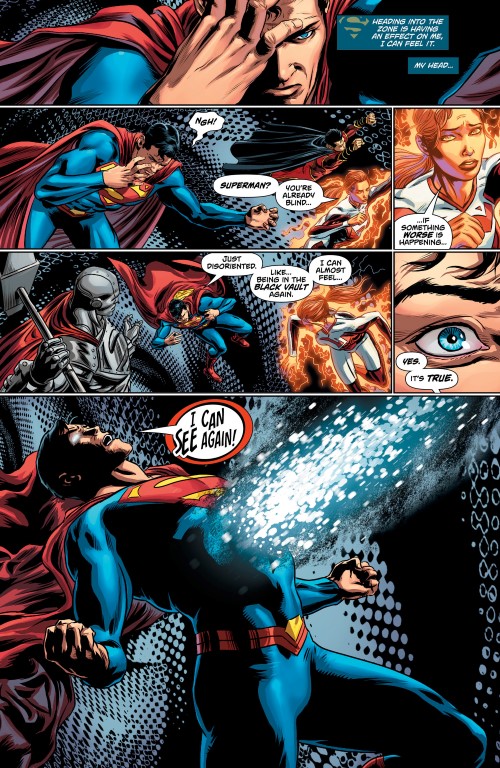 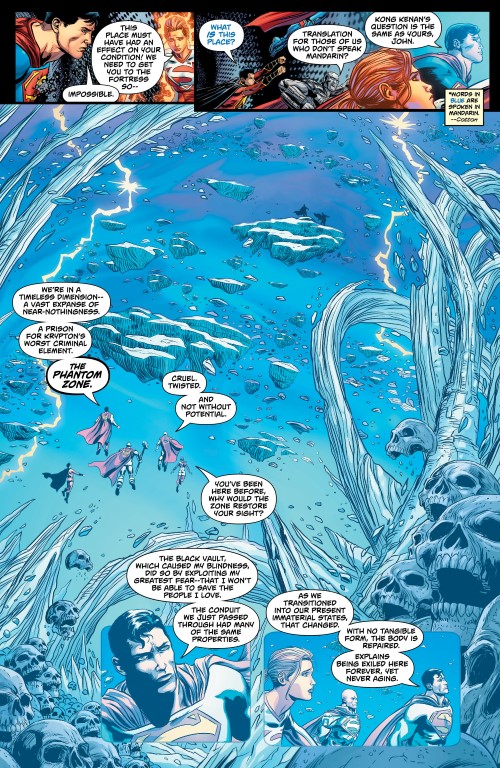 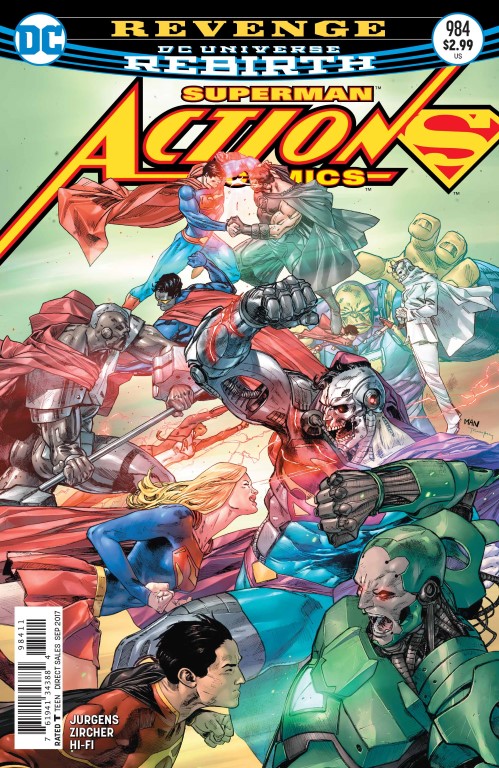 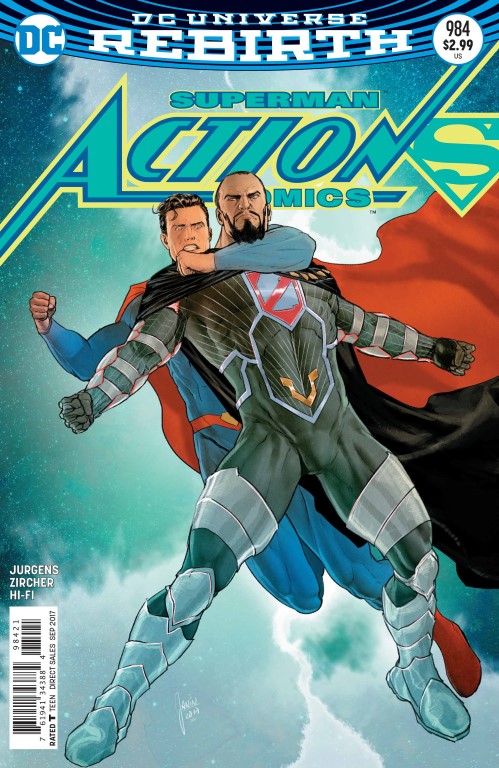